Accessibility links
Democrat Blocks Trump's Plans To Repaint Air Force One Rep. Joe Courtney, D-Conn., has attached an amendment to the annual defense policy bill to keep Trump's designs for the next presidential plane within budget.

Trump's Designs For Revamped Air Force One May Not Take Off

Trump's Designs For Revamped Air Force One May Not Take Off 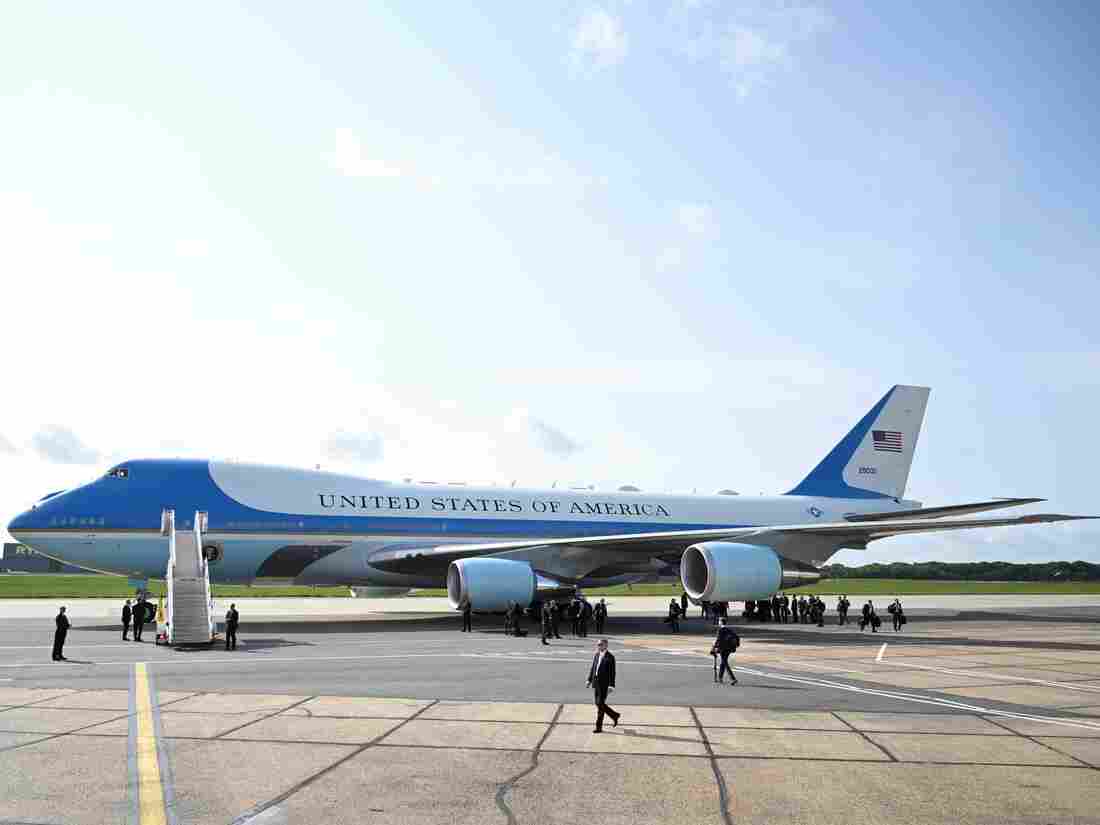 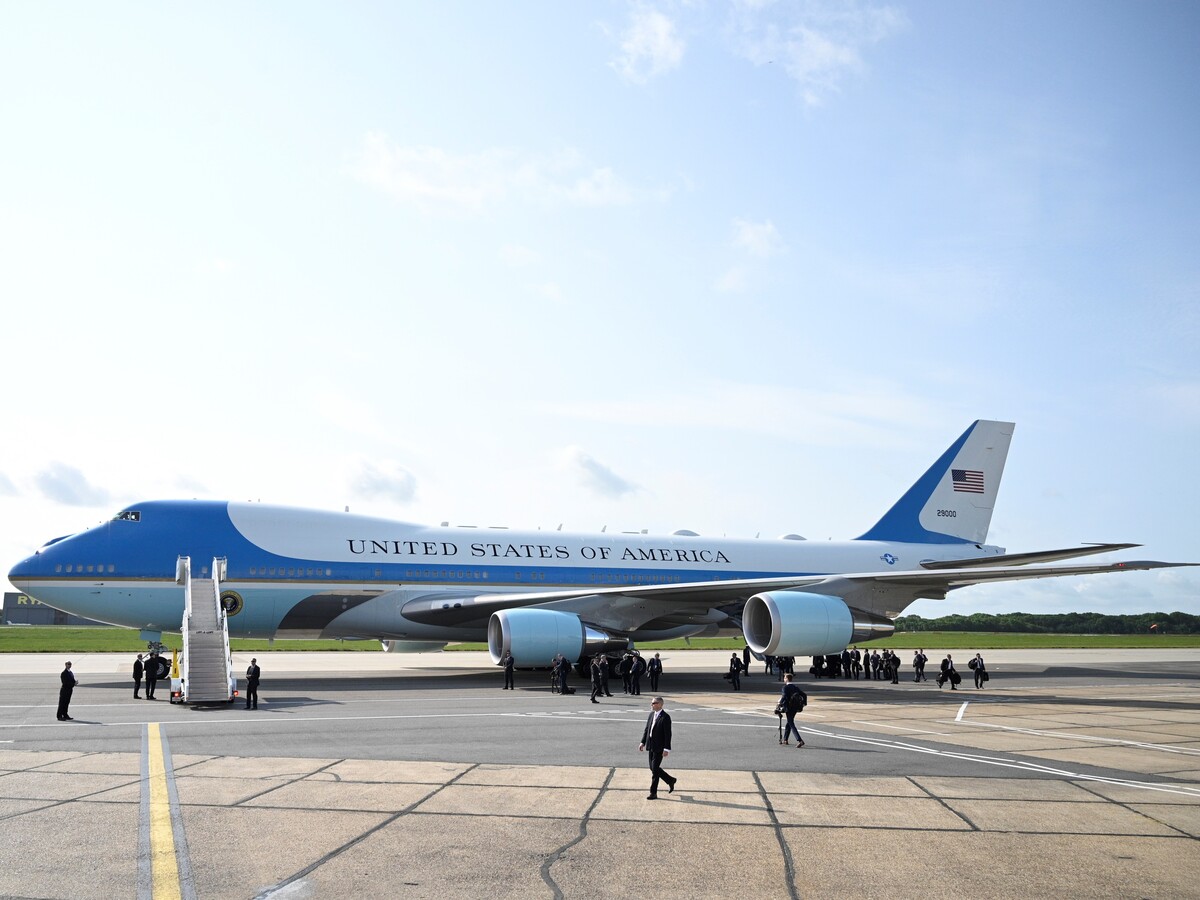 Air Force One following the arrival of U.S. President Donald Trump at Stansted Airport on June 3, 2019 in London, England.

President Trump may not be seeing red, white and blue on a newly revamped Air Force One after all.

A House Democrat added a provision to the annual defense policy bill to put a stop to the president's patriotic design project. It will keep two new versions of the Boeing 747 aircraft within the projected spending target by banning certain paint jobs and other extras.

Rep. Joe Courtney, D-Conn., said the provision is necessary to avoid extra spending that goes beyond the project's $3.9 billion budget. The contract for the planes includes an "over and above" clause that could allow the project spending to go out of control, he warned.

"It will be a well-appointed plane when the new ones roll out," Courtney said during a marathon session for the defense legislation before the House Armed Services Committee. "What we're trying to do is just make sure that the 'over and above' clause provision of the Air Force One contract does not become basically a back door for the program to hemorrhage in terms of additional costs."

The amendment was adopted at the end of the hourslong hearing Thursday morning as part of the House panel's overall passage of the 2020 National Defense Authorization Act.

The amendment comes just days after Trump was lauding a new rendering of the jet during an interview with ABC's George Stephanopoulos. Some said the new look would take its traditional colors from shades of blue to a red, white and blue that appear very similar to the president's campaign look.

Trump also said it's a much bigger version than the current model.

"Here's your new Air Force One, and I'm doing that for other presidents, not for me," Trump told Stephanopolous.

Boeing and Trump reached a new $3.9 billion deal on the plan last July. The new Air Force One could be unveiled as early as 2024.

Courtney said concerns about spending arose in June 2018 after the Air Force sought to add a new $25 million refrigeration system to the president's plane.

The Connecticut Democrat, who chairs the House Armed Services Committee's Subcommittee on Seapower and Projection Forces, said his subpanel got involved in the issue after word of the plan got out.

"Our subcommittee ... is trying to exercise more oversight," he said.

Courtney said the committee coordinated with then-Air Force Secretary Heather Wilson, who then canceled the plans for that system.