Accessibility links
A Muslim In Rural, White Minnesota On How To 'Love Thy Neighbor' After Donald Trump's election, Dr. Ayaz Virji started giving talks to mostly white, Christian audiences in rural Minnesota to try to dispel misconceptions about Muslims. He faced a lot of backlash. 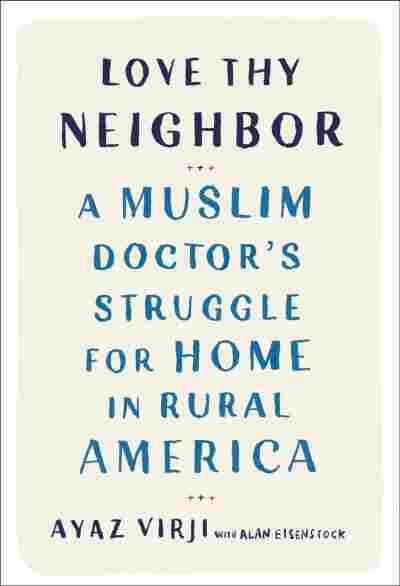 A Muslim Doctor's Struggle for Home in Rural America

He had left a good job in a leadership position at a successful hospital in Harrisburg, Penn., in order to practice medicine in a rural, underserved area.

Virji says he "had the BMWs, the nice house, but it wasn't enough for me, I wanted to do more." Rural America faces a shortage of doctors, with many residents forgoing care and saying locations are too far away. "So I felt like I should do something about that. And it was back to the idea: If not me, then who?" he says.

He moved with his family to Dawson, Minn., in 2014. As far as he knew, they were the only Muslims in town. Virji describes the small city — population 1,500 or so — as filled with "very gracious" people who welcomed the family to the community.

"People there are kind, you know, many of them are far better than I am as a person."

But something seemed to change when Donald Trump started whipping crowds into a frenzy with anti-Muslim rhetoric. For Virji, the 2016 election was a turning point. He wondered how his neighbors, who had been so welcoming, could vote for someone who said that "Islam hates us" and had proposed a "total and complete shutdown of Muslims entering the United States."

Mandy France, who was training to be a local pastor at the time, invited Virji to give a lecture about his faith. He ended up giving a series of talks about Islam to his neighbors and people in surrounding communities in 2017. Virji wrote about the experience in the book Love Thy Neighbor: A Muslim Doctor's Struggle for Home in Rural America. He talked with NPR's Michel Martin.

I'd say that the biggest thing that I remember that bothered me the most, and probably still does, is that when we decided to do the lecture, when I decided, listen, I'm going to put aside my own anger. I said, listen, we're going to do something good and put these lectures on — that people in my own community protested. 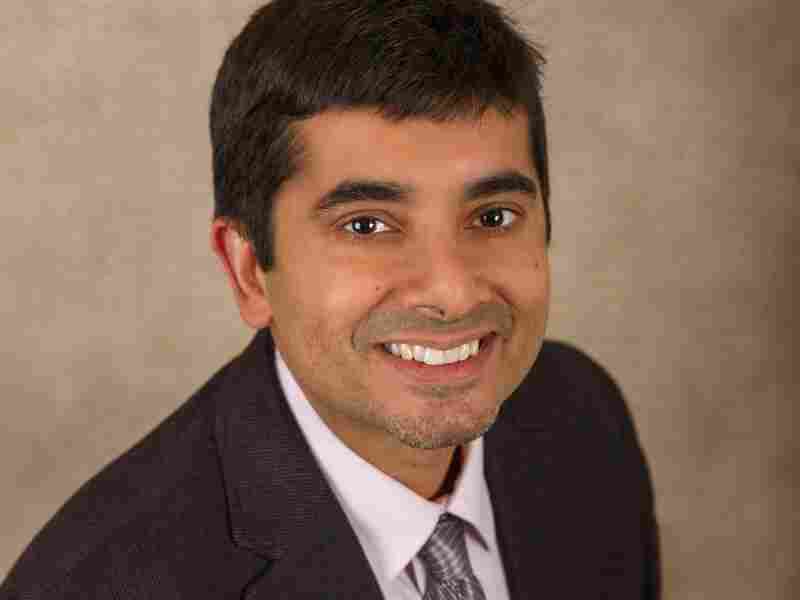 Ayaz Virji moved with his family to a small city in Minnesota. They were the only Muslims in town. Virji gave a series of talks about Islam. Courtesy of Penguin Random House hide caption 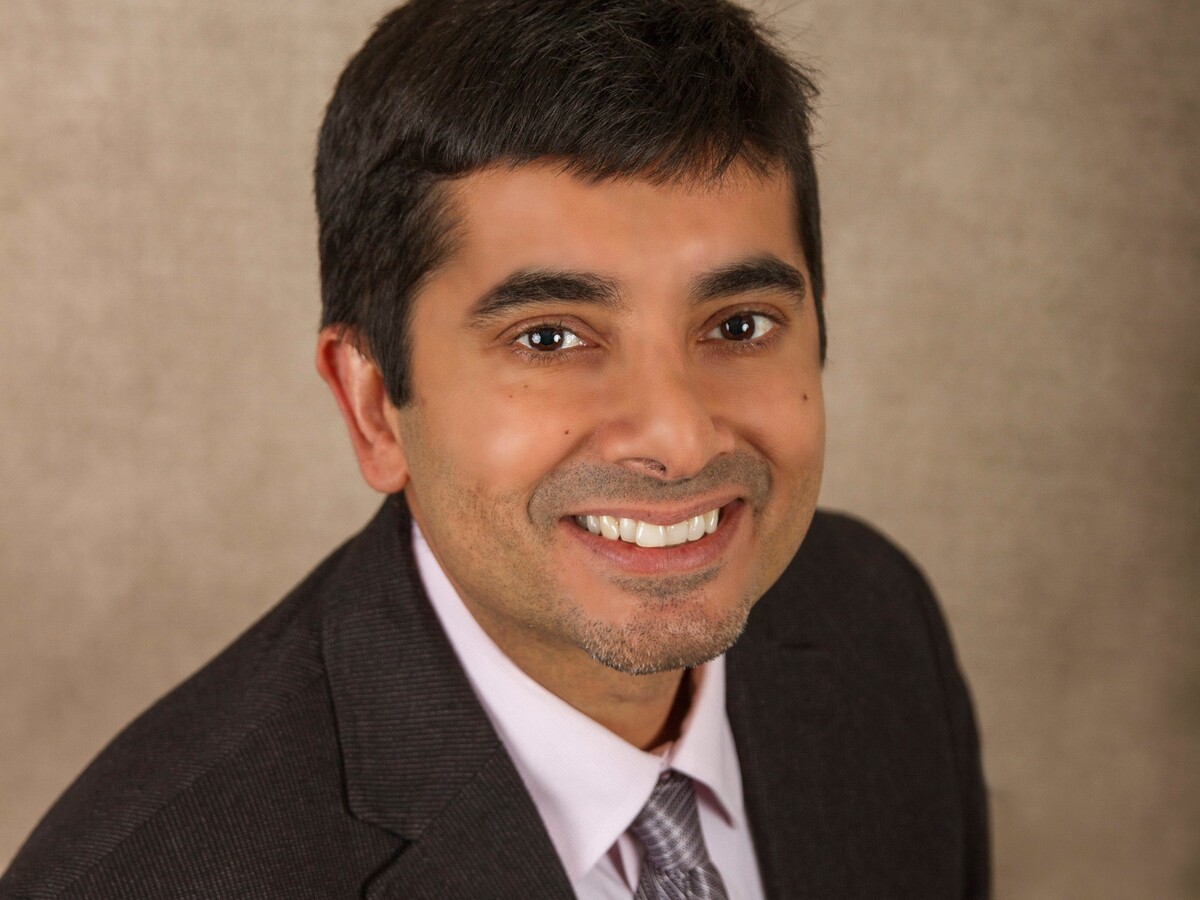 Ayaz Virji moved with his family to a small city in Minnesota. They were the only Muslims in town. Virji gave a series of talks about Islam.

They said that a Muslim shouldn't be allowed to speak out publicly. How can you say [that]? You know me. I'm the town doctor, and I know you guys as patients. And if that [sentiment] was here now, then it must have been there before. It was just waiting for the opportunity to surface. ...

So when [Mandy] first came to me I was myself not that interested because I was really angry about what had happened. That my own neighbors and friends voted for the guy who wants me on a registry and who wants to ban Muslims.

You know, what did I do? I don't hate anybody. I didn't have to actually be here in rural America to begin with.

On continuing the talks in other communities

We gave the first talk and it was interesting. A lot of support; also some backlash. Hate mail and things that came after that as well. But what happened then was Mandy and I started bringing the talk to other communities.

And many times it was wonderful and people were very supportive. There were other times ... I remember one guy called me the Antichrist. "It doesn't matter what you do, you're the Antichrist." And OK. I tried to reason with him but it didn't work. But we just kept going.

On being considered an exception, a "minority who is different"

I think the idea is the message applies to people or these groups or minorities in general, but we have our own token, you know, minority who is different.

And I remember going and visiting a patient in the hospital one day. I was just talking to the nurse and just made a comment, you know, "politics are so divisive these days." And she overheard that. I'm here at the bedside taking care of her, she just had an appendectomy, and she said, "Well you know why we have to get rid of these people from North Africa? What religion are they?"

And she said, "Well they're Muslims. We have to get rid of them."

Then her jaw hits the ground and says, "Well I hope you know I don't see you that way."

I said, "Well you should see me that way. I don't try to hide it." And then she's struggling with what to say and then she says, "Well, it's OK because you were born here. You weren't born over there."

I stopped the conversation, but I wanted to say, "No. I was born in Africa. That's where I was born, in Kenya. I was not born here."

But of course we diverted the conversation, this was not the right place to have it. But I think that people will look at me as maybe not even in that group and say, "Oh well, he's different. That doesn't apply to him."

On what the talks accomplished

I think we opened the narrative to change and that's what we did it for. If there were some people on the fence who just didn't know because they were scared, then we were able to say, "Listen, this message, love thy neighbor, is for all of us. It's a message of inclusion."

And if you look at all of the major world religions, they all have the virtues of love and kindness and compassion and justice at their core. And the deeper dive you take into somebody else's religion or value system the more you see your own. And I think that the amount of people who have come to us and said, "Listen, you really opened my eyes," has made an impact. At least I hope.

On moving his family to Abu Dhabi

I don't see it as leaving. Actually, I still practice in Dawson and I practice now between Abu Dhabi and Dawson. We decided to make this change at the end of the day because it was a very good opportunity and also for us to reconnect with family. So my family lives in Dubai overseas.

But if people ask me, what do you call home, I'll still say Dawson. I still consider that my home. ...

I would say that the Trump phenomenon made the decision easier. I suppose it wasn't the only aspect of it, but I can't tell you that it didn't have an effect.

This interview has been edited for clarity.