Accessibility links
A Spelling Bee Coach On How To Spell Success Five spellers in this year's National Spelling Bee shared a coach: Bill Schaefer, a retired school teacher from Denver. Since he started teaching in the 1970s, he's built a community for spellers. 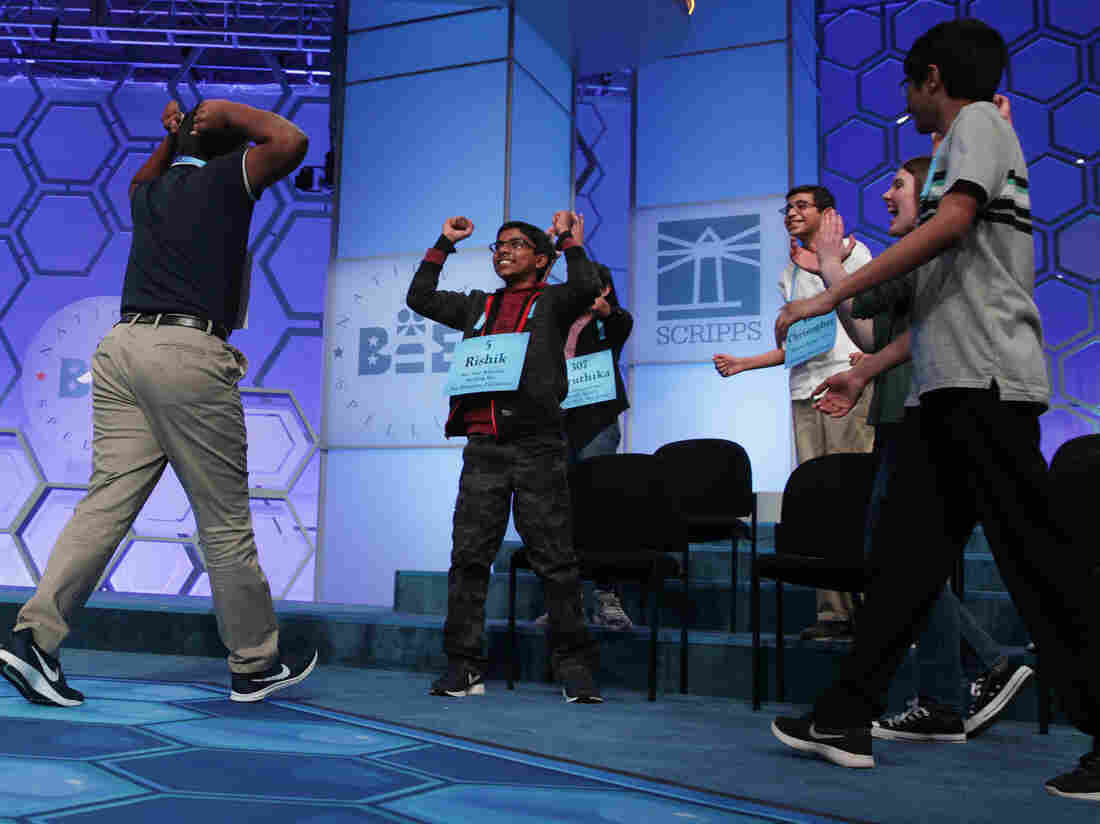 During the Scripps National Spelling Bee's 92nd year, eight co-champions took home the spelling bee cup after a record-breaking and exhausting night that ended in the 20th round. Alex Wong/Getty Images hide caption 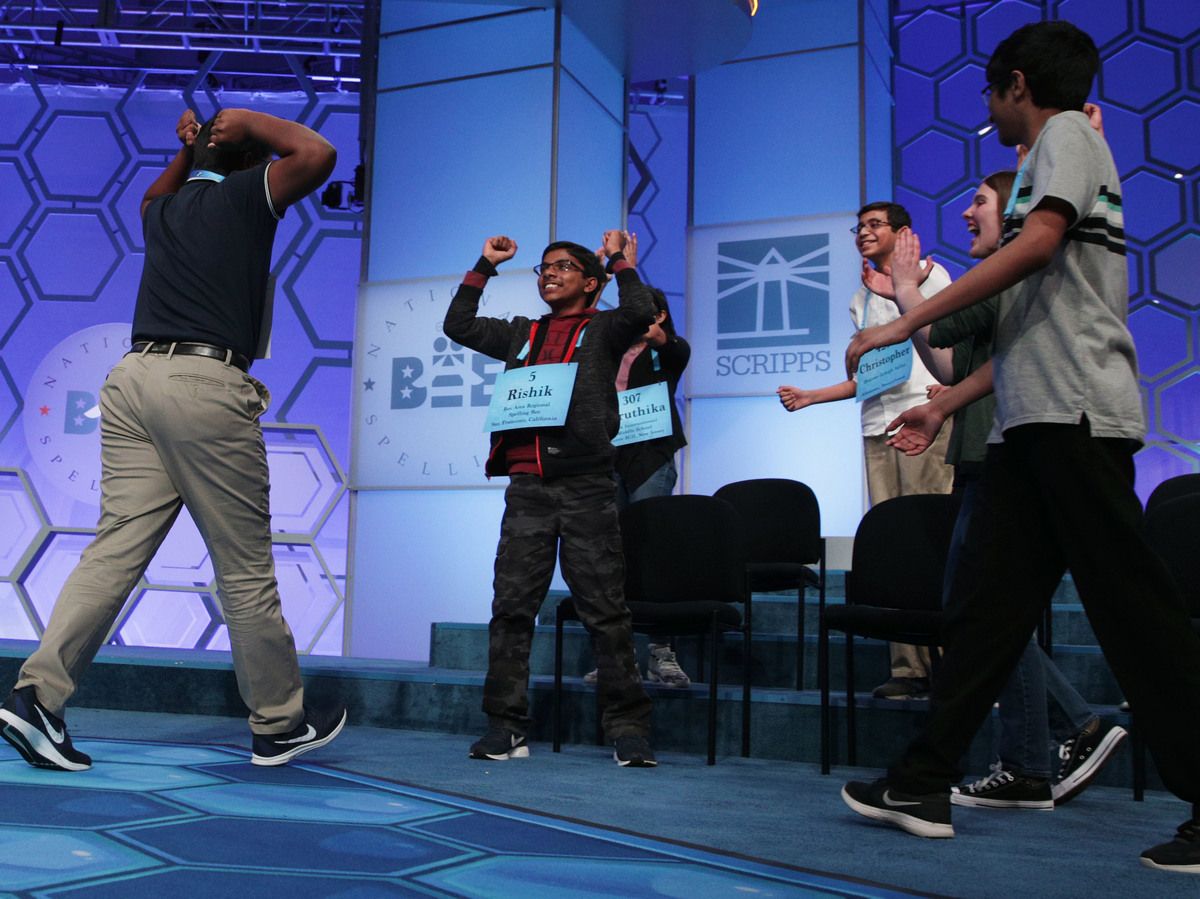 During the Scripps National Spelling Bee's 92nd year, eight co-champions took home the spelling bee cup after a record-breaking and exhausting night that ended in the 20th round.

When 565 spellers took the stage in Maryland last month for the annual Scripps National Spelling Bee, five of them shared something more than the spirit of friendly competition. They shared a coach.

Bill Schaefer, a 77-year-old retired teacher, first started teaching spelling in the early 1970s. Schaefer kept his eyes on this year's bee from his home in Denver.

Just like any other professional coach, Schaefer is always full of emotions watching his spellers compete.

"Well, it's nerve-racking, of course," he says. "It's just like if a parent's watching their kid do it, so you have no control over it. So I just watch and hope they spell them right and go from there."

Schaefer's work starts when he meets with groups of kids who have made the Colorado State Spelling Bee, and he gives them a written test like one they would take to qualify for nationals. But's that's only the start.

"They do what we call mini bees, which are little spelling bees with maybe four kids in it," Schaefer says. "Then kids that make the state finals, I coach them one-on-one, an hour a week, 52 weeks a year."

When it comes to what makes a good speller, Schaefer says his kids are athletes, actors, musicians and more, but they all share one thing.

"The one thing they have in common is they're readers, most of them voracious readers, so they know what words are supposed to look like. And they like words," he says.

Schaefer has become beloved by his community, but years before he was a coach, he taught math. His friend was the semantics guru for Denver Public Schools and while talking with her he took interest in the subject.

"When she left teaching to be a principal, none of the teachers in my school wanted to teach it. And it sounded to me like it might be fun, so I decided to give it a try," he says. "And then everything has boomed since then."

When he retired in the early 1990s, Schaefer continued to direct the district's program, according to The Denver Post. His kids were so successful that he started a summer program for free.

"I do it for fun," Schaefer told the Post. "My fee is one enthusiastic speller and $10 for a binder. I like the kids, and I like the subject. I enjoy doing it."

What Happens To Spelling Bee Kids? Years Later, The Prize Is Perspective

The community he created has flourished, with kids coming back to help out as high schoolers and college students after they age-out at the end of eighth grade.

"They miss it, so it's — I have no trouble having them come back," Schaefer says. "They like to help tutor the kids and pronounce spelling bees and help grade papers."

Schaefer says the tools his kids learn while preparing for spelling bees gives them tools for later in life as well.

"They get vocabulary lists ... and they have to learn most of them, know all those words before they even get them in their class," he says. "They just become very efficient studiers, and so they're really much better at high school and college curriculum than a lot of other kids are."

As much as Schaefer loves what he does, he says he does have plans to pass the torch.

"I'm getting old," Schaefer says. "I have a teacher who is ready to take over when they retire. I will help for a while, and then she will take it from there."

NPR's Audrey Nguyen and Alexander McCall produced and edited the audio for this story. Wynne Davis adapted it for Web.