Accessibility links
Phoenix Mayor: Video Of Police Pointing Gun At Family Is 'Beyond Upsetting' Viral footage of the incident captured by bystanders has already prompted an internal police probe, a $10 million civil rights claim and a chorus of fury on social media. 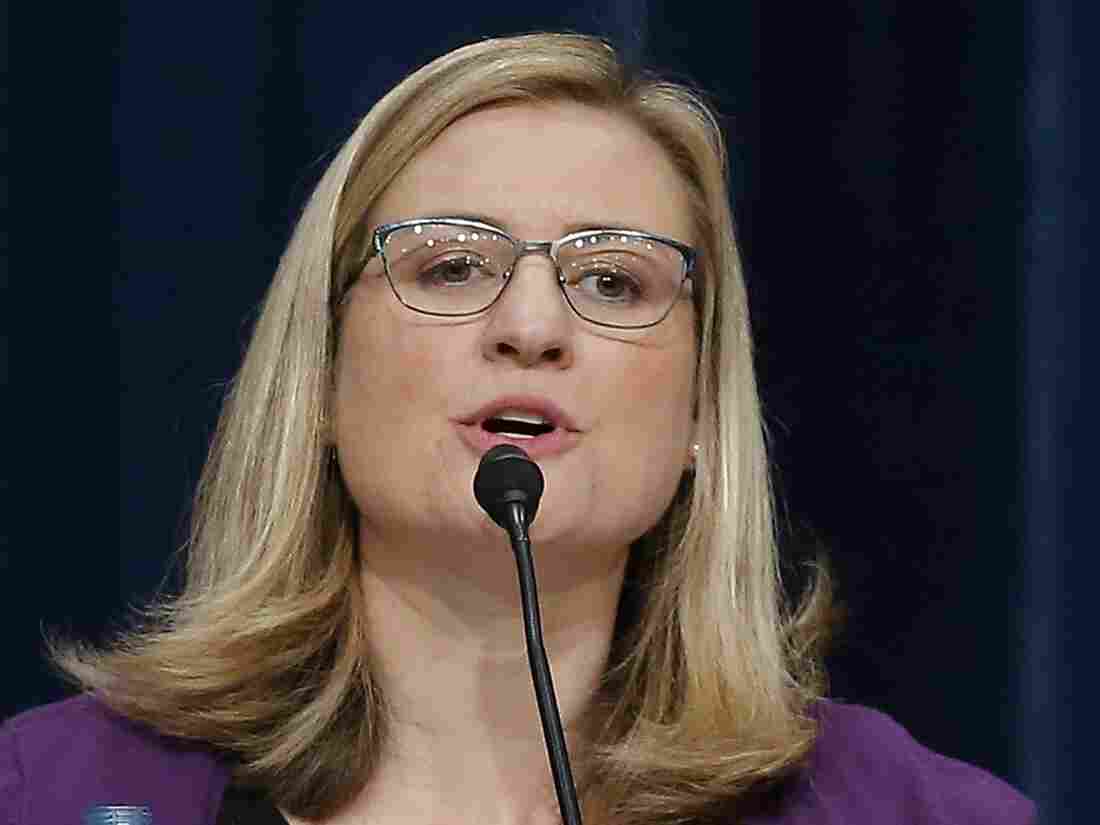 On Saturday, Phoenix Mayor Kate Gallego, pictured above in September 2018, apologized to the city following an outcry over footage showing police officers pointing a gun and yelling at a family as part of an investigation into a claim that a doll was shoplifted from a Family Dollar store in Phoenix. Ross D. Franklin/AP hide caption 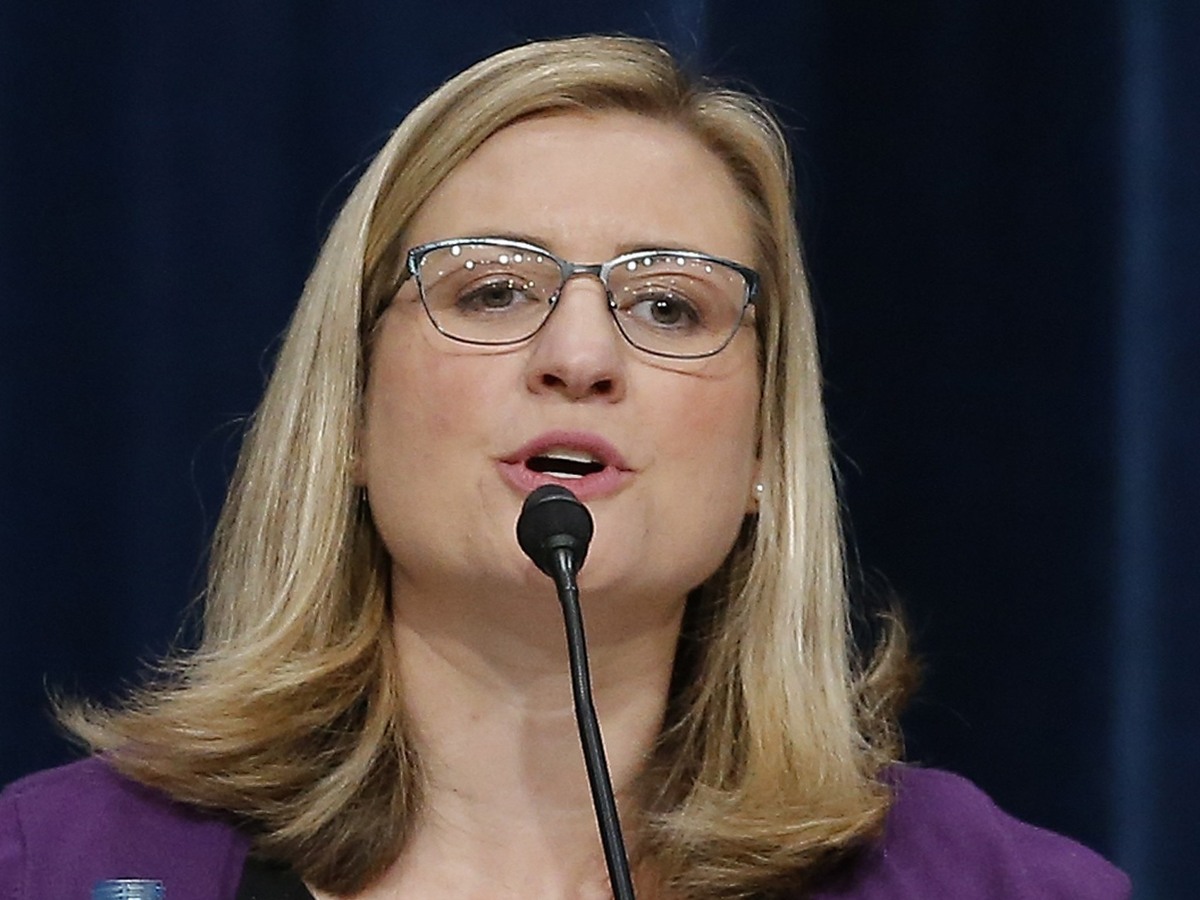 On Saturday, Phoenix Mayor Kate Gallego, pictured above in September 2018, apologized to the city following an outcry over footage showing police officers pointing a gun and yelling at a family as part of an investigation into a claim that a doll was shoplifted from a Family Dollar store in Phoenix.

The mayor of Phoenix is apologizing to the city following recently released video showing police officers pointing their guns and threatening to shoot a 22-year-old father who was with his pregnant fiancée and two young daughters. Police say they were investigating allegations that one of the children had shoplifted a doll from a Family Dollar store.

Viral footage of the incident captured by bystanders has already prompted an internal police probe, a $10 million civil rights claim and a chorus of fury on social media. Now, Phoenix Mayor Kate Gallego says the police officers' actions were "completely inappropriate and clearly unprofessional," calling the recordings "beyond upsetting."

"I am deeply sorry for what this family went through, and I apologize to our community," Gallego said on Twitter Saturday evening. "This is not who we are, and I refuse to allow this type of behavior to go unchallenged."

The episode happened last month when Dravon Ames, 22, and his fiancée, Iesha Harper, 24, along with their two young daughters, London Drake, 1, and Island Drake, 4, visited a Family Dollar store. Unbeknownst to the parents, one of their daughters took a doll from the store without paying for it.

Police say they were tipped off about the alleged shoplifting by a store employee just as the family's car was leaving the parking lot, and police followed the car without ever activating lights or sirens. Police eventually cornered the vehicle in the apartment complex of the family's babysitter.

Cell phone videos taken by witnesses show officers shouting profanities at the family as officers order that they put their hands up. If they did not comply, an officer can be heard saying, "you're gonna f***ing get shot. Get your f***ing hands up!"

Police wrote in an incident report that they feared the mother was "hiding something" or was reaching for a gun. (No weapons were recovered from the family.)

In the parents' civil rights claim, they say when Harper exited the vehicle, officers injured her 1-year-old daughter by pulling on one of her arms when Harper would not follow an officer's order to hand over her baby.

The filing from the family alleges that Ames was thrown against a vehicle and kicked so hard that he collapsed before a police officer "kept his knee between the father's legs. He punched the father very hard in the back for no reason," the parents' lawyer, Thomas Horne, wrote in the claim.

Harper passed off her baby to a bystander before police handcuffed her and her fiancé and they were placed in a police patrol car.

"I could have shot you in front of your f***ing kids," an officer said to her, according to the family's claim.

Horne alleges that the incident violated the family's civil rights by committing battery, unlawfully imprisoning them and causing the parents and their kids emotional distress. The claim is seeking $10 million in damages.

Since the incident happened, the family's 4-year-old has been experiencing nightmares and wetting the bed out of distress, according to the filing.

Phoenix Police Department Chief Jeri Williams told the public that an internal investigation is being conducted over the incident.

"I, like you, am disturbed by the language and the actions of our officer," Williams said in a video that the police department posted to Facebook. "I assure you that this incident is not representative of the majority of Phoenix police officers who serve this city."

The doll was returned to Family Dollar, officials said. And though nobody faced charges stemming from the alleged shoplifting, authorities issued Ames a traffic ticket for driving on a suspended license and impounded his car.

His lawyer says he is limping from having been roughed up by the police and he now has no way to drive to his job as a warehouse worker.

Gallego, the Phoenix mayor, said that in response to the incident, the city will be speeding up its implementation of police body-worn cameras across the entire police department. She has also scheduled a public meeting with the police chief for the community to air its thoughts about the troubling footage of the police interaction.

"We owe it to our residents," she said, "to give them an open forum to discuss their concerns with us and to propose solutions."