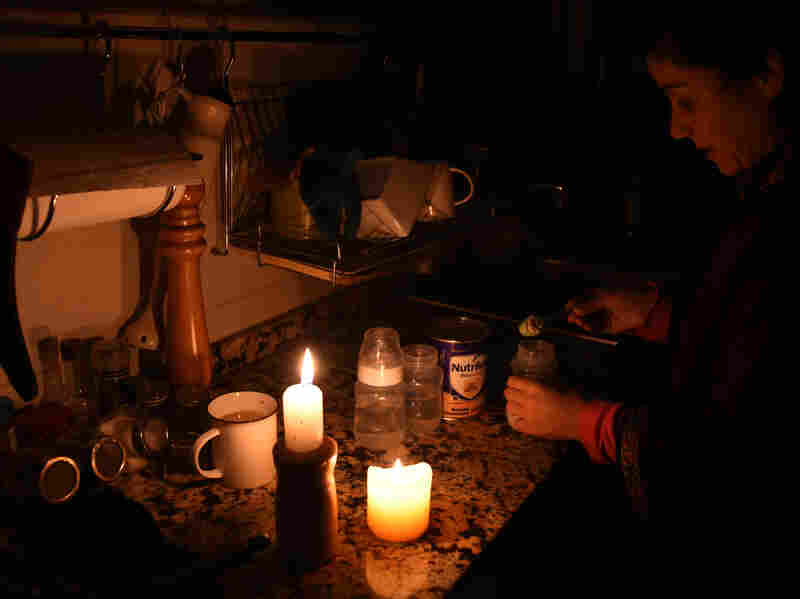 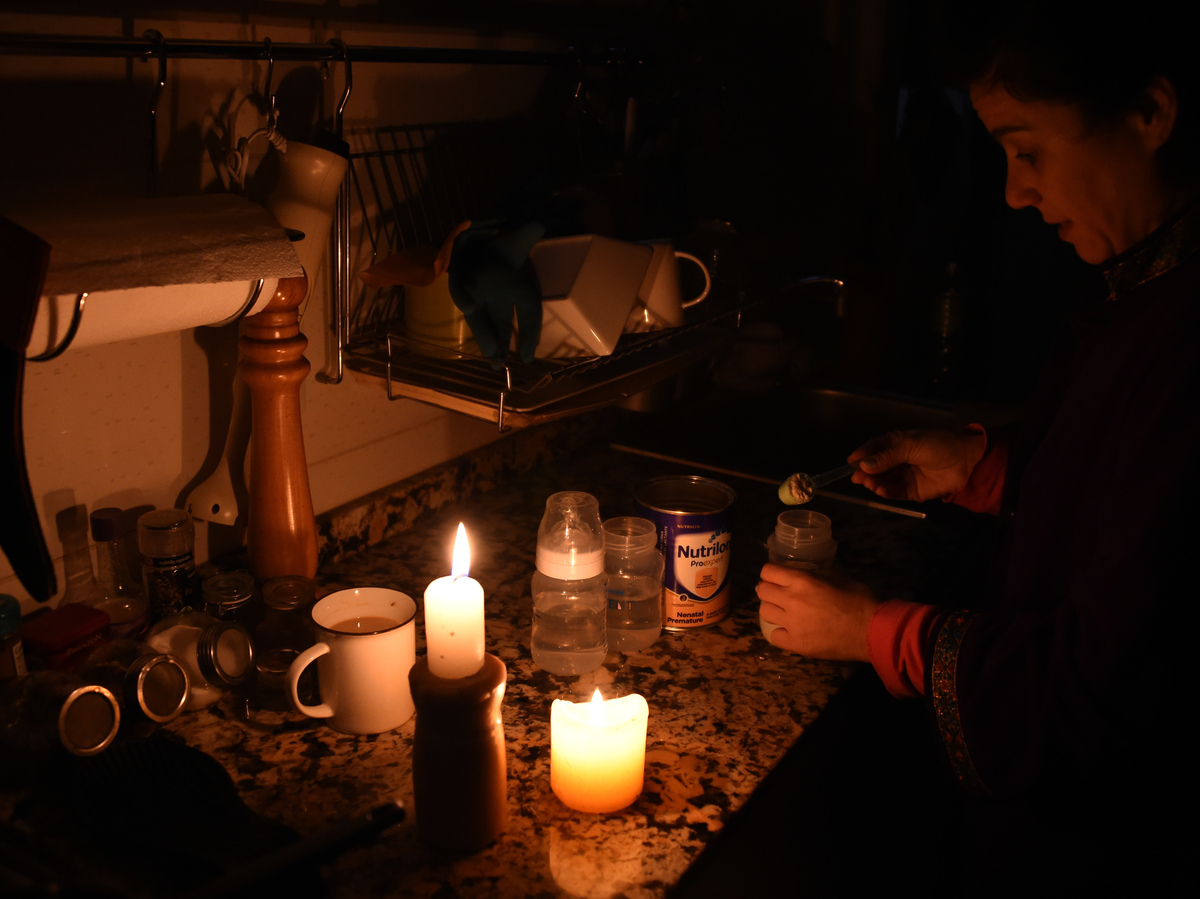 A woman prepares milk bottles Sunday using candles at her home in Montevideo during a power cut.

The lights came back on late Sunday for some 44 million people in Argentina, Uruguay and Paraguay after the sudden collapse of an interconnected South American power grid.

At about 7 a.m., the Edesur electric utility tweeted that "a massive failure" left Argentina and Uruguay without power. Electricity was not fully restored until late in the day.

Authorities still weren't sure what caused the outage, but one theory is that a power line at a regional hydroelectric dam went down.

At a news conference on Sunday, Argentina's energy secretary, Gustavo Lopetegui, decline to rule out the possibility of a cyber attack, though he acknowledged it was an unlikely scenario.

"We don't believe it was a cyber attack," Lopetegui said. He added that the outage "shouldn't have happened," because "the Argentine system is pretty robust."

In Buenos Aires, the Constitucion railway station was empty, with trains halted, accoring to Bloomberg.

Traffic lights failed across the city, and some shopkeepers ran generators to keep the lights on. Water supplies were disrupted, as were mobile phone and internet services.

The Argentinian news site Infobae reported that the power cut stopped trains and subway service; however, two airports in Buenos Aires continued to run on generators.

Uruguay's state energy department wrote that "a flaw in the Argentine network" left Uruguay without light, according to Infobae.

The power outage fell on a day of provincial elections in some of Argentina's provinces.