Accessibility links
U.S. Beats Chile At Women's World Cup They won before a sell-out crowd in Paris on Sunday. It was a gem of a game for the team, which controlled play from the beginning with crisp and precise passes. The win assures the U.S. will advance. 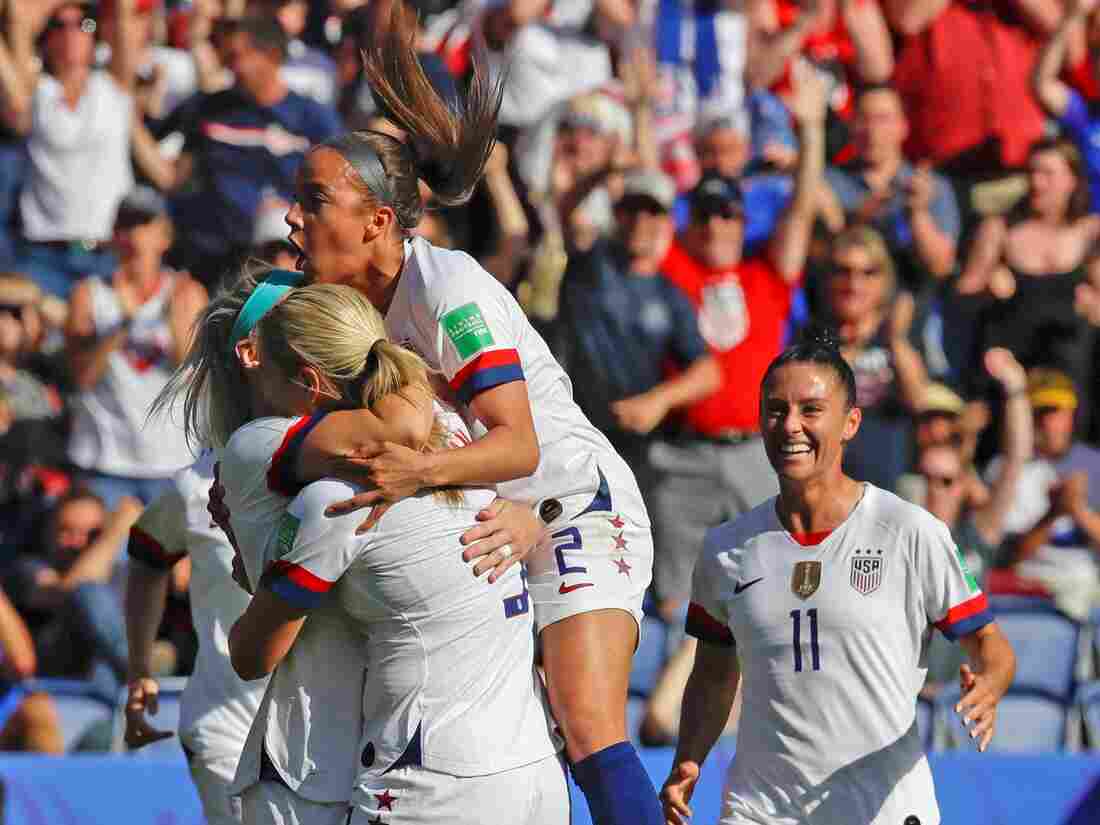 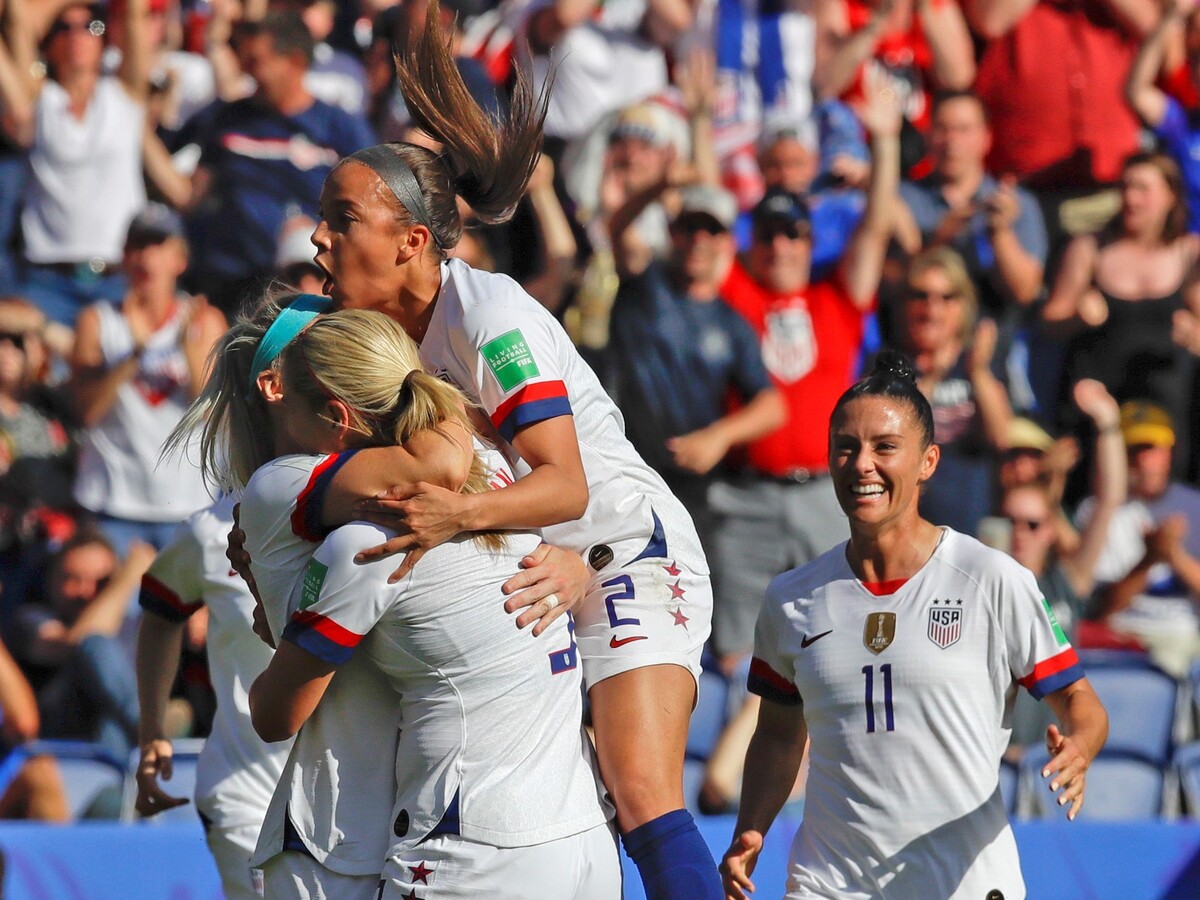 The United States Women's National Team continued to show why it's the best team in the world with another stellar performance in the Women's World Cup. The U.S. defeated Chile 3-0 before a sell-out crowd in Paris.

This is the first time the U.S. has ever played in the French capital. And the crowd that showed up was decidedly pro-USA. It was a gem of a game for the U.S. which controlled play from the beginning with crisp and precise passes that had Chile on the defensive from the first whistle.

It was a different look for the U.S. as there were seven lineup changes to the starting 11 from the last game. Several veterans sat out the game including Alex Morgan, Megan Rapinoe and Tobin Heath. It shows the depth of the American squad and the switch-ups didn't seem to bother the team. The U.S. played most of the first half attacking Chile and continuing to show its dominance this World Cup as the defending champions. Coach Jill Ellis is looking to squeeze the best out of her players as she tests different lineups as critical games of the tournament loom.

There was a lot to like against Chile. Carli Lloyd got the scoring started early with a beautiful left-footed strike from the top of the penalty area in the 11th minute. It was a record goal for the team captain. She becomes the first person to score in six consecutive Women's World Cup games. The U.S. never let up after that. In the 26th minute, Julie Ertz slammed a spinning header into the back of the net off a corner kick. Carli Lloyd scored again in the 35th minute with a powerful header of her own.

It was a statement game for Lloyd (despite missing a penalty kick in the 81st minute) who came in off the bench in the record-setting 13-0 win against Thailand. Lloyd is playing in her fourth World Cup and now has 10 World Cup goals and moves into third all-time for the USA (Abby Wambach has 14 and Michelle Akers 12). Lloyd is the oldest U.S. player who turns 37 next month.

The U.S. had 25 shots on goal compared to just one by Chile. The Chilean goalkeeper, Christiane Endler, had several sparkling saves to keep the U.S. tally lower. As noted by my colleague Laurel Wamsley who attended the game in Paris's Parc des Princes stadium: "There were so many shots on the Chile goal, but they were stopped by Endler who had an incredible game. After each shot she stopped, the stadium filled with exasperated cries from U.S. fans."

If there are any questions in this tournament, it's about the U.S. goalkeeper Alyssa Naeher. She's been untested so far and has only had to defend a total of three shots in the first two games.

With the win, the United States is guaranteed to move on to the knockout round of the Women's World Cup. The U.S. will play its final game of group play against Sweden (which also advanced today) on Thursday. It's an important match because it will determine whether the U.S. has an easier or more difficult path forward.