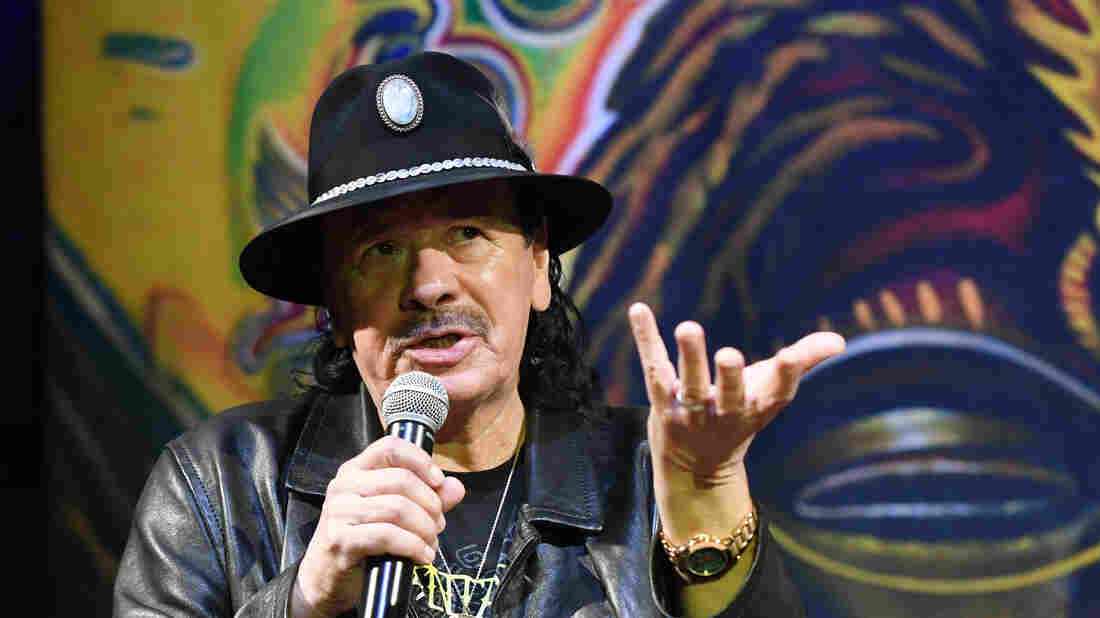 "Everything's new to me, with purity and innocence," Carlos Santana says. "It's all in how your heart perceives things." Ethan Miller/Getty Images hide caption 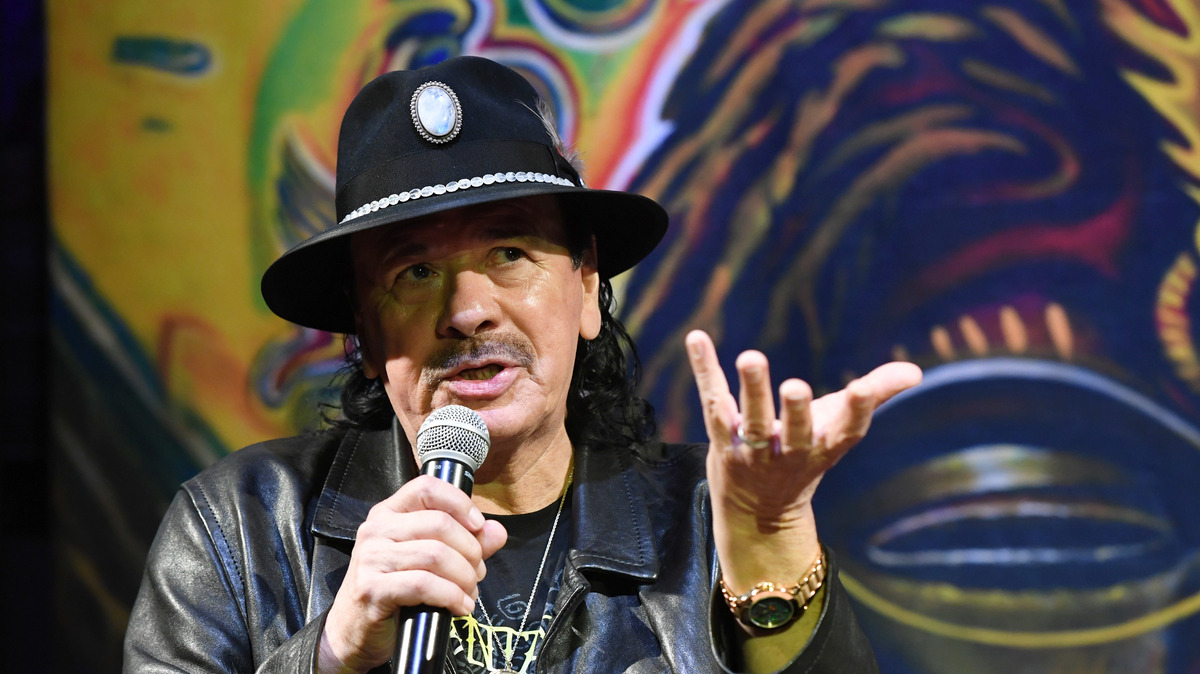 "Everything's new to me, with purity and innocence," Carlos Santana says. "It's all in how your heart perceives things."

In 1969, Carlos Santana and his band walked onto the stage at the legendary Woodstock Music Festival, as unknowns. "We had the element of surprise because nobody knew us."

Now, 50 years later, Santana operates more like a legend. But even with a genre-hopping discography and 10 Grammys to his name, Santana still approaches music making and performing with the wide-eyed vigor and vitality of a newcomer. "I'm 71, but I swear to you, if you come to see our band. you wouldn't believe just how much energy and vibrancy is flowing out of our bodies," he says.

'Africa Speaks' To Carlos Santana's Past

For his latest album, Africa Speaks, Santana leaned heavily into his curiosity surrounding the "sounds of Africa." Lyrics on the 11-track project are sung in English, Spanish and Yoruba and feature vocalist Buika, who hails from the Spanish island of Mallorca.

Santana spoke with NPR's Ari Shapiro about his rapid work schedule — he recorded 49 songs in 10 days for the album — his many collaborators on Africa Speaks and his constant thirst for musical discovery. Listen to the conversation at the audio link and read on for interview highlights, including some that didn't make the broadcast.

On channeling the sounds of Africa

I turned to the "wa." I learned a long time ago, when I went to Ghana, the women showed me where the "wa" was. They said, "Santana!" And I turned around. It was, you know, maybe five women, and they go: "Hey, na na na Wa!"

And while they were doing that, they were opening their hands, like they have something. And they showed me that every music in the world must have the "wa." Without the "wa," ... See, music has the capacity to transport you beyond time and outside of gravity. If you visit the "wa" correctly.

On working with Buika and Rick Rubin for the first time

When I hear Nina Simone and Etta James and Tina Turner, Buika is that frequency. Yet, she doesn't sound like them. But she's got the same raw sincerity and honesty.

Cindy [Blackman Santana] and I, we were in New Zealand and Australia on a tour. Buika came in for a week at [Rick Rubin's] Shangri-La Studio. And she told me when she heard the music, she was compelled to go on and create lyrics and melodies, things she'd never done before. She held my hands and she started crying, "Maestro, I've never done anything like this. Thank you for inviting me to be part of this. You don't even have to pay me. Oh, my God." 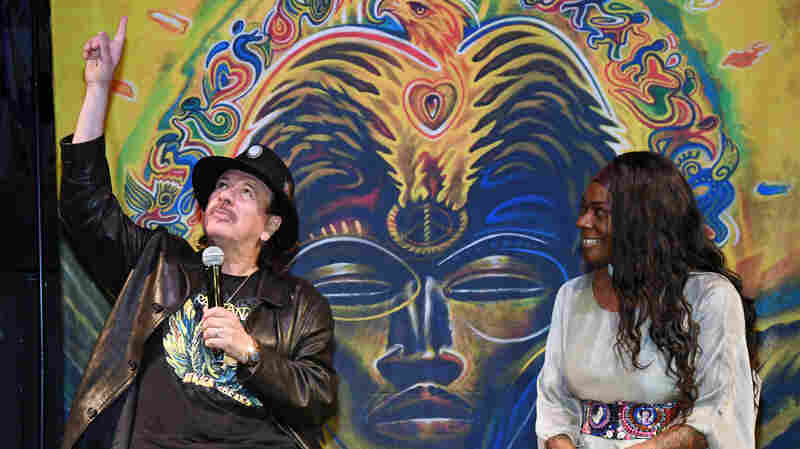 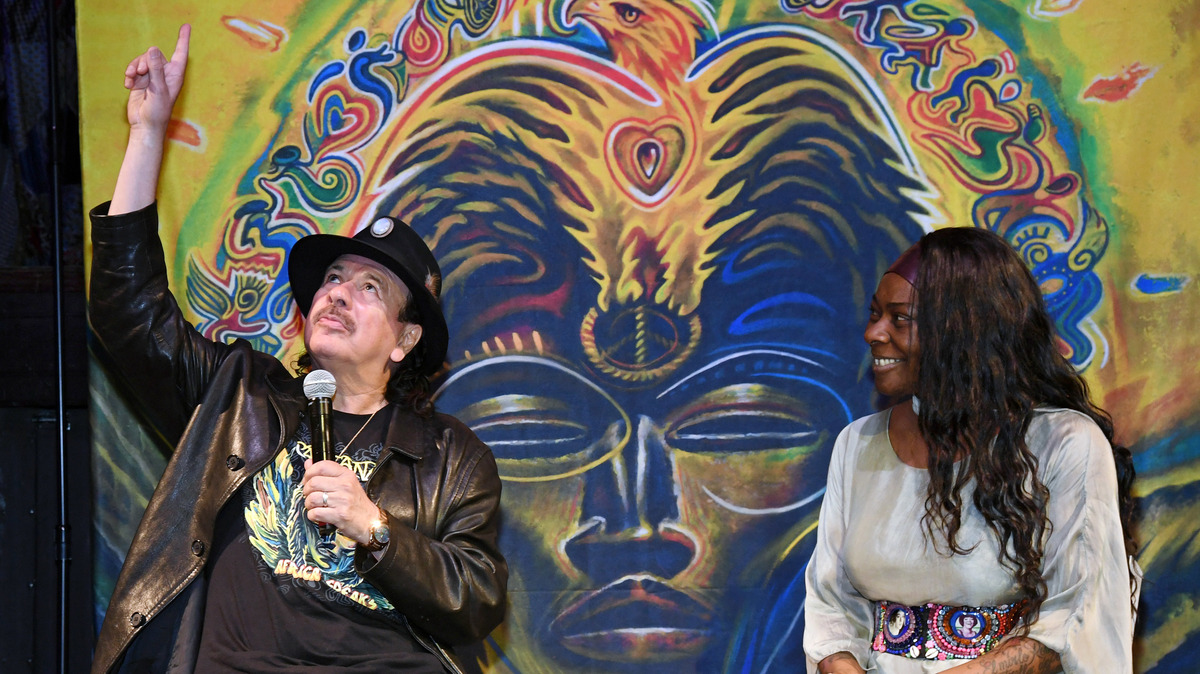 And so, I realized that Buika, Rick Rubin, the band, Cindy, myself — you know, we were driven to create this particular epic event.

Trust is thrust. They trust me. My band trusts me. Rick trusted me. My wife trusts me. Buika trusted me. And I trusted the spirit. So we created this spiritual attraction.

Everything that we played on this album is pretty much like creating nutrients and ingredients for a divine spell. A divine conjuring and manifesting divine voodoo. It's the same thing when people get really passionate and they make love. When they get to that point, they say, "Oh, my God." Same thing.

A long time ago, I heard someone say that in the Bible, it said that nothing was new under the sun. And I said, "Whoever wrote that has a crooked and twisted mind." Everything's new to me, with purity and innocence. Every second. It's all in how your heart perceives things, to create fresh, new. But you must have a consistent thirst to remain with innocence.

Producer Christina Cala edited the audio version of this story.