Accessibility links
In Guatemala Election Former First Lady Heads For Runoff For President Sandra Torres, who is now divorced from former President Álvaro Colom, is leading a field of nearly 20 candidates. She has promised to invest heavily in health care, education and agriculture. 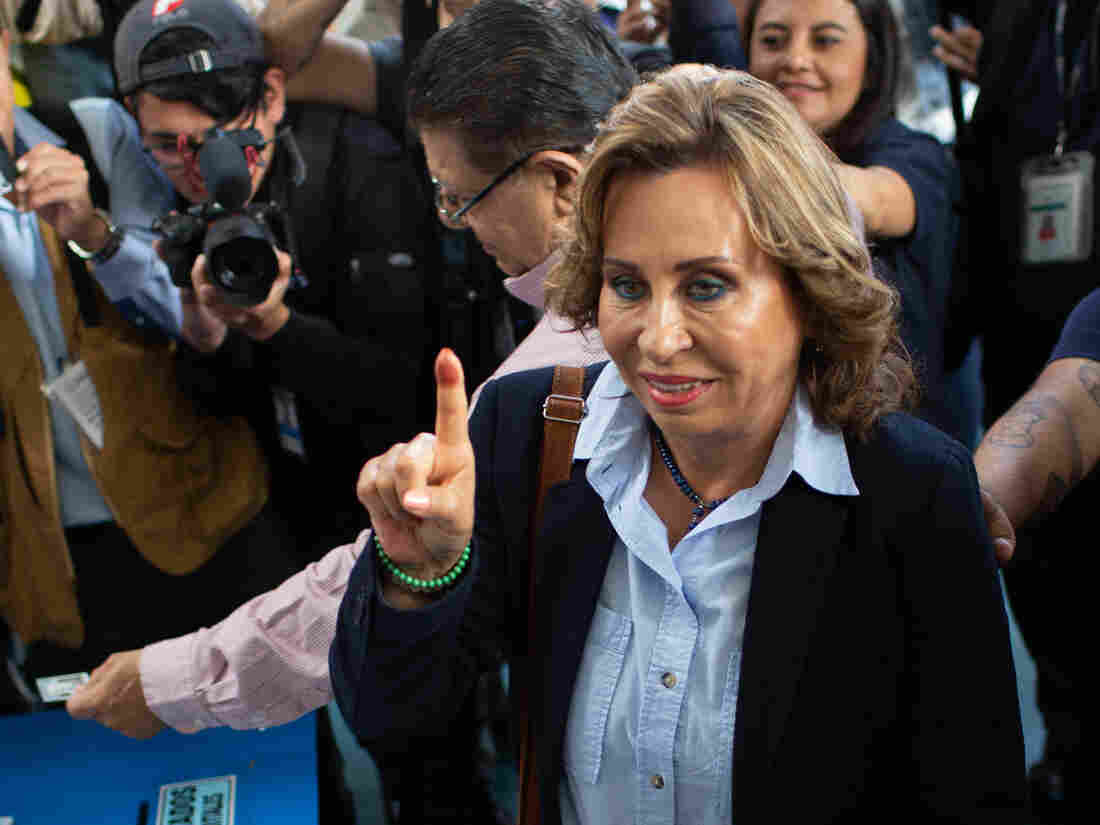 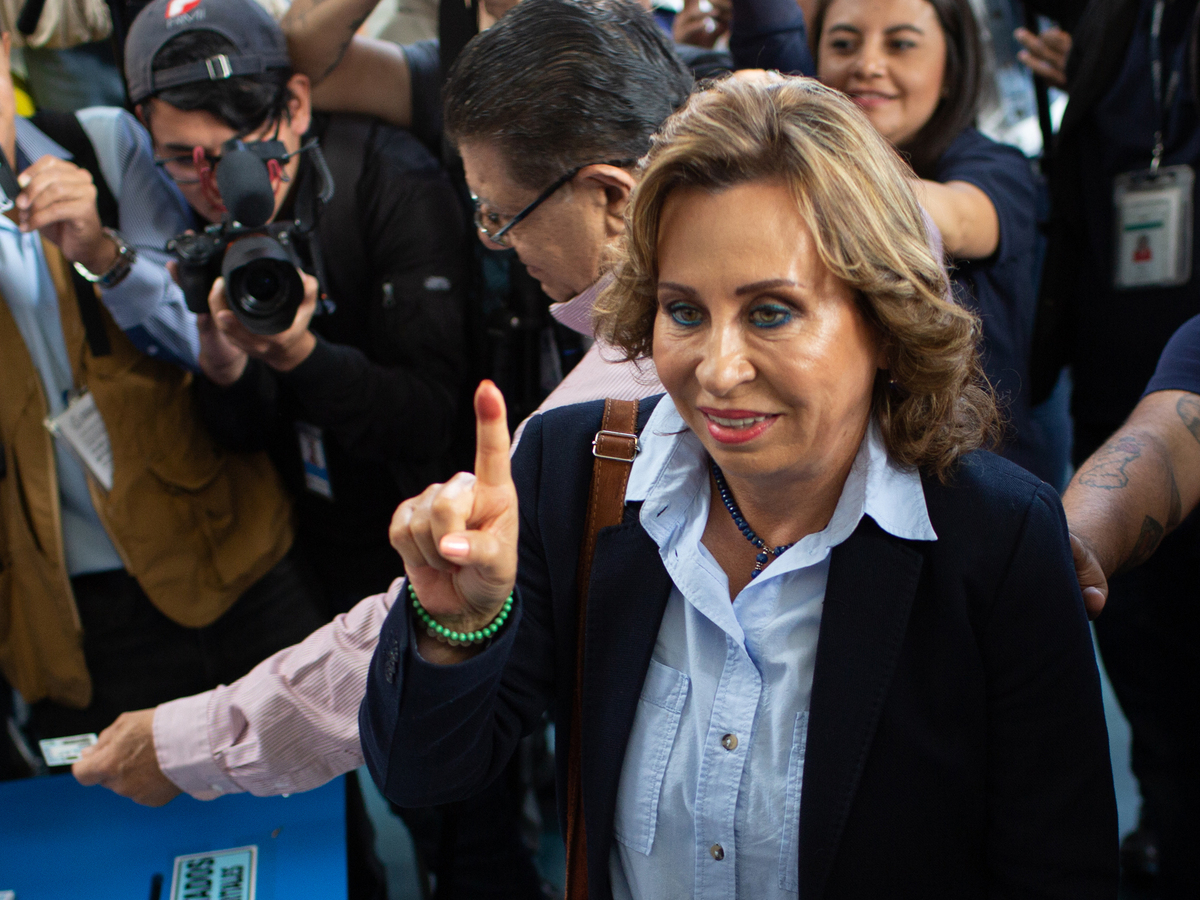 A former Guatemalan first lady is the front-runner following Sunday's presidential election in the Central American country, where the electorate is hoping to find a candidate who can tackle its high unemployment, violence and corruption.

Sandra Torres, a 64-year-old businesswoman, was leading the polls with nearly 26% of the vote on Monday. Four-time presidential candidate Alejandro Giammattei, 63, a former director of the country's prison system, followed in second with just shy of 14%, according to Guatemala's electoral tribunal.

Neither candidate drew enough votes to fend off a runoff election on August 11. They needed more than 50% of votes to win outright.

Torres, who belongs to the centrist National Unity of Hope (Union Nacional de la Esperanza) party, addressed her supporters on Monday saying she plans to bring the country together and fight corruption.

"The country needs unity: to unite the countryside with the city, to unite the workers with the business community, and also in civil society, in all sectors," she said, according to The Guardian.

Giammattei of the center-right Vamos party also held a post-voting rally Monday, touching on many of the same issues, "but added that on immigration he plans to work closely with Mexico to raise living standards in communities near their shared border, which are the country's poorest," the Associated Press reported.

More than 8 million citizens are eligible to vote and officials said the large number of candidates was slowing the count. This election was also the first in which Guatemalans who live abroad could cast ballots.

The campaign lasted three months, with Torres, running on a platform of investment in health, education and agriculture, maintaining her front-runner status throughout.

Torres was married to former President Álvaro Colom, who served from 2008 to 2012 and has been accused of corruption, but the couple divorced in 2011. Despite their split, Torres has been dogged by allegations of her own illegal campaign financing.

The AP notes that, "The campaign season was marked by a chaotic flurry of court rulings, shenanigans, illegal party-switching and allegations of malfeasance ..."

Whoever becomes president will face not only the difficult task of alleviating poverty, corruption and violence, but also of handling increasingly complex relations with the U.S. The Trump administration has pressured Guatemala to become a "safe third country" to divert refugees from neighboring El Salvador and Honduras who might otherwise seek asylum in the U.S. via Mexico.

According to Voice of America, "Under the terms of the proposed deal, migrants fleeing persecution in El Salvador and Honduras would be forced to request asylum in Guatemala, a gateway to Mexico and the United States. In all but rare exceptions, those migrants who chose to continue north to the United States without first exploring their chances in Guatemala would be returned to their home countries by U.S. immigration forces."