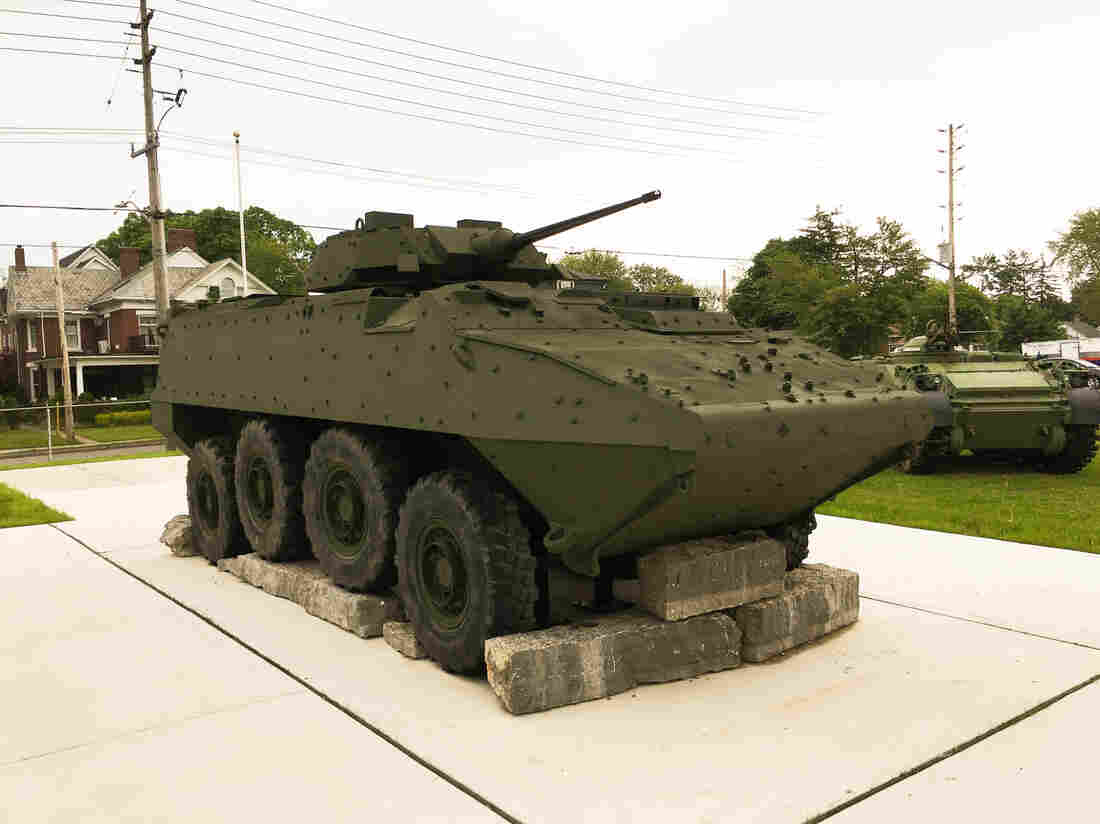 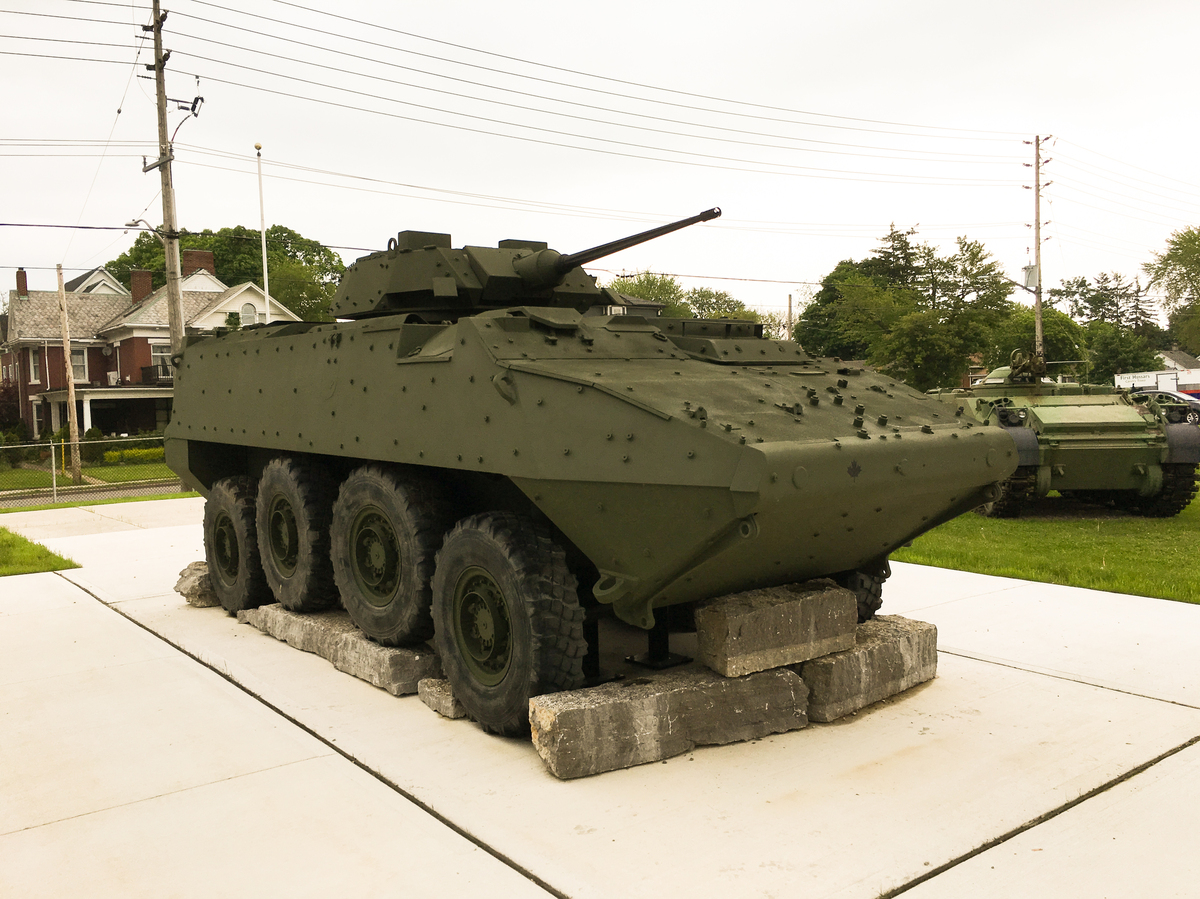 A light armored vehicle is part of a new monument at the Royal Canadian Regiment Museum in London, Ontario. General Dynamics Land Systems-Canada is producing hundreds of LAVs for sale to Saudi Arabia.

Last year, the Royal Canadian Regiment Museum in London, Ontario, installed a monument for the country's armed forces who have served in the Afghanistan war. It's a 25-ton, light armored vehicle, complete with a turret on top.

But these days, LAVs have taken on another sort of symbolism for Canada.

About a mile from the museum, workers with the Canadian division of U.S. defense company General Dynamics Corp. are building the eight-wheeled, amphibious vehicles for Saudi Arabia's National Guard.

Now the 15 billion Canadian dollar ($11.2 billion) deal is the focal point of a debate in Canada about balancing the country's respect for human rights with hundreds of well-paying jobs.

In 2014, then-Prime Minister Stephen Harper agreed to have Canada produce the armored vehicles for the Saudis. Prime Minister Justin Trudeau has so far kept the deal.

Kevin George, the rector at St. Aidan's Anglican Church in London, had already been a vocal opponent of the deal when it was signed, because of Saudi Arabia's poor human rights record. Then came the Saudi-led intervention in Yemen in 2015, which has sharply increased the civilian death toll in the impoverished nation.

George says Canadians have looked on with increasing alarm at the conflict, particularly reports of Saudi planes striking schools and medical facilities, killing thousands of civilians, including children.

"We know what's happening in Yemen," he says. "And I think that we're selling arms to a regime which is doing what it's doing in Yemen, which is really paramount to war crimes."

George says it was the death of Saudi journalist Jamal Khashoggi last October that brought the issue of the armored vehicles to a boil in Canada. U.S. intelligence agencies have assessed that Saudi Crown Prince Mohammed bin Salman was involved in the killing of Khashoggi at the Saudi Consulate in Istanbul, Turkey. His death prompted calls across Canada to break the contract with Saudi Arabia.

"It is the type of issue that really speaks to ... a matter of principle for Canadians," says Shachi Kurl, the executive director of Angus Reid Institute, a public opinion research foundation. "Is this the right thing to do or the wrong thing to do?"

In October 2018, an Angus Reid poll found just 10% of Canadians wanted to maintain the vehicles deal and allow future weapons sales to Saudi Arabia. "The vast overwhelming majority of Canadians said that we should no longer be selling arms to Saudi Arabia," Kurl says, but respondents disagreed about whether to honor or cancel the current deal.

In December, Prime Minister Trudeau hinted he may try to kill the deal. 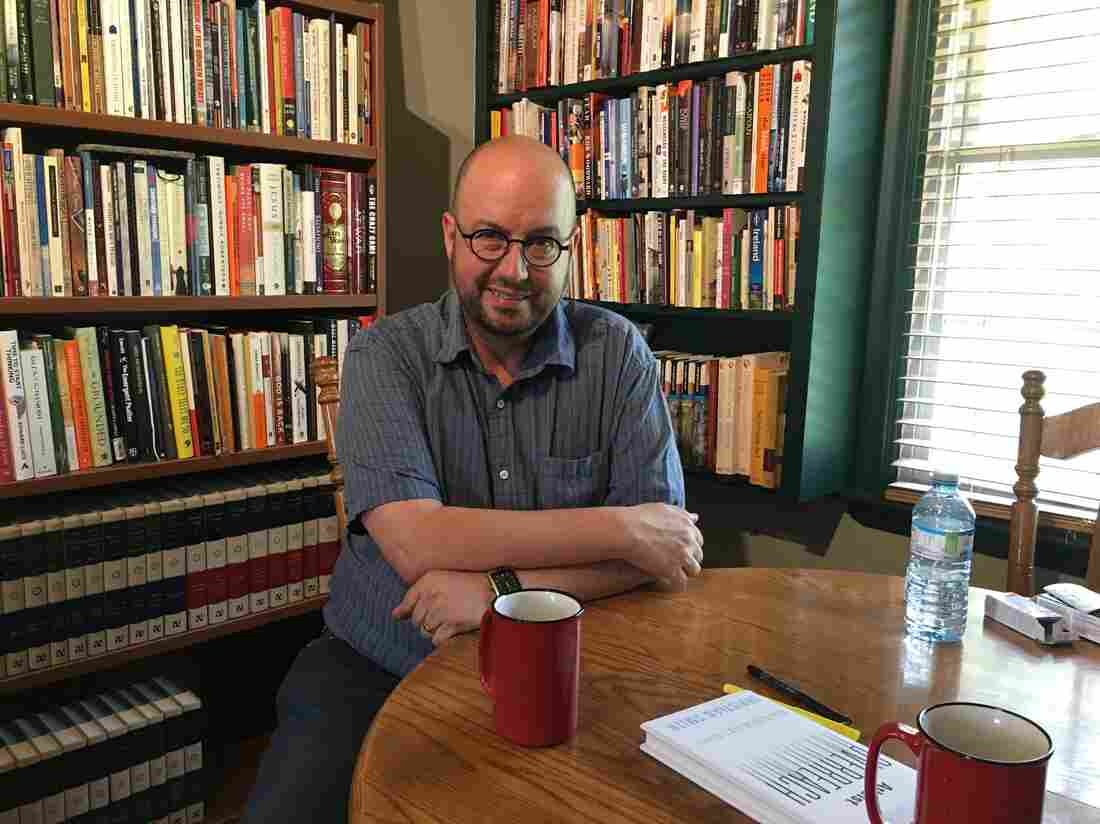 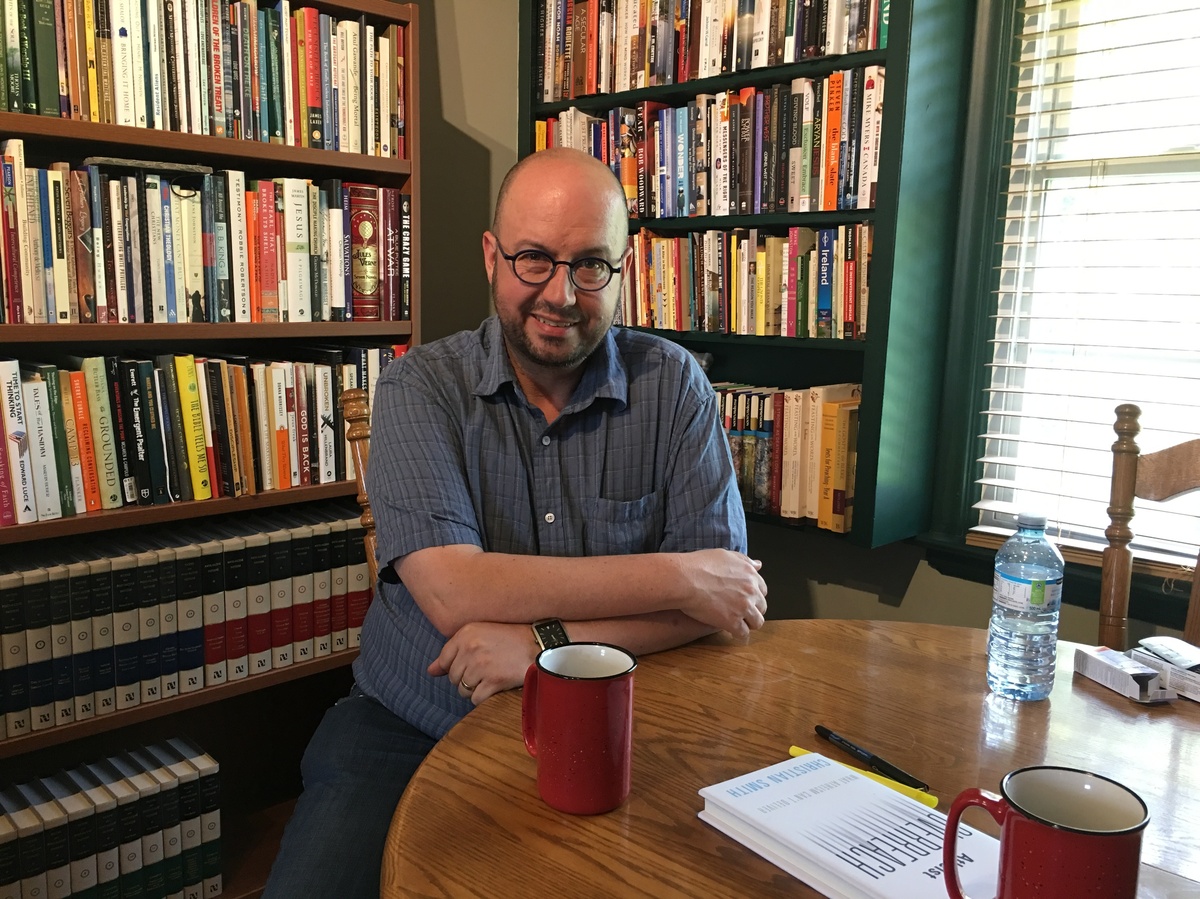 When NPR asked Canada's foreign affairs department this month whether the government will continue to honor the agreement, the department said officials were "reviewing export permits to Saudi Arabia and no final decision has been made."

General Dynamics Land Systems declined an interview, but said in a statement to NPR that the light armored vehicles "contract remains in effect."

"Were Canada to unilaterally terminate the contract, Canada would incur billions of dollars of liability to General Dynamics Land Systems-Canada," the company said in a statement in December. "In addition, terminating the contract would have a significant negative impact" on Canada's workers and defense sector.

The government awarded the contract to General Dynamics Land Systems-Canada after negotiating the deal with the Saudi government five years ago. The company says the terms of the deal are confidential. In September 2018, Canadian broadcaster CBC reported that internal documents about the deal showed the country agreed to deliver 742 light armored vehicles to Saudi Arabia.

Gerry Macartney, the CEO of the London Chamber of Commerce, calls it the "largest export contract in Canadian history." He says London's economy would be devastated if it was pulled.

"General Dynamics is one of our larger employers and manufacturers not only in London, but in the region," he says. "So these are very valued jobs in our community and across the country."

Over the years, Macartney notes, the London area has seen major companies such as Caterpillar, Ford and Kellogg's shut their production facilities. London was also hit hard during the recession in 2008.

"A lot of manufacturing jobs left and never came back. It's taken us this long to get back on our feet, to have a reasonably good economy going forward," he says. "The last thing we need is another hit like that."

The company says it directly employs 1,700 highly skilled people in London, and indirectly provides work to more than 12,000 additional people across Canada through more than 500 suppliers. Macartney says there are more than 240 suppliers in London alone for the armored vehicle contract.

One of those is the Rho-Can Machine & Tool Co. Co-owner DJ DeJesus says the company employs about 100 people and counts on General Dynamics for 35% of its business.

"So if the contract goes away, 35% of the people lose their job," he says. "That would be just horrific."

DeJesus says it would be misguided to think that Saudi Arabia's behavior would change if it didn't have the light armored vehicles manufactured in Canada. "The bottom line is we have countries all over the world lined up to take on this contract the minute we decide we don't want to do it," he says.

Royce de Melo, a Middle East security consultant based in the London region, says the contract is to deliver the vehicles to Saudi Arabia.

"They can go to law enforcement, can go to military, can go to border security," de Melo says. "You can't control how it's used at the end of the day."

De Melo says it would send a bad signal if Canada is seen as not honoring its contract commitments.

But the Rev. George views the issue differently.

In December, protesters gathered at a port in Saint John, New Brunswick, to demonstrate against the armored vehicles being loaded for shipment to Saudi Arabia.

Bryan Smith, with the Oxford Coalition for Social Justice in Woodstock, Ontario, says there could be another option that would satisfy both sides in this debate. He says the Canadian government should find other customers for the armored vehicles, such as the United Nations.

"People here would continue to have good jobs and they would be put to good purposes, such as with peacekeeping troops in Yemen," he says.