Accessibility links
'Avengers: Endgame' Defeminized Edit Removes Brie Larson, And Fun In General A fan edit of smash hit Avengers: Endgame circulating online has cut out anything deemed feminist or gay. Such "defeminized edits" are now notorious in some corners of fandom. 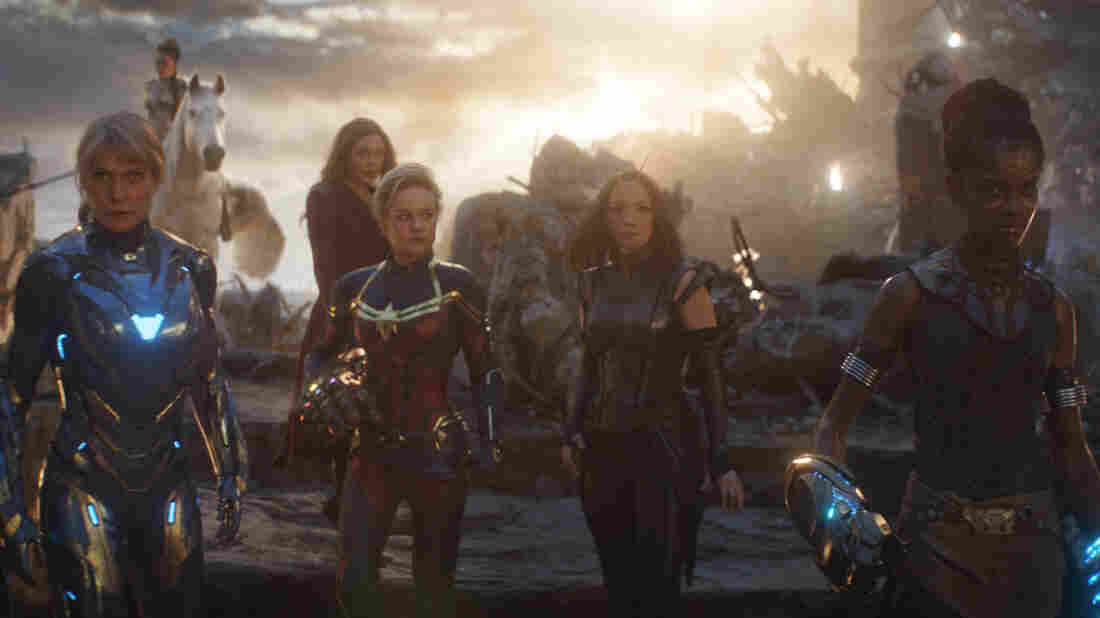 Though women superheroes play big roles in Avengers: Endgame, a "defeminized" fan edit of the movie minimizes screen time for most of them. It completely cuts out all scenes with Captain Marvel (Brie Larson, center left). Marvel Studios hide caption 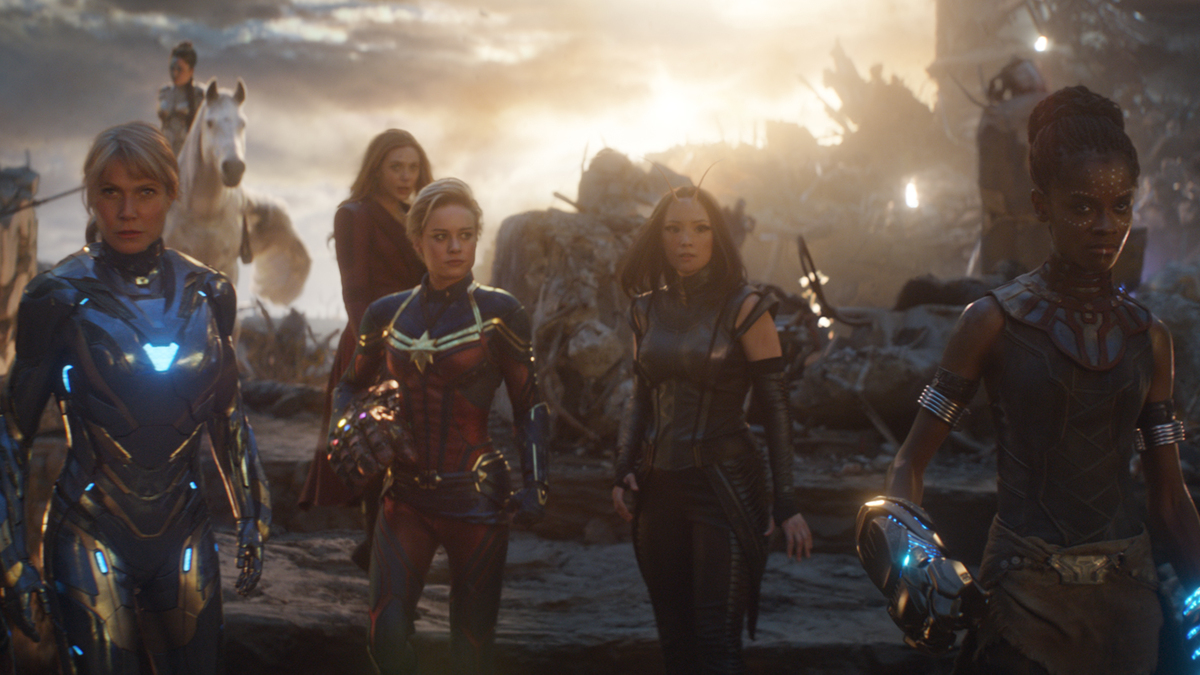 Though women superheroes play big roles in Avengers: Endgame, a "defeminized" fan edit of the movie minimizes screen time for most of them. It completely cuts out all scenes with Captain Marvel (Brie Larson, center left).

A star of Avengers: Endgame, one of the biggest movies of all time, was completely excised from a modified pirated version of the film — along with everything else in the film seen as feminist or gay.

An anonymous fan edited out shots, scenes and characters in a "defeminized" version circulating now on an illegal streaming site. As well as losing Larson's character, Captain Marvel, the defeminized edit is missing a scene where Hawkeye teaches his daughter to shoot. ("Young women should learn skills to become good wives and mothers and leave the fighting to men," the editor opined in an accompanying document.) The role of Black Panther is minimized. ("He's really not that important.") Spider-Man doesn't get rescued by women characters anymore. ("No need to.") And male characters no longer hug.

This particular defeminized edit is just the latest example of a trend, says Suzanne Scott, a professor of film and media studies at the University of Texas. A similar "chauvinist cut" of 2017's Star Wars: The Last Jedi removed key scenes of women making decisions, giving orders, having ideas and fighting in battle. So much was trimmed, Scott says, that only about 30% of the original film remained.

"It is borderline incomprehensible," she says. "It has cut out a lot of story that you need to make the whole narrative cohesive. So what's on the screen plays like an avant-garde film."

Fan edits of favorite films are nothing new. As long as they've had access to movies and editing tools, people have used material they care about to craft their own videos, sometimes involving alternative narratives.

About 20 years ago, a fan (and professional film editor) named Mike J. Nichols edited out a widely despised character from Star Wars: Episode I — The Phantom Menace. The character, Jar Jar Binks, had been critiqued as a racist stereotype, and The Phantom Edit, as it was quickly dubbed, earned a fair amount of attention and respect in Hollywood — even, allegedly, from within George Lucas' own studio.

But The Phantom Edit is very different in tone from newer defeminized edits. Scott says the emergence of misogynist, homophobic and racist cuts of blockbuster films reflects one particular thread of what's happening within fan communities — and in the larger culture.

"I think what we've seen, as fan culture and geek culture moves from the margins to the mainstream," she says, "is that a particular set — and I should note, a small percentage — of predominantly white straight male fans feel like their culture that they had ownership and claim over for many, many generations is sort of slipping away from them, as that culture gets bigger and inevitably more diverse."

Chauvinist cuts inevitably have their defenders, including this anonymous critic on YouTube taking humorless journalists to task for not getting the joke. Scott agrees with him strongly on one point: Shining light on defeminized edits likely rewards attention-seeking Internet trolls.