Accessibility links
Google Will Devote $1 Billion To Try To Tame Housing Costs In SF Bay Area Over the next 10 years, Google hopes to help bring 20,000 new homes to the local market. Part of the plan calls for rezoning company-owned land so that it can be used for residential housing. 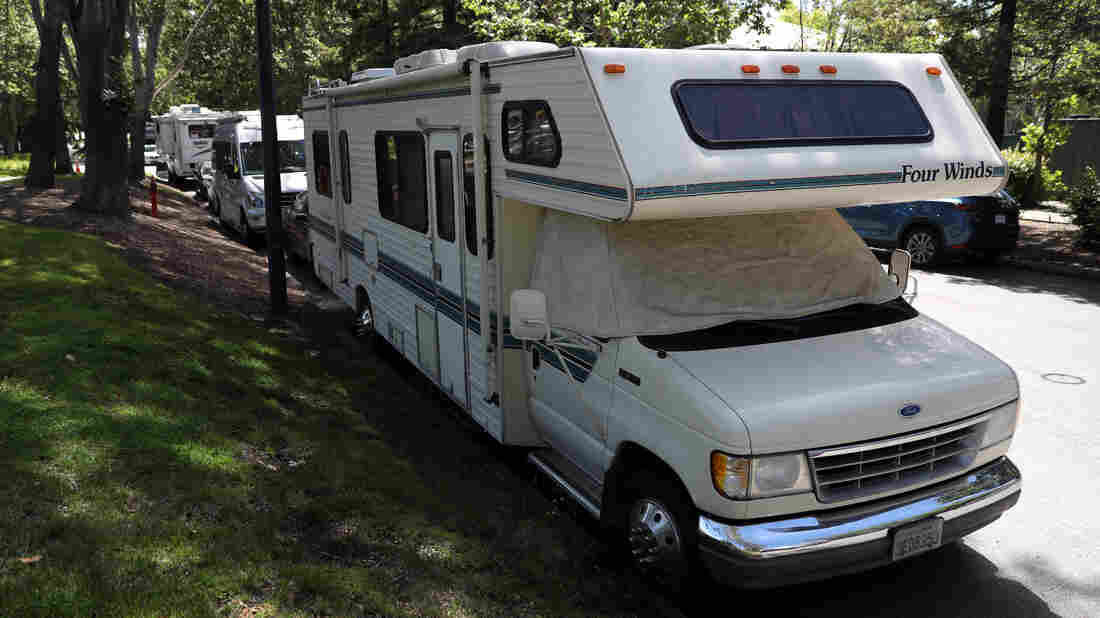 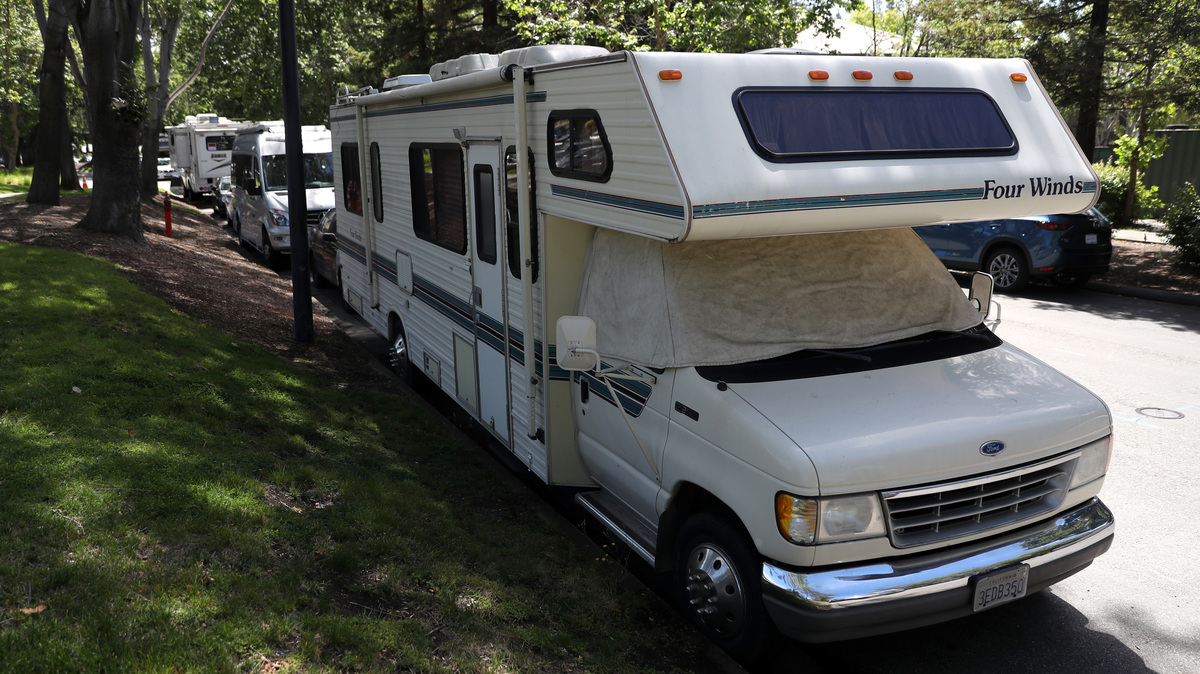 RVs sit parked on a street near Google's headquarters in Mountain View, Calif. Some longtime area residents and lower-paid Google workers have had to look for alternatives to paying steep rental costs.

Google is committing $1 billion to try to provide more affordable housing in the San Francisco Bay Area, where big tech firms have been blamed for putting home prices out of reach for anyone without a rich stock-option plan. Google says the money should result in 20,000 new homes added to the local market, over 10 years.

"We hope this plays a role in addressing the chronic shortage of affordable housing options for long-time middle and low income residents," Google CEO Sundar Pichai said in a statement unveiling the plan Tuesday.

As Google and other big tech companies have thrived, many people have struggled to find housing in the region or have been forced into lengthy commutes — 90 miles in at least one case.

People earning $100,000 can afford to live in only 28 percent of the Bay Area's neighborhoods, member station KQED reported last month, based on a review of housing costs and median rent rates. And a study published in April found that the Bay Area had the third-largest population of people experiencing homelessness in the U.S.

Google's announcement comes one week after Mountain View's city council postponed a move to ban RVs from parking overnight on the city's streets — a phenomenon that made headlines last month when reports emerged that hundreds of people were living in RVs to escape high rents.

As Bloomberg reported in May, RVs and vans line the streets of some neighborhoods. Some of the people who live in them have been in the area for decades; others are lower-paid Google workers who can't afford to pay the rent on an apartment close to their jobs.

Google's attempt to ease the housing crunch will play out over 10 years, in two main phases. First, Pichai said, the company will "repurpose at least $750 million of Google's land, most of which is currently zoned for office or commercial space, as residential housing."

That move should result in 15,000 new homes at all income levels, including for low- and middle-income prospective homebuyers, the Google CEO said.

In the second part of the plan, Google will create a $250 million investment fund that will be used to give developers incentives to build at least 5,000 affordable housing units.

Pichai said the company has already worked with its home city of Mountain View, Calif., to change the zoning on some of its land. Similar conversations, he added, are taking place with officials in nearby Sunnyvale and San Jose.