Accessibility links
Patrick Shanahan Drops Out Of Running For Defense Secretary The acting defense secretary "has decided not to go forward with his confirmation process," according to a tweet by President Trump.

Shanahan Drops Out Of Running For Defense Secretary

Shanahan Drops Out Of Running For Defense Secretary 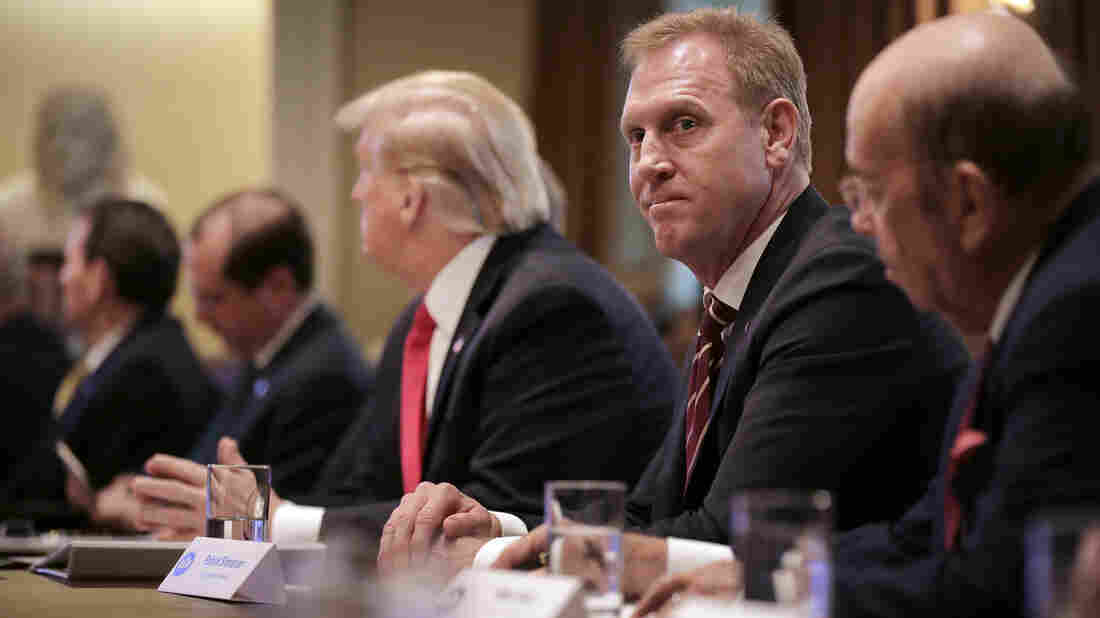 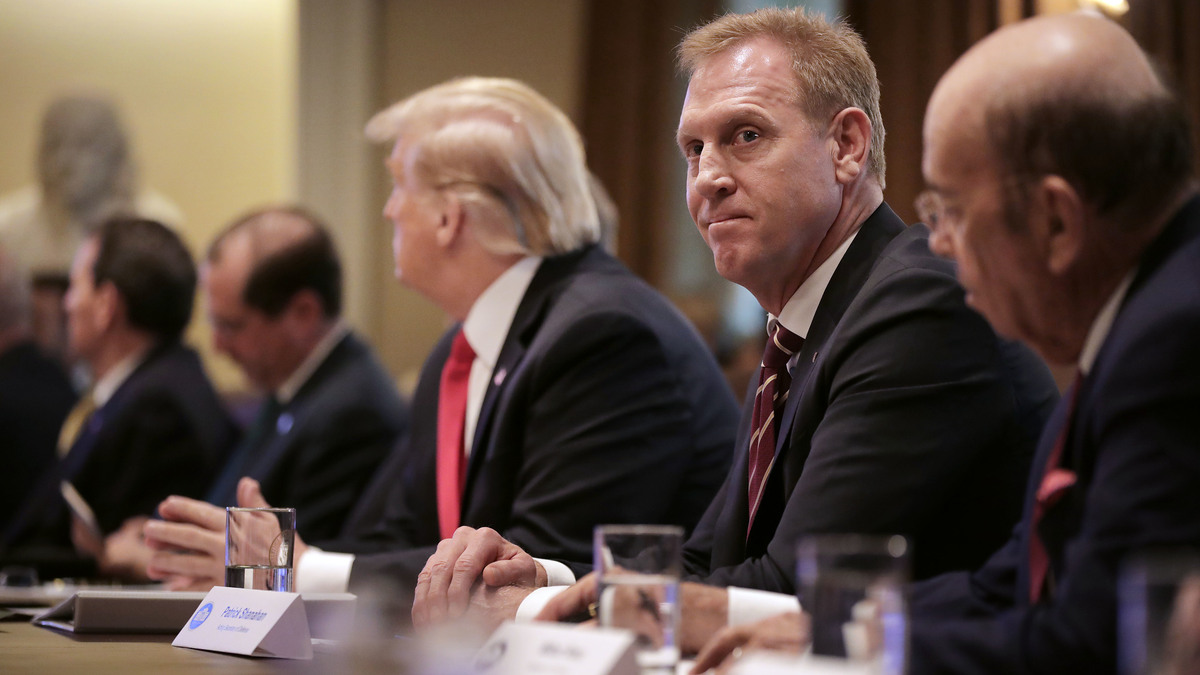 Acting Defense Secretary Patrick Shanahan is not moving forward with the confirmation process to take the job permanently, President Trump announced on Tuesday.

Acting Defense Secretary Patrick Shanahan has removed himself from consideration to permanently lead the Defense Department.

President Trump tweeted Tuesday that Shanahan "has decided not to go forward with his confirmation process so that he can devote more time to his family."

....I thank Pat for his outstanding service and will be naming Secretary of the Army, Mark Esper, to be the new Acting Secretary of Defense. I know Mark, and have no doubt he will do a fantastic job!

Shanahan's decision to drop out of the running for the top job at DOD follows a report in USA Today that he was accused of domestic violence by his then-wife in 2010, which he denies, and an interview with The Washington Post that details another domestic violence incident involving his son.

"Bad things can happen to good families ... and this is a tragedy, really," Shanahan told the Post.

In a statement, Shanahan said, "[A] painful and deeply personal family situation from long ago is being dredged up and painted in an incomplete and therefore misleading way in the course" of the nomination process, adding that he is withdrawing to spare his three adult children public scrutiny.

He also said he is resigning as deputy defense secretary, a post he assumed in 2017.

Trump said he was naming Secretary of the Army Mark Esper to be the new acting defense secretary. Esper is a West Point graduate and a former executive at defense contractor Raytheon.

Trump announced he had selected Shanahan to succeed Jim Mattis in May but had not yet submitted a formal nomination to the Senate.

Trump told reporters Tuesday afternoon that he had not asked Shanahan to withdraw. "He presented me with a letter this morning," Trump said. "That was his decision."

He said Shanahan was "a wonderful person," adding, "It's a difficult time for Pat."

Trump called Esper "highly respected" and said that "we look forward to working with him for a long period of time to come."

Senate Majority Leader Mitch McConnell, R-Ky., said Esper was "a good choice" for acting defense secretary, adding, "I do think we'd be better off by far to have a secretary of defense that was actually confirmed by the Senate."

Senate Armed Services Committee Chairman James Inhofe, R-Okla., tells NPR that since Esper has already gone through the confirmation process as Army secretary, "I think that there won't be anything out there that I could think of that would create a problem for him." Inhofe said Trump called him and told him about Shanahan's decision, saying, "I wanted you to be the first one to know that we have come to a decision between us that would be best for all parties, and for the country."

Sen. Lindsey Graham, R-S.C., said he could vote for Esper to become permanent secretary, saying, "We need a permanent secretary of defense to help guide the department through budget negotiations and conflict. So I would encourage the president to find somebody quickly to ascend to the Senate."

Graham also criticized the FBI's background checking process. Shanahan had previously been confirmed as deputy secretary of defense, and the domestic violence details had apparently never come up. "We need to do a better job," Graham said. If the FBI "had the information" about Shanahan, "they should share it. But that's over," he said.

It's not clear whether Trump intends to formally nominate Esper to become the permanent defense secretary. He told reporters that "acting gives you much greater flexibility. A lot easier to do things."

In a statement, the executive director of Citizens For Responsibility And Ethics in Washington, Noah Bookbinder, said Esper will "risk being tainted by his previous work for a major defense contractor." Noting that Raytheon has announced plans to merge with United Technologies, another defense contractor, Bookbinder said Esper's ethics agreement, and his ability to follow it, "will be something we will be watching closely."

Shanahan had also faced questions about his background as a former Boeing employee, but an investigation found he did not commit ethics violations.

The leadership changes come as tensions between the U.S. and Iran have increased. Monday night, Shanahan announced the U.S. was sending an additional 1,000 troops to the Middle East "for defensive purposes." The Trump administration has charged Iran with attacking commercial shipping in the region.