Accessibility links
Boaty McBoatface, Internet-Adored Sub, Makes Deep-Sea Discovery On Climate Change Since the delightful snafu that led to the research vessel's goofy moniker, the autonomous submarine has been off gathering deep-sea data on the effects of Antarctic winds. 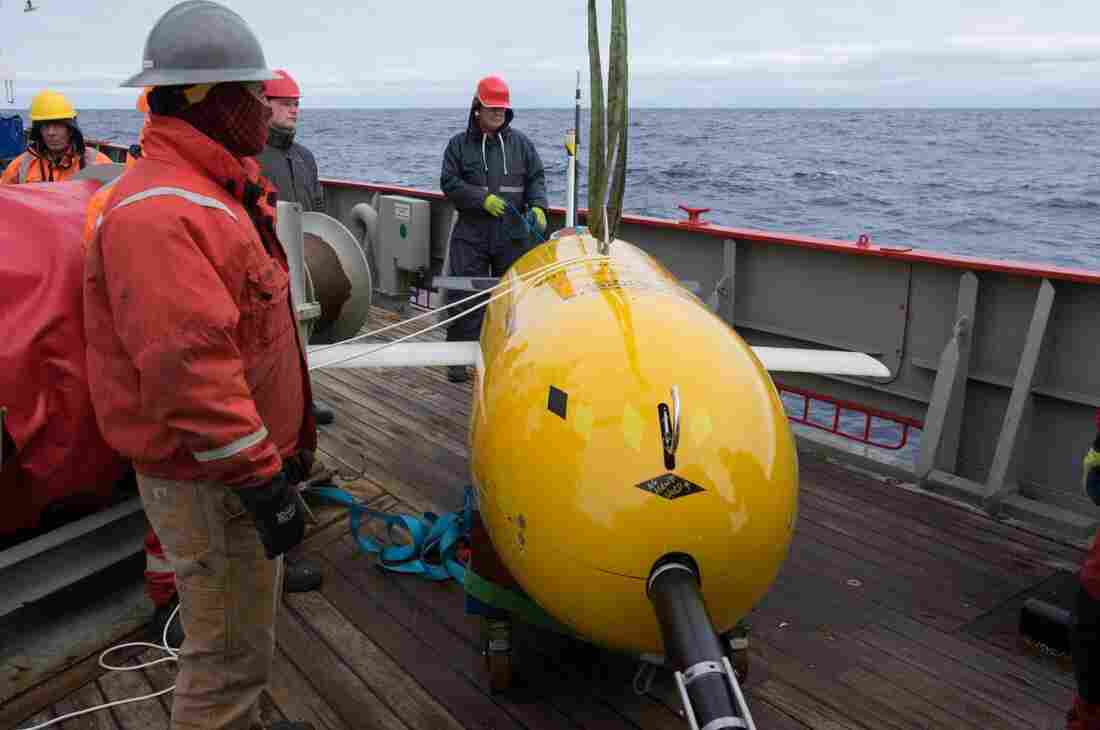 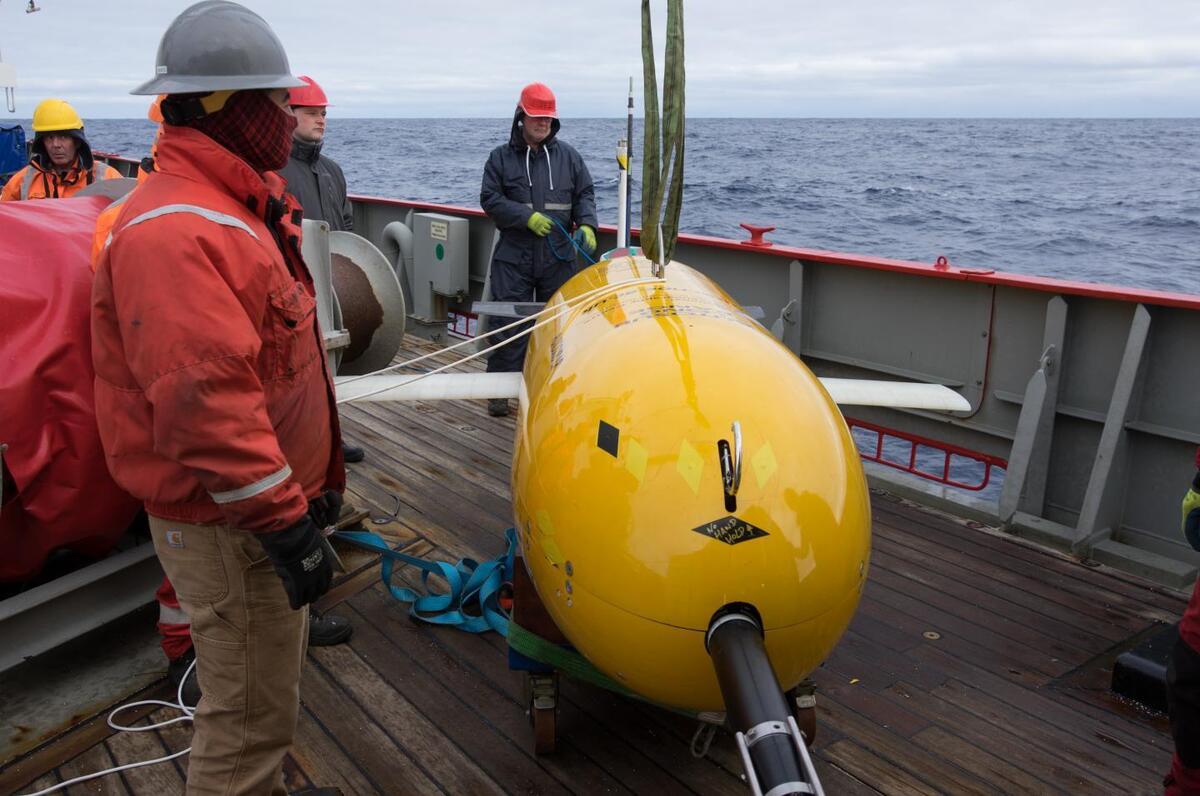 Remember Boaty McBoatface? In the years since the naming snafu over a research vessel grabbed international headlines, Boaty has been off gathering crucial deep-sea data on the effects of climate change.

Now, the findings from Boaty's first mission are out — and they shed light on how Antarctic winds that are strengthening due to climate change are impacting sea levels.

But before we dive into what Boaty found, let's remember how it got here.

Back in 2016, Britain's Natural Environment Research Council asked the public for help naming a new cutting-edge polar research ship. Shackleton, Endeavor and Falcon were among the contenders put forth, as NPR reported at the time. But the Internet had another idea. Voters in the online poll overwhelmingly threw their support behind "Boaty McBoatface."

The U.K.'s science minister at the time, Jo Johnson, vetoed the people's choice, saying the vessel needed a name that was more "suitable." The ship was ultimately named Sir David Attenborough, after the well-known natural historian.

But the council did pay homage to the Internet's extraordinary naming powers by naming a smaller, more modest vessel Boaty McBoatface. And the autonomous yellow submarine has had a very successful maiden voyage.

"It was the first mission and brought back an incredible wealth of data," oceanographer Eleanor Frajka-Williams of the U.K.'s National Oceanography Centre tells NPR.

In April 2017, Frajka-Williams and other researchers deployed the submarine to take measurements deep in the Southern Ocean near Antarctica. Their findings were published this week in Proceedings of the National Academy of Sciences.

"In recent decades, winds blowing over the Southern Ocean have been getting stronger due to the hole in the ozone layer above Antarctica and increasing greenhouse gases," the researchers said in a statement.

They wanted to see how these stronger winds on the surface were impacting the environment far below the waves — and whether that deep ocean activity was contributing to rising sea levels.

So they sent Boaty into underwater valleys, traveling to depths of up to 4,000 meters (nearly 2.5 miles). Boaty's longest journey took three days and traveled 180 km, or more than 110 miles.

"It was making measurements of turbulence and the ocean properties — temperature and salinity — near the seabed, and it's a particularly unique instrument because we can use it to make a spatial picture," says Frajka-Williams.

And the data are much more detailed than previous measurements, she says, which were made by lowering instruments from a ship, then moving the ship and taking another measurement.

The stronger Antarctic winds contribute to stronger currents, Frajka-Williams says. This, in turn, leads to more churn, or turbulence, deep under the sea.

Boaty was able to pinpoint a previously unknown way in which this mixing is causing water to warm up across large areas, she said. Usually, deeper, colder water mixes with shallower, warmer water — think of vast amounts of water moving up and down.

But the measurements taken by the little submarine show that cold water is also mixing with warm water at similar depths — more of a horizontal sort of flow.

"This was the unique new process that rapidly exchanges water between the cold and the warm and then spreads the effect of the different water properties over a larger area," Frajka-Williams says. And this sort of rapid churning is "a lot more efficient than it might otherwise have been" at mixing and heating.

The temperature of the water is important because warm water takes up more space than cold water, so warmer waters deep in the ocean would result in higher sea levels.

"The resulting warming of the water on the sea bed is a significant contributor to rising sea levels," the researchers say. "However, the mechanism uncovered by Boaty is not built into current models for predicting the impact of increasing global temperatures on our oceans."

Frajka-Williams says she hopes this will push scientists to figure out a way to weave the mechanism they found into future climate models.

And the fact that the measurements were taken by a sub with an awesome name was just icing on the cake. "I thought it was great fun," she says. "It was also great because my kids were a little bit more interested in it, as well."