Accessibility links
California Utility PG&E To Pay $1 Billion To Local Governments For Wildfire Damage Attorneys for a group of counties and cities announced the proposed settlement Tuesday to help cover taxpayer losses from wildfires dating back to 2015. 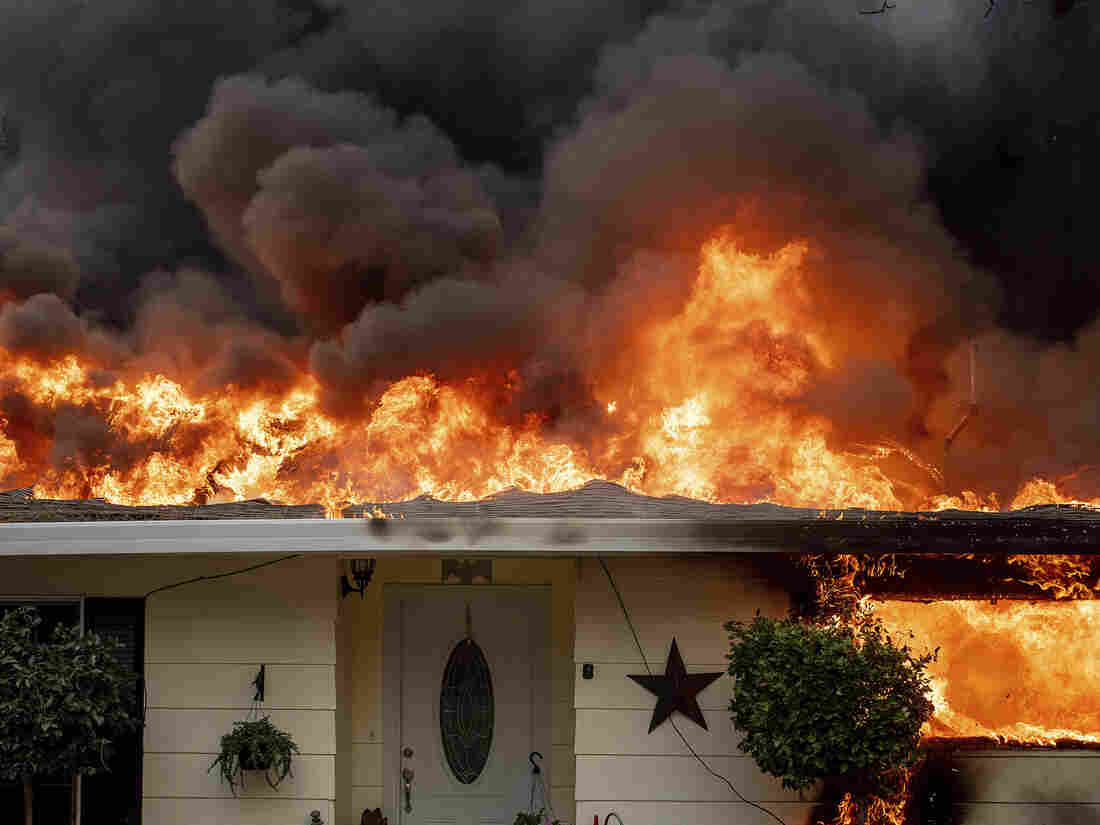 Flames consume a home in Paradise, Calif. PG&E will pay the town and other jurisdictions $1 billion for wildfire damage caused by its equipment. Noah Berger/AP hide caption 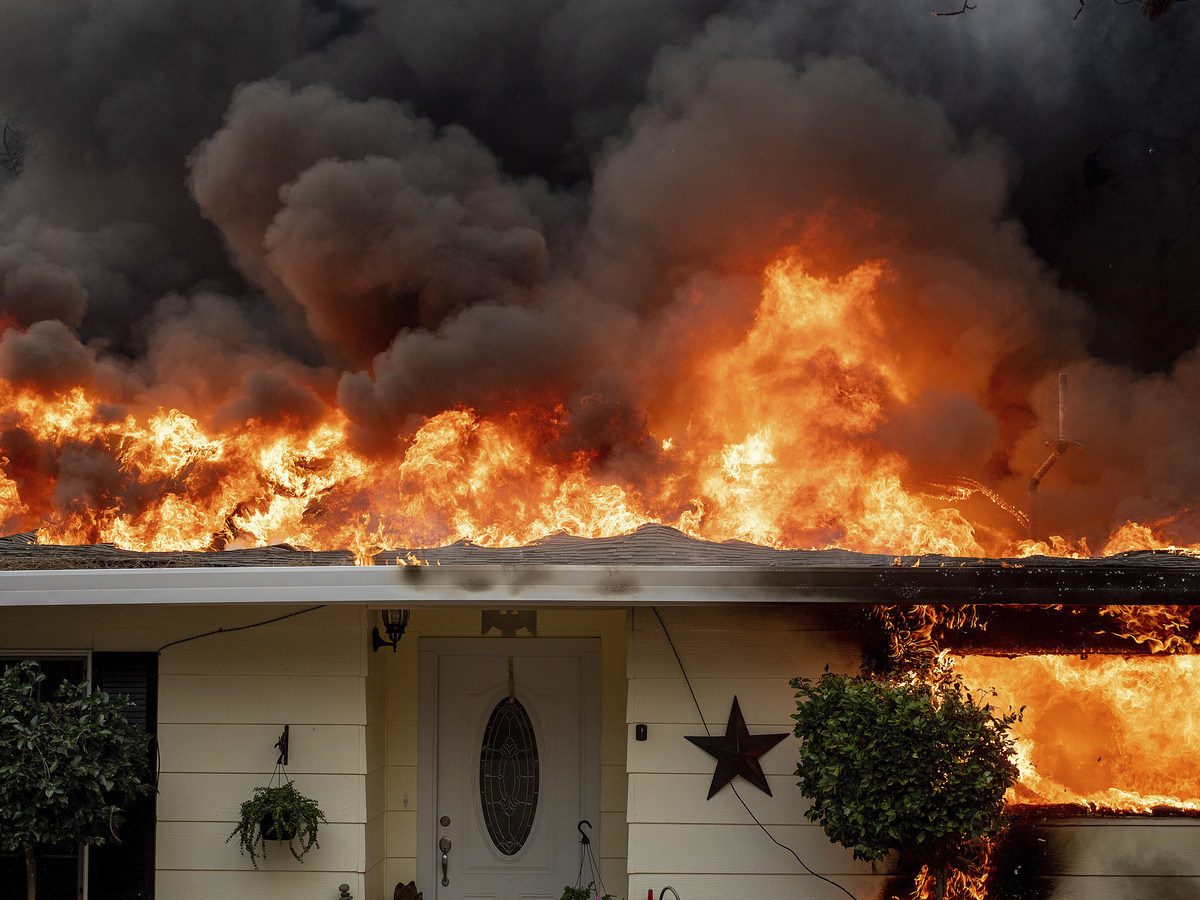 Flames consume a home in Paradise, Calif. PG&E will pay the town and other jurisdictions $1 billion for wildfire damage caused by its equipment.

California utility giant Pacific Gas and Electric Co. (PG&E) has agreed to pay $1 billion to 14 local governments throughout the state for the wildfire damage caused by its equipment and practices.

Attorneys for a group of local public entities — counties and cities — announced the proposed settlement Tuesday to help cover taxpayer losses from the 2015 Butte Fire, the 2017 North Bay Fires and the 2018 Camp Fire.

The town of Paradise, which was virtually destroyed by the 2018 Camp Fire, will receive $270 million. Another $252 million is designated for Butte County and $47.5 million for Paradise Recreation and Parks District.

Another $415 million will be divided by other jurisdictions and agencies hit by the wildfires in 2017, including Sonoma County, the city of Santa Rosa, Napa County and the city of Napa.

Yuba County and the Calaveras County Water District will receive $12.5 million and $3 million respectively for the 2015 Butte Fire.

"The town of Paradise will rebuild, and this is an important step towards our recovery," said Paradise Mayor Jody Jones as quoted by the Times-Standard. "On behalf of the town, we hope to receive the money as soon as possible so we can put it towards rebuilding our infrastructure and providing those necessary services for community resiliency."

The proposed settlement does not cover claims filed by individuals or businesses who were victims of the fires and the action faces another hurdle: it is subject to approval by a bankruptcy court.

PG&E filed for bankruptcy protection in January. State fire investigators concluded in May that PG&E's transmission lines were to blame for the 2018 Camp Fire, the deadliest and most destructive in California history. The fire killed 85 people and burned more than 150,000 acres.

The settlement is "an important first step toward an orderly, fair and expeditious resolution of wildfire claims," PG&E spokesman Ari Vanrenen said in a statement. "We remain focused on supporting our customers and communities impacted by wildfires and helping them recover and rebuild."

In the audio version of this story, we incorrectly say the Camp Fire took place last summer. In fact, it was November 2018.