'The Porpoise' Is A Rich — But Wandering — Read

'The Porpoise' Is A Rich — But Wandering — Read 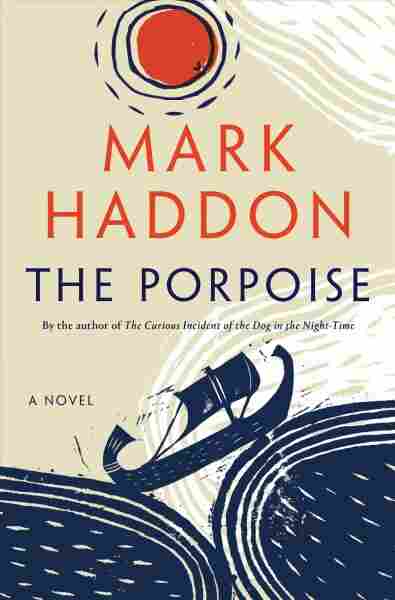 Mark Haddon's latest novel, The Porpoise, inhabits a strange interstitial space between myth, fantasy, tragedy, and adventure. Among other things, it's a reimagining of the ancient legend of Antiochus, a king who develops an incestuous relationship with his daughter following the death of his wife and is ultimately exposed by Apollonius of Tyre, an adventurer dealing with his own set of troubles. Elegant and full of vivid descriptions, The Porpoise pulls that mythology into the present with intertwined narratives about fathers, daughters and the men who threaten their aberrant relationships.

The Porpoise starts with a terrifying plane crash. Maja, the pregnant wife of Philippe, a rich man, dies in the crash, but the baby is cut out of her in the nick of time. It is a girl, and they name her Angelica. Philippe becomes obsessed with protecting his daughter from the world, but that desire for protection becomes unhealthy attraction — and eventually sexual contact as the little girl grows into a beautiful woman.

When Darius — the son of an art dealer who worked with Philippe — visits, bringing artwork he knows the wealthy collector will want to purchase, he meets Angelica and immediately knows something dark is going on in the household. Darius decides to rescue Angelica, but his chivalrous attempt ends with violence and he flees to England by sea to escape Philippe's wrath. After this, the narrative switches, and Darius transforms into Pericles, the hero of Shakespeare's reimagination of the legend of Antiochus, and enters a magical world of living dead men, epic sea battles, gladiator fights, incestuous secrets, devastating loss, and dying kings.

The Porpoise is an uncomfortable read. Haddon has a knack for creating dislikeable characters, and Philippe is the kind whose rationalizations for his actions are cringe-worthy:

When does Philippe's touching move from innocence into something more sinister? Is he conscious of having crossed a line at all? Or was the way he held her and played with her compromised from the beginning? If Philippe gives it any name, he calls it love.

While the array of flawed, dislikeable people inhabiting this novel is testament to Haddon's talent to developing multilayered characters, there are two elements working against The Porpoise. The first is the endless collection of descriptive passages. From sea travels to fights, city vistas to everyday town scenes in, the novel often deviates from the main narrative to indulge in unnecessary details. Take, for example, a scene that celebrates what Haddon calls the "joyous, gaudy, vulgar swill of it all":

Next door to the Neptune three men are digging out a privy. They have dirty rags across their faces and breeches buckled round high leather boots to keep the rats out. There is a big barrel of juniper to freshen the emptied pit and a boy who looks as if he is made entirely of turd apart from two white eyes. The smell is eye-wateringly bad. At the side of the street sits a high-sided cart full of excrement bound for some lucky Essex pigs.

This scene, like many others, adds nothing to the narrative except beauty and doesn't contribute to the plot. There are many like this throughout the novel; descriptions of ocean voyages, cities, names of ports, scenes of people doing random things. Haddon gets away with it because his writing is so fabulous, these passages are almost flash fiction pieces that possess a power of their own.

The second small flaw is the narrative's structure. The strength of the novel's opening chapter peters out into a succession of journeys and longwinded encounters. The story comes back to Angelica from time to time, but it mostly stays in the new realm surrounding Darius/Pericles.

Despite those shortcomings, the writing in The Porpoise makes it worthy of attention. Yes, those descriptive passages bloat the story, but they are so gorgeous their beauty earns them the space they occupy. Similarly, while the structure will probably confuse casual readers, the author's imagination and his ability to deliver outstanding action sequences — not to mention his talent for using spare dialogue in devastating ways — mute the structural flaws.

'The Porpoise' is a rich, beautiful read. Its shortcomings are masked by Haddon's dazzling use of language and talent for describing action and feelings.

The Porpoise is full of death and darkness, but Haddon uses them as vehicles to deliver keen observations on the nature of loss, depression, judgment, and cowardice. Some of the men here act in despicable ways, but they don't get to carry on after their secrets are discovered. Likewise, the women occupy a space where they are seen as less than men — because that's the way they were seen in Pericles and Shakespeare's time — but they are the center of everything, so those who treat them as lesser are exposed as ignorant. Haddon knows how to turn an event into a lesson, and his prose ensures those lessons are not lost on readers: "When the path veers into darker, more difficult terrain you finally understand that what you thought was weakness in others is not weakness at all; it is simply the structure of the world."

The Porpoise is a rich, beautiful read. Its shortcomings are masked by Haddon's dazzling use of language and talent for describing action and feelings. It's a rough, bizarre, magical journey, and readers will not come out of it untouched.