Accessibility links
Citizenship Question: Order By Judge In Maryland Sets Up Potential New Block The Supreme Court is expected to rule soon on the Trump administration's plans for a citizenship question. But an order by a federal judge in Maryland could complicate the question's legal fate. 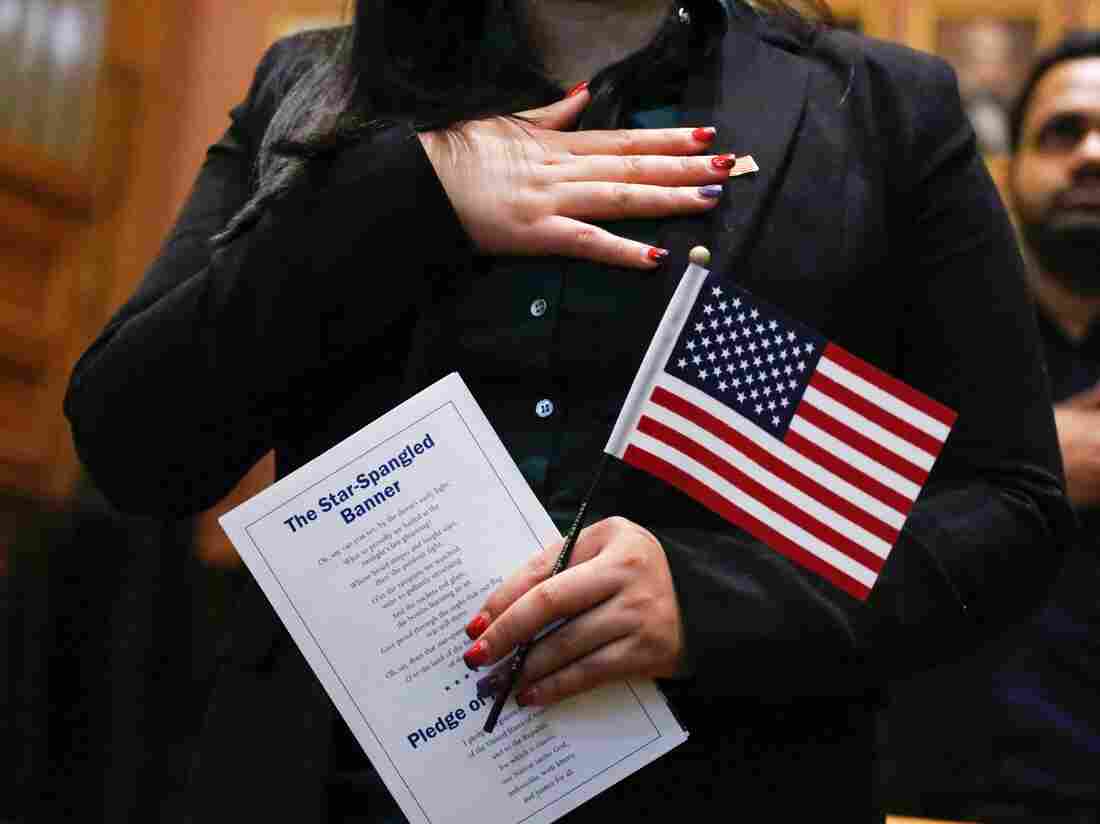 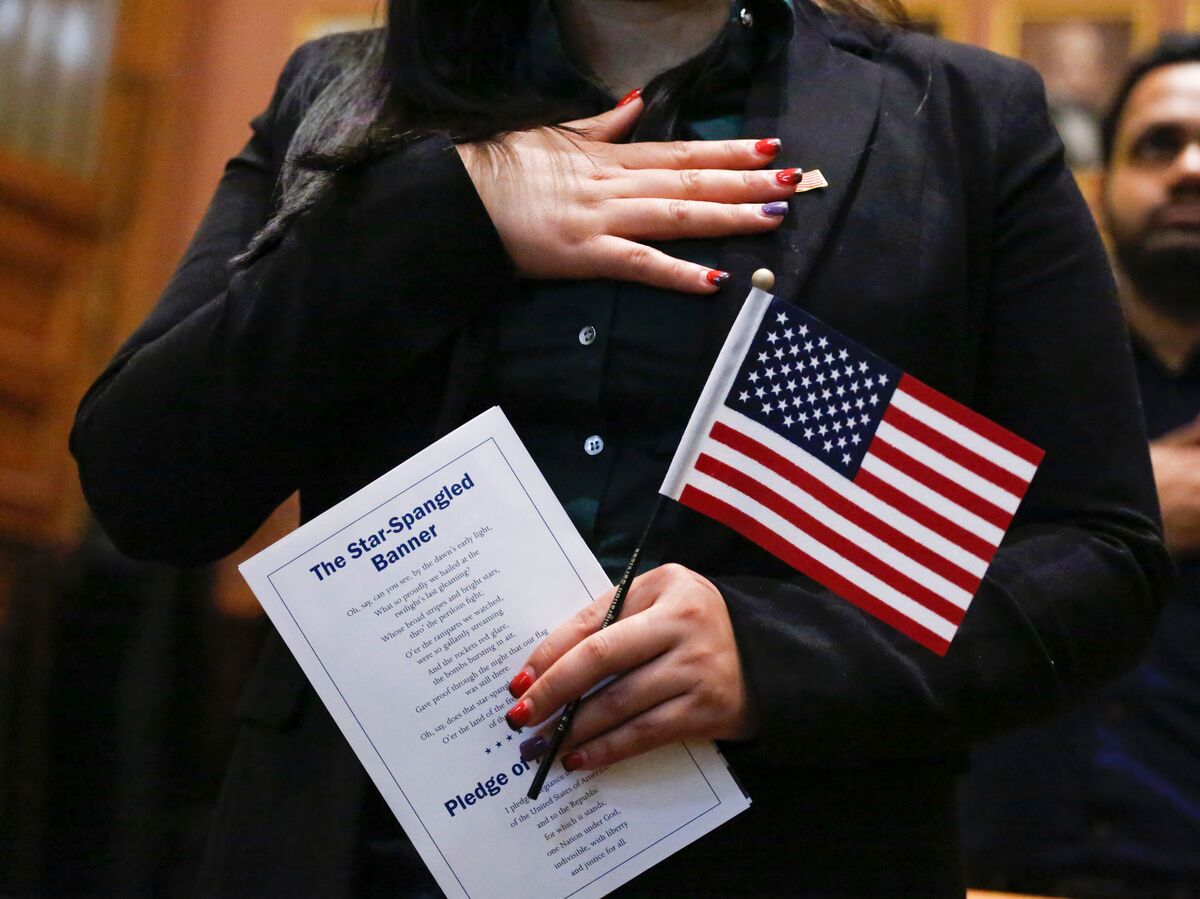 Candidates for U.S. citizenship take the oath of allegiance during a 2017 naturalization ceremony in Jersey City, N.J. A federal judge's order Wednesday could complicate the Census Bureau's plans to finalize census questionnaires and start printing paper forms for the national head count by July 1.

A new order by a federal judge in Maryland sets up a potential new block against the Trump administration's plans to add a citizenship question to forms for the upcoming 2020 census.

The latest development in the legal battle over the hotly contested question could complicate the Census Bureau's plans to finalize census questionnaires and start printing paper forms for the national head count by July 1.

Three federal judges, including U.S. District Judge George Hazel of Maryland, have already issued rulings that block the question, "Is this person a citizen of the United States?" But a ruling by the Supreme Court, which is expected to weigh in soon, could lift those blocks while leaving two allegations made in the Maryland-based lawsuits unresolved.

The Trump administration says it wants to include the question on census forms to better enforce part of the Voting Rights Act.

Plaintiffs' attorneys argue that files recently discovered on the hard drives of a deceased Republican redistricting strategist, Thomas Hofeller, show that the administration intended to use responses to the question to give Republicans and non-Hispanic white people a political advantage during the drawing of new voting districts after the 2020 census.

"The court's willingness to reconsider its prior decision on the equal protection claim underscores the game-changing significance of the Hofeller files," said plaintiffs' attorney Shankar Duraiswamy of the law firm Covington & Burling in a written statement.

Kelly Laco, a spokesperson for the Justice Department, which is representing the administration, declined to comment on Hazel's order.

The plaintiffs — led by a group of residents of Maryland, Arizona, Texas and other states, as well as the Texas-based community group La Unión del Pueblo Entero — have argued that by adding the question, the administration intended to discriminate against immigrant communities of color and that administration officials conspired to violate those communities' constitutional rights.

Census Bureau research shows that including the citizenship question is highly likely to scare households with noncitizens from taking part in next year's head count of every person living in the U.S., as required by the Constitution. Critics of the question worry that could lead to an undercount in the population numbers that will determine how political representation and federal funding are distributed around the country through 2030.

"It was a disgraceful plan with consequences that will have wide ranging impact for the next decade," said plaintiffs' attorney Denise Hulett of the Mexican American Legal Defense and Educational Fund in a statement.

Hazel previously decided that the discrimination and conspiracy allegations — brought first by plaintiffs represented by MALDEF and Asian Americans Advancing Justice — did not have enough supporting evidence.

But in a court order released Wednesday, Hazel said that the plaintiffs' request for a reconsideration of their claims "raises a substantial issue."

The judge did not provide any additional details. His order said to expect an accompanying opinion to be released soon.

The Maryland cases have been appealed to the 4th U.S. Circuit Court of Appeals, which would have to agree to send the cases back to Hazel before he could issue a new ruling to block the citizenship question.

The 4th Circuit has already set a schedule to review the discrimination claim this month. But the federal appeals court has not yet set a hearing date.

Last week, attorneys led by the ACLU in one of the New York-based lawsuits over the question asked the Supreme Court to delay issuing its ruling until a lower court can review new allegations of a Trump administration cover-up of the real motive for the question.

Census Bureau officials warn that any delay in resolving the legal fate of the citizenship question risks jeopardizing final preparations for the census, which include the printing of 1.5 billion paper forms, letters and other mailings.