Accessibility links
Cassette Crews & Cosmic Cohorts: Seattle's Emerging Labels And Collectives The city's labels and local collaboratives are catching the attention of the entire music community. Each has a unique sound and style that's captivated listeners. 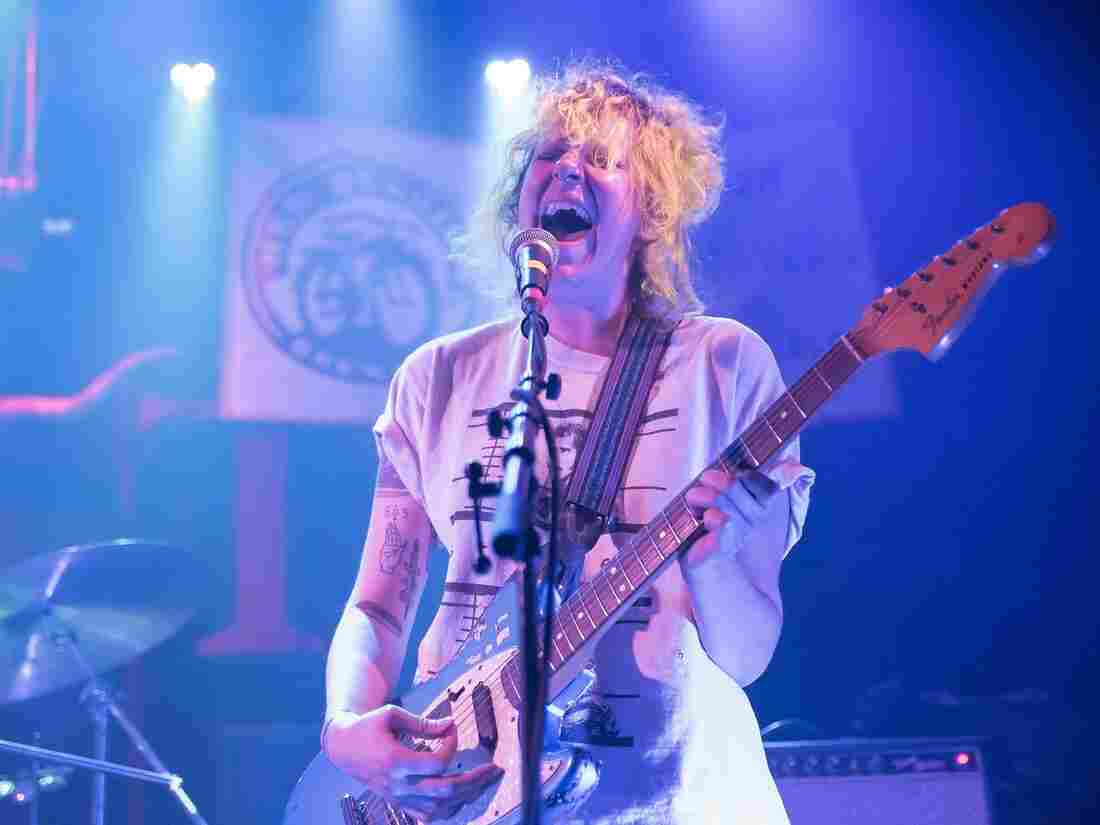 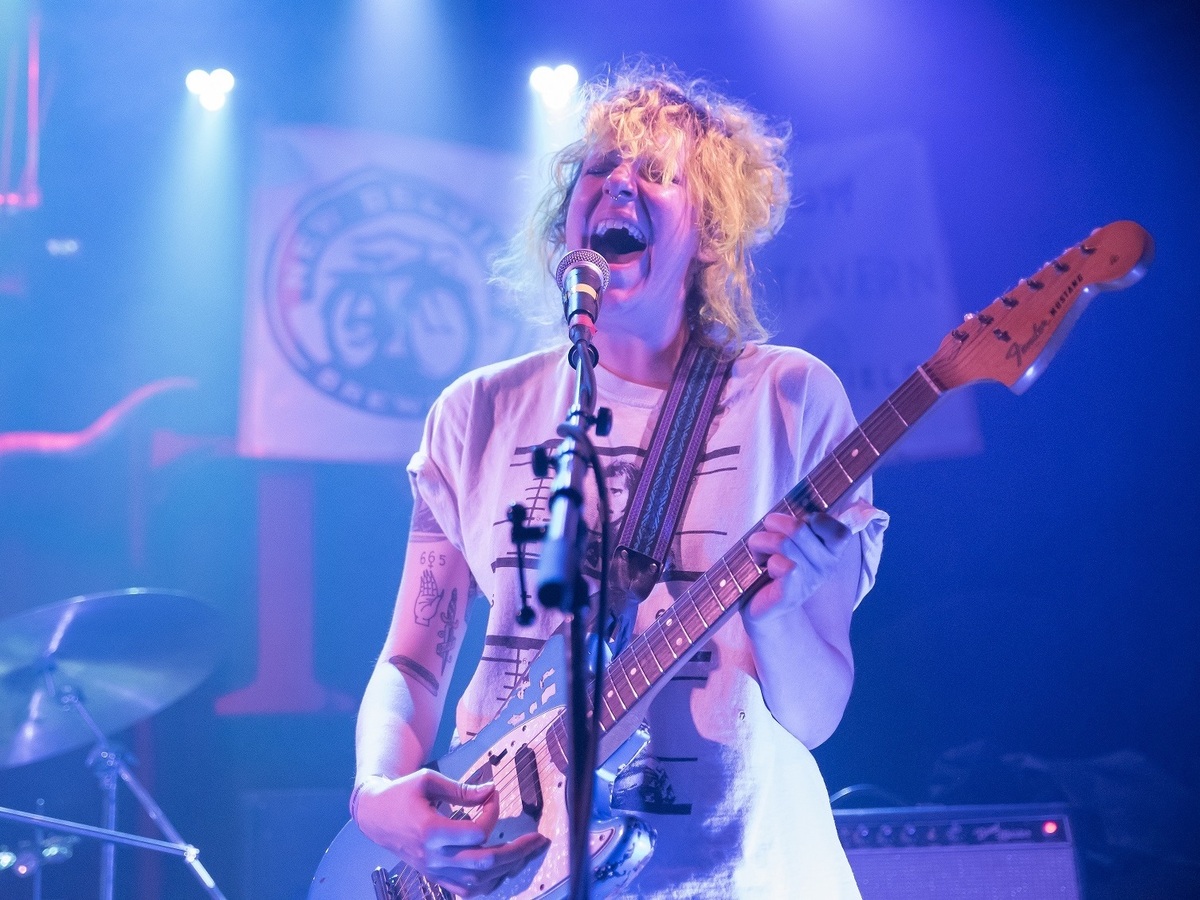 The Northwest sound might have changed from what it was 30 years ago, but artists supporting each other has remained a constant. Independent labels like Sub Pop, Hardly Art, Barsuk, Suicide Squeeze and Sir Mix-a-Lot's own Nastymix Records have all contributed to invigorating and lifting up music made locally and beyond.

While many of these familiar names are still supporting local music, new DIY labels are emerging to bring even more attention to our corner of the Northwest. Beyond just labels, local collectives have continued to emerge, giving likeminded artists a means to support one another and collaborate. In a city whose scene prides itself on its undefinable array of genres and styles, labels and collectives offer ways of exploring different pockets of Seattle music.

Just as much as you can fall in love with a band, it's easy to be captivated by a label and the sound it's curating with its releases. From DIY cassette labels to celestial hip-hop collaborators, the best way to understand what's going on in Seattle is to get to know the groups organizing it all behind the scenes. —Dusty Henry

Blending DIY aesthetics with towering ambition, 69/50 has become an undeniable force in Seattle music. The collective's roster boasts some of the most exciting rappers, producers and pop visionaries in the city — sometimes collaborating on each other's tracks and often sharing the stage with one another. You can hear rapper DoNormaal's entrancing, woozy rhymes backed by electrifying beats from Brakebill and Wolftone. 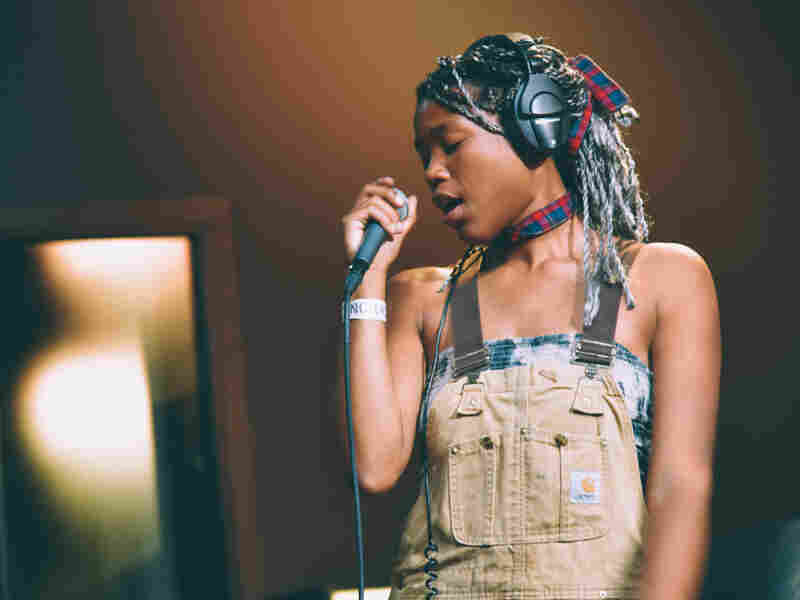 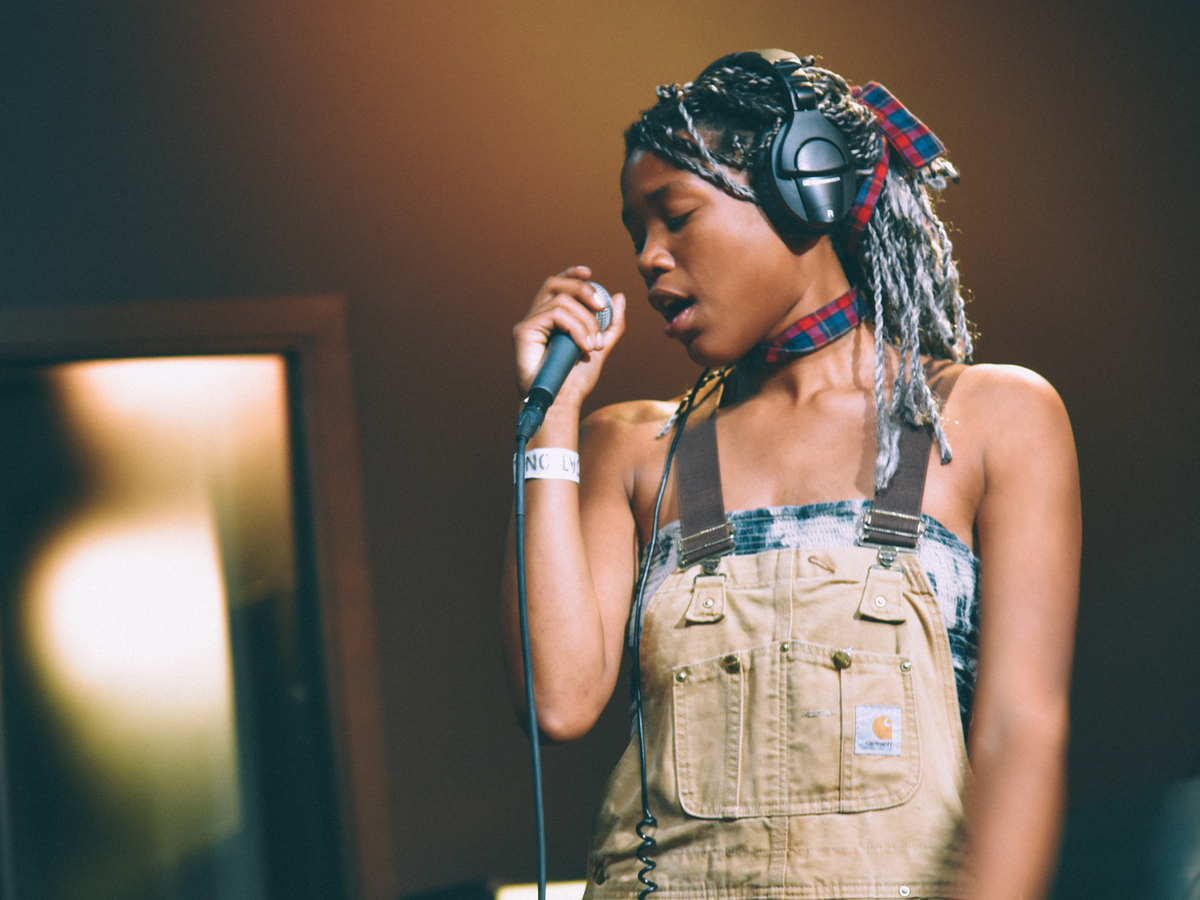 Guayaba can rip your face off with their bombastic raps one second and make you weep with their heavenly singing voice the next. One thing all the artists have in common is their audacious spirit — a willingness to transcend genre and style, with confidence that radiates from them whether they're playing a basement or a festival stage. —Dusty Henry

House and dance music has its roots in QTPOC communities, and BabeXHouse Collective is here to make sure Seattle doesn't forget that. In an era where white male DJs are plentiful on festival lineups and in local clubs, BabeXHouse makes an effort to create safe spaces for the QTPOC electronic music scene — something its founders saw Seattle losing as gentrification continues to sweep over the city. 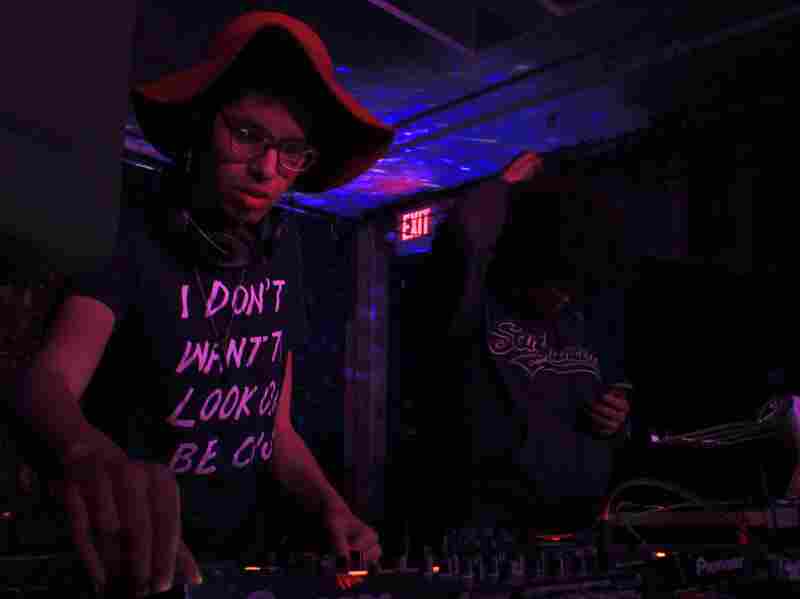 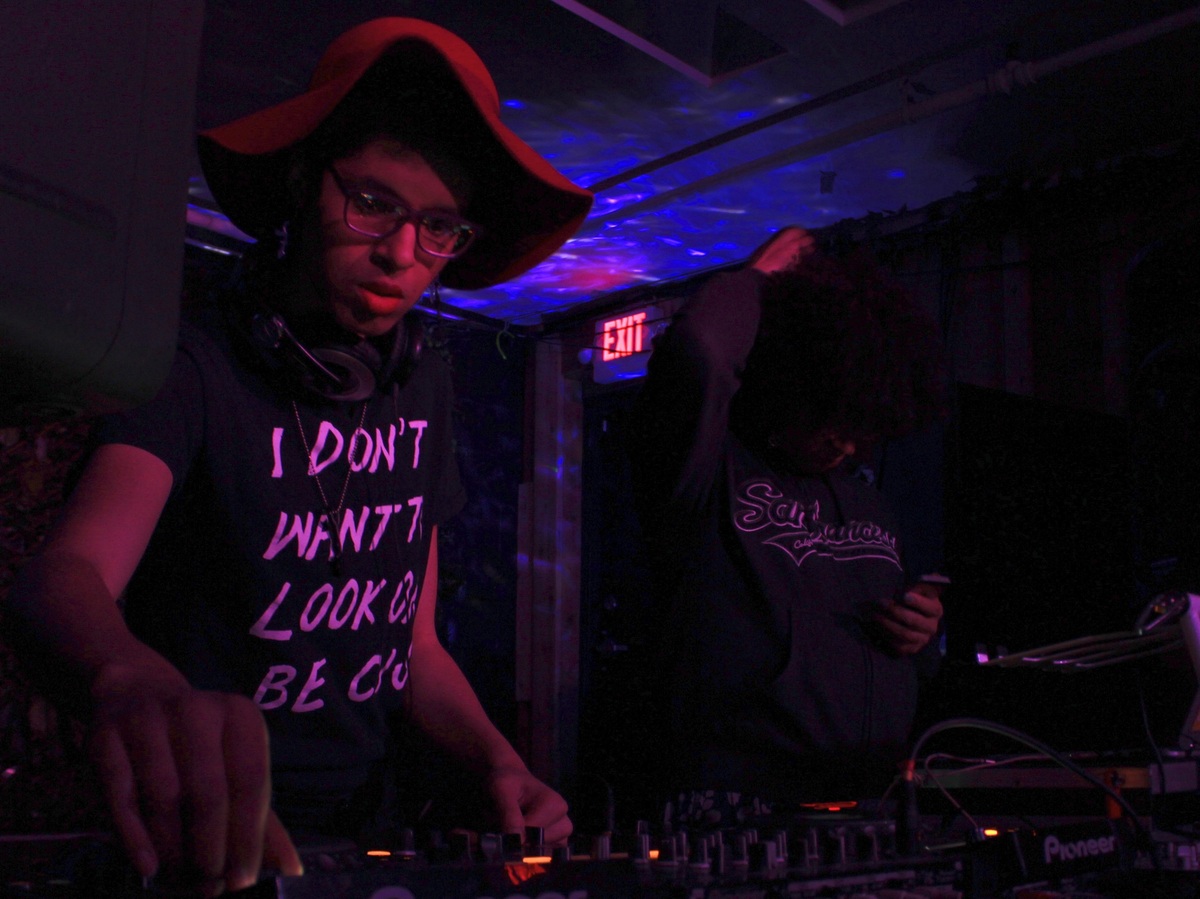 "It's us being able to provide ourselves the opportunity to express ourselves through music, and through dance, and through conversations," BabeXHouse co-founder Renee Jarreau told KEXP earlier this year (Jarreau also performs as DJ Reverend Dollars). Beyond being a noble and necessary pursuit, BabeXHouse hosts some of the best dance parties in the city, thanks to a steady roster of diverse DJs with thrilling dance mixes that feel like they could've come from the year 3000. —Dusty Henry

Some people let you know what they're about just by saying their name. The members of this sprawling collective span multiple artistic disciplines, locales and generations, and they don't particularly have a guiding theme or manifesto; their work is connected through an experience. Black Constellation contains a stunning array of rappers, singers, producers, songwriters, multi-instrumentalists, poets and visual artists; its most visible member (Shabazz Palaces/Digable Planets' Ishmael Butler) is one of the most quietly influential MCs of the past quarter-century. 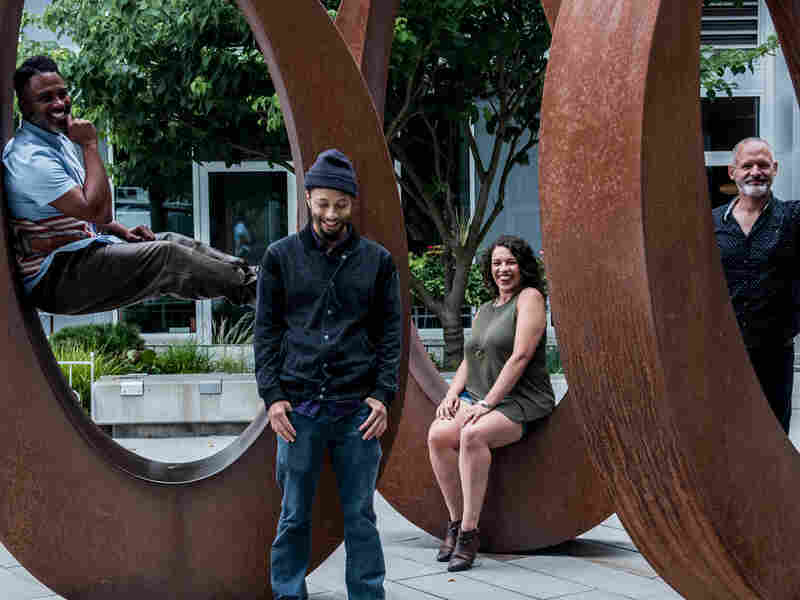 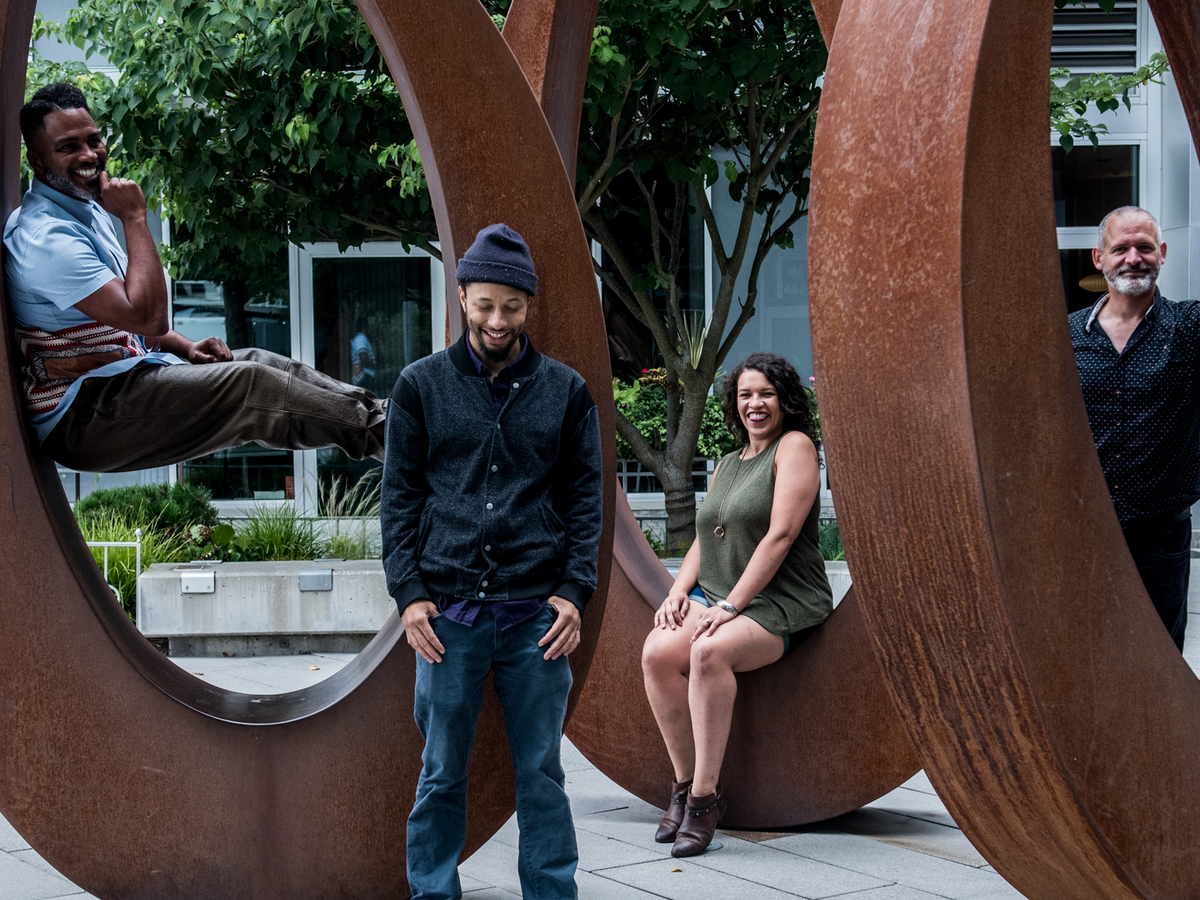 Collectively and individually, Black Constellation's members explore every aspect of being a person of color — not just through withstanding racism and trauma, two components of POC art consumed by white perspectives — and the idea that we as people of color probably have more in common than extraterrestrial beings than we often think about. —Martin Douglas

Hip-hop and vinyl have long gone hand-in-hand. Yet for years, unless an artist got signed by a larger label or invested significant funds, it was difficult to find new Seattle hip-hop on wax. That started to change in 2017 when Crane City Music dropped its first release — a compilation titled Solar Power: New Sounds in Seattle Hip-Hop. 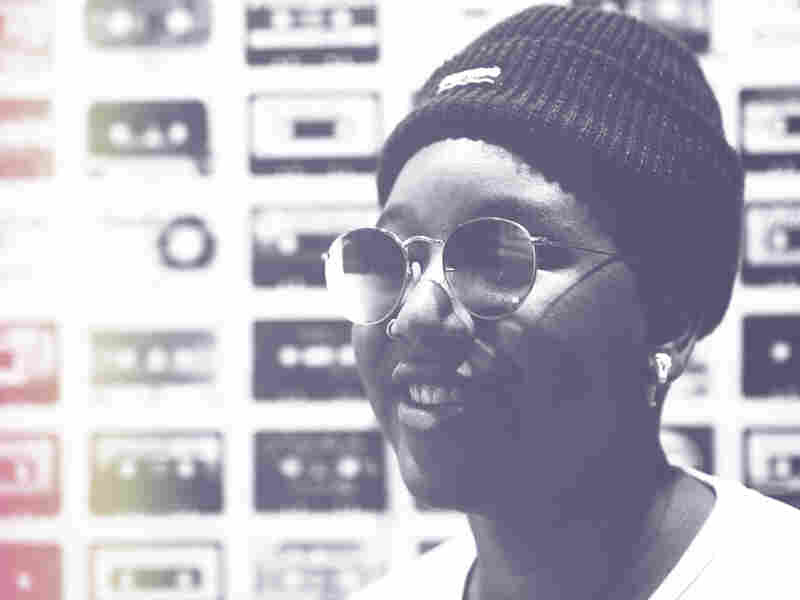 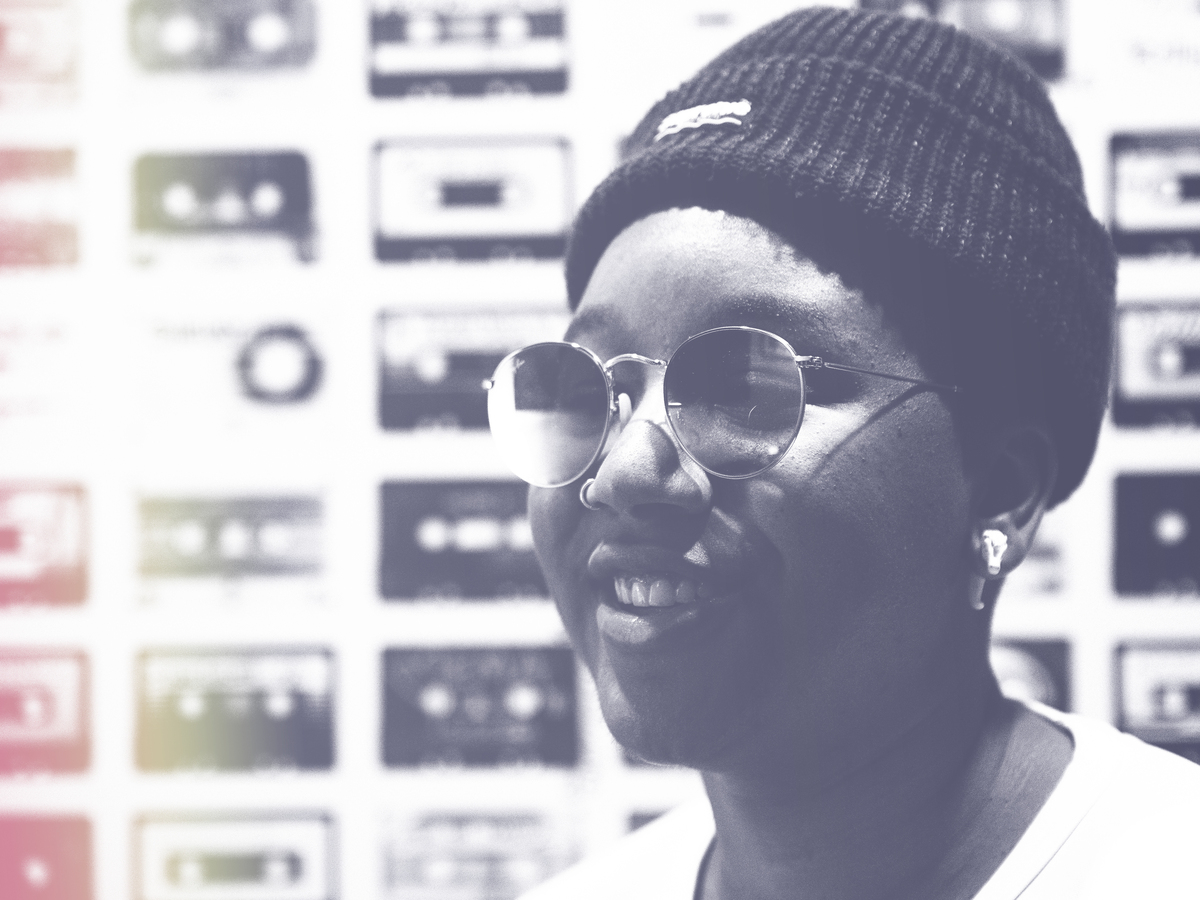 The brainchild of Seattle rap enthusiast Gary Campbell, Crane City continues to put out new releases and first-time pressings of essential releases from Seattle mainstays like DoNormaal, Kung Foo Grip, Sassyblack and Gifted Gab. The label even reached beyond hip-hop with a split release from the perpetually cool Stas THEE Boss and electronic producer Chong The Nomad. Seattle hip-hop is having a moment right now, and Crane City is doing a public service by getting these releases the audiophile format they deserve. —Dusty Henry

To say the Seattle-based Freakout Records is merely a record label would be underselling how much it actually does for the culture of the city's music scene. It's an incubator (for local bands such as Smokey Brights and Acid Tongue, as well as a handful of artists outside of the city), as well as a custodian of Northwest rock and roll history (in 2017, it helped reissue a 1967 single from the Monroe, Wash., rippers in the Bumps). 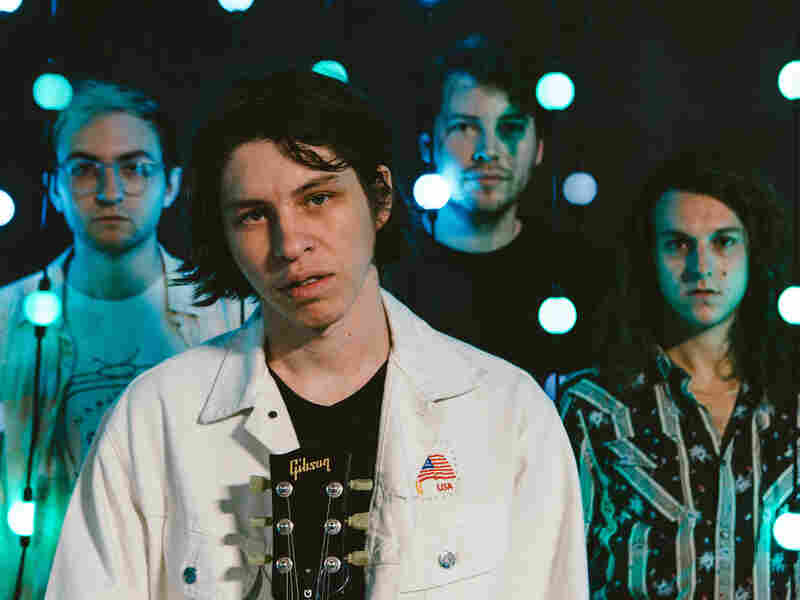 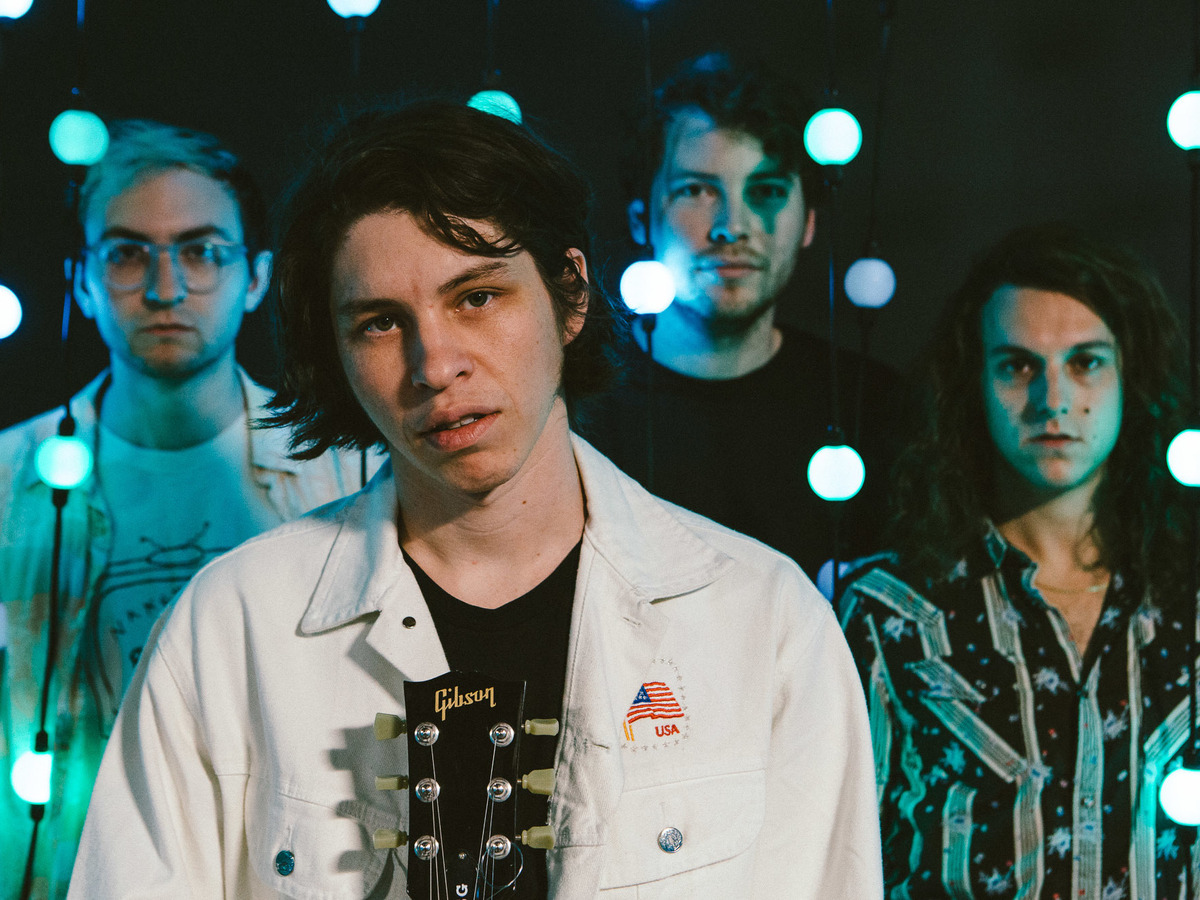 Plus, the label's annual Freakout Festival — which usually takes place in November, a highlight in the thick of the music-festival dead zone — showcases the best and brightest talents in Seattle and beyond. —Martin Douglas

The label seeks out "emerging artists who are doing rad s*** in the Northwest," like the soft grunge of Antonioni or the post-hardcore of Actionesse, to name a couple. While production output can be slow — each release is hand-crafted in small batches — Den Tapes makes it worth the wait. —Janice Headley

Since 2013, Help Yourself Records has been a touchstone for Seattle pop-punk. Formed by four friends while inebriated, Help Yourself has built up an impressive roster of artists, including Chastity Belt, Childbirth, Versing, Dude York and many more. It's hard to believe the founders were only in their early 20s when the label began, but they'd been active in the music scene since before they could get their inside right wrist stamped. 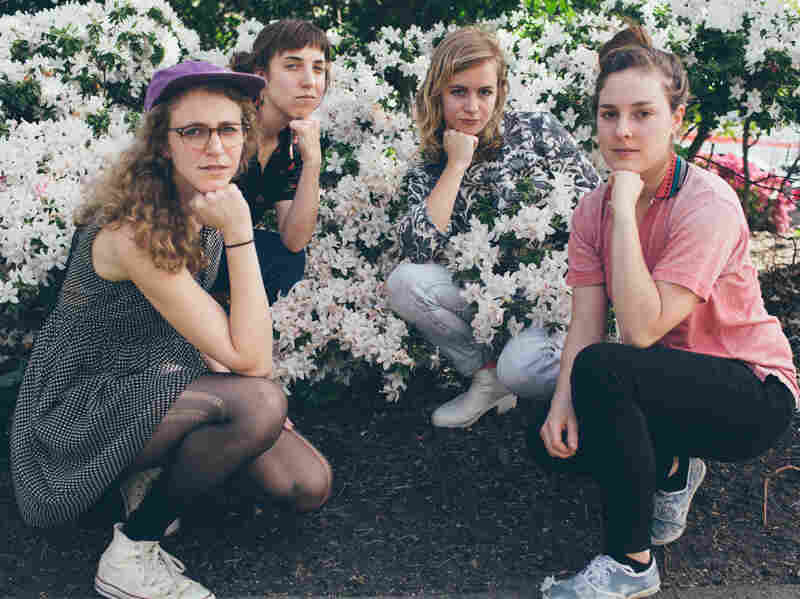 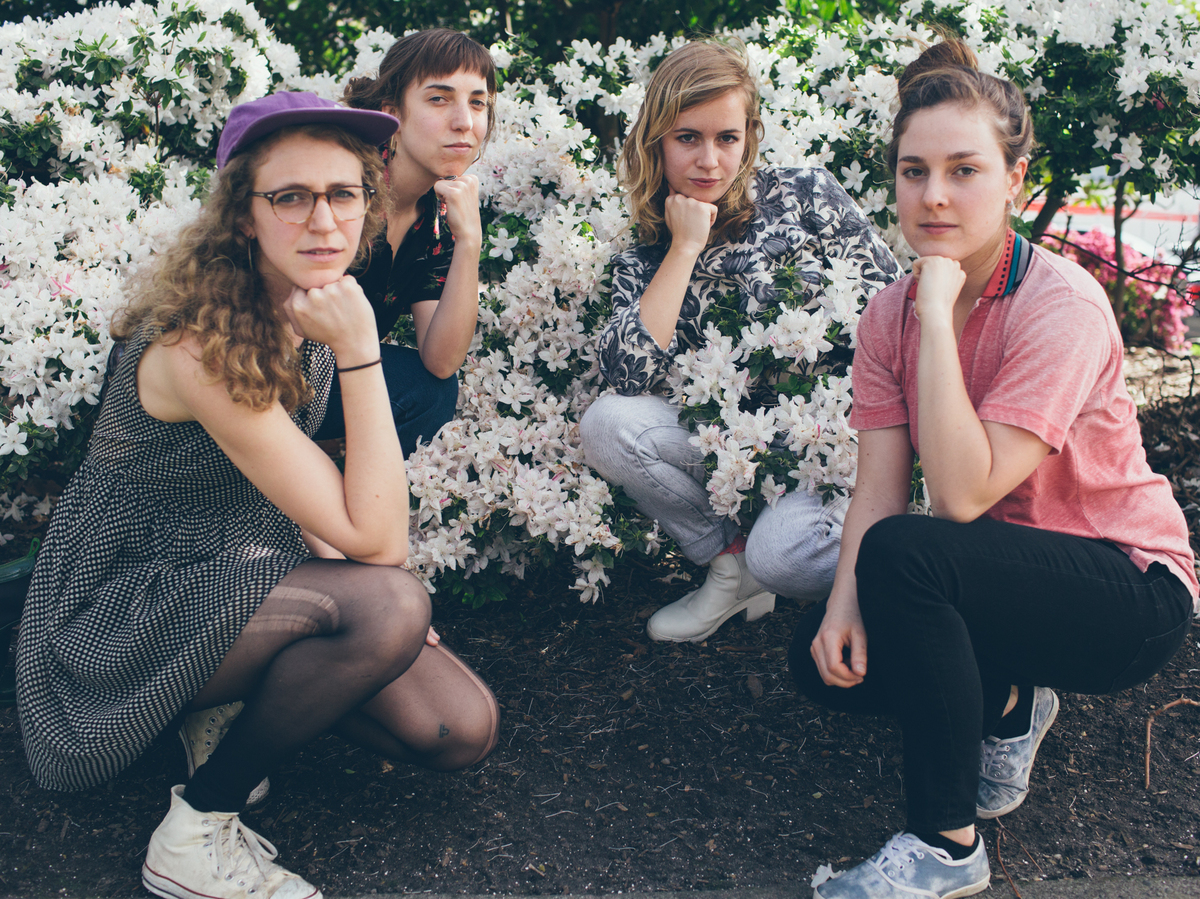 Co-founders Matt Kolhede and Sam Mouser hosted a college radio show titled Monday Night Pizza Party, where they would order Domino's and then invite bands to come play. Though the founders have scattered across the country from Brooklyn to Los Angeles, they still cite Help Yourself as a Seattle label, and we hope it stays that way. —Janice Headley

The one-man project of Alex Ruder, Hush Hush Records is more an effort of curation and collaboration than distribution and promotion. Since 2012, Ruder has been cultivating and uniting artists who make a specific brand of brooding, cinematic electronic music dubbed "Night Bus" via Hush Hush. The label's catalog exists primarily in digital formats, with occasional cassette and vinyl releases. 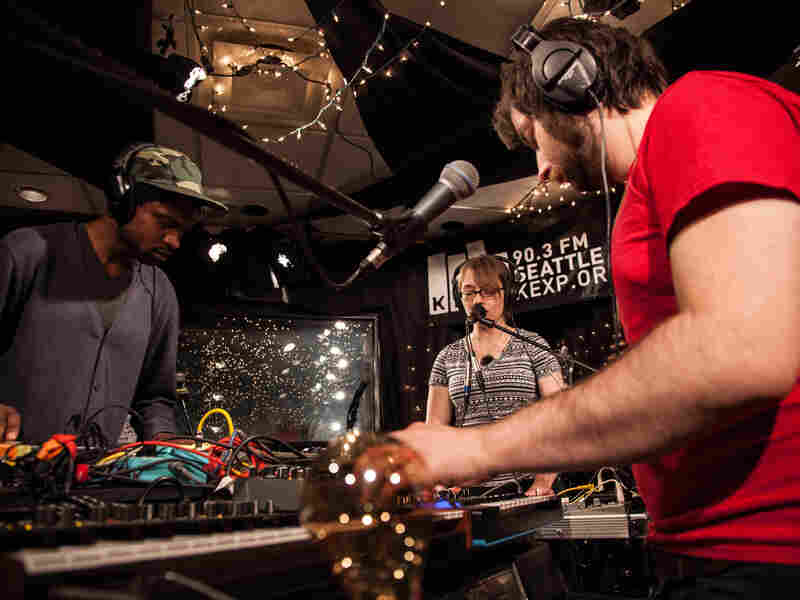 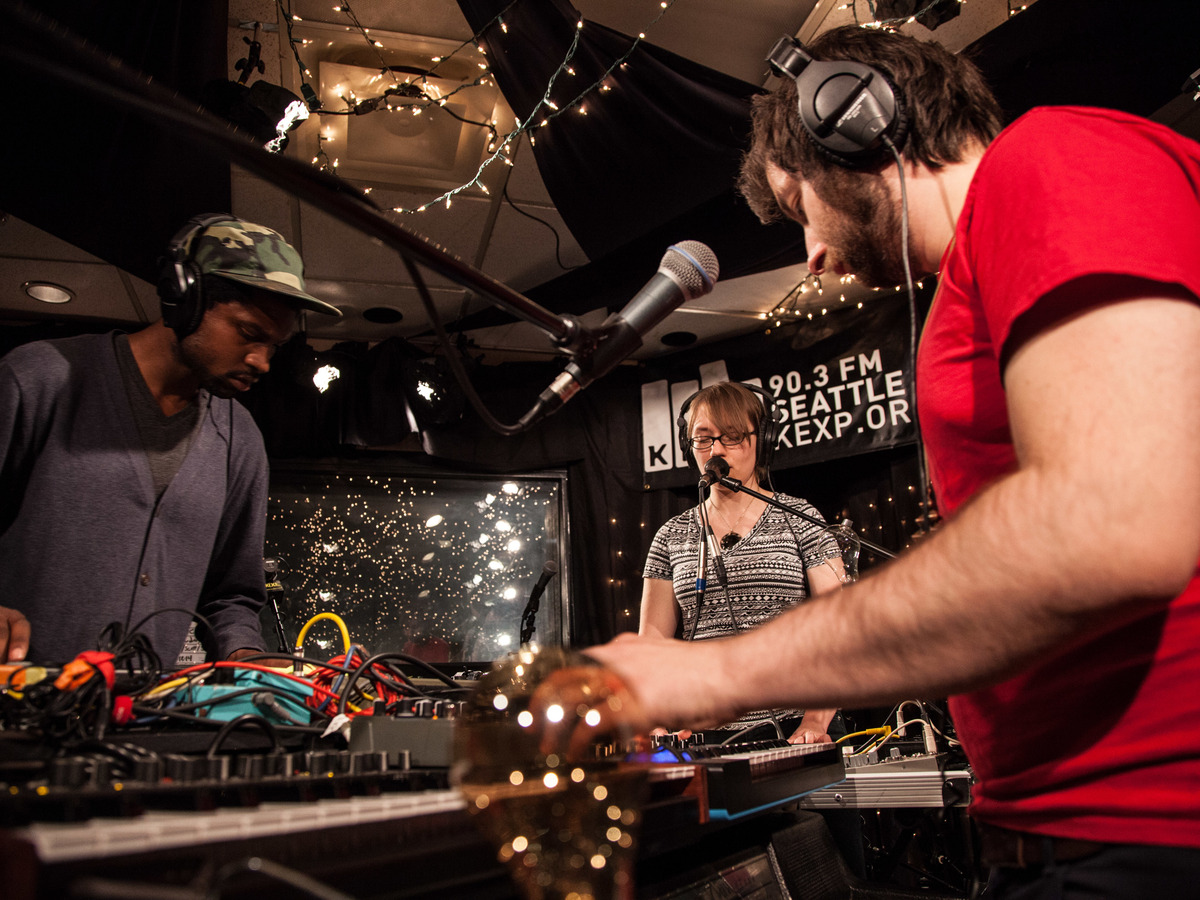 This makes sense for the tech-friendly music he puts out. And it works well for the artists who make music from their bedrooms for their own sense of satisfaction and adventure; the result is lush, atmospheric work that sounds like it was made in outer space rather than in a closet. The beloved label has released works from celebrated artists such as NAVVI, Cock & Swan, Kid Smpl, DJAO, Hanssen and many more. —Jasmine Albertson

Based out of Seattle's southern neighbor Tacoma, Swoon Records boasts some of the coolest and most innovative bands coming out of Seattle, Tacoma and Olympia, making the small independent label a well-rounded snapshot of the underground PNW scene. Founded in 2010 by mixing and mastering engineer Jeff Southard, the label is unusually gracious to its artists, offering anyone on his roster the opportunity for unlimited access to the Swoon Records studio for free, as well as an equitable 50/50 split between the label and artists. 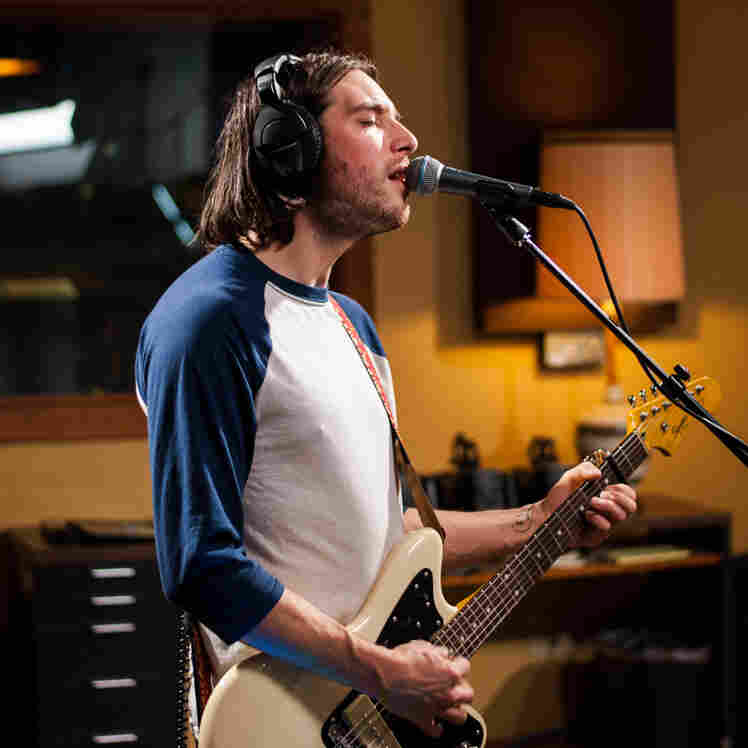 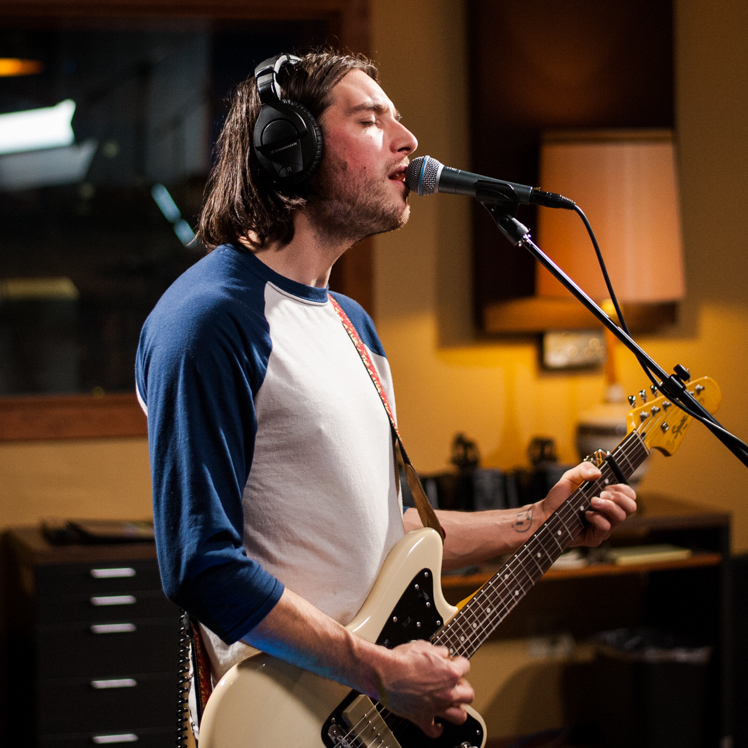 The Swoon sound is difficult to pin down because of the range of artists on its roster, which includes indie quartet Sloucher, soulful dance-pop duo Mirrorgloss, fuzzy slack-rock collective Unlikely Friends, psychedelic glam-rock band Fruit Juice, the glitchy art weirdos in The Fabulous Downey Brothers and long-running psychedelic riff-roarers The Purrs. —Jasmine Albertson

Formed in 2014, TUF is a collective that strives to elevate marginalized folks, including people of color, women and those with queer, trans and/or gender non-conforming identities. While the organization has its roots in the electronic music scene, it strives to create spaces for connection and collaboration within art, film and other forms of creative media. This is achieved in part with collaborative fundraisers featuring local artists, as well as the community-based festival TUFFEST; held in Seattle's Judkins Park, it features music, visual art and educational workshops.

In a 2017 interview with the Seattle Times, co-organizer Tiffany Wan said, "There are still people who are resistant to our ideology, who think that what we do maybe isn't necessary or is inflammatory. And that's a shame. But I think all we can do is keep doing what we're doing and continue to have conversations with people."

"TUF exists to show the world what art and music look like today — in small pockets of the world, change is happening," adds TUF member and KEXP DJ Sharlese Metcalf. —Janice Headley

For more Slingshot Scenes, check out Beyond Grunge: 15 Artists Redefining Seattle Music and The Best Hotspots in Austin.