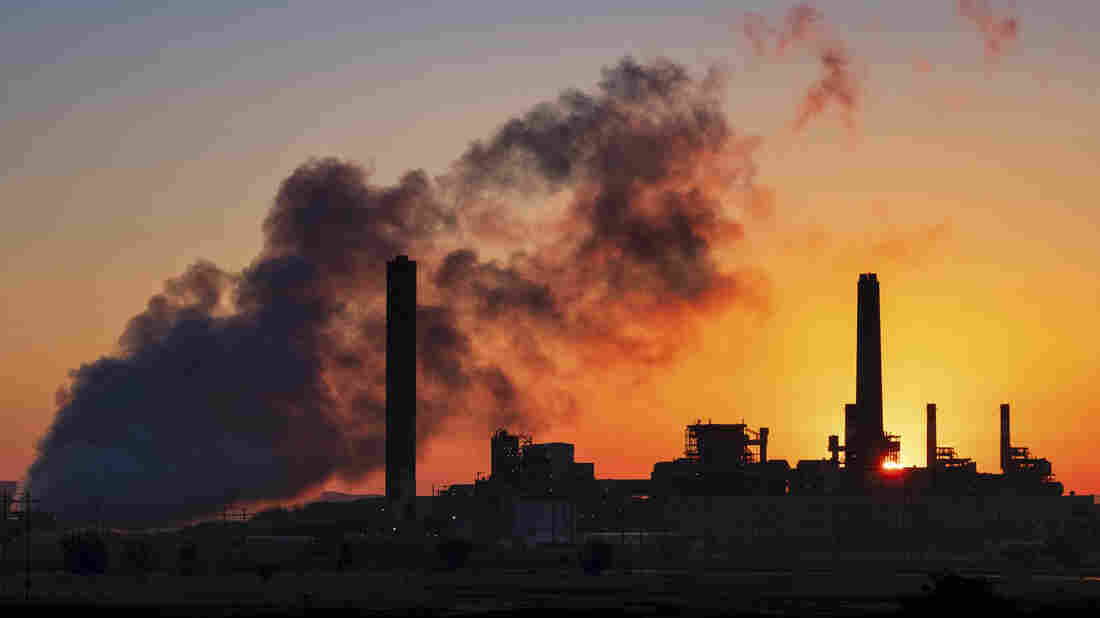 The Environmental Protection Agency's final version of its Affordable Clean Energy rule is supported by the coal industry, but it's not clear that it will be enough to stop more coal-fired power plants from closing. J. David Ake/AP hide caption 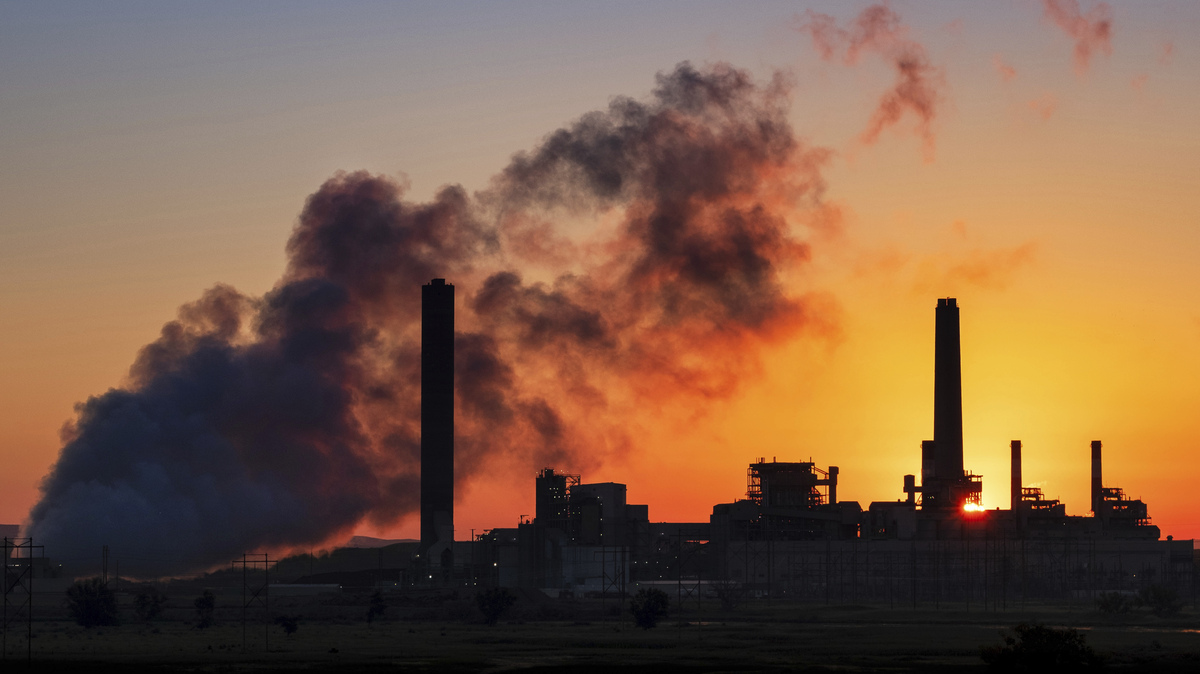 The Environmental Protection Agency's final version of its Affordable Clean Energy rule is supported by the coal industry, but it's not clear that it will be enough to stop more coal-fired power plants from closing.

The Environmental Protection Agency released the final version of its Affordable Clean Energy rule on Wednesday. It's supported by the coal industry, but it is not clear that it will be enough to stop more coal-fired power plants from closing.

EPA Administrator Andrew Wheeler made the announcement at the agency's headquarters before a crowd that included coal miners wearing work clothes and hard hats.

Wheeler echoed arguments coal industry supporters have made, saying the Obama administration overstepped its authority under federal law when it issued the more sweeping Clean Power Plan in 2015.

Unlike that plan, the new rule "adheres to the four corners of the Clean Air Act," Wheeler said. "EPA sets the best system of emission reductions, and then states set the standards of performance. This is how the Clean Air Act says the process should work."

Gina McCarthy, who was EPA administrator during the Obama administration, maintains the rule she helped craft was legal. She criticized the Trump administration's new rule.

"I believe this is the first rule in EPA's history that acknowledges the existential threat of climate change, but by the agency's own admission does absolutely nothing to stop it," McCarthy said in a statement.

Obama's Clean Power Plan was far broader in scope, setting state-by-state goals for reducing emissions of planet warming carbon dioxide emissions. The rule let states figure out how to meet those goals but made it likely they would close coal plants because those are the biggest emitters of CO2.

The Trump administration's ACE rule is narrower and regulates emissions of individual power plants. It will require power plant operators to make the plants more efficient and release fewer emissions per megawatt of electricity generated.

The administration's aim is to give coal power plants a chance to stay in business longer despite market pressure from cheaper natural gas, wind and solar.

Among those who have argued for a "within the fence line" approach to regulating carbon dioxide from power plants is the National Rural Electric Cooperative Association, which represents more than 900 local electric cooperatives across the country. It had argued that the Obama administration's Clean Power Plan would have disproportionately hurt small, rural utilities that are more likely to depend on existing coal-fired power plants.

"This final rule represents a more flexible path forward that will minimize the cost to consumers and preserve the reliability of the electric grid," said NRECA CEO Jim Matheson.

Matheson's group says its member utilities serve some of the poorest counties in the country and that the cost of replacing coal plants with cleaner alternatives would raise rates for customers who can't afford to pay more. NRECA says not only would they have to pay for new forms of generation but they'd still have to pay off the cost of coal plants that would have been retired early.

The ACE rule could help some coal plants operate a little longer, but most experts agree it's not a long-term solution to the coal industry's problems. The main reason coal plants are closing now is that they are more expensive to operate than natural gas and renewable energy facilities.

Obama announced his administration's Clean Power Plan in August 2015, just a few months before the international summit on climate change in Paris.

Obama wanted the plan in place before the meeting, as NPR reported then, because his administration was pushing other countries — notably China, India and Brazil — to also pledge aggressive cuts.

His plan aimed to cut carbon dioxide emissions from the country's power plants 32 percent below 2005 levels by 2030. But it never went into effect because of court challenges.

Despite that, the country is well on its way to meeting that goal a decade ahead of schedule. Even with a 2.8% increase in energy-related CO2 emissions last year, those emissions have declined 28% since 2005, according to the U.S. Energy Information Administration.

The coal industry and its supporters opposed the rule from the start because it would have meant fewer coal-fired power plants operating in the United States. Coal companies and some utilities joined with more than two dozen states that filed a legal challenge to stop it. In court, they argued the Obama administration had overstepped its authority under the Clean Air Act.

They successfully stalled implementation of the Clean Power Plan, but it didn't help the coal industry.

Carbon pollution from power plants has declined mostly because of slower-than-expected growth in electricity demand and big changes in the fuels used to generate power.

The owners of coal-fired power plants are shutting them down because electricity generated from less carbon intensive natural gas and carbon-free renewable energy is cheaper.

Doniger says the country should have responded to this unexpected, market-fueled development by restricting carbon emissions even more to address climate change. Instead, Trump vows to help the struggling coal industry. But that campaign isn't faring well.

The Sierra Club tracks coal plant closing announcements and says 52 coal-fired power plants have either shut down or announced they will shut down since Trump was elected. Even Trump's effort to save individual coal power plants has failed to reverse the trend.

The latest rule change is not likely to mean a brighter future for coal. The Energy Information Administration's most recent Short-Term Energy Outlook projects that coal's share of electricity generation will continue to decline and reach just 23 percent in 2020. At the same time, the agency says the share of the nation's electricity that comes from natural gas and renewable energy is expected to keep increasing.

Adding to the pressure on coal, more cities, states, businesses and even some utilities are committing to carbon-free electricity by midcentury.

The legal dispute over how best to regulate CO2 from the power sector is not over. Environmental groups vow to challenge the Trump administration's ACE rule in court. Shortly after the EPA's announcement, New York Attorney General Letitia James and California Gov. Gavin Newsom also said they intend to bring a legal challenge.

A key question will be how far the EPA can go in setting national policy on carbon emissions. If the new, more narrow rule is upheld, analysts on both sides say it could make it more difficult for future administrations to take an aggressive approach.

In a previous version of this story, we said that energy-related carbon dioxide emissions increased 2.7% last year. That increase was 2.8%.