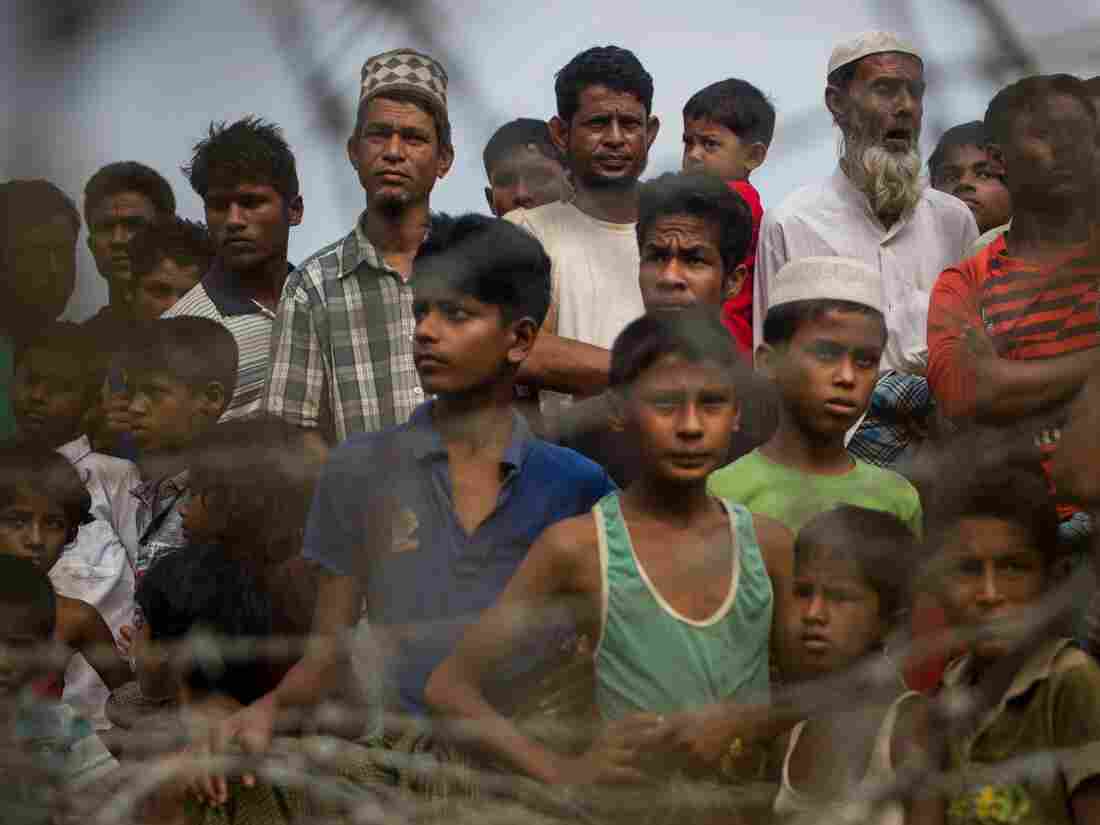 Rohingya refugees gather in the "no man's land" behind Myanmar's barbed-wire-lined border in Maungdaw district, Rakhine state, in 2018. Some 700,000 refugees fled into Bangladesh following a brutal crackdown by the Myanmar military in 2017. Ye Aung Thu/AFP/Getty Images hide caption 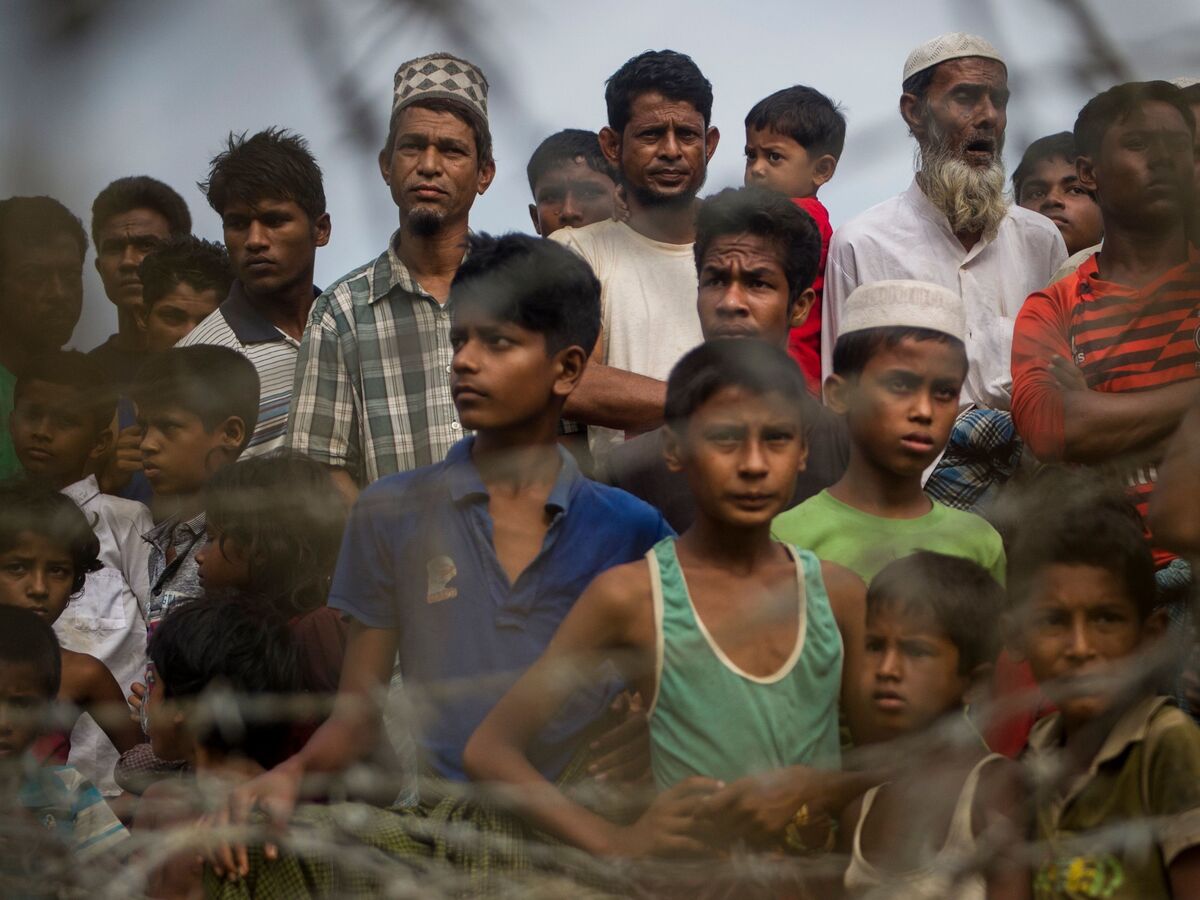 Rohingya refugees gather in the "no man's land" behind Myanmar's barbed-wire-lined border in Maungdaw district, Rakhine state, in 2018. Some 700,000 refugees fled into Bangladesh following a brutal crackdown by the Myanmar military in 2017.

A record 70.8 million people had been forcibly displaced by war, persecution and other violence worldwide at the end of 2018, according to the latest annual Global Trends report by the office of the U.N. High Commissioner for Refugees.

The figure represents an increase of more than 2 million in the number of refugees, asylum-seekers and internally displaced people from the year before, and a near 65% increase from a decade ago. It is also the highest number in UNHCR history.

"The global trends, once again unfortunately, go in what I would say is the wrong direction," U.N. High Commissioner for Refugees Filippo Grandi told reporters in Geneva at the launch of the report, which comes just a day before World Refugee Day.

"There are new conflicts, new situations, producing refugees, adding themselves to the old ones," Grandi said. "The old ones never get solved."

Syria, which has been battered by civil war for more than eight years, is where the most refugees originated from in 2018, with 6.7 million, up from 6.3 million the year before. Rounding out the Top 5 were Afghanistan (2.7 million), South Sudan (2.4 million), Myanmar (1.1 million) and Somalia (roughly 500,000) — all countries dealing with years-long conflicts.

The largest number of new asylum-seekers — 341,800 — come from people fleeing violence and insecurity in Venezuela. With more than 3 million Venezuelans having fled their homes by the end of 2018, the report said it was the "biggest exodus in the region's recent history."

Grandi predicts people will continue to flee Venezuela and pleaded for more assistance to the region.

"Otherwise these countries will not bear the pressure anymore and then they have to resort to measures that will damage refugees," he said. "We are in a very dangerous situation."

The number of internally displaced people also hit a record in 2018, growing to 41.3 million. That's up from 40.0 million reported in 2017, with Colombia and Syria topping the list.

The report also found that displaced people are staying displaced for longer.

Almost 16 million refugees were found to be in "protracted situations" at the end of last year, which UNHCR defines as when "25,000 or more refugees from the same nationality have been in exile for five consecutive years or more in a given host country." Further, almost 6 million people were counted as having been displaced for 20 years or more — a statistic dominated by 2.4 million Afghan refugees living in neighboring Iran.

And in 2018, nine additional "protracted situations" were identified and none were resolved.

The United States remained the largest recipient of new asylum-seeker applications, accepting more than 254,000 in 2018, according to the report.

In an interview with The Associated Press, Grandi praised local communities and advocacy groups in the U.S. for their assistance to refugees and asylum-seekers. But he also denounced recent anti-migrant and anti-refugee rhetoric coming from the U.S., calling out the Trump administration directly.

"And I want to say to the U.S. administration — to the president — but also to the leaders around the world: This is damaging," he said.