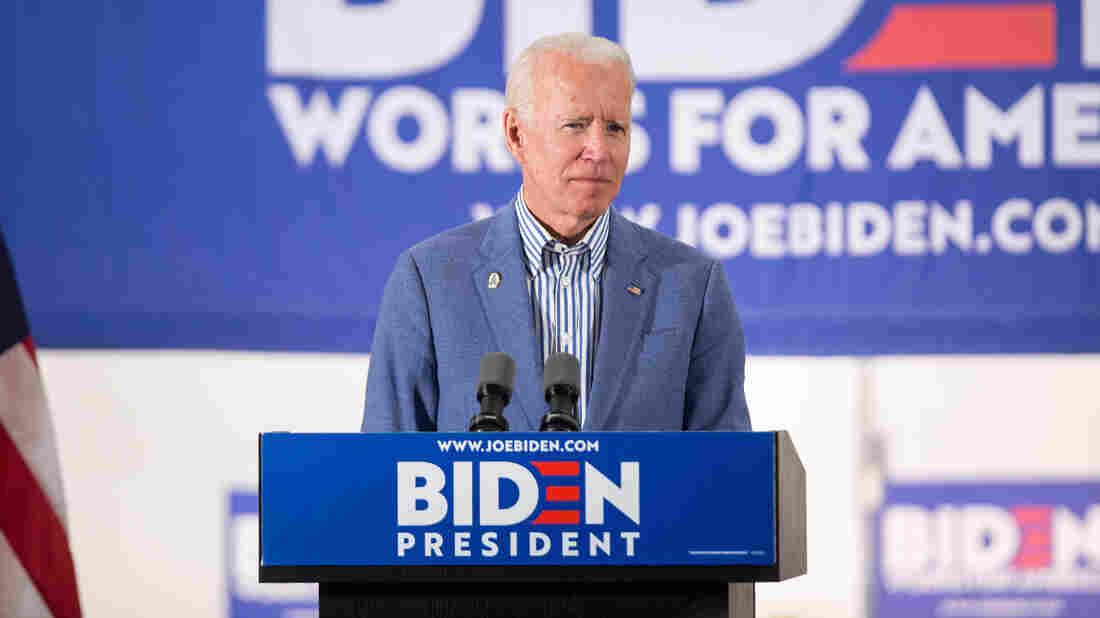 Former Vice President Joe Biden speaks at a campaign event in New Hampshire. Biden came under fire from fellow Democrats after his remarks on working with segregationists during his time in the U.S. Senate. Scott Eisen/Getty Images hide caption 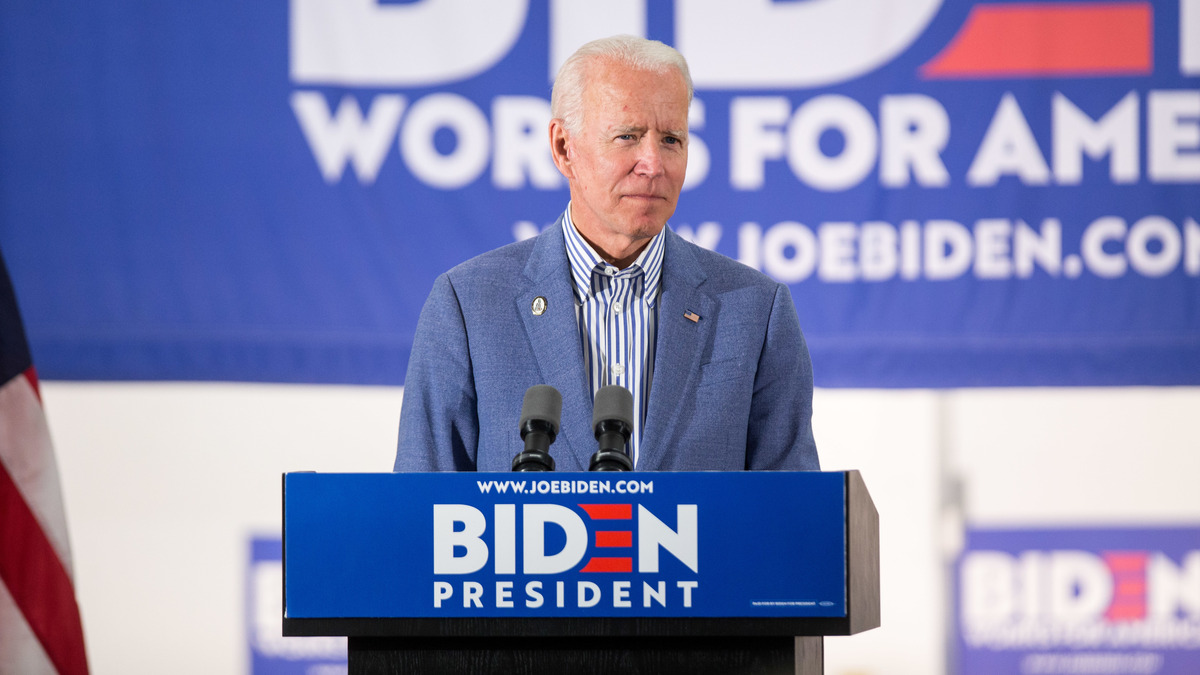 Former Vice President Joe Biden speaks at a campaign event in New Hampshire. Biden came under fire from fellow Democrats after his remarks on working with segregationists during his time in the U.S. Senate.

At a New York City fundraiser Tuesday night, Biden told donors he has reached across the aisle throughout his career. "I was in a caucus with James O. Eastland," Biden said, according to a pool report. "He never called me 'boy'; he always called me 'son.' "

"Well, guess what? At least there was some civility," Biden said, also pointing to a working relationship he forged with Georgia Sen. Herman Talmadge, another segregationist Democrat. "We got things done. We didn't agree on much of anything. We got things done. We got it finished. But today, you look at the other side and you're the enemy. Not the opposition, the enemy. We don't talk to each other anymore."

Eastland represented Mississippi in the Senate for decades. He decried integration in public schools, the military and elsewhere and was a staunch opponent of civil rights legislation.

At the height of the Rev. Martin Luther King Jr.'s landmark Montgomery bus boycott, Eastland told a segregationist rally that "In every stage of the bus boycott we have been oppressed and degraded because of black, slimy, juicy, unbearably stinking n*****s." According to Robert Caro's Master Of The Senate, Eastland went on to urge the crowd to "abolish the Negro race" with "guns, bows and arrows, slingshots, and knives."

"You don't joke about calling black men 'boys,' " New Jersey Sen. Cory Booker, one of three black Democratic candidates for president, said in a statement Wednesday. "Vice President Biden's relationships with proud segregationists are not the model for how we make America a safer and more inclusive place for black people, and for everyone. I have to tell Vice President Biden, as someone I respect, that he is wrong for using his relationships with Eastland and Talmadge as examples of how to bring our country together."

Booker also said that he was disappointed Biden had not offered an immediate apology.

Biden senior adviser Symone Sanders responded to the criticism in a series of tweets, saying in part that Biden "did not praise a segregationist. That is a disingenuous take. He basically said sometimes in Congress, one has to work with terrible or down right racist folks to get some things done."

.@JoeBiden did not praise a segregationist. That is a disingenuous take. He basically said sometimes in Congress, one has to work with terrible or down right racist folks to get things done. And then went on to say when you can't work with them, work around them.

Booker wasn't the only other 2020 candidate to weigh in.

California Sen. Kamala Harris told reporters at the Capitol, "I have a great deal of respect for Vice President Biden. He's done very good work, and he has served our country in a very noble way. But to coddle the reputations of segregationists, of people who if they had their way I would literally not be standing here as a member of the United States Senate, is, I think, it's just misinformed and it's wrong." Harris declined to say whether Biden should apologize for the comments.

New York City Mayor Bill de Blasio tweeted that "it's past time for apologies or evolution from Joe Biden. He repeatedly demonstrates that he is out of step with the values of the modern Democratic Party."

It’s 2019 & @JoeBiden is longing for the good old days of “civility” typified by James Eastland. Eastland thought my multiracial family should be illegal & that whites were entitled to “the pursuit of dead n*ggers." (1/2) pic.twitter.com/yoOOkpaTX2

Some of the sharpest criticism came from Connie Schultz, the Pulitzer Prize-winning columnist married to Sen. Sherrod Brown, D-Ohio. "That segregationist never called you 'boy' because you are white," she tweeted. "If you want to boast about your relationship with a racist, you are not who we need to succeed the racist in the White House."

Throughout his career, Biden has said the civil rights movement was his motivation for entering politics. He has framed his 2020 presidential campaign as a rescue mission of sorts for the United States' national character, pointing to President Trump's response to the deadly 2017 Charlottesville white supremacist rallies as the moment he decided to enter the race.

Polls repeatedly show Biden with far more support from voters of color than any other Democratic candidate, and many African American voters say their main reason for backing him are his eight years as Barack Obama's vice president.

As Biden has maintained his double-digit lead on the rest of the 23-candidate field, fellow Democrats have begun to take increasingly vocal shots at Biden's moderate approach to governing. Sens. Elizabeth Warren and Bernie Sanders have both begun to routinely criticize incremental and "middle ground" Democratic policies, though both have made a point to, for the most part, avoid calling out Biden specifically.

Biden's reminiscence for his "civil" and productive relationship with Talmadge and Eastland moved the criticism from implicit to explicit — and did so a week before Biden will appear on a televised debate stage with nine other Democratic candidates.