Accessibility links
Review: 'Wild Rose' Is A Pugnacious And Charming As Its Star Rose-Lynn (Jessie Buckley) is a scrappy Glaswegian single mom, fresh out of prison, who chases Nashville dreams in this beguiling, emotionally resonant film. 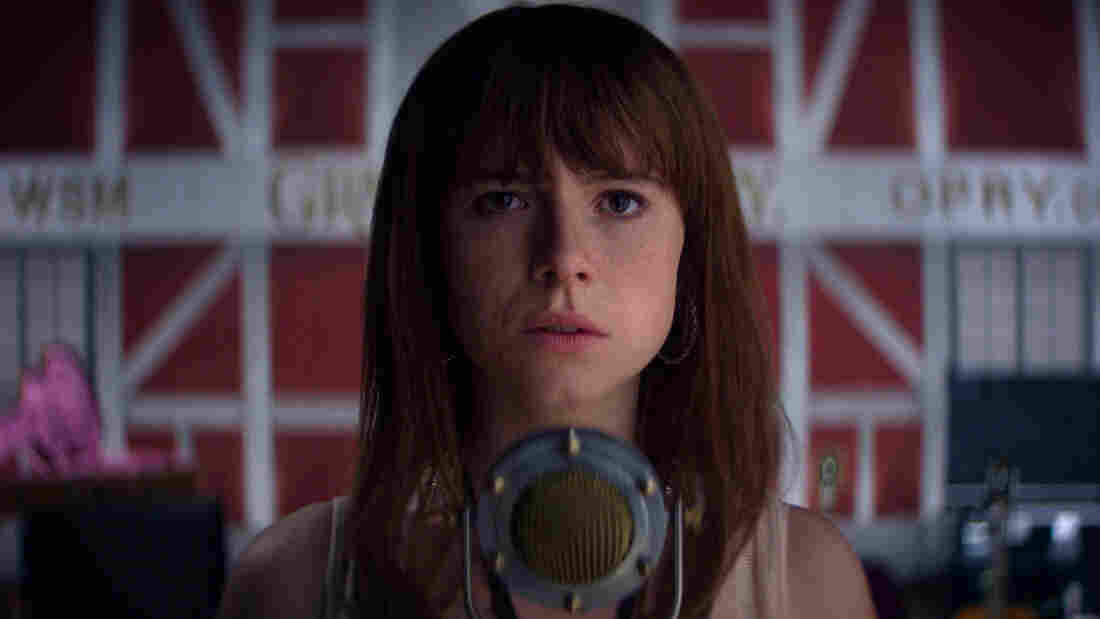 Fresh out of prison, a Scottish single mother heads to Nashville to pursue her dream of country music stardom in Wild Rose. NEON hide caption 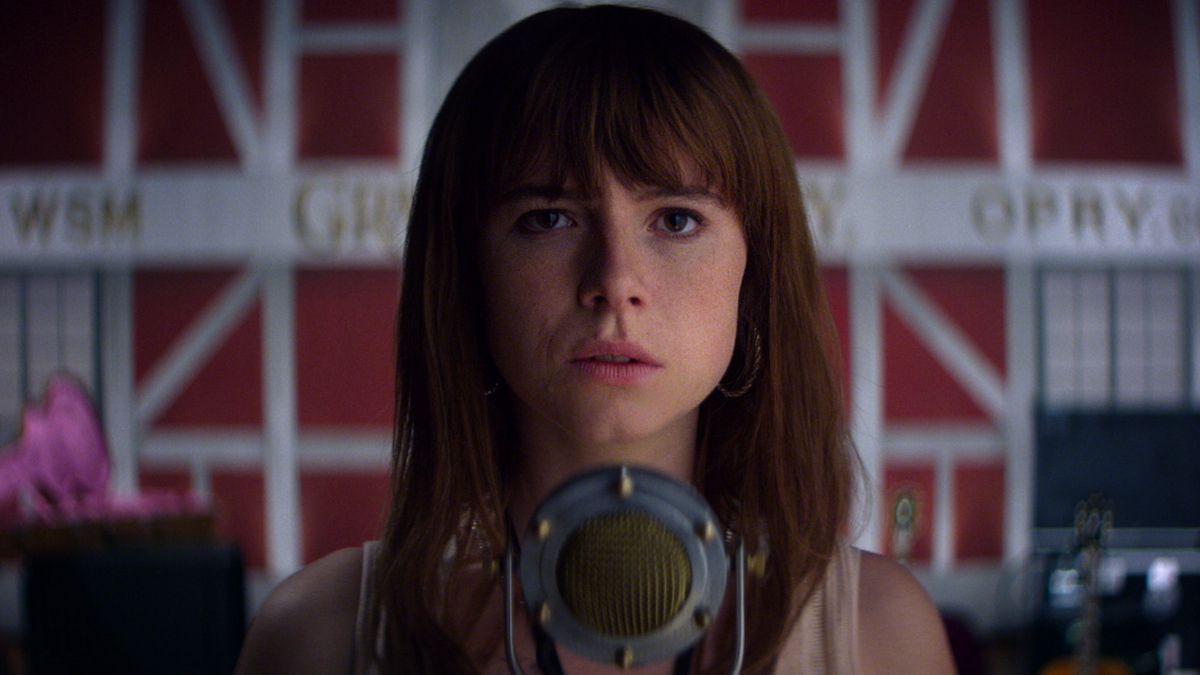 Fresh out of prison, a Scottish single mother heads to Nashville to pursue her dream of country music stardom in Wild Rose.

The rising Irish actress Jessie Buckley, who plays an aspiring Scottish country singer in the beguiling new film Wild Rose, is small and scrappy with hot brown eyes and a mane of chestnut hair tossed into a rough ponytail. Buckley has bags of pugnacious charisma and a soaring, throaty singing voice tempered with enough vulnerability to make us want to hold her close even as the screw-up she offers us drives everyone in her orbit up the wall.

Buckley plays Rose-Lynn, a chaotically disorganized single mother of two who's determined to elbow her way up from the Glasgow projects to sing her way to country stardom in Nashville. Getting in the way, in no particular order, are her resentful mother (Julie Walters), who's been taking care of the kids; the ankle bracelet Rose-Lynn must wear as she emerges from a year in prison for getting caught with a bag of heroin she insists she never used herself; and no money for the flight or anything else.

All of which augurs a galloping case of British movie miserabilism. Except that director Tom Harper, with a cheekily energized script from Nicole Taylor, is working a whole other kind of groove than anything on offer from Ken Loach or Mike Leigh. There's sadness to burn in Rose-Lynn's young life, but her spirit is as brassily exuberant, sardonically funny and musically switched-on as that of Glasgow itself, a brawling, culturally vibrant metropolis whose grungy beauty is eloquently captured by cinematographer George Steel. Nashville comes across pretty scenic too.

As it is said across the pond, what's on Rose-Lynn's lung is on her tongue. Failing ever upward, she mouths off to everyone who crosses her, gets herself fired from her old job and lands another as cleaner to a rich patroness (a warm and winning Sophie Okonedo). When opportunity knocks, she dumps her kids on Mum as needed. Harper isn't all that invested in plot, and he plays delightfully loose with the film's basic realism: Rose-Lynn vacuums her way through her boss's opulent mansion with a full complement of imagined backup musicians. Further fairy god-persons magically turn up to propel Rose-Lynn forward through all manner of improbably fortuitous turns as she makes her way to London and glam parts beyond.

All of which might build to the triumphant end of the road in another, more American story of ascent to fame and fortune. In Wild Rose the winning is something more muted and durable, more typical of British ambivalence about success if it means deserting your class or your family. In American versions like the recent Teen Spirit with Elle Fanning, the upward mobility does the heavy narrative lifting. With Rose-Lynn it's the resetting of priorities that may yet set her free to define her future.

Buckley is enormously expressive, running up and down the scale between despair, rebellion, elation as she belts out original numbers co-written with Taylor, complemented by a full-hearted soundtrack of well-known country tunes. In a nicely turned scene toward the end of Wild Rose, Rose-Lynn stands alone in a Nashville studio she's crashed, and breaks into a soulful ballad. A group of session musicians — live ones this time — forms around her. She's arrived, you think. Not quite. There is collateral emotional wreckage to be cleared away, and who more bracing than Mum to oversee the cleanup?

If you're old enough to remember Julie Walters as a similarly unfiltered young hairdresser hungry for schooling in the delightful 1983 indie Educating Rita, you'll know that as a younger woman she'd have made a terrific Rose-Lynn. Now 69, this ineluctably British actress can still deliver a killer funny line and cut up as needed (Calendar Girls, Molly Weasley in the Harry Potter franchise, Brooklyn are a notable few). In her prime Walters has also distinguished herself in serious supporting roles as an array of maternal types, most recently in Film Stars Don't Die in Liverpool as the wise mother to Jamie Bell who cares for Annette Bening's dying Gloria Grahame.

Rose-Lynn's mother, Marion, is a more complicated woman who's had to fend for herself, give up much and cover endlessly for her clueless child. For much of Wild Rose, with her mouth set in a rigid line of disapproval, Marion seems to be holding Rose-Lynn back. In fact she's nudging her daughter forward — just not in a straight line.