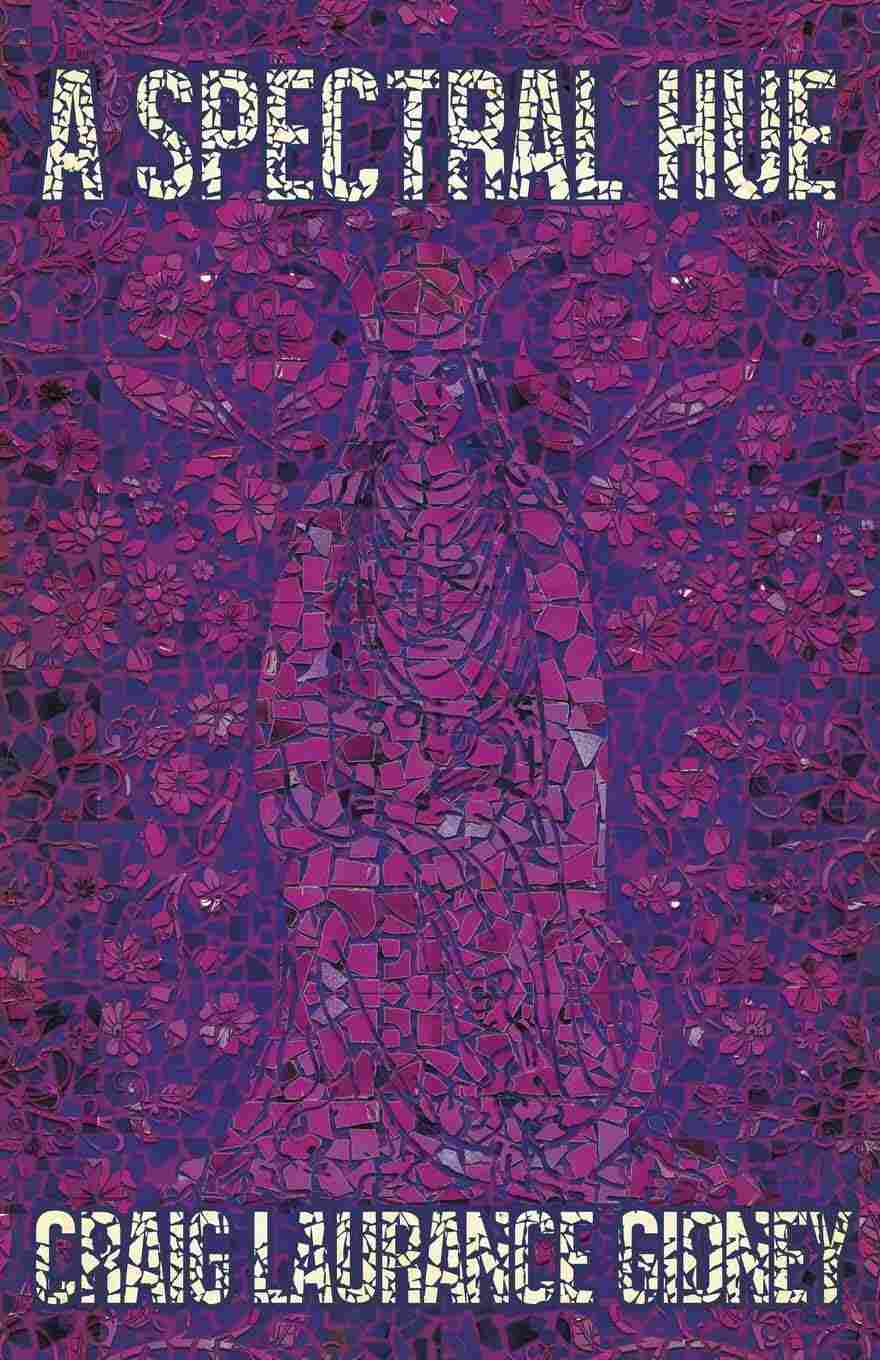 When Xavier Wentworth was 12, his parents took him to a party. Bored with the adults, he wandered into a room of the host's house where he saw, hanging on the wall like some rare tapestry, a quilt. It was crude, ugly, with clashing colors and roughhewn shapes, but something about it called to him. Images seemed to flicker across it. The pattern pulsed. And the longer he stared at it, the more it came to resemble a portal — a window on the wall that opened up into a place of salt water and tall grasses, of lush trees and a certain purple-pink color that infused the very air.

Xavier's epiphany sets in motion the events of Craig Laurance Gidney's debut adult novel, A Spectral Hue. That is, if there could really be a single starting point to the circular story, which spirals across centuries even as it pivots around a single point, the marshy, mysterious town of Shimmer, Md. Xavier, a grad student in art school, is in Shimmer to study at the Whitby-Grayson Museum, where two artists separated by generations once lived: the quilter Hazel Whitby and the painter Shadrach Grayson. Two of the least understood African American artists, they've fascinated Xavier ever since his chance, magical viewing of one Whitby's quilts when he was 12.

Gidney previous fiction and poetry have shown a daring openness when it comes to genre, and A Spectral Hue is cut from similar cloth. In one sense, it's a quiet, confidently told tale of identity — gay, black, artistic, and ancestral — that resonates on a wholly realistic level. In another, it's a hybrid of horror, folklore, dark fantasy, and magic realism that whispers and twists. Xavier is far from the only character given major page-time.

The book's plot opens gradually, like petals on a flower, but Gidney masterfully orchestrates this slow reveal. Jumping between characters and decades, an intricate pattern begins to reveal itself.

Gidney also devotes chapters to Iris Broome, an AirBnB operator who has long seen person-shaped silhouettes of pinkish-purple undulating in the air around Shimmer; Linc, a drifter working at the museum whose past in a militant LGBTQ community still exerts a pull on him; and most intriguingly, Fuchsia, a being whose life spans the existence of Shimmer, acting as both a muse and a medium for the many artists who have and who continue to spring from the town. Add to the mix a religious sect known as Black Gnosis and legends of a "goddess in pink," and Gidney's tale deepens deliriously in scope.

The book's plot opens gradually, like petals on a flower, but Gidney masterfully orchestrates this slow reveal. Jumping between characters and decades, an intricate pattern begins to reveal itself. Characters echo throughout time; arguments about art criticism and observations of the Maryland wetlands weave together.

At the heart of it all is the titular spectral hue: "It was the same glorious color," Gidney writers, "you sometimes saw in the sky when the sun was setting, staining the clouds. A color not quite pink, not quite purple." The color symbolizes so many things, including the varying shades of black skin and the spectrum of queerness, but Gidney isn't relying strictly on such poetic associations. He tells a sumptuous tale, an incremental immersion in American myth that recalls Neil Gaiman and Octavia E. Butler. His power of description is as clean and controlled as it is overflowing; sounds, smells, textures, and visions abound, from "algae-laced pools of muddy water" to the hallucinatory sight of a mosaic made from scavenged glass bottles "affixed with shells" and with "the delicate mouthlike flowerets of a marsh-bell encrusted on its side with wax drippings."

A wondrous pondering of art, memory, race, and history, Gidney's novel is a trompe l'oeil tapestry in its own right.

As Xavier — a young artist just learning to appreciate art fully on his own — investigates the uncanny connections between the creatives throughout Shimmer's history, he loops back to the quilts created by Hazel Whitby. To him, they're trompe l'oeil tapestries that teem with imagery and have been grossly undervalued by the art world at large, unfairly dismissed as mere pieces of craft made by an uneducated black woman. To him, though, they're a universe.

Shimmer is part of that universe, a place that feels almost sentient, although it isn't the town that's rendered as a character in the novel. It's the pinkish-purple color itself, a hue with a life — and an ominous agenda — of its own. A wondrous pondering of art, memory, race, and history, Gidney's novel is a trompe l'oeil tapestry in its own right.