Accessibility links
Investigators Name 3 Russians And 1 Ukrainian In Flight MH17 Downing The Dutch-led investigation accused three Russians and one Ukrainian of being involved in the 2014 incident, which claimed 298 lives. Court hearings are set to begin next March. 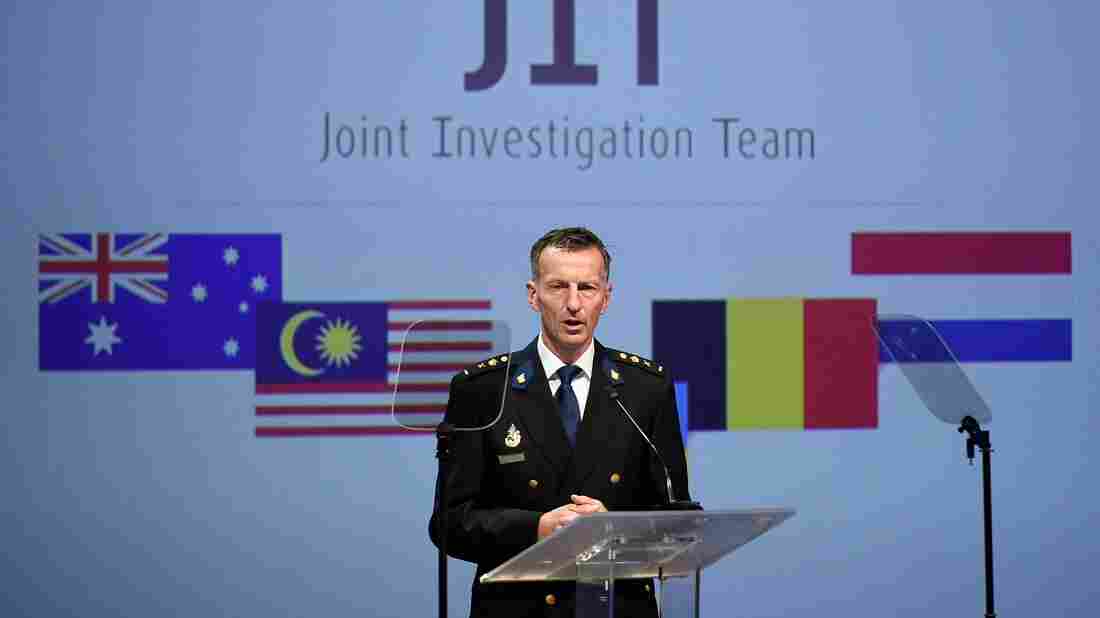 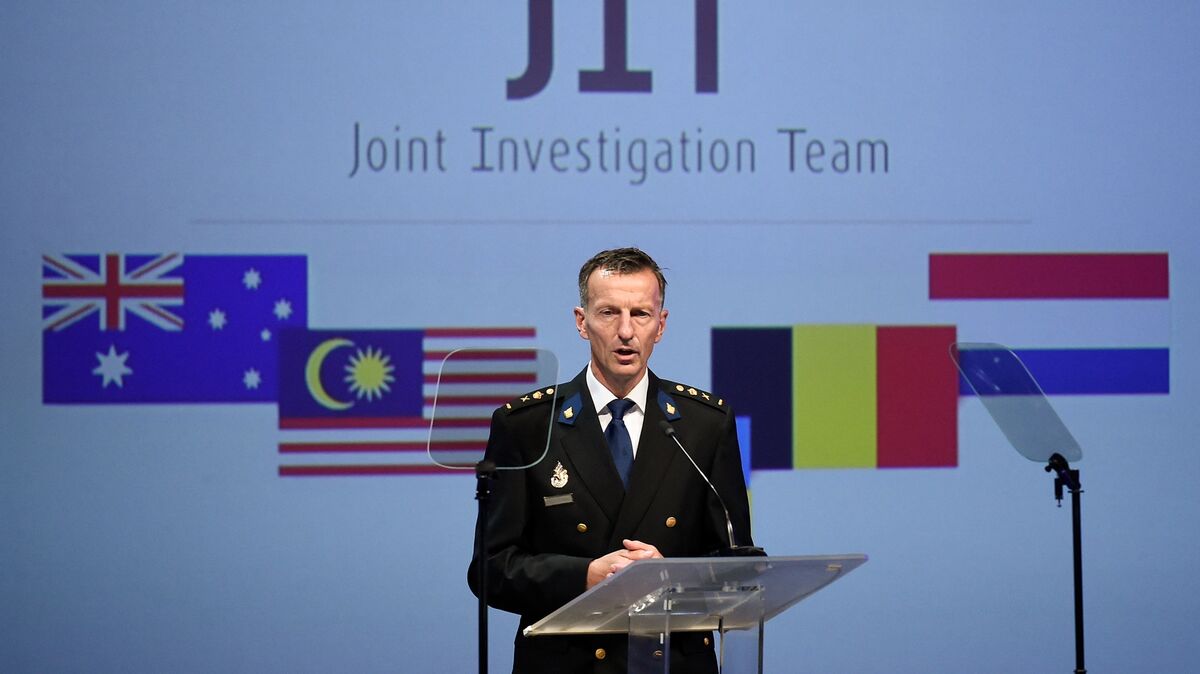 Dutch National Police chief Wilbert Paulissen speaks Wednesday at a news conference in the Netherlands. International investigators accused four people of being involved in the downing of Malaysia Airlines Flight 17 in eastern Ukraine.

International investigators have accused three Russians and one Ukrainian of taking part in the attack on Malaysia Airlines Flight 17, a passenger plane that was shot down nearly five years ago, killing all 298 people on board. They will face murder charges for their alleged involvement in the tragedy.

The plane left Amsterdam for Kuala Lumpur on July 17, 2014. It crashed over eastern Ukraine, a smoldering wreckage of civilian parts in the midst of a battle between Ukrainian security forces and Russia-back separatists.

At a press conference on Wednesday in the Netherlands, Assistant Commissioner of the Australian Federal Police Peter Crozier called the international probe "one of the most complex criminal investigations ever to be conducted."

Malaysia Flight Wreckage Was 'Like The End Of The World'

The Joint Investigation Team showed photos of the suspects and played a wiretapped phone call as evidence. They said that each Russian suspect had ties to their country's intelligence services:

The sole Ukrainian suspect was identified as Leonid Kharchenko, the commander of a combat unit in Donetsk.

Investigators also announced their intent to prosecute the suspects. The Netherlands Public Prosecution Service issued international arrest warrants on Wednesday. Court hearings were scheduled for March 9, 2020 in The Hague.

Authorities will not seek to extradite the four men because Russian and Ukrainian constitutions bar extradition of their citizens, prosecutors said. Instead, they plan to ask Moscow to arrest and interrogate the three Russian suspects. They could be tried in absentia, as the Dutch appear wary that Russia will cooperate.

Ukrainian authorities vowed to detain the Ukrainian suspect who is believed to still be in their purview, according to Reuters.

The Joint Investigation Team was established in 2014, with the Netherlands National Prosecutor's Office leading the international effort to piece together what happened that day.

They concluded in 2016 that the plane was brought down by a Russian Buk missile which had been transported from Russia to an agricultural field in Ukraine's rebel-held territory. That finding followed a Dutch Safety Board investigation that also pointed to a Russian Buk missile.

The announcement on Wednesday was offset by an article from investigative group Bellingcat. It listed additional people suspected of involvement in the incident. A Bellingcat team previously linked an anti-aircraft missile launcher to Russia's 53rd air defense brigade — years before the Dutch-led investigation came to the same conclusion.

Moscow has long denied any role in the fate of the flight. Officials have been critical of the international investigation, claiming that they were excluded at the outset.

Russia Is Legally Responsible For Downing Of MH17, Netherlands And Australia Say

Speaking to reporters this week, Kremlin spokesperson Dmitry Peskov said, "Russia was unable to take part in the investigation despite expressing an interest right from the start and trying to join it."

A host of unfounded explanations about the plane emerged in Russian media, including conspiracy theories that the plane was already carrying dead passengers and that the incident was a failed attempt to assassinate Russian President Vladimir Putin.

Most of the victims in the crash were Dutch. Others came from countries including Belgium, Malaysia and Australia. Law enforcement from those countries, and Ukraine, have been involved in the investigation.

NATO Secretary General Jens Stoltenberg called it "an important milestone in the efforts to uncover the full truth," and ensure justice for all 298 victims.