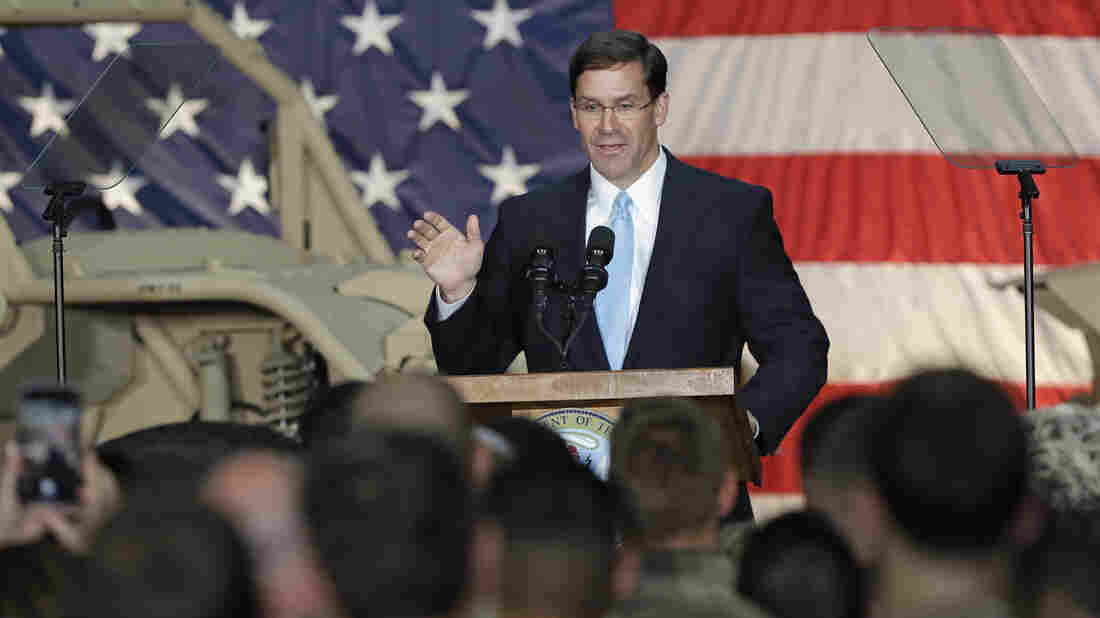 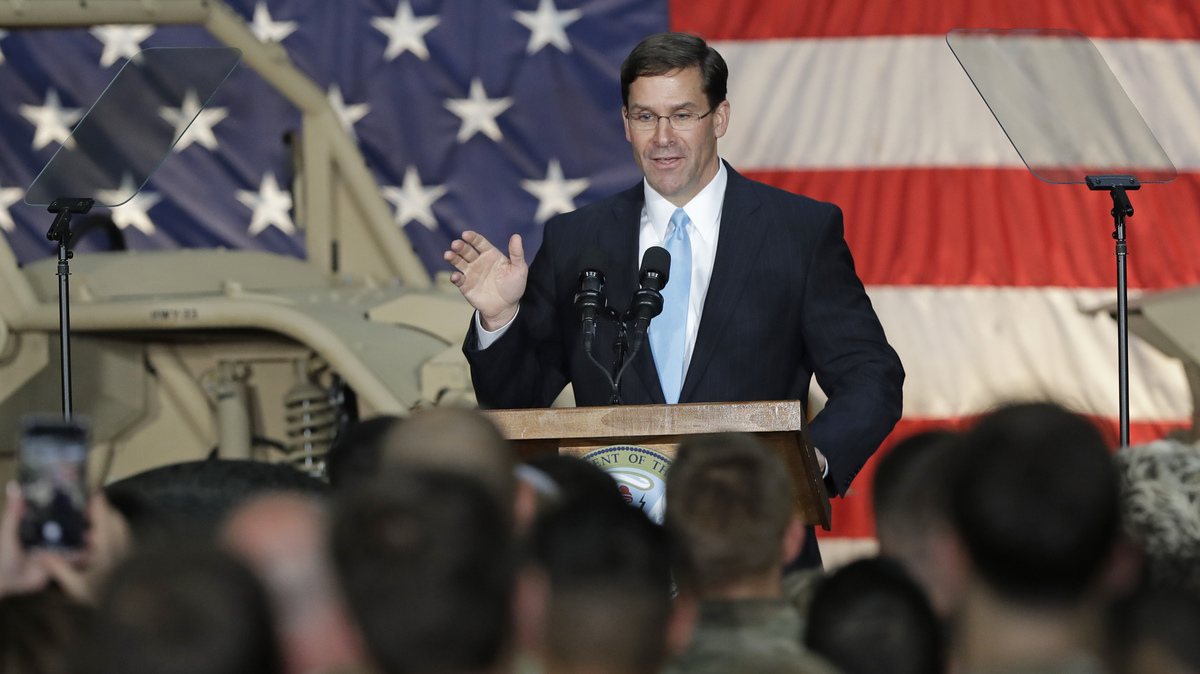 Secretary of the Army Mark Esper — seen in Ft. Bragg, N.C., in April — will now serve as acting secretary of defense, President Trump announced on Tuesday.

When President Trump announced he was naming Army Secretary Mark Esper to be the acting secretary of defense on Tuesday, he was following a familiar pattern. The president has made a habit of filling key vacancies with acting heads throughout his administration.

There is one other acting Cabinet member: acting Homeland Security Secretary Kevin McAleenan.

The head of Immigration and Customs Enforcement? Acting.

So is the president's budget director and his chief of staff.

No problem, says Trump. " 'Acting' gives you much greater flexibility," he told reporters Tuesday, adding that it makes it "a lot easier to do things."

Kathryn Dunn Tenpas, a senior fellow at the Brookings Institution, told NPR in April that turnover in the Trump Cabinet and White House staff is "off the charts" and undermines the president's efforts to fulfill his campaign promises.

It also circumvents the Senate confirmation process and avoids potentially damaging confirmation fights. For instance, Trump's pick to lead USCIS is Ken Cuccinelli, a controversial former Virginia attorney general who led the Senate Conservatives Fund, which challenged some in Senate GOP leadership who would now be highly unlikely to support his nomination.

But Senate GOP leaders have for the most part been silent about Trump's reliance on non-confirmed appointees, or appointees who are not confirmed for the jobs they're now holding, like Esper.

Majority leader Mitch McConnell, R-Ky., did allow that he thinks "we'd be better off by far to have a secretary of defense that was actually confirmed by the Senate."

With acting Defense Secretary Patrick Shanahan's departure and Esper's elevation, four of the top five civilian jobs at the Defense Department will be filled by acting appointees.

Trump hasn't said yet whether he intends to nominate either Esper or McAleenan to become the permanent heads of their departments — meaning two of the largest federal agencies will continue to be led by temporary appointees.

But Trump did say on Tuesday, "We look forward to working with [Esper] for a long period of time to come."