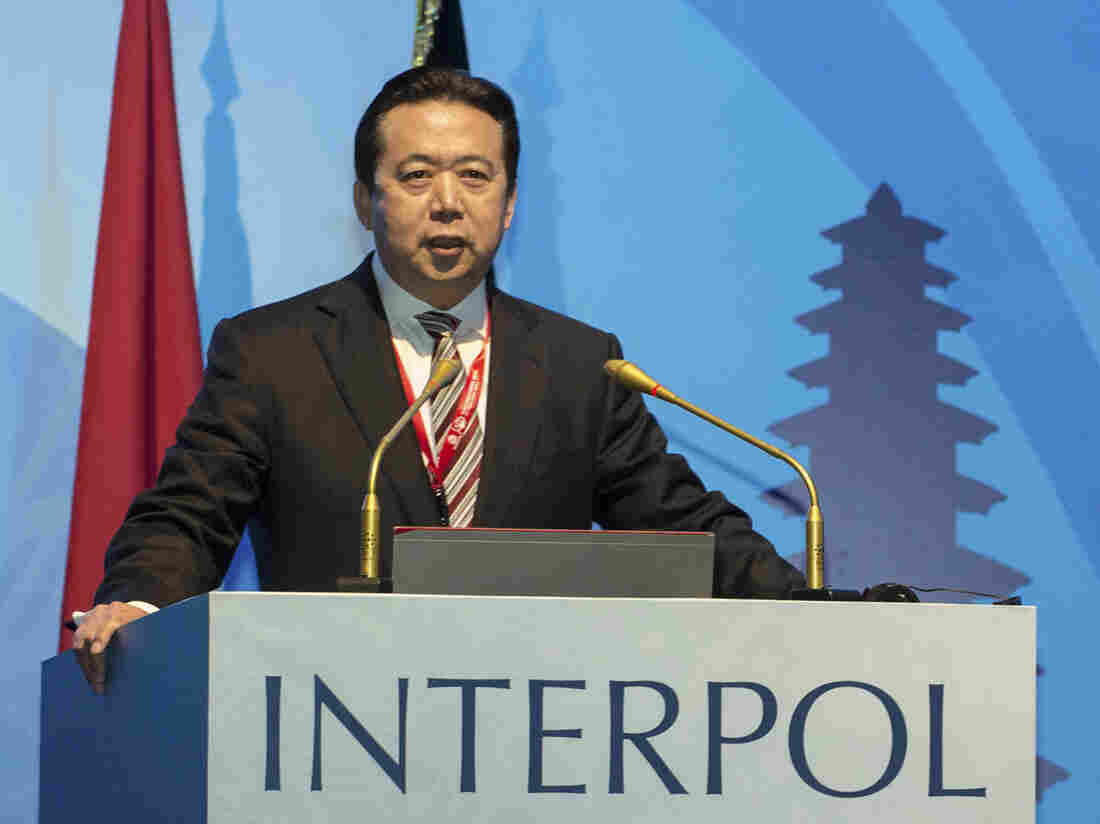 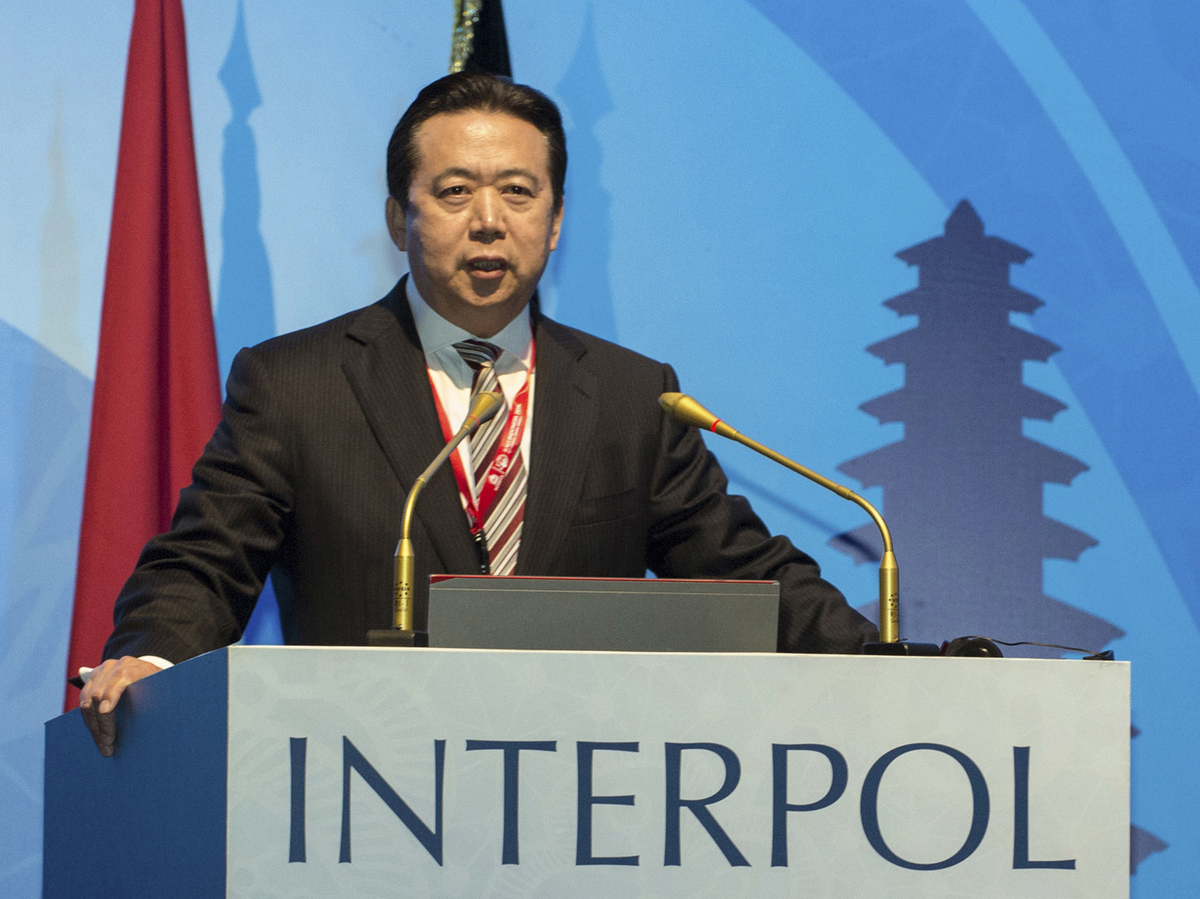 Former Interpol President Meng Hongwei, pictured at an Interpol conference in 2016, pleaded guilty to bribery charges on Thursday, according to Chinese state-run media.

The Central Commission for Discipline Inspection of China's Communist Party charged Hongwei with abusing his posts within the Communist Party between 2005 and 2017 to garner special benefits, promotions for his wife, and to collect bribes totaling more than 14 million yuan.

Meng, whose Interpol position was based in Lyon, France, was arrested during a visit to China last September, but his apprehension was initially kept secret. It wasn't until his wife — who was still in France — reported him missing after received an alarming text from her husband that Chinese officials revealed he had been detained. That message from Meng contained a knife emoji.

Before Meng was elected as Interpol's president in 2016 — the first Chinese person to hold the post — he served as head of the China Coast Guard and as vice-minister of public security, a position he kept until his arrest.

Chinese officials announced his resignation when they accused him of corruption, living an extravagant lifestyle and "serious violations of discipline."

As NPR's Bill Chappell reported, "He's now stripped of that role, which he had gained under Zhou Yongkang, the former security czar who is now serving life in prison on bribery charges, snared in President Xi's anti-corruption campaign."

During Meng's court appearance on Thursday, "the prosecution and the defense both fully expressed their opinions under the auspices of the court," People's Daily reported.

According to the Chinese news outlet, Hongwei read a statement admitting his involvement in the bribery scheme.

However, his wife, who has been granted asylum in France, has said the charges against him are politically motivated, according to Reuters.

The court will announce its verdict at a later date.