Accessibility links
U.S. Women With College Degrees Could Soon Be The Majority Of Workers This year women who graduated from college will likely make up a majority of adults with degrees in the U.S. labor force. The increase could signal greater earning potential for women in the future. 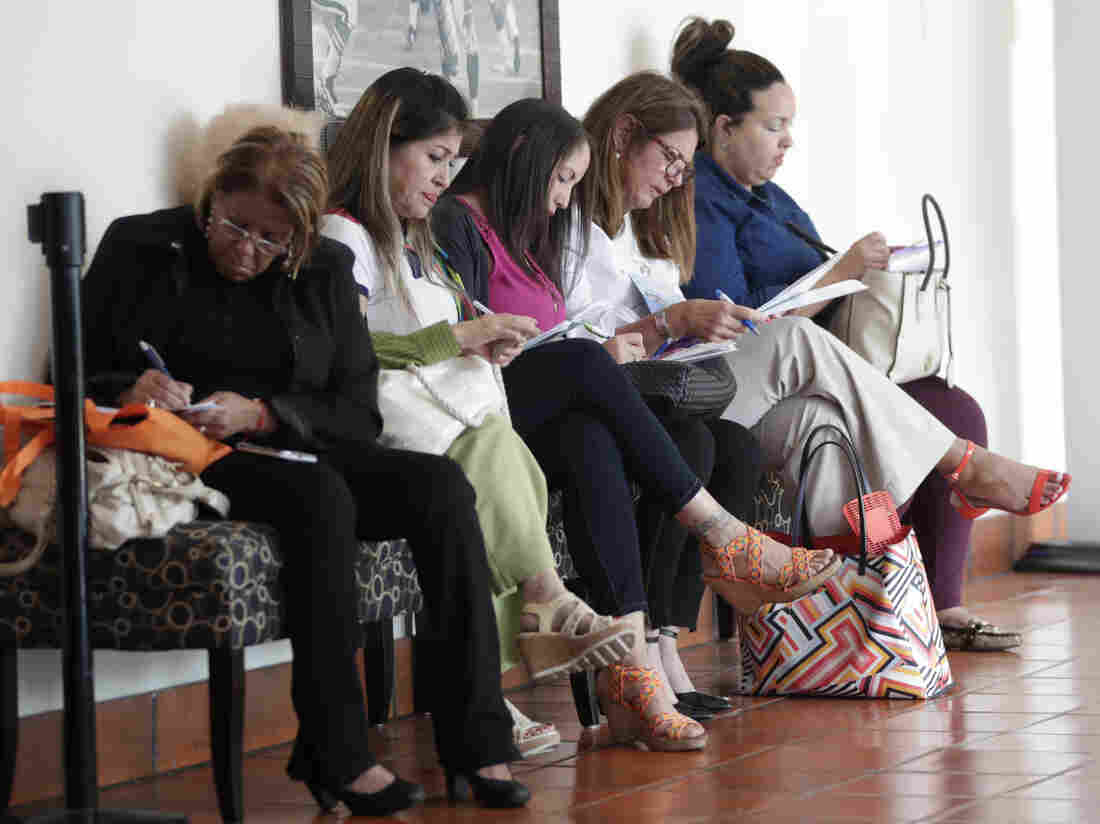 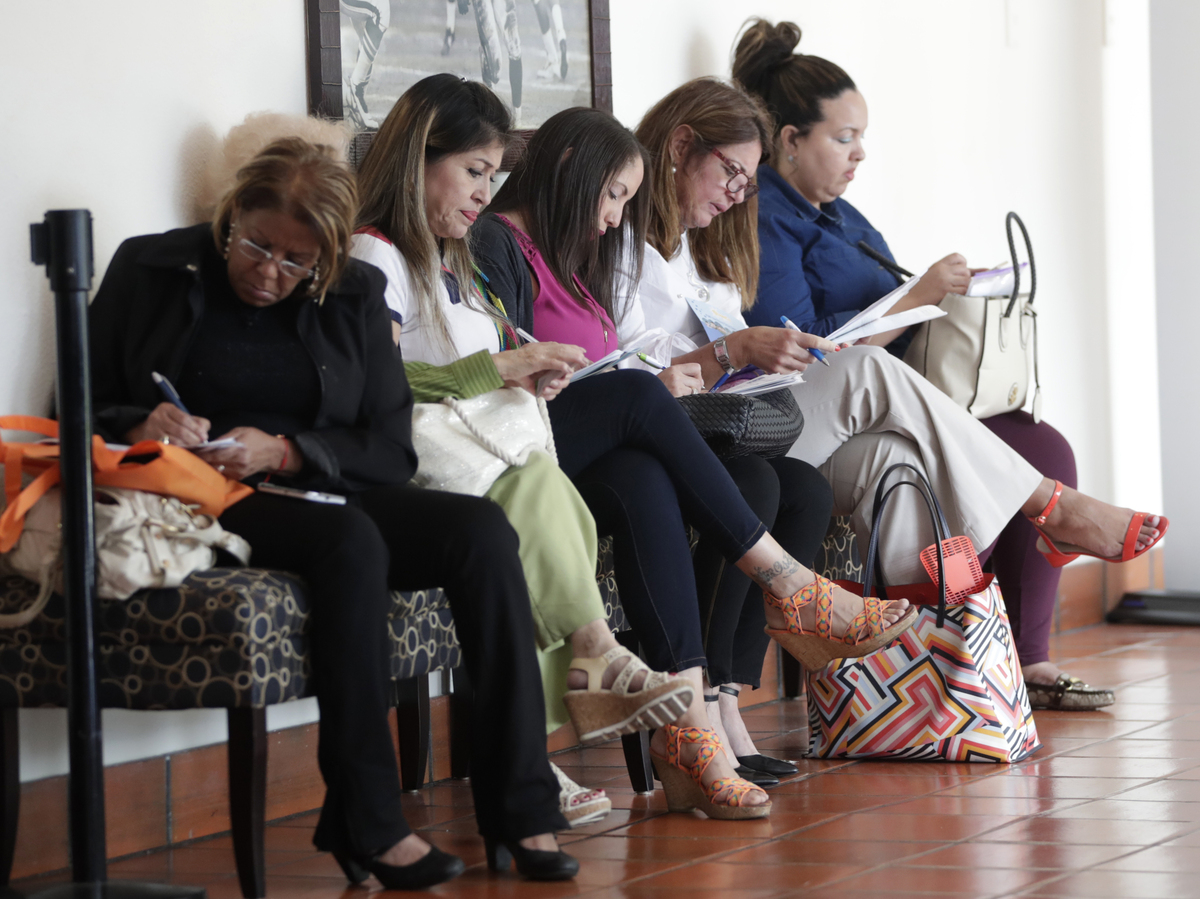 In this photo, women fill out job applications at a JobNewsUSA job fair in Miami Lakes, Fla.

Women are on track to make up a majority of the college-educated labor force this year, marking a historic turning point in gender parity.

While women have made up a majority of college-educated adults for roughly four decades, that strength has not always been reflected in the work force, where men have traditionally dominated. Men still outnumber women as a percentage of U.S. workers, but the gap has narrowed significantly in recent years.

This year's first-quarter findings reported 29.5 million women in the labor force had at minimum a bachelor's degree, compared to 29.3 million men, according to an analysis by Pew Research of data collected from the U.S. Bureau of Labor Statistics. Women, ages 25 and older, now account for more than half of the college-educated workforce (50.2%) — an 11% increase since 2000.

The 1981-82 academic school year was the first time that women received more bachelor's degrees than men.

Since then, women have consistently outpaced men in earning that same level of education, receiving 57% of the bachelor's degrees awarded by U.S. institutions in the 2016-2017 academic year, according to the National Center for Education Statistics. Since 2000, the college enrollment rate for female students has outnumbered males.

As of the first quarter of 2019, 29.5 million women in the labor force had at least a bachelor’s degree, effectively matching the number of college-educated men in the workforce (29.3 million) https://t.co/L27nwtTzyH pic.twitter.com/Cys8zgB6lB

Although women's representation among the college-educated workforce is expanding, they are still earning less than men. On average, a man with a bachelor's degree out-earns an equally credentialed woman by about $26,000 per year.

Women have been told that more education will lead to better wages, according to a 2018 Georgetown University study. But despite having similar qualifications, there's still a pay imbalance.

According to NPR's Planet Money, there are many factors fueling the gender pay gap, including the choice of career. They report that "the fields that employ a lot of women tend to pay less."

For example, women make up more than two-thirds of employees working as diagnostic-related technologists or technicians (which usually involve operating hospital equipment such as x-ray machines). However men in this same line of work earn nearly $19,000 more annually than do women.

Google Pay Study Finds It Underpaid Men For Some Jobs

The Census Bureau reported that the average worker, between ages 25 and 64, earned $41,900 in 2017, compared to a worker with at least a bachelor's degree who earned $61,300. When specifically comparing gender pay differences, the earnings vary greatly between men and women. The median income of a man with a college degree is $74,900. A college-educated woman on the other hand will earn just $51,600.