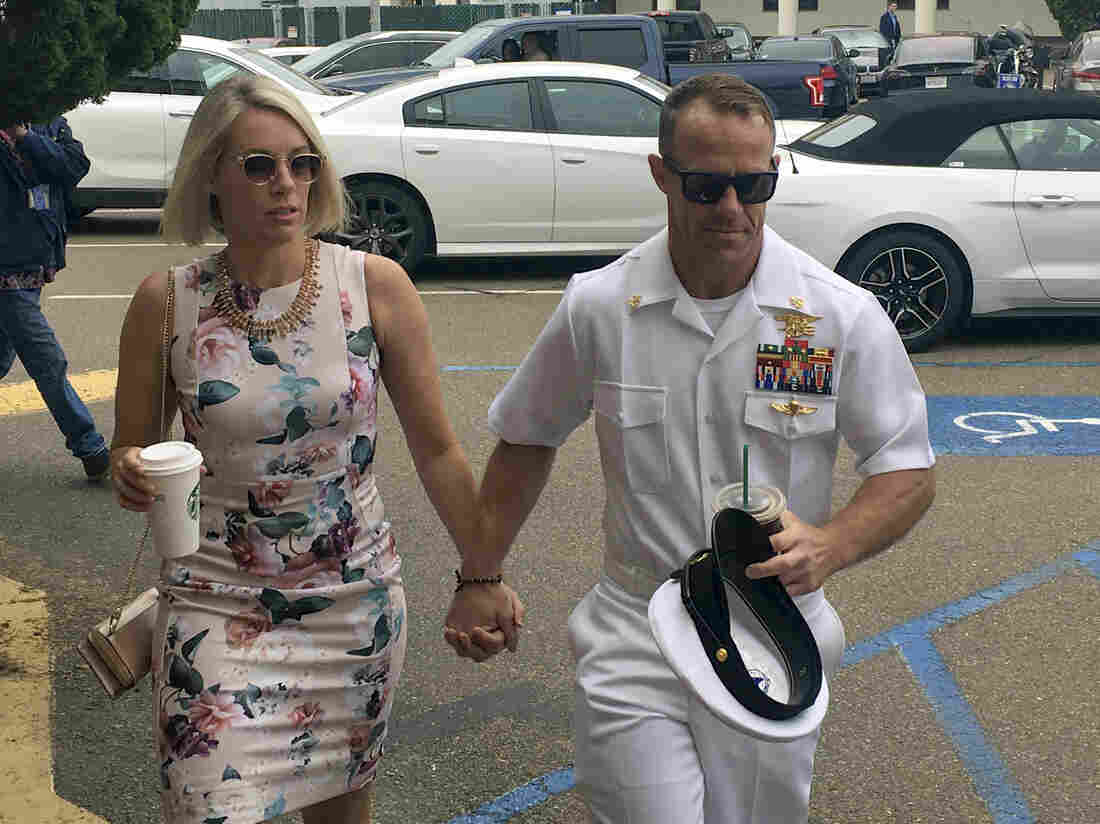 Navy Special Operations Chief Edward Gallagher and his wife, Andrea Gallagher, arrive at military court on Naval Base San Diego on Thursday. A witness stunned prosecutors after testifying that he, not Gallagher, killed an ISIS fighter in 2017. Julie Watson/AP hide caption 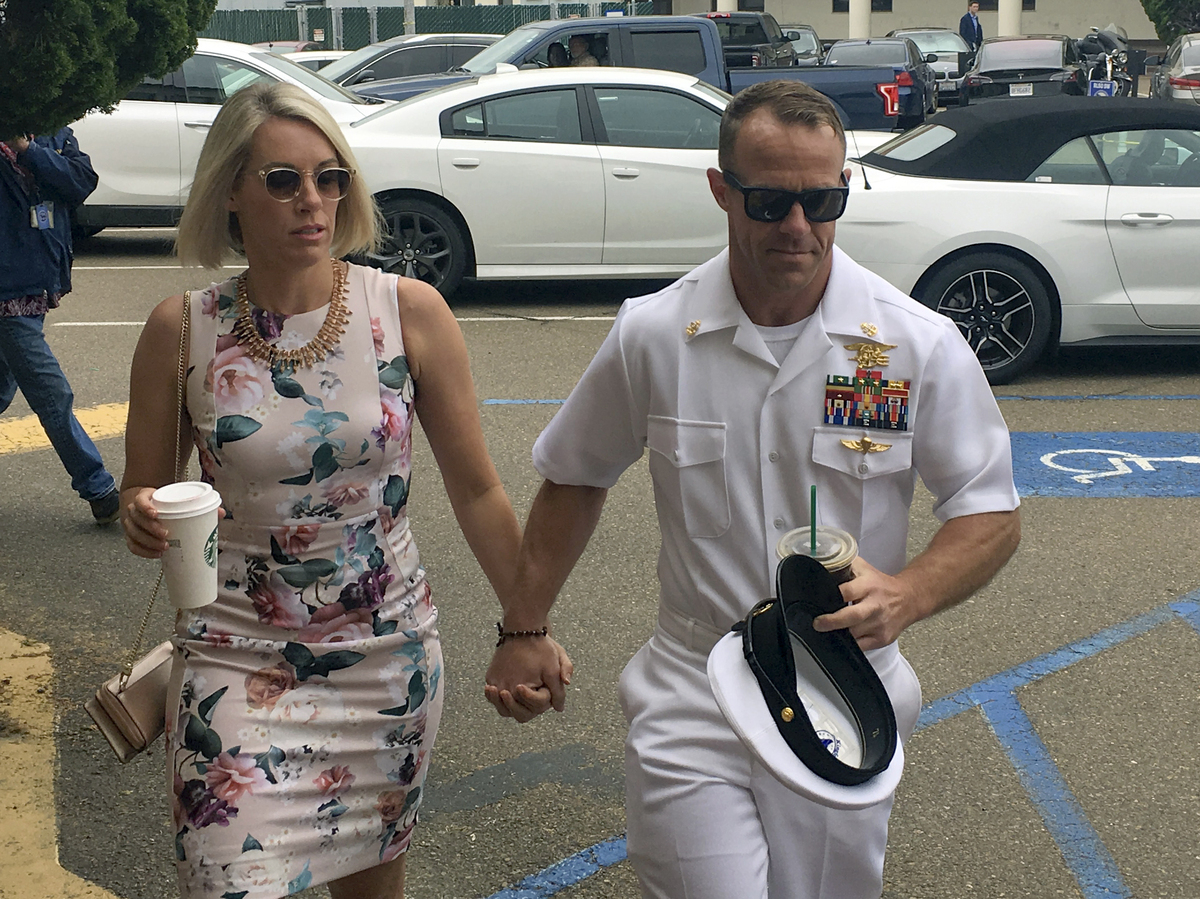 Navy Special Operations Chief Edward Gallagher and his wife, Andrea Gallagher, arrive at military court on Naval Base San Diego on Thursday. A witness stunned prosecutors after testifying that he, not Gallagher, killed an ISIS fighter in 2017.

The war crimes trial of Navy SEAL Chief Edward Gallagher took a dramatic turn Thursday when a lead prosecution witness — another SEAL who has been granted immunity to testify — confessed that he was the actual killer of a 17-year-old ISIS prisoner.

Special Warfare Operator 1st Class Corey Scott stunned prosecutors as he described a previously unheard version of events, saying he asphyxiated the teenage Islamic fighter as an act of mercy.

Among other charges related to his 2017 military service in Iraq, Gallagher is accused of killing the insurgent.

Scott began his witness testimony as prosecutors had expected, KPBS reporter Steve Walsh told NPR. Like several other witnesses who have taken the stand earlier this week, Scott first said Gallagher plunged a knife into the neck of the wounded ISIS captive as they were providing him with medical care.

But Scott's account radically diverged from the familiar narrative during the defense's cross-examination when he revealed that "it was in fact he who killed [the combatant] by closing off an airway to a breathing tube for the wounded fighter and then he slowly watched him die," Walsh said.

Gallagher was jubilant following Scott's testimony, celebrating with his family outside the courtroom.

Prosecutors were visibly upset by the turn of events.

"They pointed out that [Scott] had spoken to prosecutors several times; they'd asked him to go step by step in this, and that he had never mentioned closing off the airway and he'd never said that in any of his testimony to naval investigators either," Walsh said.

The prosecution accused Scott of being untruthful and said he fabricated the new version of events because he is a friend of Gallagher's. When asked about his opinion of his former superior, Scott responded saying he likes him "and that he didn't want him to go away for the rest of his life," Walsh reported.

Gallagher's defense attorneys argued the alternative account had remained unknown because of sloppy work by naval investigators and the prosecution.

Scott is one of seven SEALs granted immunity in exchange for their testimony.

The dramatic admission contradicted testimony by Dylan Dille, a former SEAL sniper, and Craig Miller, a special operations chief, who took the stand Wednesday. Both men, who also served with Gallagher, said he fatally stabbed the prisoner.

They also said Gallagher posed next to the body for a photo, which he subsequently texted to a fellow SEAL. The caption attached said, "Got him with my hunting knife."

The Associated Press reports that according to Dille, after stabbing the captive, Gallagher said, "This is just an ISIS dirtbag. Next time I'll do it where it will be out of sight, out of mind."

Gallagher is also charged with other offenses, including using his sniper rifle to shoot at unarmed civilians in Iraq — among them an elderly man he allegedly shot on Father's Day 2017, as well as a young girl.

Earlier this month, a military judge removed the lead prosecutor in the case after he admitted to surreptitiously embedding a digital tracking device in an email to defense attorneys. The software allowed prosecutors to monitor messages.

Gallagher is one of several special operators facing trial for violations of military law.