Accessibility links
Ever Plugged A USB In Wrong? Of Course You Have. Here's Why It's often hard to plug in a USB device on the first try. Ajay Bhatt, the chief inventor of the USB, agrees the design is annoying but says there was a good reason for it.

Ever Plugged A USB In Wrong? Of Course You Have. Here's Why

Ever Plugged A USB In Wrong? Of Course You Have. Here's Why 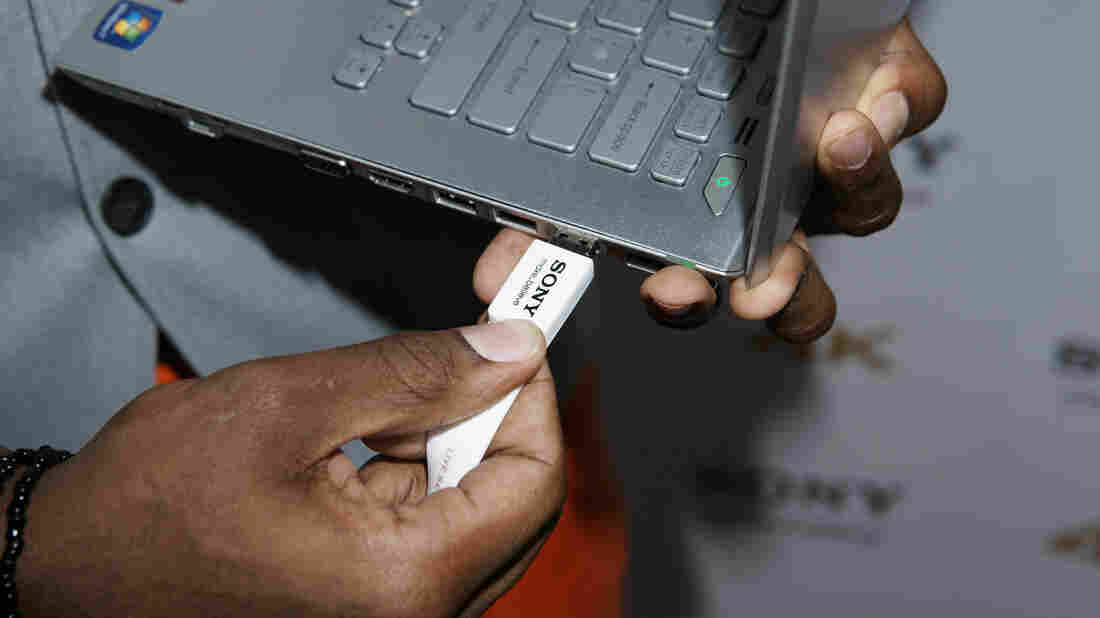 Because the plug isn't reversible, connecting a USB device to a computer can often be a frustrating experience. Joe Kohen/Invision/AP hide caption 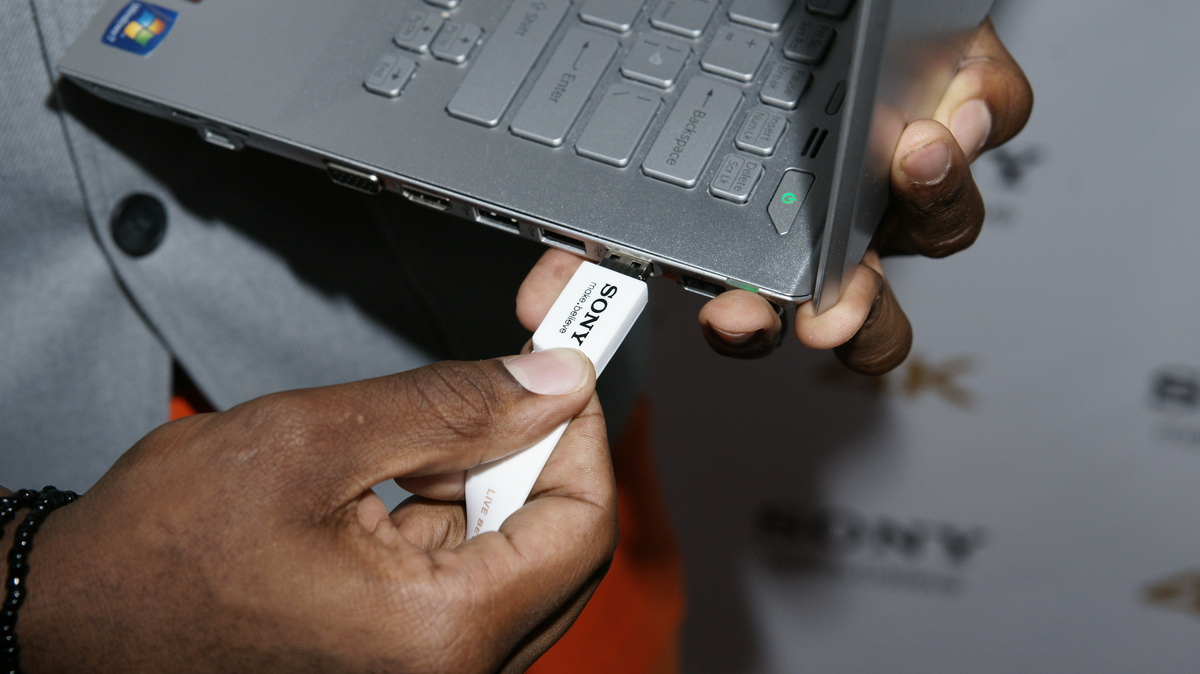 Because the plug isn't reversible, connecting a USB device to a computer can often be a frustrating experience.

Your files are done syncing, and you go to plug in your thumb drive. You try once. Failure ensues. Metal clashes with metal. Humiliated and discouraged, you flip it and try again. Failure, again! How could this be possible?

Wiping your brow, ready to give up, you flip back to the original orientation for a final try. The hard-won success is unsatisfying, tainted by the absurdity of the process.

For years, Internet users have been griping about the USB, or Universal Serial Bus, and its maddening difficulty to plug in right, even creating memes about the commonly shared experience. Some call it the USB paradox, the seemingly impossible process of making a 50-50 guess wrong twice.

Ajay Bhatt led the team at Intel that created the USB — a near-ubiquitous connection interface that allows users to plug mice, iPods, printers, thumb drives and other devices into a computer. He recognizes that the model has led to frustration.

"The biggest annoyance is reversibility," Bhatt told NPR. Nonetheless, he stands by his design.

Can't they make these work no matter which way you plug them in? pic.twitter.com/FCaiFWKMq8

Happy 20th birthday, USB. It wouldn't have happened at all w/o printer headaches! https://t.co/K3nj0Qs9rx pic.twitter.com/NeeJt9YZzN

Turns out there's a very specific reason for the USB's lack of reversibility.

A USB that could plug in correctly both ways would have required double the wires and circuits, which would have then doubled the cost.

The Intel team led by Bhatt anticipated the user frustration and opted for a rectangular design and a 50-50 chance to plug it in correctly, versus a round connector with less room for error.

One can only imagine the memes that a more challenging USB might have sparked.

"In hindsight, based on all the experiences that we all had, of course it was not as easy as it should be," Bhatt said.

Yet, instead of simply springing for the extra costs, Bhatt's team at Intel strategically chose to keep it cheap. The success of their project hinged on a Herculean task: persuading all the major computer companies to adopt the USB model. 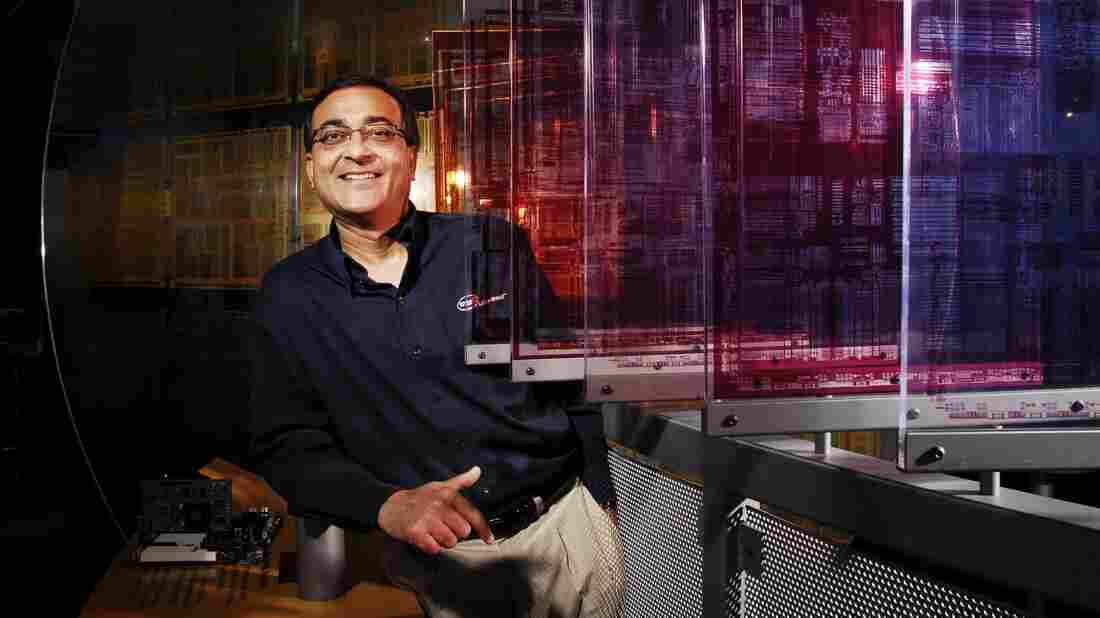 Ajay Bhatt led the team at Intel that created the USB. "In hindsight, based on all the experiences that we all had, of course it was not as easy as it should be," he says. Anthony Pidgeon/Redferns hide caption 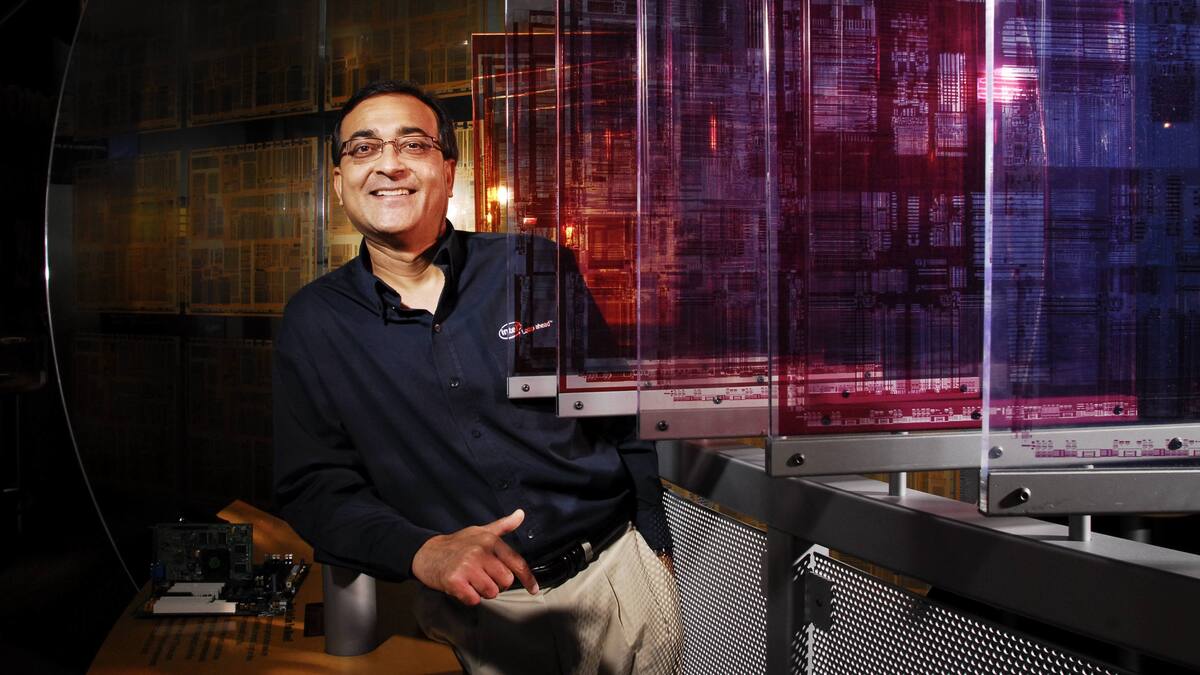 Ajay Bhatt led the team at Intel that created the USB. "In hindsight, based on all the experiences that we all had, of course it was not as easy as it should be," he says.

"It took us some time to prove that this technology is indispensable," Bhatt said.

A cheaper design allowed him to make his case, and in 1998 Steve Jobs released the first iMac with USB ports. Today, the USB is an industry standard.

For irritated users who won't accept Bhatt's rationale, the newest model of the USB, the USB-C, released five years ago, is reversible.

Bhatt's idea for the USB was inspired by his own experience as a user dealing with tech frustrations far beyond the scope of a get-it-wrong-the-first-time cable.

Every time he attempted to plug in a new device, he'd encounter a tumbleweed of tangled wires, each requiring a different type of port.

Apple's Scary Buying Power And The Woman Who Named It

"Both as a user and a developer, I saw that at that time, available interfaces were complex and very user unfriendly," Bhatt said.

He believed that the everyday person should be able to enjoy computers.

Since his invention took off, Bhatt has not enjoyed the same fame or profits of his tech-superstar counterparts. In fact, Bhatt has not made a single penny from his USB design, because Intel owns the patent.

"We were not worried about notoriety," Bhatt said. "In the end, it's a team sport — my feeling is that if everyone adopts your idea, then you've succeeded. Notoriety should be given to the technology."

Happy Birthday, Tetris. 35 Years Later You're As Addictive And Tetromino-y As Ever

Beyond the USB, Bhatt has dedicated his decades-long career in tech to accessibility. At Intel, Bhatt also helped invent PCI Express, a type of connector present in most motherboards that has increased bandwidth and the speed of data within computers.

Born in India, Bhatt faced a number of obstacles throughout his career path. Vying for a hypercompetitive spot in one of India's engineering schools, attaining his U.S. visa and persuading companies to adopt the USB model all required the same tenacity and perseverance.

"I had a hard time when people said things couldn't be done, but that's when I got more energy," Bhatt said. "When you get a lot of opposition, you got to feel that you're working on a problem that needs to be solved."