Accessibility links
A 747 Carried 2 Beluga Whales From China To Iceland Naturally, transporting the whales — each about 13 feet long — was a huge logistical headache. Trainers have been preparing the belugas for the journey and for their new life in open water.

A 747 Carried 2 Beluga Whales From China To Iceland

A 747 Carried 2 Beluga Whales From China To Iceland 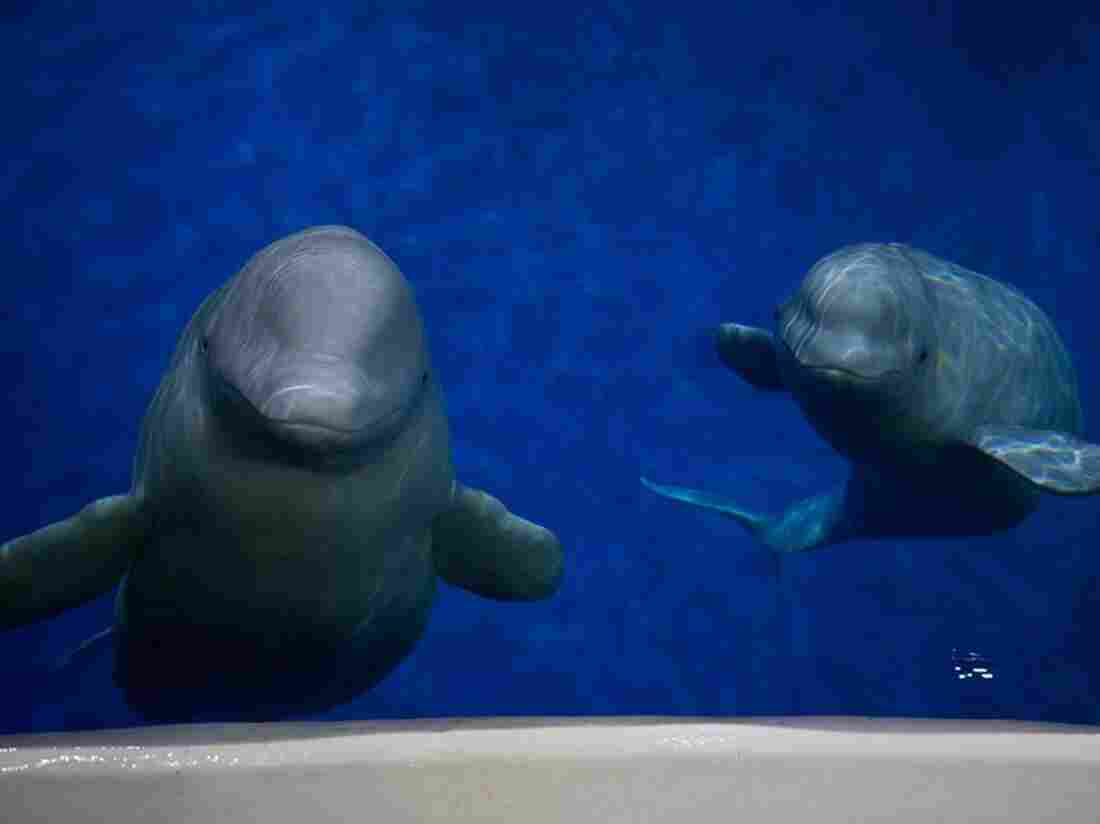 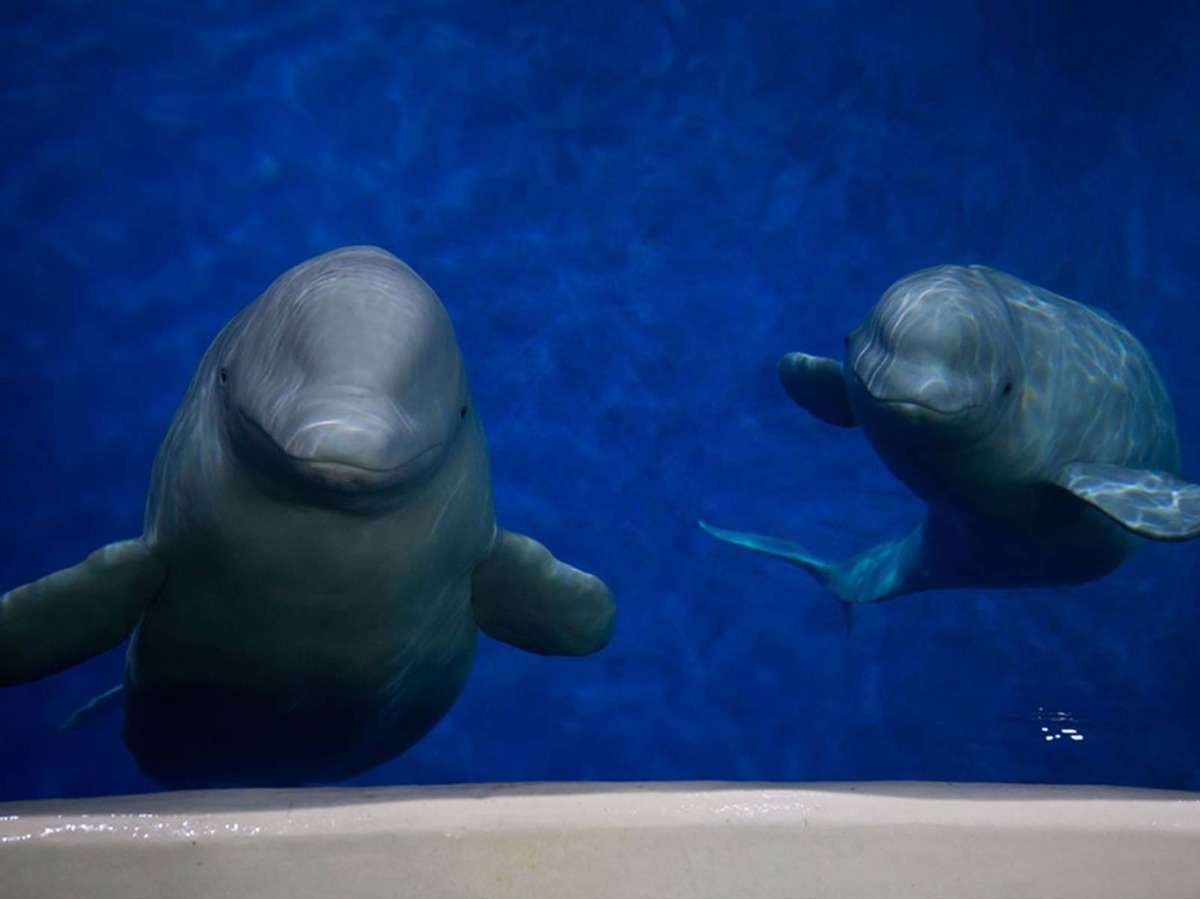 Two beluga whales have completed their long and complicated journey from China to Iceland.

Two female beluga whales have finally arrived in Iceland, where they will enjoy a sanctuary in cool coastal waters. But the longtime performers from an aquarium in China had quite the journey to get there.

Little Grey and Little White traveled from Shanghai by land, sea and air — a Boeing 747 aircraft.

Naturally, transporting two whales — each about 13 feet long — was a huge logistical headache. Trainers have been preparing the belugas for the journey and for their new life in open water.

"We have designed a special training programme using a variety of techniques to get them ready for the move," Mark Todd, a marine mammal behavior expert working with the Sea Life Trust Beluga Whale Sanctuary, said in a statement before the whales departed China. "This will include stretcher and platform training, teaching the belugas to hold their breath underwater for longer, increasing their diet to help build up extra blubber, as well as gradually dropping the temperature of their pools to mimic the colder water they will experience in the bay."

TOUCHDOWN ✈️🐳 Little Grey & Little White have arrived safely in #Iceland after their special @Cargolux_Intl flight from #China. The whales are in good health and our care team will continue to assess their well-being as they continue on their journey to Heimaey island! pic.twitter.com/8qpuyS9Loc

To begin their trip, the 12-year-old belugas, who are believed to live 35 to 50 years, were loaded onto special stretchers and put into transportation boxes. They were moved by trucks to a nearby airport and loaded on a chartered 747 cargo plane, according to the sanctuary.

Herring "was an essential airplane snack for the not-so-frequent flyers," The Associated Press noted.

The whales landed at Keflavik Airport in Iceland, where they were loaded onto trucks again. Then, they took a ferry, and finally were driven the final stretch to the whale sanctuary.

Early Thursday, Little Grey and Little White were finally released into a special pool where their caretakers can keep a close eye on them and make sure they are recovering smoothly from the trip.

The belugas "are both doing well after such a long and complicated journey and they have started to acclimatise and feed in their new care pool," the sanctuary said.

Little Grey is known to be playful, and the sanctuary says she "has a mischievous side and likes to spit water at her handlers." Her companion, Little White, has a quieter personality.

In 2012, Changfeng Ocean World aquarium was bought out and the new owners didn't believe in keeping whales for entertainment. They launched an international search for a suitable sanctuary, ultimately settling on the Iceland location. The Klettsvik Bay area and its cool waters, the sanctuary said, will "provide a more natural sub-Arctic habitat for the belugas and include a rich variety of local flora and wildlife."

The belugas will be transferred into the bay after the monitoring period. The trainers are also working to introduce them to sea life they've never seen before, such as crabs and shellfish.

Some of the trainers in China have been working with Little Grey and Little White for years and have mixed feeling about seeing them go.

"We'll be sad to see them leave but we understand that they come from nature, so this project is allowing them to go back home," Iker Wang, their head trainer in Shanghai, said in a statement.

The sanctuary says it hopes that other aquariums send their belugas to join Little Grey and Little White.