Accessibility links
Arizona Prisons Reverse Ban On 'Chokehold' Book About Mass Incarceration The book's author is grateful that pressure on corrections officials persuaded them to rethink the ban, but it did not end his concerns over access to books among prisoners across the country. 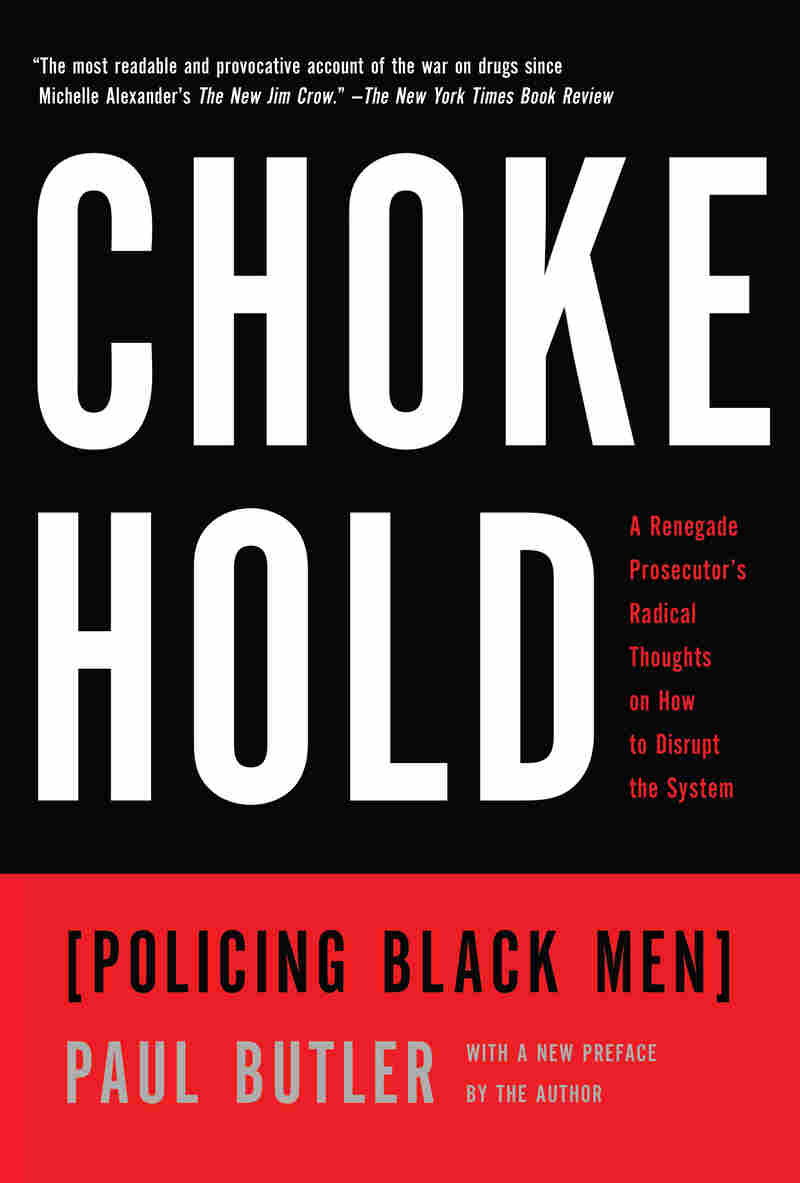 Arizona prisons officials have announced a ban on the book Chokehold: Policing Black Men by Paul Butler has been lifted after a national outcry. Courtesy of The New Press /The New Press hide caption 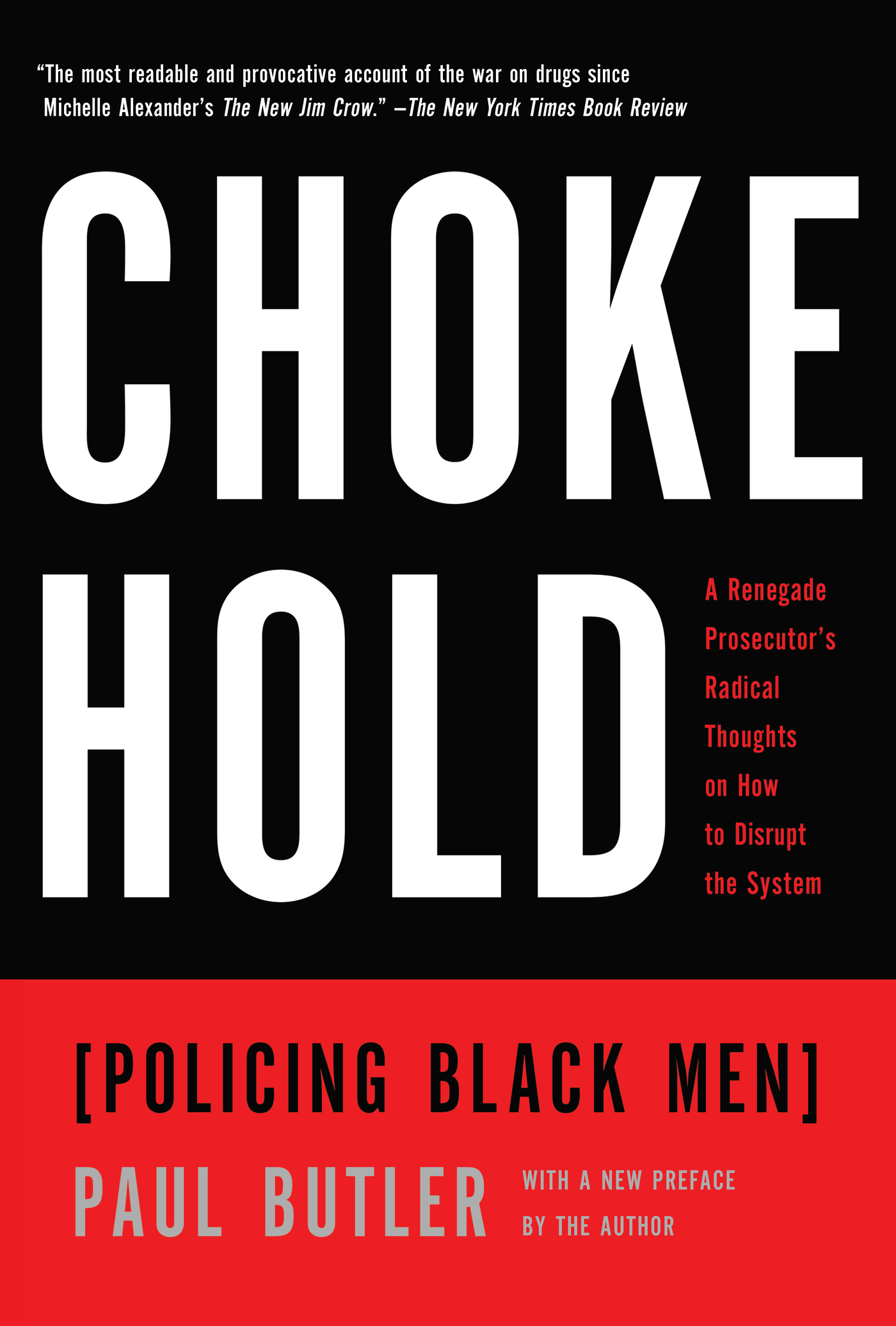 Arizona prisons officials have announced a ban on the book Chokehold: Policing Black Men by Paul Butler has been lifted after a national outcry.

Corrections officials in Arizona are now allowing inmates to read a book criticizing the U.S. criminal justice system after initially pulling it from prisons over "unauthorized content," a state corrections official tells NPR.

An uproar over the ban of Chokehold: Policing Black Men, including threats of a lawsuit from the American Civil Liberties Union, prompted Arizona prison officials to review a publication blacklist and reverse suspending the book.

The book's author, Georgetown University Professor Paul Butler, said he never understood why his book was considered contraband, but he is grateful the pressure campaign caused Arizona corrections officials to rethink their position.

It did not, however, end his concerns over access to books among prisoners across the country.

"I am concerned that many people in custody are subject to other illegal and unfair acts by jailers that most people on the outside never hear about," Butler told NPR. "Providing books to inmates promotes literacy, rehabilitation and civic engagement."

In the book, Butler, a former federal prosecutor, argues for a radical rethinking of prison policy, even advocating abolishing prisons altogether, although he never endorses violent responses to what he sees as systemic injustices.

Arizona officials viewed the book as being potentially "detrimental to the safe, secure and orderly operation" of prison facilities.

After the ban last month, ACLU lawyers wrote a letter arguing that while corrections officials have the legal right to regulate what inmates can read if the text is considered dangerous, it is unconstitutional to censor a book that explores how prisons have shaped the lives of black men and "poses no threat to the safety and security of the facility."

Emerson Sykes, one of the ACLU attorneys who wrote the letter, says he is pleased that corrections officials removed the ban on the book, though he said the long fight over what books prisoners can access is far from over.

"These bans are taking place in prisons and jails around the country," Sykes said, speaking to NPR.

When New Jersey prisons had banned Michelle Alexander's book The New Jim Crow: Mass Incarceration in the Age of Colorblindness, the ACLU fought back, and secured a swift reversal of the ban.

In Illinois, more than 200 books, mostly about race, have been removed from prison libraries, which critics like Sykes are working to undo.

Until recently, Pennsylvania banned a number of books, the reasons for which left some observers puzzled. Among them was a book of Pablo Picasso paintings and the State Employees' Retirement Code. State officials later revised the policy to prohibit only books that detail escape methods, instruct the manufacture of drugs or create potential danger inside a correctional facility.

There was even a tussle in Pennsylvania as state officials halted prison donation programs in the wake of a security crackdown aimed at addressing drug smuggling into facilities. After an outcry, the policy was rewritten.

Tackling a controversial topic, Sykes said, is not a legitimate reason to stop a book from circulating in prisons. Because prisons officials are given wide latitude over what texts come into state facilities, sometimes the decisions go too far, he said.

"Reading is one of the best, most cost-effective ways prisoners can pass time, educate themselves and connect with the outside world while incarcerated," Sykes said.