Accessibility links
Once Teased For Her Name, Marijuana Pepsi Turns Her Challenges Into A Ph.D. Long ridiculed for her unusual name, Marijuana Pepsi Vandyck recently turned her hardship into success. After studying perceptions around "black names" in white classrooms, she completed her Ph.D. 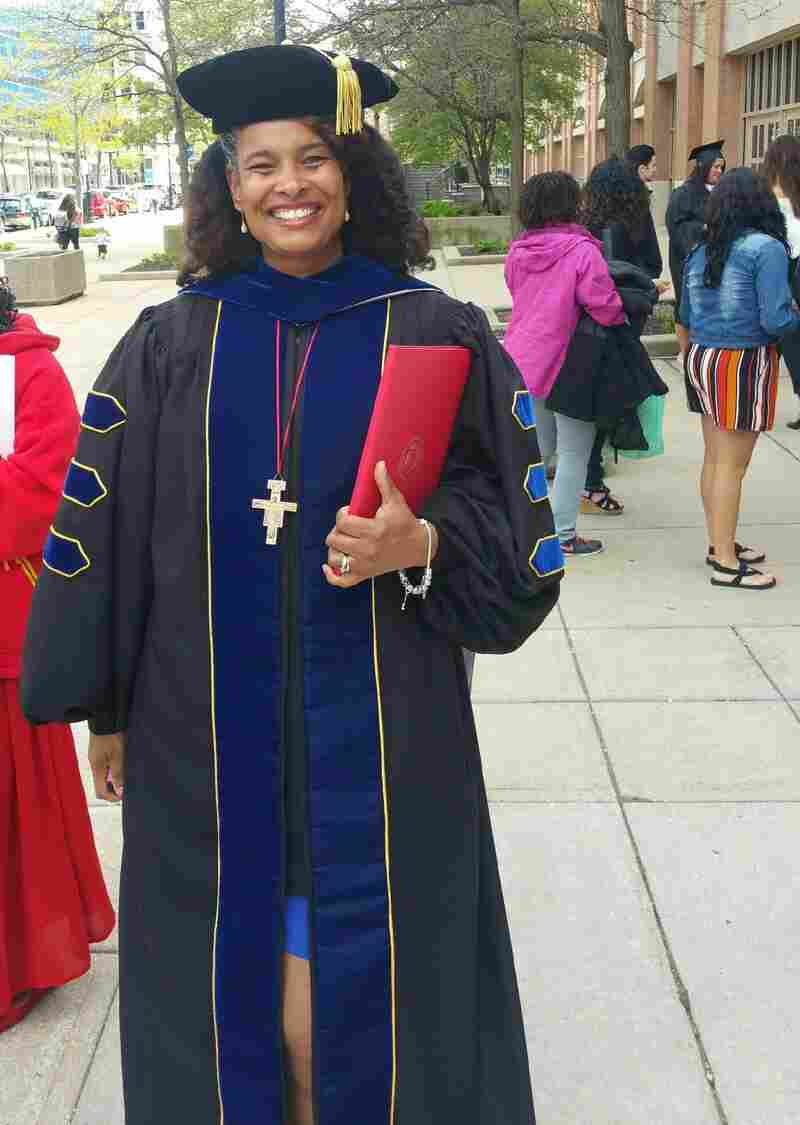 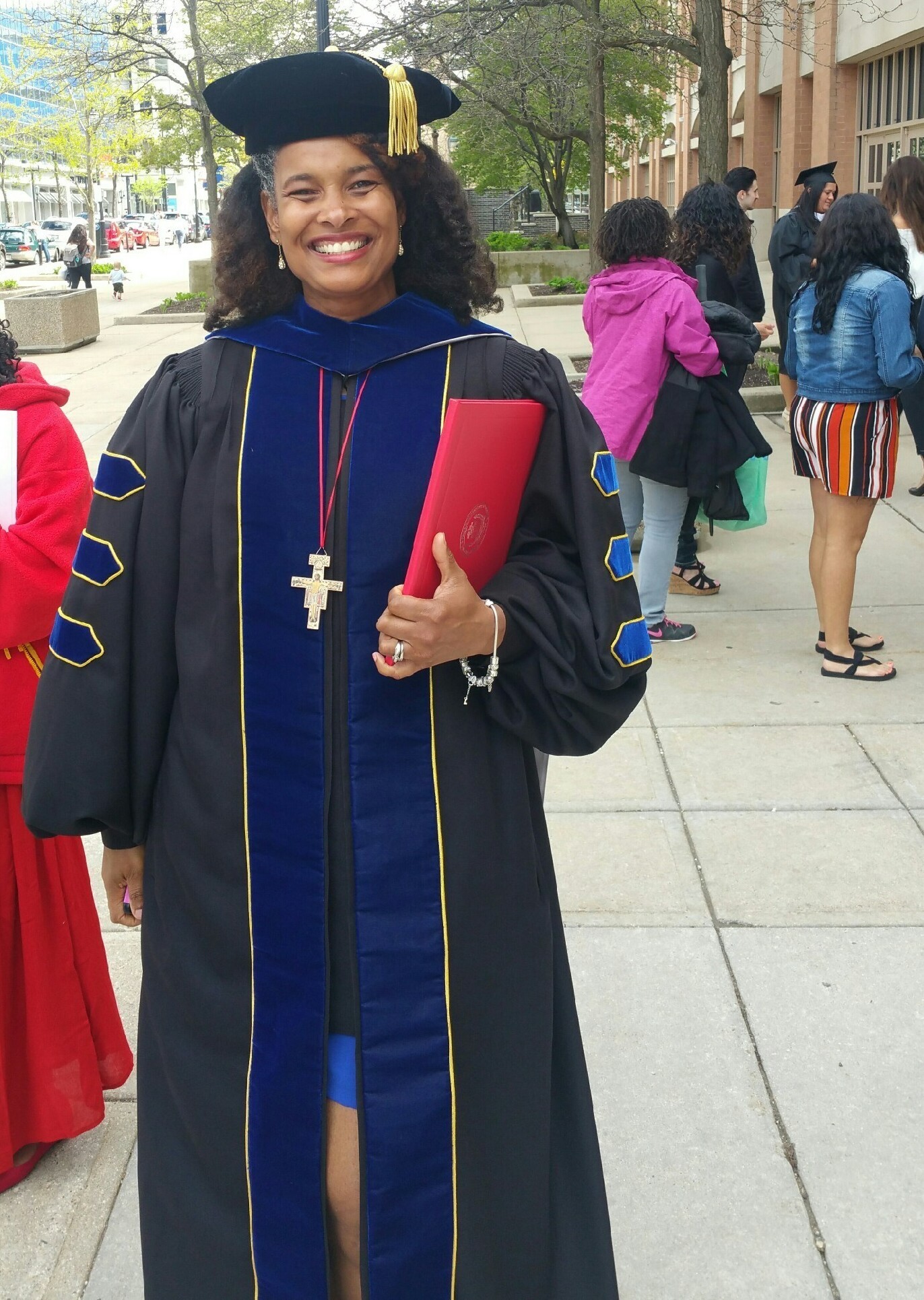 Dr. Marijuana Pepsi Vandyck graduated from Cardinal Stritch University in Wisconsin this month with a doctorate in higher education leadership.

Marijuana Pepsi's mother told her that her birth name would take her places.

After a life spent being mocked for having an unusual name, the 46-year-old seized on her experience to earn a Ph.D. in higher education leadership. Her dissertation focused on unusual names, naturally.

For her dissertation, titled Black Names in White Classrooms: Teacher Behaviors and Student Perceptions, Vandyck interviewed students and concluded that participants "with distinctly black names" were subject to disrespect, stereotypes and low academic and behavioral expectations. This resulted in strained relationships, changes in future career choices and self-esteem issues, spelling fewer educational and economic opportunities for students of color.

In school, Vandyck says her name elicited the strongest reactions from white teachers.

"A lot of other people were thinking [my mom] was smoking marijuana and drinking Pepsi," she tells NPR. "In the black community, we're used to having names that are more cultural."

She's asked her mom, who also gave birth to daughters Robin and Kimberly, many times about how she got her name. "She just shared that she felt a kinship with me and she felt like this name would take me around the world," Vandyck says.

Until about 9 years old, she says, "Marijuana was just a beautiful name. I received accolades." But when she moved to a new city, she was made "very aware" that her name was different.

Vandyck thinks her white teachers simply found her name unusual. Even though she preferred her full name, some teachers would call her Mary.

"I think they wanted to make me feel more comfortable," she says. "They could see what the other children were doing, and they were trying to smooth the way and make things easier for me."

But she says one of her research participants at Cardinal Stritch University in Milwaukee had another theory: "White people like things standardized, and that includes names."

Having Just One Black Teacher Can Keep Black Kids In School

The inspiration for her research came during her early years of teaching, after witnessing a particularly strong reaction to what another educator perceived as nonwhite names.

"I had a teacher at a new-student orientation who threw her class list on the floor and started talking about how her test scores were going to be in the toilet," Vandyck recalls.

Looking at her own list, Vandyck was confused as to how she would draw that conclusion. "All it had were the students' first names, last names and their gender. I thought I was missing paperwork," she says.

"But the other teachers told me that it was the names that she was concerned about."

"I don't believe that anything that anyone has said to me is really intentional and that they're deliberately trying to hurt me," she says. "We all hear things that make us look twice."

Instead, Vandyck has advice for the educators who encounter names they're not used to: acceptance.

"If you're curious about it, feel free to ask," she says. "Perhaps not in front of the other 25 students. Don't ask who named them in a condescending manner."

As for people who have negative reactions to unusual names, Vandyck wants them to know, "It's what you do after you recognize that you have this feeling about it. And it's what you act on from that point on. That's the most important part."

For her part, Vandyck has come to perceive her name as a source of pride — not just an obstacle to overcome — and she wouldn't think to change her name.

"We can't always go through life-changing things to make other people happy ... and I had to learn that early on."

NPR's Gustavo Contreras and Alexander Asifo produced this story for broadcast. Emma Bowman adapted it for the Web.