Accessibility links
Valerie Jarrett Plays 'Not My Job' On 'Wait Wait... Don't Tell Me!' Jarrett is the longest serving senior adviser to a president in U.S. history. Her book is called Finding My Voice: My Journey to the West Wing and the Path Forward. 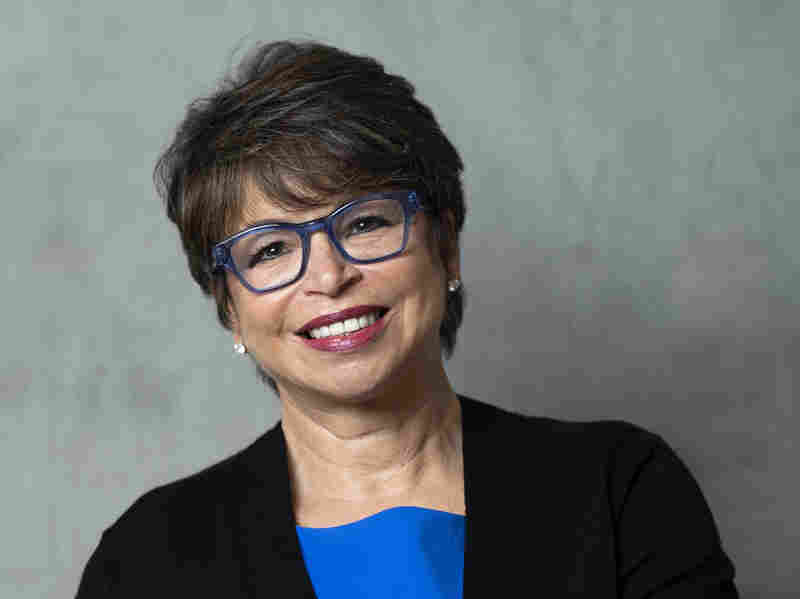 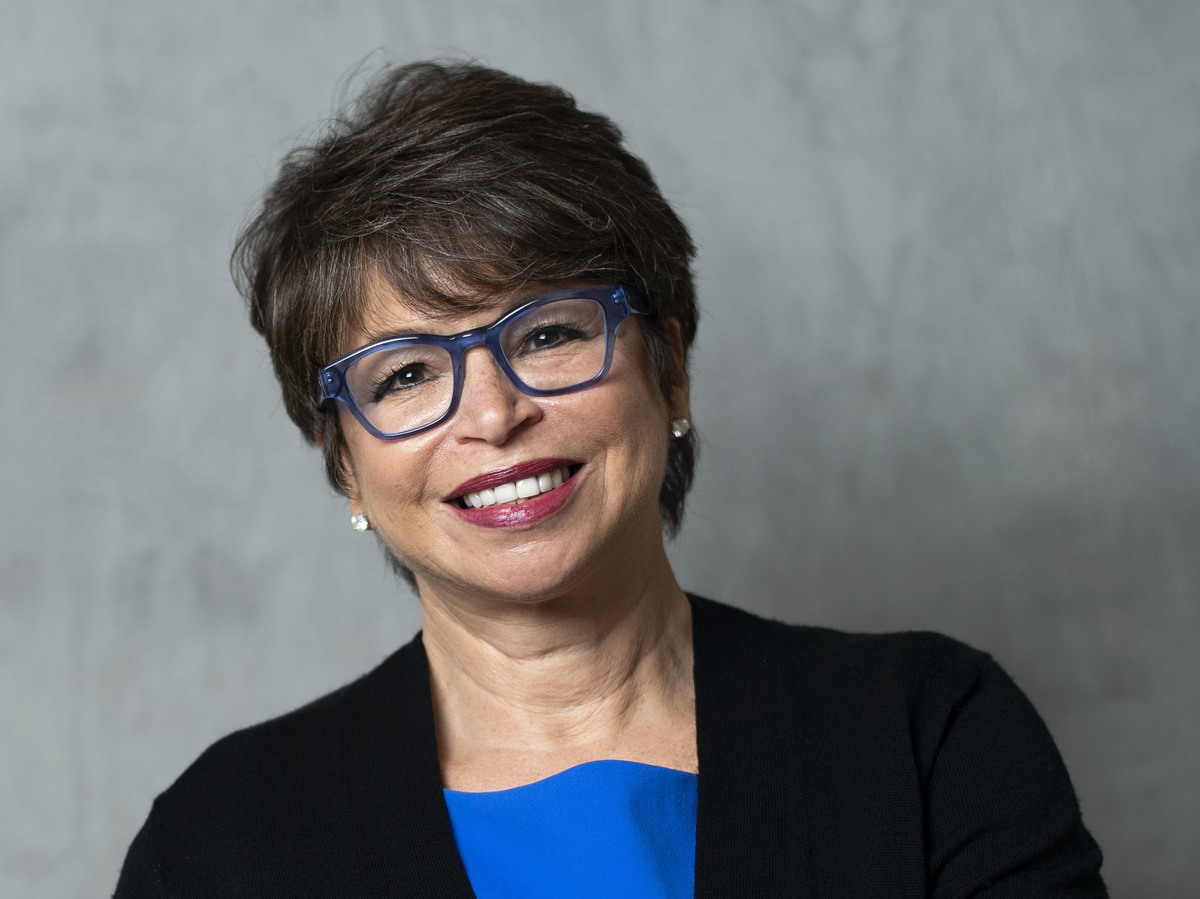 Valerie Jarrett is the longest serving senior adviser to a president in U.S. history — she worked all eight years of Barack Obama's presidency. Earlier this year she published a book called Finding My Voice: My Journey to the West Wing and the Path Forward. Since Jarrett's initials are V.J., we've invited her to answer question about VJs — the video jockeys who introduced music videos on MTV. Click the audio link above to find out how she does.

And now the game where we like to ask important people about unimportant things.

SAGAL: We all have friends. Some of us are lucky enough to have very close friends - if you are lucky enough, to have friends so close they become family. And as far as we know, only one person had a friend like that who got elected president and then brought her to the White House to work as a senior adviser for all eight years of his term, and that's former Obama White House senior adviser Valerie Jarrett.

VALERIE JARRETT: Thank you so much.

SAGAL: So this is something I didn't know and marvel at - you were the longest-serving presidential adviser in history.

JARRETT: Isn't that crazy? Maybe I was old enough to appreciate the fact - best job I would ever have, so why would I leave a second before I had to? In fact, at 11:59, Secret Service started giving me that look, like, you'd better get out of here, girl.

SAGAL: Are you kidding here? I mean, did you actually stay there till the very last day of President Obama's term?

JARRETT: No, no. I was not exaggerating. I waved goodbye to the Obamas when they went off to the inauguration. And that's when I finally went over to the West Wing and turned in my credentials and my - you know, my iPhone. And just as I did that, I peeked in the Oval Office, and they had already taken out President Obama's furniture. It was on the colonnade. The new draperies were going up. And I thought, OK, guess it's time to go.

SAGAL: Wow. Yeah. Now, you, of course, met the Obamas when you were here in Chicago. Were you - I'm just going to say this because I read your book - you were kind of a big shot.

JARRETT: Well, I met Michelle Robinson in 1991 when I was trying to recruit her to come and work with me in the mayor's office.

JARRETT: And her fiance didn't think it was such a great idea. So I'm, like, well, who's he, and why do we have to pay attention to what he says?

SAGAL: I mean, really, so - I mean, you tell that story in the book - that, like, she's, like, I have to check with my fiance. And you're, like, what does he have to do with it? You were taken aback...

PETER GROSZ: And she said, he's going to be president, so let's just give him a second.

JARRETT: Get on board...

JARRETT: ...With us. No, you know what I would say - because everybody remarks on, like, well, how unusual is that? But having now known them since 1991, every single decision he made for - about his career, she was right there at the table as well. So I think it was more an indication of the partnership that they were forming even before they were married...

JARRETT: ...Where they made big decisions together. And so they invited me to dinner, and I said, well, OK. I'll go to dinner with you two. And am I glad I did. That was a good move on my part.

SAGAL: It was, yeah.

SAGAL: I guess I have to ask, what was your first impression of - well, then - I guess he wasn't even a state senator then, right? He was just a guy.

JARRETT: No, he was right out of law school.

JARRETT: You know what I thought? I thought, this is a smart, dedicated guy. He's committed to public service. Maybe - just maybe - one day, he could be mayor of Chicago.

SAGAL: You sized him up that way before you noticed his ears.

JARRETT: You know what? I didn't notice his ears until everybody else started making fun of them. I really - they just kind of went unnoticed.

SAGAL: And that's why he loves you so much.

JARRETT: That could explain it, right?

JARRETT: All up to that - that I did not notice the ears.

SAGAL: So you were a senior adviser, and your job was, essentially, dealing with all the other levels of government that needed things from the White House. Did you call him Mr. President all the time?

JARRETT: I called him Mr. President whenever we were at work. Yes. I thought...

JARRETT: Respect for the man and for the office.

SAGAL: It was - so it was Mr. President who invited you up to the residence, but it was Barack who took out the cocktail shaker. Is that what you're saying?

SAGAL: I can dig it.

SAGAL: Well, it is a pleasure to talk to you. But we have in fact invited you here to play a game we're calling...

SAGAL: Your initials, of course, are VJ. That made us think of an extinct species - the VJ, or video jockey - the people who used to introduce...

SAGAL: ...Music videos on MTV back when they still showed music videos. Yeah, it's a little bit of a stretch. Yes.

SAGAL: Answer two out of three questions correctly, and you'll win our prize for one of our listeners - the voice of their choice on their answering machine. Bill, who is Valerie Jarrett playing for?

SAGAL: Oh, before we begin, I - when we were speaking earlier, I told you that we had your former boss and current friend Barack Obama on the show when he was a senator. And we tried to ask him three questions about something we didn't think he'd know anything about, and he knew all about it. And you told me that he did that all the time.

SAGAL: Did, like, you know, military experts come in and say, well, the new plane - and he'd say, you mean the F-35? And he'd, like, know more about it than anybody else.

JARRETT: Yeah. That happened a lot. In fact, it got to the point where he says, you know, I actually know something about just about everything.

SAGAL: Never gave in to the urge to just slap him.

GROSZ: Not in the Oval Office. Then you'd...

JARRETT: Not even remotely tempted.

SAGAL: Not even remotely.

JARRETT: I want to be quoted on that.

Nina Blackwood, one of the first MTV VJs, says she was reluctant to move to New York and take the job, but she felt she had to. Why? A, she had just gotten a great new haircut and was tired of just describing it on the radio...

SAGAL: ...B, it was the only way she could meet her idol, Billy Idol; or C, an MTV executive saved her life with the Heimlich maneuver and said to her, now you owe me?

JARRETT: I have no idea. But - so I need a friend. I need to phone a friend.

SAGAL: You need to phone a friend.

JARRETT: I think maybe A - that she got a cool haircut.

SAGAL: It was, in fact, C. This actually happened at Tavern on the Green. She was out there talking about the job. She started to choke. He gave her the Heimlich maneuver and said, now you owe me. And she took the job.

JARRETT: I'm not sure I believe it, but it's a good story.

SAGAL: Well she's - she said it happened. That came from her mouth.

SAGAL: Here's your next question. Comedian Russell Brand was hired as a VJ for British MTV in 2000, but he lost the job in late 2001. Why? A, he came to the studio dressed as Osama bin Laden just a few days after 9/11; B, he brought his drug dealer to the set to meet Kylie Minogue; or C, he brought his drug dealer's 8-year-old son to the set to meet Kylie Minogue.

GROSZ: Is it all three?

GROSZ: It is Russell Brand. That's a pretty good chance that it's all three.

JARRETT: That is pretty ridiculous. All right. Well, it's not the first one. It's - what was the last one?

JARRETT: I'm stalling for time while I'm Googling it. I'm trying to figure it out.

SAGAL: You're going to go with number two. You're right. But, as Peter said, they were all true.

SAGAL: Not only that - he did it all on the same day.

Eventually, MTV fired the VJs, stopped broadcasting videos and moved to reality TV like "Jersey Shore." In Japan, when they broadcast that show, what did they call it? A, "The Odd Humans Who Do Not Wear Shirts"...

JARRETT: It's my (unintelligible), but I actually know the answer.

SAGAL: You know the answer because you just Googled it. Is that how you know?

SAGAL: That is apparently a phrase that Japanese people sometimes use to describe, shall we say, colorfully ethnic Italians.

SAGAL: Bill, how did Valerie Jarrett do on our quiz?

JARRETT: None of that is very flattering.

KURTIS: But that's a win in our book, so you're a winner.

SAGAL: So I'm just going to say this. It kind of bothers you that you didn't get one right. Is that right?

ROXANNE ROBERTS: Peter, if I'm not incorrect, I think Valerie and I share the same birthday - and just a teeny bit competitive.

GROSZ: Well, Roxanne was saying she was actually born a little before you.

SAGAL: We won't tell the president that you didn't do as well as he did if you don't.

JARRETT: No, I have no intentions of telling him.

SAGAL: Valerie Jarrett's book is called "Finding My Voice: My Journey To The West Wing And The Path Forward." It's available now.

Valerie Jarrett, thank you so much for joining us on WAIT WAIT... DON'T TELL ME.

JARRETT: Thank you. Thank you all.

STEVE WINWOOD: (Singing) Valerie, call on me. Call on me, Valerie. Come and see me. I'm the same boy I used to be.

SAGAL: In just a minute, we look at you with puppy dog eyes in our Listener Limerick Challenge game. Call 1-888-WAIT-WAIT to join us on the air. We'll be back in a minute with more of WAIT WAIT... DON'T TELL ME from NPR.