Accessibility links
Supreme Court Property Rights Case Could Mean More Precedent Falls For the second time in weeks, the court's five conservatives teamed up to overturn decades of precedent, to the consternation of the court's four liberals. 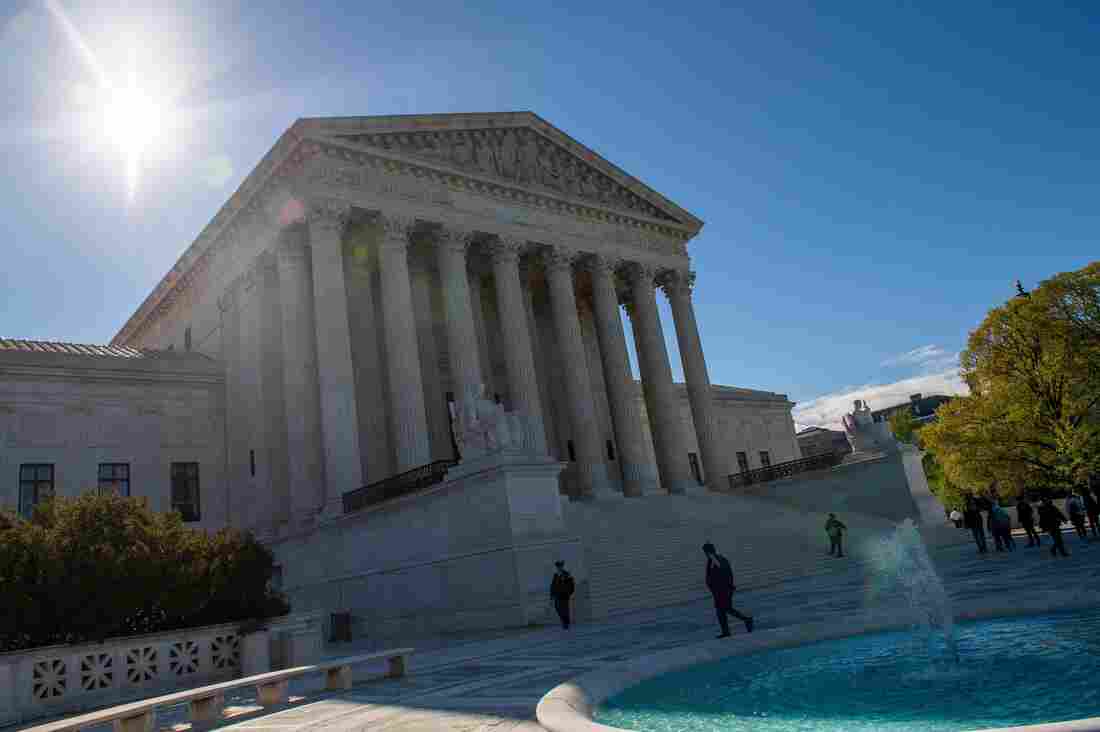 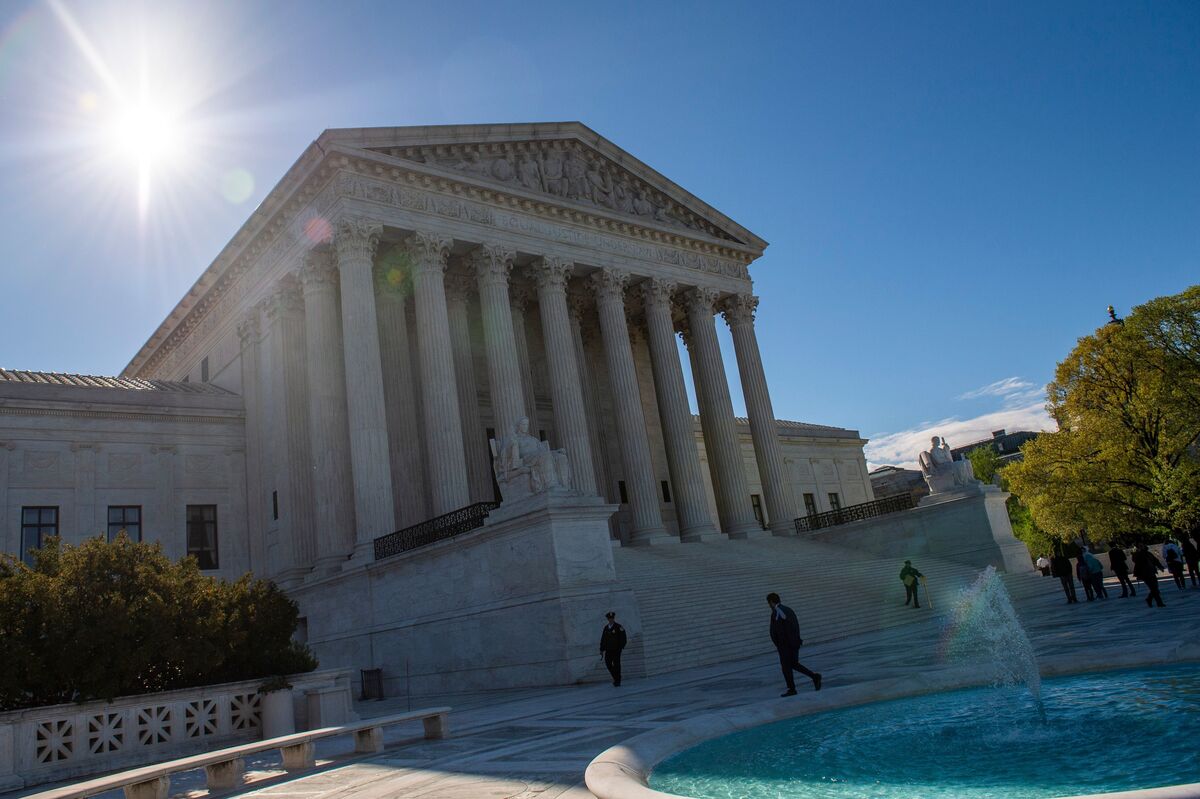 The justices of the U.S. Supreme Court decided a property rights case that overturned decades of precedent.

A sharply divided U.S. Supreme Court ruled Friday that property owners can go directly to federal court with claims that state and local regulations effectively deprive landowners of the use of their property.

The 5-4 decision overturned decades of precedent that barred property owners from going to federal court until their claims had been denied in state court.

Federal courts are often viewed as friendlier than state courts for such property claims. The decision, with all five of the court's conservatives in the majority, may have particular effects in cities and coastal areas that have strict regulations for development.

Property owners and developers often have complained that zoning rules and other state and local regulations effectively take their property for public benefit, and that the Constitution requires that they be paid just compensation.

The court's decision came in the case of Rose Mary Knick, who owns 90 acres of land in Scott Township, Pa. Knick's home and a grazing area for her horses are on the land, as well as a small cemetery where her neighbors' ancestors are allegedly buried.

On Friday, however, the U.S. Supreme Court reversed the first of those decisions, a 1985 ruling that required property owners to take their complaints to the state courts first. Instead, the court majority said Knick and other property owners seeking compensation for limits on their property rights may go directly to federal court.

"We now conclude that the state litigation requirement imposes an unjustifiable burden" on a property owner's claim that his or her land has been effectively taken for public benefit without the government paying just compensation, wrote Chief Justice John Roberts.

In essence, Roberts said, property owners are entitled to the same rights in federal court that other citizens have if they can prove that their constitutional rights have been violated.

Justice Elena Kagan, joined by the court's three other liberal justices, dissented in furious tones. Friday's decision, she said, "rejects far more than a single decision in 1985." That decision, Williamson County Regional Planning Commission v. Hamilton Bank of Johnson City, "was rooted in an understanding of the Fifth Amendment's Takings Clause stretching back to the late 1800s, Kagan wrote.

Is The Supreme Court About To Give Haters Of The 'Deep State' What They Want?

On that view, a government could take property so long as it provided a reliable mechanism to pay just compensation, even if the payment came after the fact," Kagan said, adding, "No longer."

In conflict with "precedent after precedent," she said, the majority holds that a government violates the Constitution whenever it takes property without advance compensation, no matter how good its commitment to pay. The consequence, she added, is "to channel a mass of quintessentially local cases involving complex state-law issues into federal courts."

The "entire idea" of abiding by precedent, she said, is that "judges do not get to reverse a decision just because they never liked it in the first instance." Rather, she said, they need a reason other than that the precedent was wrongly decided.

"It is hard to overstate the value, in a country like ours, of stability in law," said Kagan, pointing so a similar observation by one of her colleagues just weeks ago.

On May 13, Justice Stephen Breyer chastised his conservative colleagues for reversing a precedent on a question that rarely arises: "Today's decision can only cause one to wonder which cases the Court will overrule next."

"Well that didn't take long," opined a caustic Kagan. "Now one may wonder yet again."