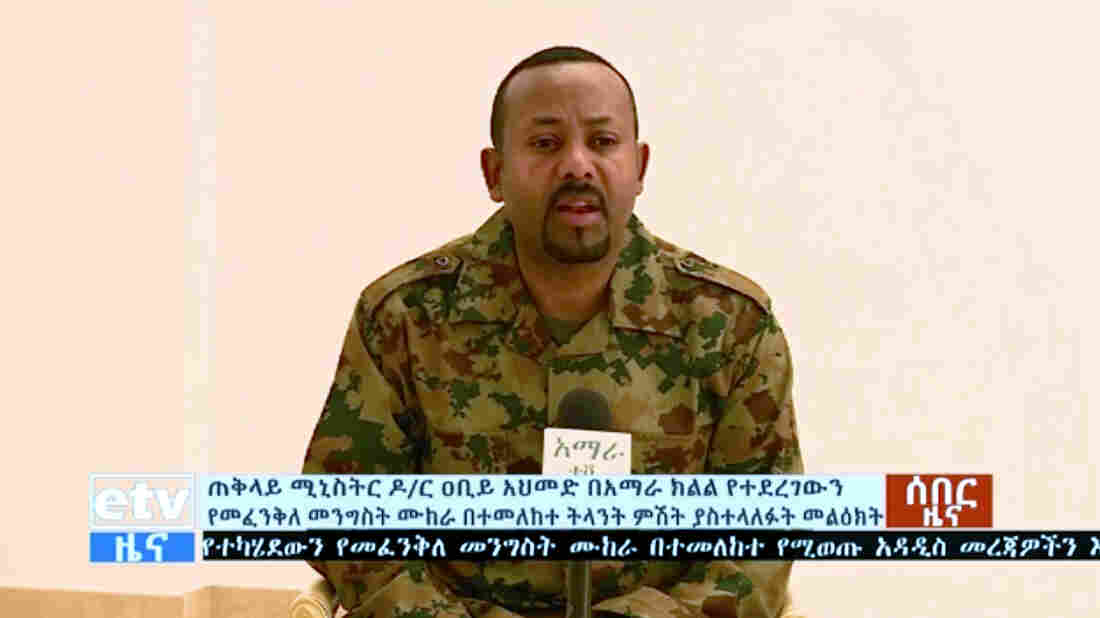 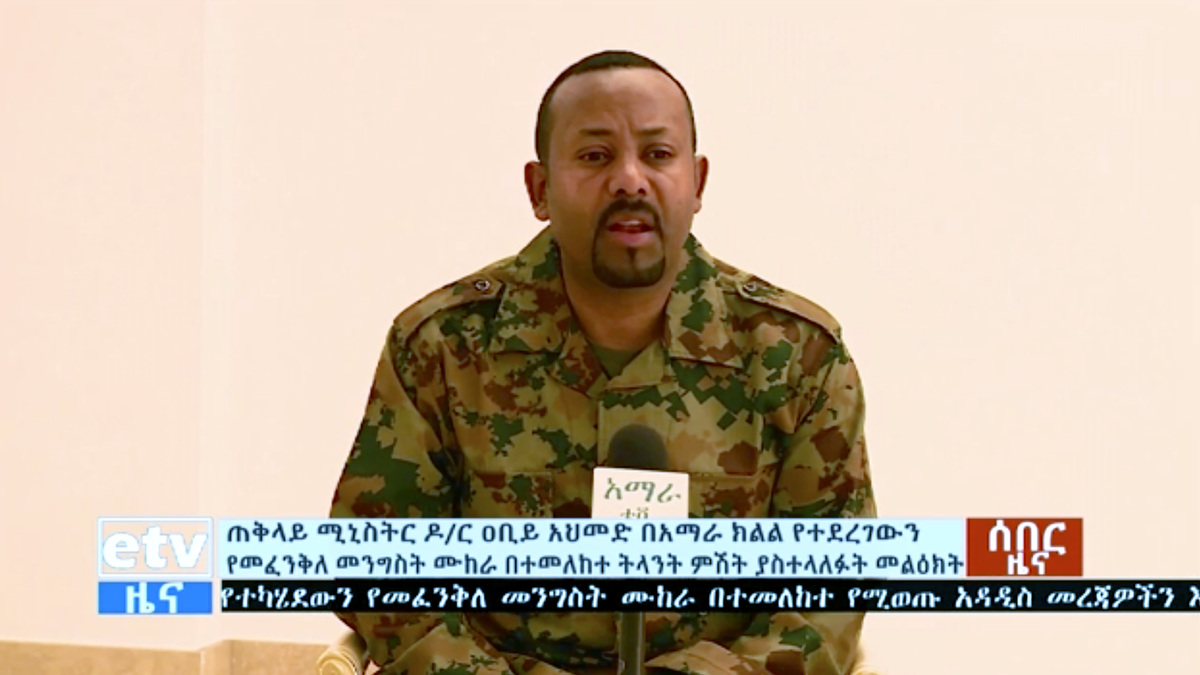 Ethiopia's Prime Minister Abiy Ahmed announces on television that an attempted coup occurred over the weekend.

Abiy, the first member of Ethiopia's Oromo ethnic group to lead the country, took to state television wearing military fatigues. He urged for calm as he addressed the nation about the killings.

The chief of Ethiopia's armed forces, Gen. Seare Mekonnen, was fatally shot at his home on Saturday night by his bodyguard in the capital of Addis Ababa, he said. A retired general who was visiting Seare was also killed.

The killings came hours after a violent attack rattled Ethiopia's north. Armed forces tried to take over the regional government of Amhara. The region's governor, Ambachew Mekonnen, was killed in the city of Bahir Dar during a meeting in his office with his senior adviser.

Seare, the army chief, was planning a response when his bodyguard shot him. The government is now saying it believes the two attacks are linked.

In a statement issued Sunday, Abiy's office blamed Brig. Gen. Asaminew Tsige for orchestrating the attempted coup. In 2018, he was given amnesty and released from prison, according to the prime minister's office. He had been working as the head of the Amhara regional government's Peace and Security Bureau prior to the attack.

In a video that circulated on social media days before the attack, the brigadier general told the Amhara people to grab their weapons, according Reuters.

The U.S. State Department said Saturday it was aware of reports of gunfire in Addis Ababa and advised staff to shelter in place.

Billene Seyoum, a spokesperson for the prime minister, told reporters at a news conference on Sunday that "the situation within the Amhara region is currently under 100% in control." Several people suspected of involvement in the attacks were taken into custody, and more arrest operations were underway.

Before he was sworn into office, Abiy promised sweeping reforms to curtail government oppression. Since then, he has ushered in a series of changes that international human rights observers and activists have embraced: releasing thousands of political prisoners, allowing dissidents to return home, removing barriers for political parties, unblocking censored sites and ending a 20-year war with Eritrea. He also named women to half of Ethiopia's cabinet positions and appointed the country's first female president.

Ethiopia Gets Its 1st Female President

But the uprising that brought him to power, following large protests over human rights abuses and political inequality, also led to a weakening of federal and state institutions. Long-simmering ethnic tensions have risen outside of the former regime's authoritarian grip, resulting in violent clashes and widespread displacement. Nearly 3 million new displacements were recorded in 2018, the highest figure in the world, according to the Geneva-based Internal Displacement Monitoring Centre.

Tibor Nagy, assistant secretary for the U.S. Department of State's Bureau of African Affairs, commented on what spurred the attacks. "There are vestiges of the old regime in power," he told reporters. "Some of the elites are very unhappy with some of the reforms."

He added that Abiy "has an incredible number of issues he has to deal with."