Accessibility links
Sommaroy, Norway, Petitions To Become Time-Free Island Can time become a thing of the past? An island that sits north of the Arctic Circle enjoys 70 days of unending sunlight, and its residents argue that time is meaningless there. 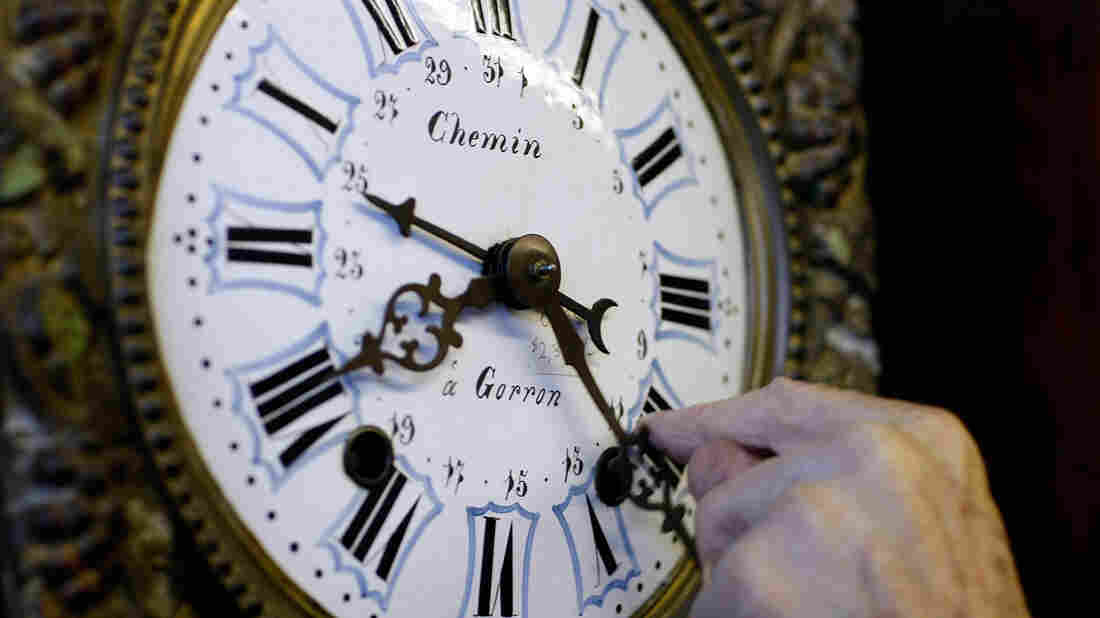 A man adjusts his clock during daylight saving time. The Norwegian island of Sommaroy, which sits north of the Arctic Circle, enjoys unending sunlight from May 18 to July 26, and its residents argue that time is meaningless there. Joe Raedle/Getty Images hide caption 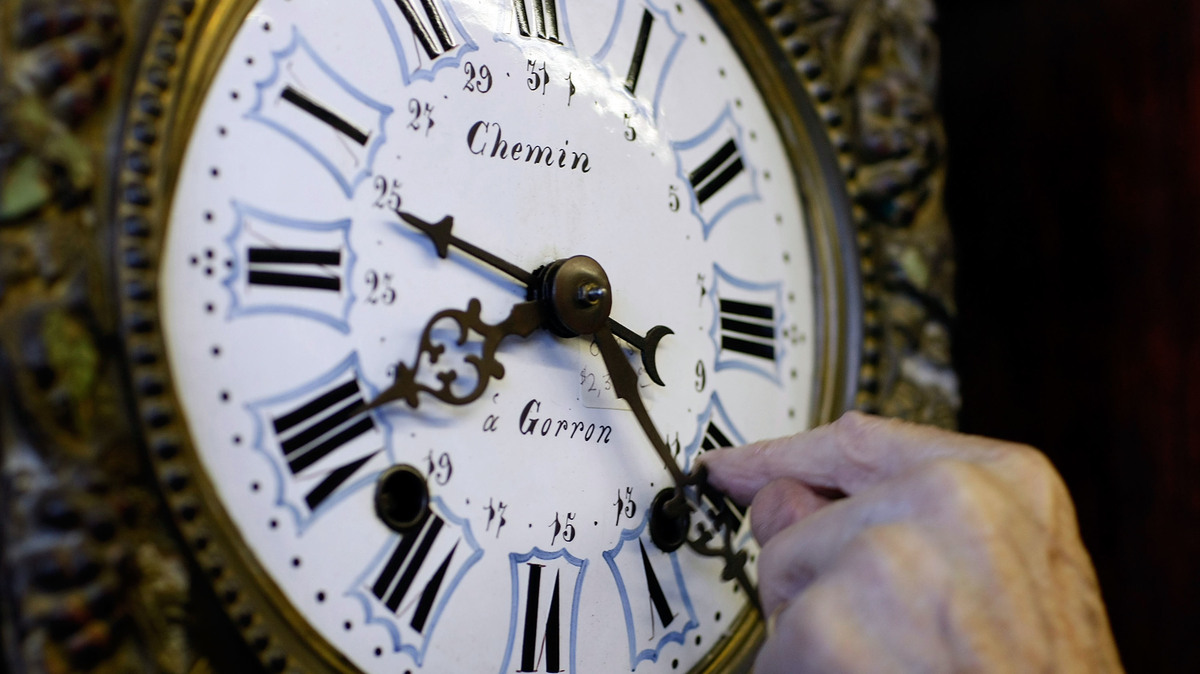 A man adjusts his clock during daylight saving time. The Norwegian island of Sommaroy, which sits north of the Arctic Circle, enjoys unending sunlight from May 18 to July 26, and its residents argue that time is meaningless there.

Editor's note: We got duped. After this story was published, a press official for the Embassy of Norway in Washington, D.C. contacted NPR to let us know that the campaign by residents on the Norwegian island of Sommaroy to do away with timekeeping was "a well-planned PR stunt aimed at getting more tourists to northern Norway." The stunt "certainly fooled me," said the official, Jon-Åge Øyslebø. For his part, Kjell Ove Hveding, an organizer of the effort, told The New York Times, "It is not a joke, it is something that we seriously want."

It's midnight in Sommaroy, but the sun is still shining on this Norwegian island. The clock strikes 12, but the island's residents are playing, working, fishing and socializing. Nighttime commands sleep, but Sommaroy doesn't want to listen.

If the 350 residents of Sommaroy get their way, the clocks will stop ticking and the alarms will cease their noise. A campaign to do away with timekeeping on the island has gained momentum as Norway's parliament considers the island's petition.

"Why do we need time and clocks when there is no night?" reads the campaign's Facebook page. During a 70-day period leading up to and following the summer solstice, from May 18 to July 26, darkness never falls across the sky.

"There's always less wind at night here, perfect to paint the garage. Fishermen are out half the night, after all. If we get tired, we're fit to go after a nap on the sofa. Why don't we just sign out of time, throw away all the clocks and forget about them? Life would be so much easier," the Facebook post continues.

Time Is Constant, But How We Perceive It Varies

Time Is Constant, But How We Perceive It Varies

Kjell Ove Hveding spearheaded the No Time campaign and presented his petition to a member of parliament on June 13. During the endless summer days, islanders meet up at all hours and the conventions of time are meaningless, Hveding says.

He wants to formally eradicate time and boost residents' flexibility.

"When people in the government of Norway are talking about wintertime and summertime and moving the clock, we have a good laugh up here," Hveding says.

Currently, when visitors cross the bridge into Sommaroy, they see a railing covered in wristwatches. The island is sending a clear message to tourists as it petitions to make "time a thing of the past."

"Now, we make signs for every house in the village," Hveding says. "Whenever you put out the sign, all people who see the sign can knock on your door and say, 'I see the sign. I know that we are most welcome.' And that is the way of living, and we love it."

Do You Wish Time Would Slow Down?

Because Sommaroy spends November to January in darkness, residents sleep less in the summer and want to spend their newfound daylight time accordingly.

"We want to spend more time just being alive," said Hveding on behalf of the island's residents.

"Here, you don't need to tell the kids to come in before it gets dark, because if you do that, you will not see them before August," Hveding says. "That is a funny way of living."

NPR's Peter Breslow and Barbara Campbell produced and edited this story for broadcast.

An earlier version of this story mistakenly said that during the 69 days following the summer solstice, from May 18 to July 26, darkness never falls across the sky in Sommaroy. Actually, that time period leads up to and follows the summer solstice and is 70 days.