Accessibility links
First Democratic Debate: Will Elizabeth Warren Shine? Plus 7 More Questions Twenty candidates will take the stage over two nights in Miami this week. With front-runner Joe Biden under pressure, can another candidate, like Elizabeth Warren, make the most of the opportunity? 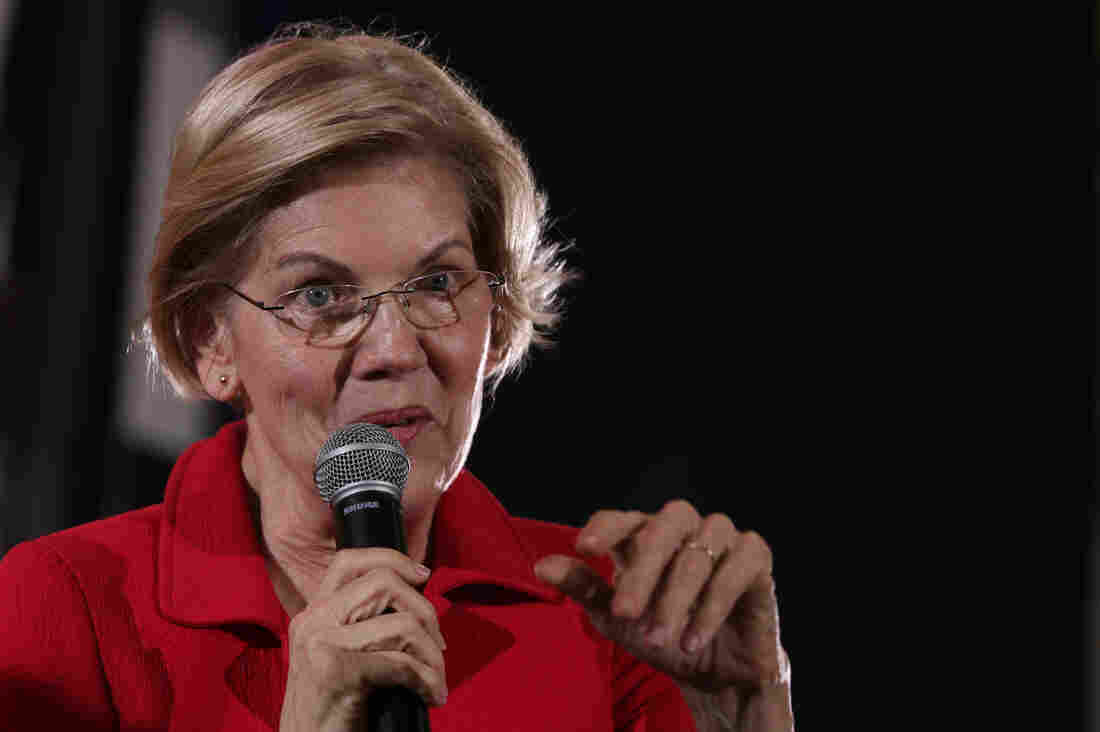 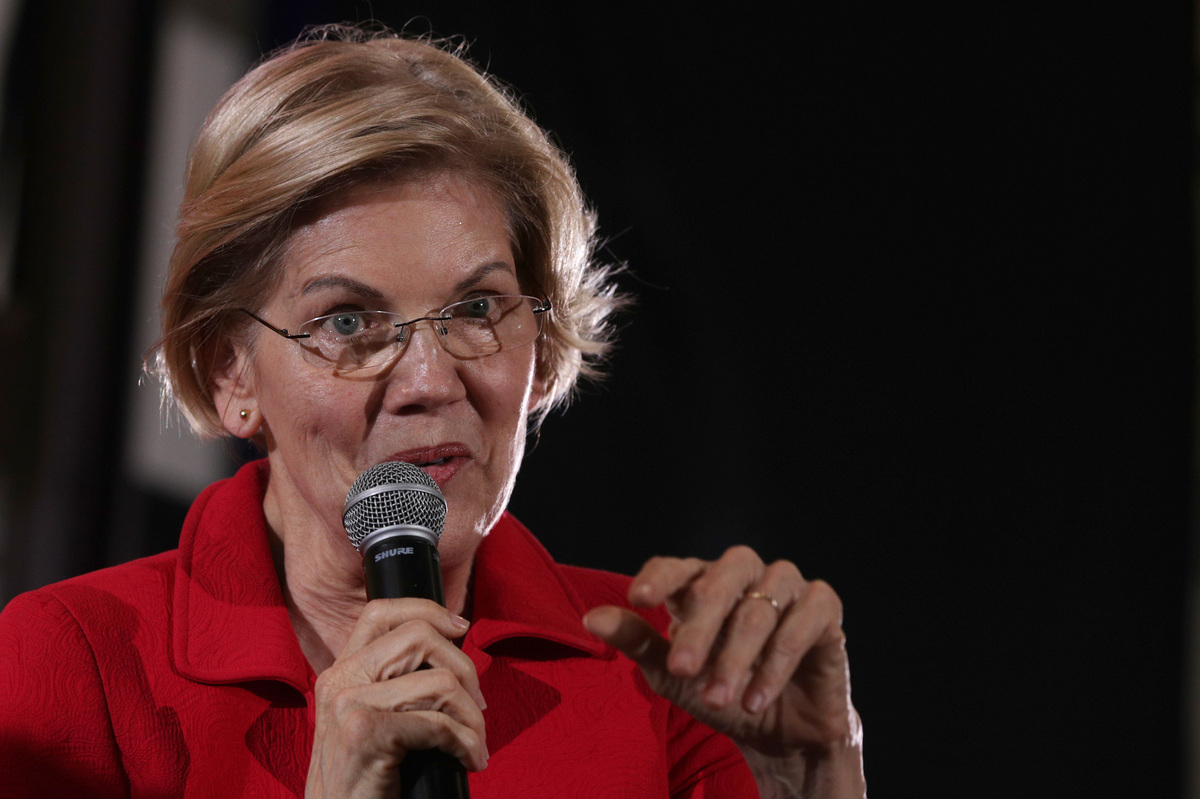 For millions of Americans, this week's debates will be their introduction to many of the almost two dozen Democrats running for president, vying for the chance to try to unseat President Trump next year.

Twenty of the candidates will debate over two nights — Wednesday and Thursday — in Miami on NBC, MSNBC and Telemundo. Some lesser-known candidates will be hoping for a boost, and those who are better-known have pressure on them to perform.

Here are eight questions we have ahead of those debates:

1. Will Biden stand up to the scrutiny?

Last week revealed the weaknesses of former Vice President Joe Biden as a candidate. Even before Biden got in the race, Democratic strategists worried about his lack of discipline, his need to rely on big donors and his stamina. All three were highlighted last week with his unforced error while speaking at a fundraiser; he invoked segregationist senators with whom he disagreed but worked with, as an example of how he can be civil and get things done.

Biden could have referenced more recent — and certainly less controversial — examples of bipartisanship. Instead, he reached back 40 years and used language that a lot of people found offensive while doing so. Among them were presidential candidates Sens. Cory Booker of New Jersey and Kamala Harris of California, who are both black.

Civil rights icon John Lewis, the congressman from Georgia, defended Biden, saying he didn't think that what he said was offensive and noting that many in the civil rights movement had to work even with members of the Ku Klux Klan.

VIDEO: Rep. John Lewis with a powerful defense of @JoeBiden: "I don't think the remarks are offensive. During the height of the civil rights movement we worked with people and got to know people that were members of the klan...We never gave up on our fellow human being..." pic.twitter.com/NvkmurjsBG

But Biden can't afford these kinds of miscues, and it wasn't the first this cycle. The debate spotlight is going to be bright, and he's got fences to mend and a candidacy to right.

2. Is the debate an opportunity or danger zone for Bernie Sanders? 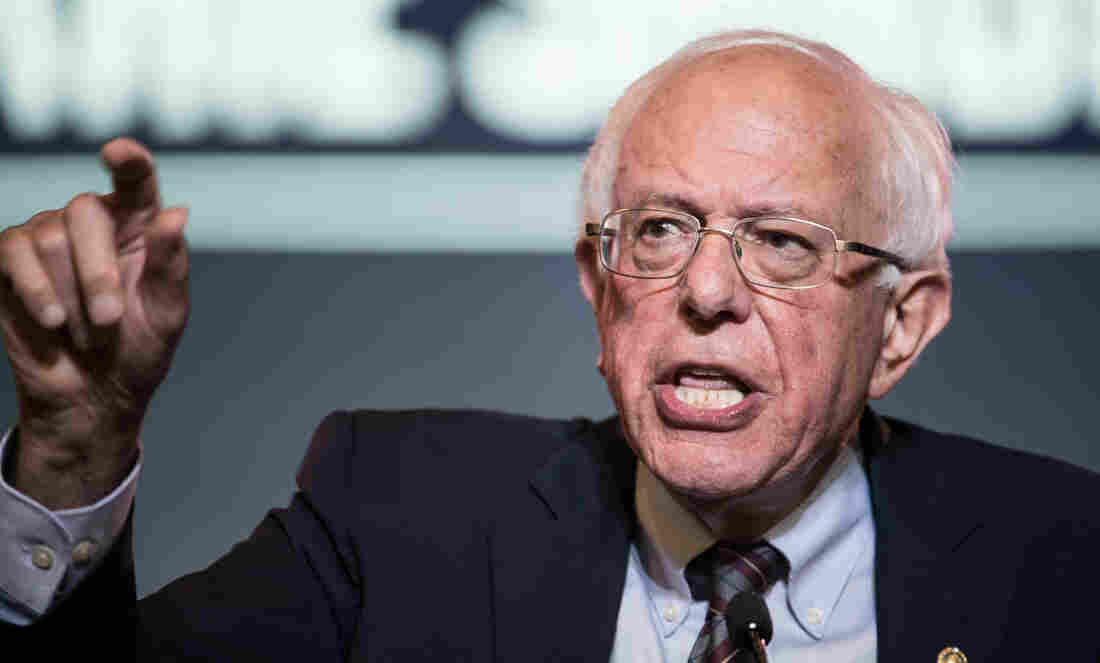 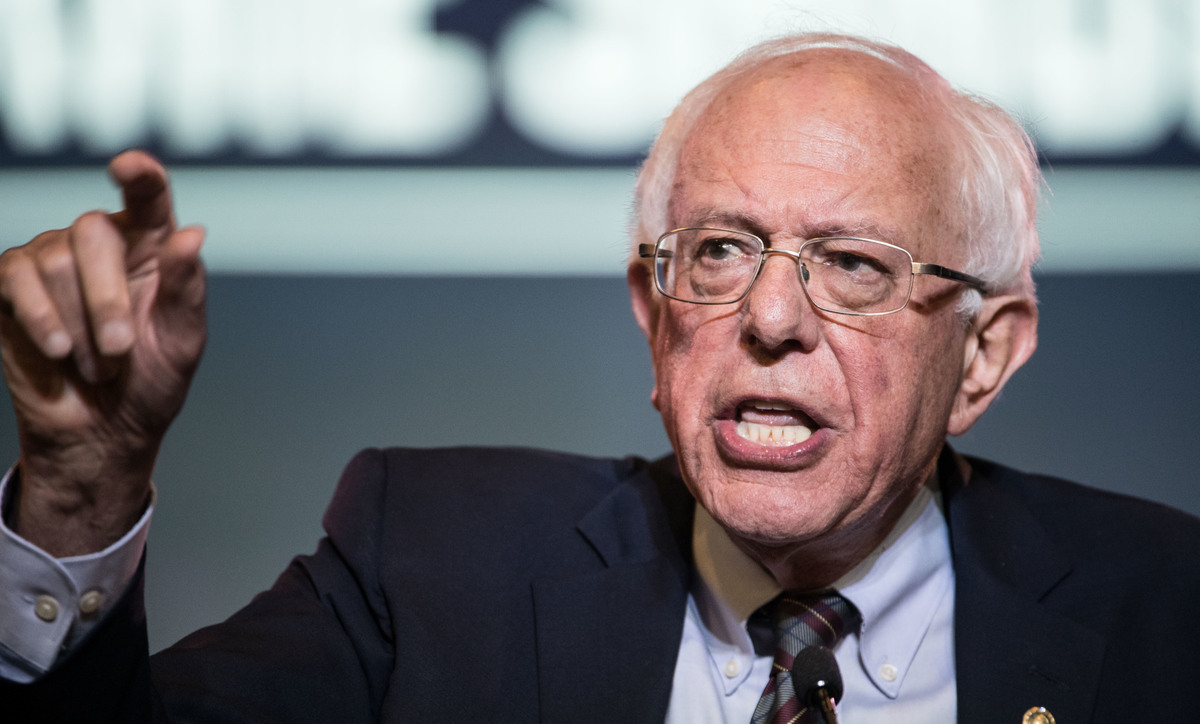 Bernie Sanders got what he wanted — to be onstage with Biden (they will debate on Night 2). It is Sanders' chance to make the case that what's needed is wholesale change, not simply Biden's call for a return to "normalcy."

But the Vermont senator's biggest worry might not be Biden at all. Elizabeth Warren has been surging lately and taking up the progressive lane, too. She's in the first debate and won't be onstage with Sanders, Biden, Harris or South Bend, Ind., Mayor Pete Buttigieg. If Warren does well on Night 1, the pressure will be on Sanders even more.

3. Does Warren make the most of commanding the stage?

In the first debate, Warren is the star to watch. She's the highest-profile name, and she has impressed voters on the campaign trail with her hustle and plan-for-everything approach.

Being onstage that first night has its pros and cons for Warren. On the one hand, she's leveled a case against Biden, and not being on the stage with him risks that she doesn't get as much of the spotlight. On the other hand, she'll have the chance to stand on her own without the distraction of the Biden-Sanders standoff sucking up the oxygen. And her strength on policy might serve as a stark contrast to the second-biggest name onstage that night: ex-Rep. Beto O'Rourke of Texas.

Warren has a serious opportunity in these debates. With Biden feeling the pressure and Sanders hearing her footsteps, the Massachusetts senator has the chance to really stand above the field.

4. Can Harris and Buttigieg stand out? 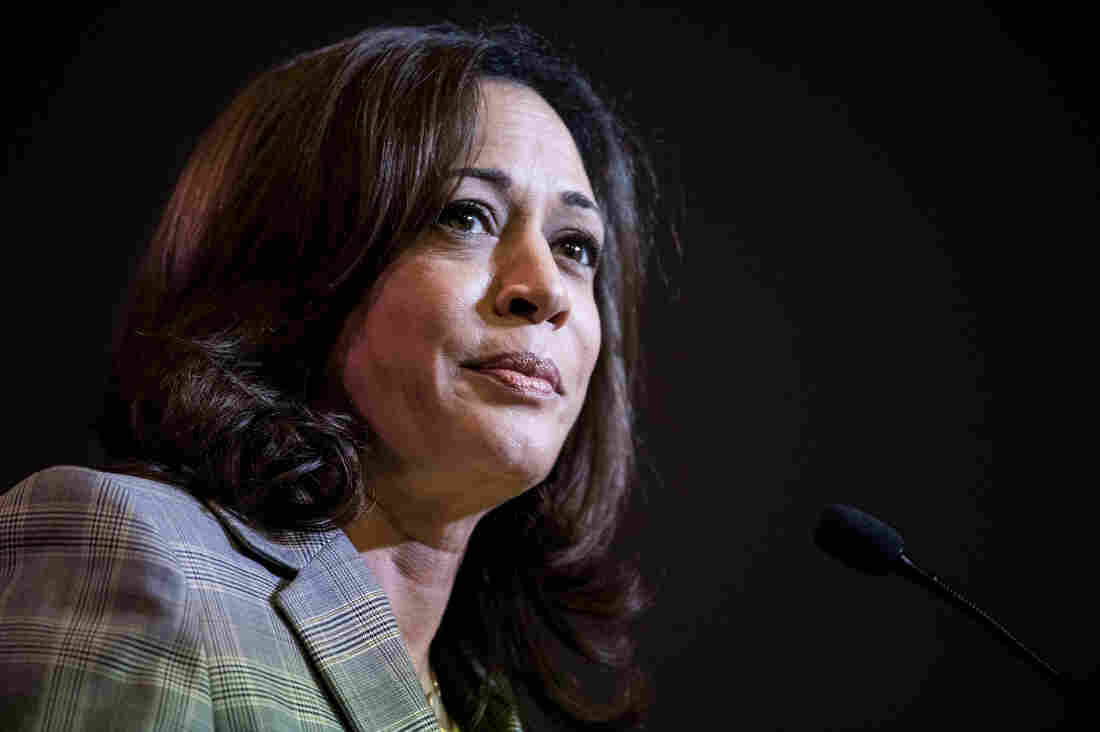 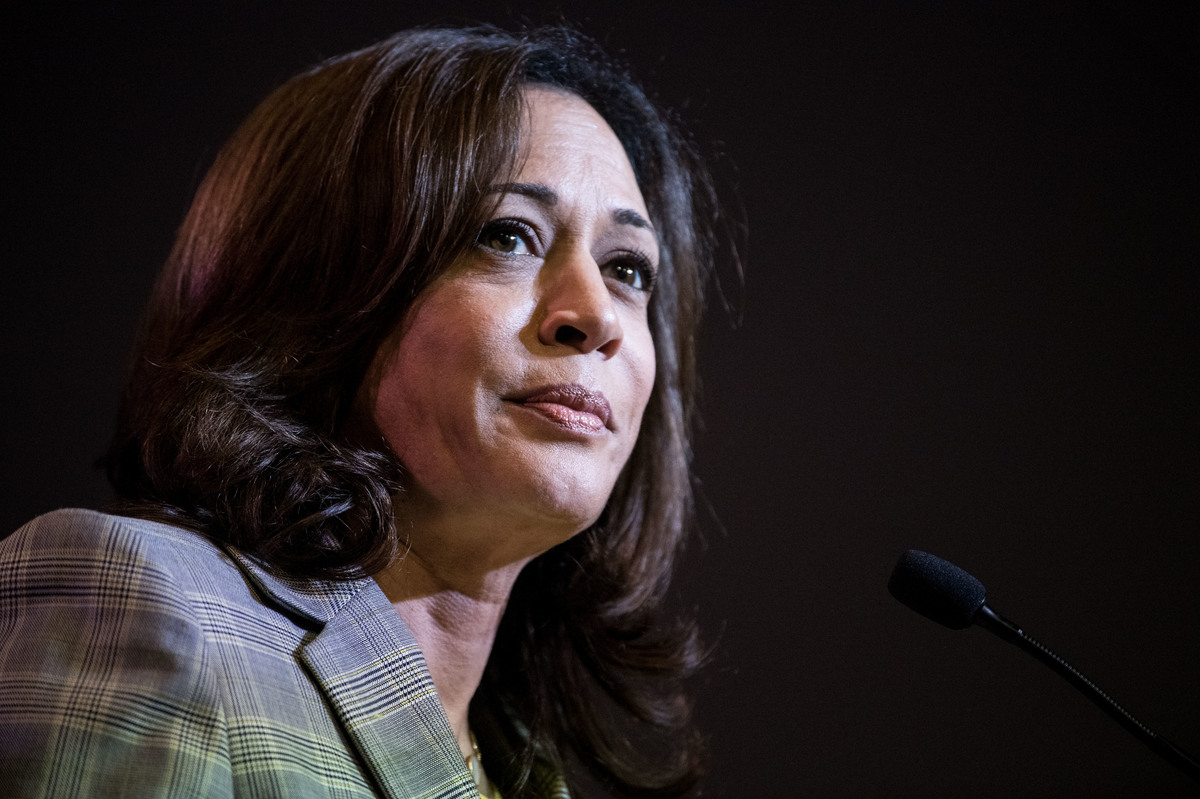 There's also a chance for Kamala Harris and Pete Buttigieg to pop for a national audience. Harris had a strong rollout of her campaign but hasn't taken off since. She made her mark as a national figure last year while grilling Brett Kavanaugh during his Supreme Court confirmation hearings. Harris has shown she's good at asking questions; now, can she do as good a job answering them?

Buttigieg, who has been off the trail to deal with the fallout from the fatal shooting of a black man by a white police officer in South Bend, has had a somewhat improbable rise. Now he has an opportunity to take his vision of generational change to his widest audience yet. But he's probably going to have to answer questions about his handling of the police shooting first, when he has, so far, struggled to win over voters of color.

5. Do the pragmatists or progressives win out?

Liberal activists want BIG change, especially in the Trump era. But this debate will reach Democrats and other voters who have been less engaged up to this point and might prefer a more pragmatic approach. 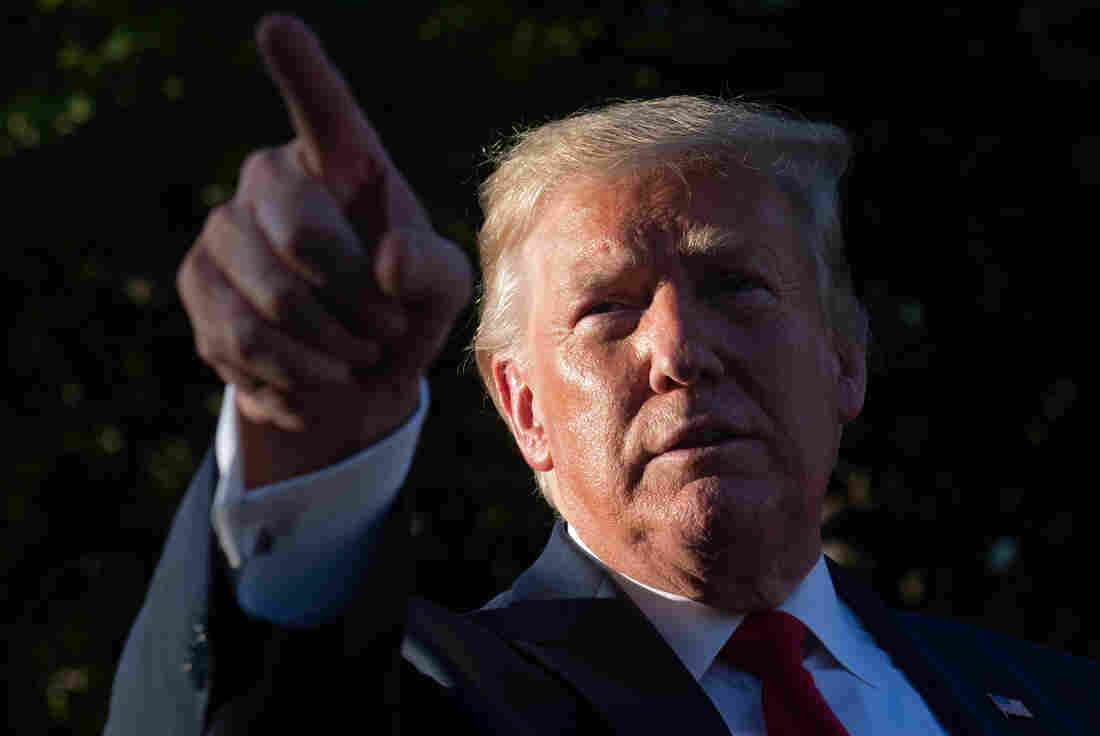 President Trump won't be onstage with Democrats during the debate, but his policies might be front and center. Saul Loeb/AFP/Getty Images hide caption 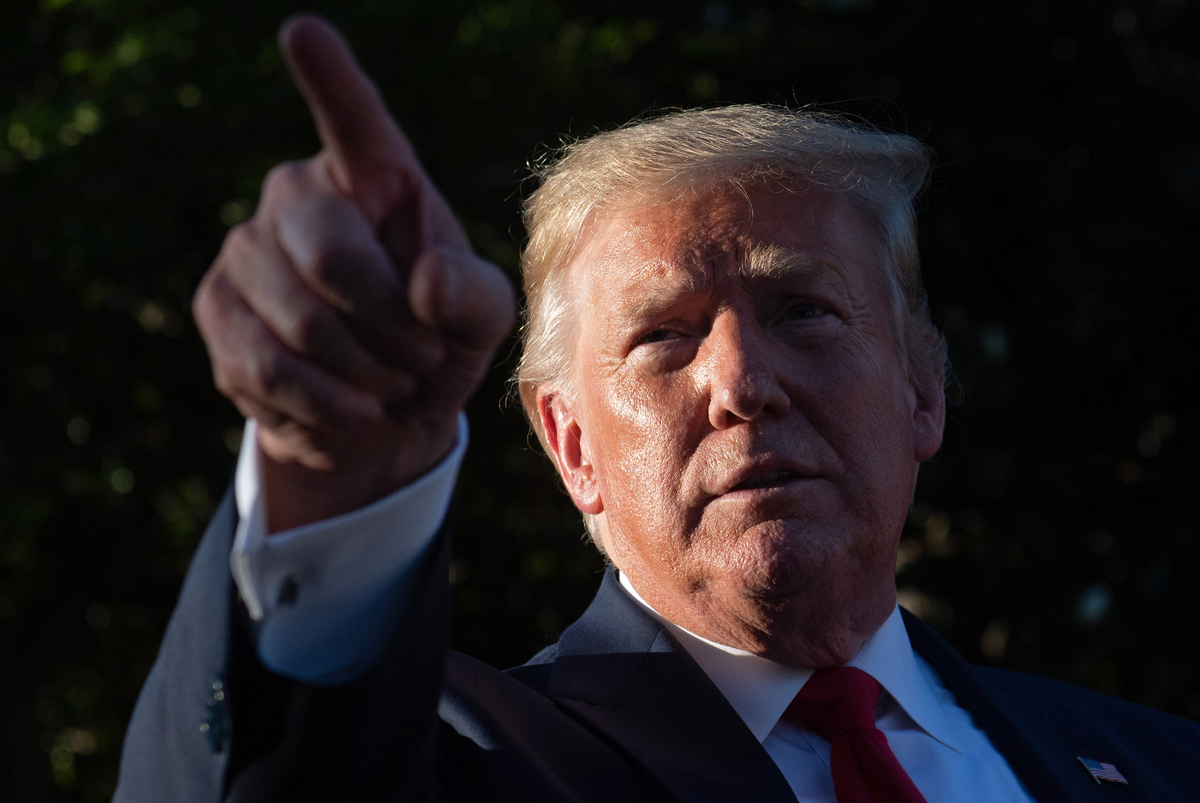 President Trump won't be onstage with Democrats during the debate, but his policies might be front and center.

The president is front and center for Democratic voters, who say what they want most is someone who can beat Trump. And reelection campaigns are, first and foremost, referenda on the person in office.

How much then are his policies the focus of moderators and candidates versus these candidates' policies? The candidates have to be careful to pivot back to their own visions, while simultaneously showing why they are best to take on Trump.

Health care, climate change and money in politics have been among the biggest issues in the Democratic primary fight so far, but remember that these candidates are vying to be commander in chief against an incumbent president.

They are likely going to have to show themselves worthy of being in charge of the world's largest military and keeping America safe. Iran shooting down a U.S. drone — and Trump's apparent last-minute decision not to conduct counterstrikes — will make foreign policy questions much more likely. How do the candidates respond? It's tricky for many of them — both those with dovish tendencies and those more from the "realist" camp.

Democratic Presidential Field Will Look A Lot Smaller By September

8. Who will stick in voters' minds?

With this many candidates, the amount of time each gets is limited, but each one will want to be the candidate people are talking about the next day. They will all likely prep zingers or one-liners intended to claim the 30-second soundbite that gets repeated on a loop on cable news.

Who will it be? There are plenty who are capable.