Accessibility links
'Years And Years' Review: This Imagined Future Says Plenty About The Present The six-part BBC series airing on HBO follows one British family over the course of 15 years of upheaval, beginning in 2019. The unsettling show imagines the dismal future that liberals fear. 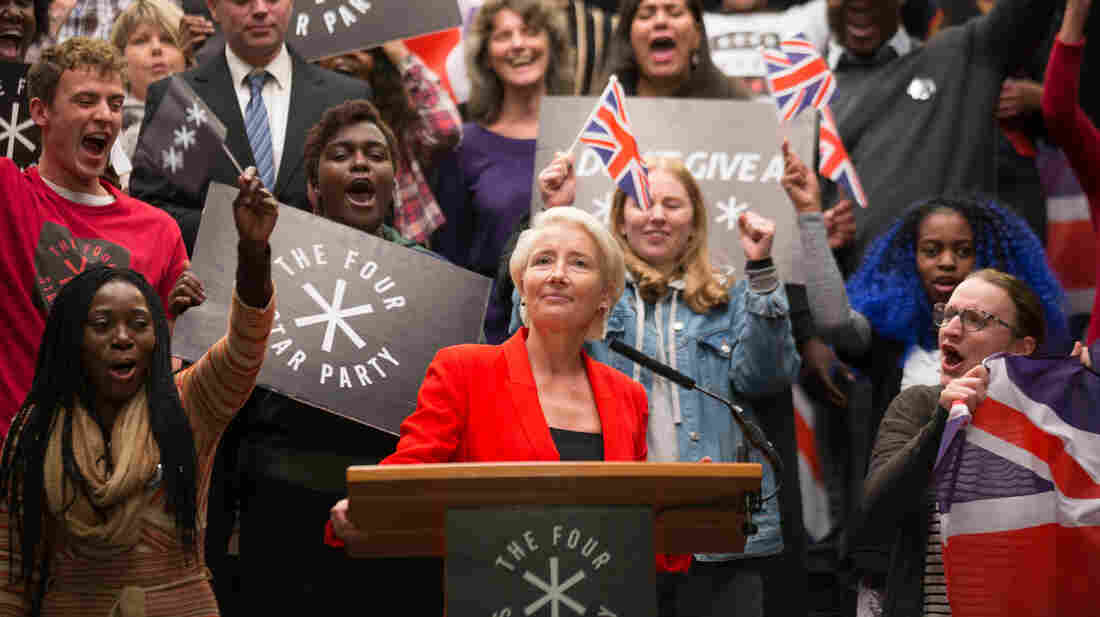 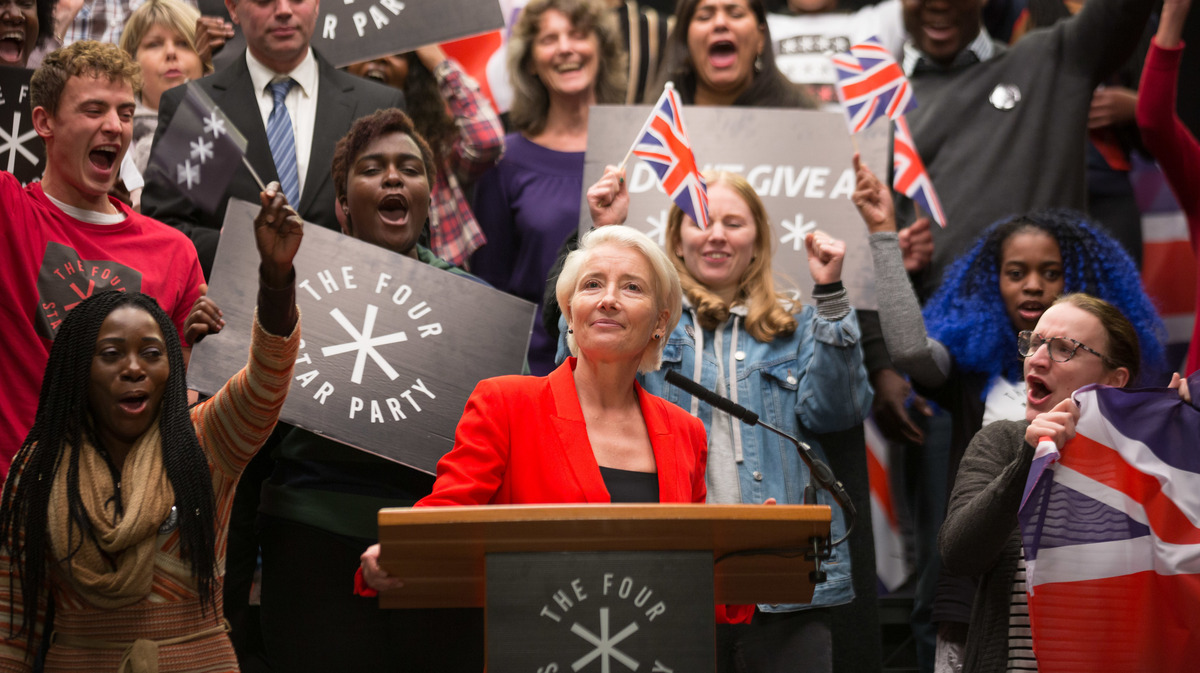 Things are looking bright for pessimists these days — the world has caught up with their sense of gloom. Well over half of those living in the developed world think their countries are heading in the wrong direction, away from the prosperity and stability that people over age 40 once took for granted. Be it climate change, financial collapse, terrorism, political gridlock or the ceaseless psychic tasering of social media, ordinary people often feel caught in a reality that's spinning out of control.

Such a feeling underlies the rip-roaring BBC show Years and Years airing on HBO. With hints of everything from Black Mirror to The Handmaid's Tale to The Apprentice, this six-part family saga gazes through a crystal ball to tell a darkly unsettling tale about how history affects individual lives. The action begins right now, in 2019, and carries us 15 years into the future. 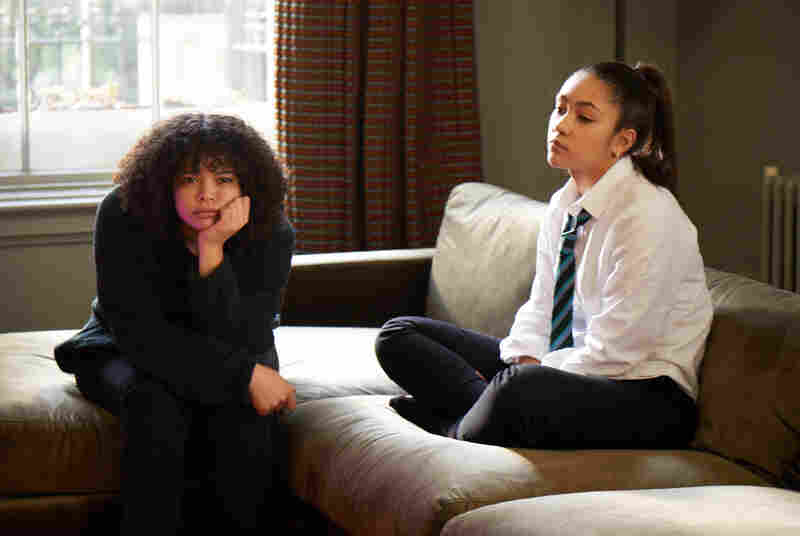 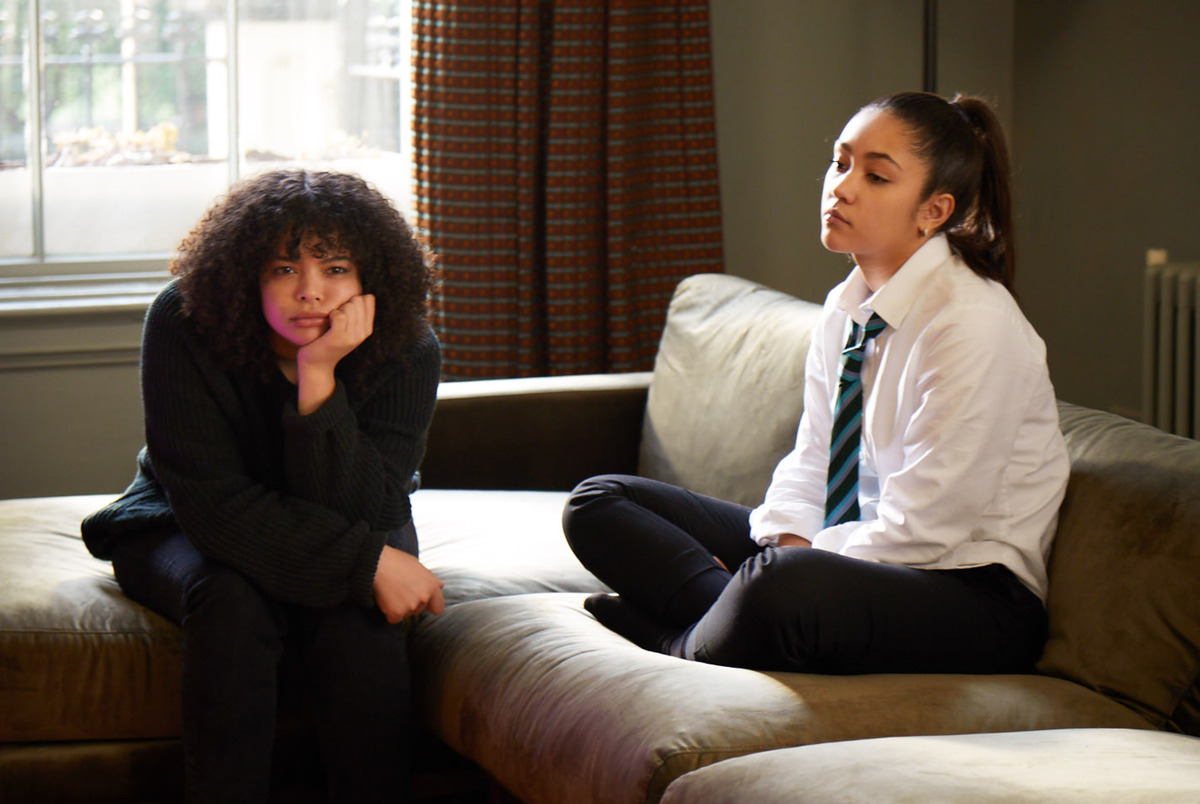 The story centers on the Manchester-based Lyons family. The eldest brother Stephen Lyons (Rory Kinnear) is a prosperous financial planner married to Celeste Bisme-Lyons (T'Nia Miller), a successful accountant with whom he has two daughters. He has a gay younger brother, Daniel (Russell Tovey), who works for the Manchester city government, and two younger sisters. There's earnest Edith (Jessica Hynes), who's a globetrotting social activist, and the rousing Rosie (Ruth Madeley), a blue-collar single mom with spina bifida. On holidays they visit the home of their redoubtable grandmother (Anne Reid), who lives in — metaphor, anyone? — a big old house in serious need of repair.

As the show begins, they're simply going about their lives. But history soon starts roaring around them like a hurricane. Donald Trump is re-elected and begins a nuclear stare-down with China. Vladimir Putin takes over Ukraine, and refugees pour into Britain. Banks begin to wobble, political parties dither, and Britain watches the rise of Vivienne Rook — played by a terrific Emma Thompson — a plain-speaking businesswoman turned populist politician who owns her own TV network. Some of the Lyons find Rook a breath of fresh air; the others think she's Satan.

Years and Years is the brainchild of Russell T. Davies, who's well-known in Britain for his smart resurrection of Dr. Who in 2005 and his landmark series Queer as Folk. Here, Davies is less interested in inventing an imaginary dystopia than in taking the world we now inhabit — with Brexit, refugees, Putin, Siri, etc. — and spinning a vision of how things will play out in daily life. As huge and terrifying things happen, fortunes crumble and rise, love affairs flower for good and ill and young people embrace transhumanism — while some of their elders meet death.

The whooshing cultural changes — and the family's plucky adjustments to them — make Years and Years addictive, doubly so as the show boasts one of those crack British casts so well trained in realism. The actors keep the dizziest events anchored in common experience, and Davies is brilliant at finding real emotion in fanciful circumstances.

Of course, depictions of the future often prove to be profoundly wrong, as those still waiting for their flying cars can attest. Indeed, speculative fiction usually tells us more about the present than the future. That's true here. Despite some witty doodles around the margins, Davies' dire sense of the next few years isn't exactly revelatory. He basically extrapolates from today's big issues, be it refugees, fervent nationalism, fake news, or the collapse of traditional political parties. At times, Davies falls into what George Orwell called the trap of believing that what's happening now will keep happening forever.

Steeped in liberal paranoia, Years and Years skillfully captures how the world now feels to folks like Davies who voted against Brexit, fear Donald Trump, and dread that the tolerant, democratic, globalized social order of the late 20th century is collapsing around them. But whether or not you share Davies's politics, you will almost certainly find the show chilling and identify with the Lyons family's struggles to understand, and survive, forces they can't begin to control.