Accessibility links
Trump's Mideast Economic Peace Plan Rejected By Palestinian Leaders, Panned By Former Diplomats The White House unveiled its economic peace proposal for Palestinians on Saturday: $50 billion for Palestinians and countries in the region. It isn't clear who would contribute the funding. 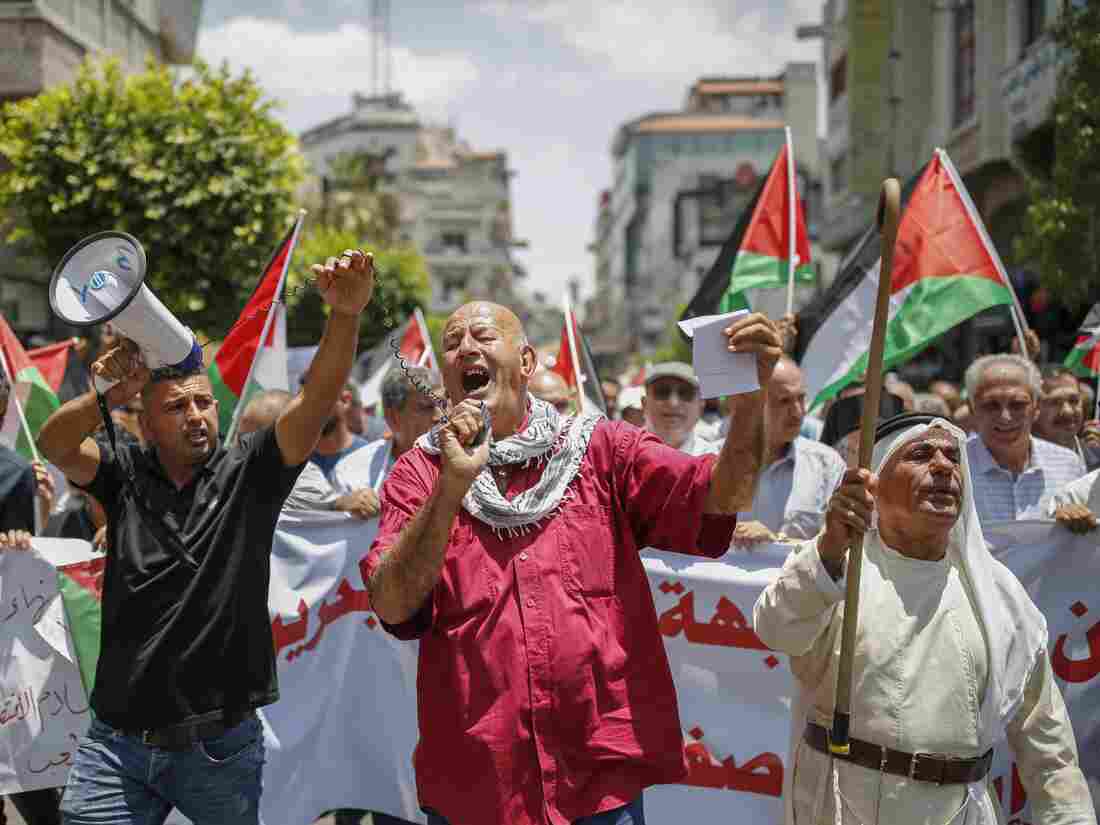 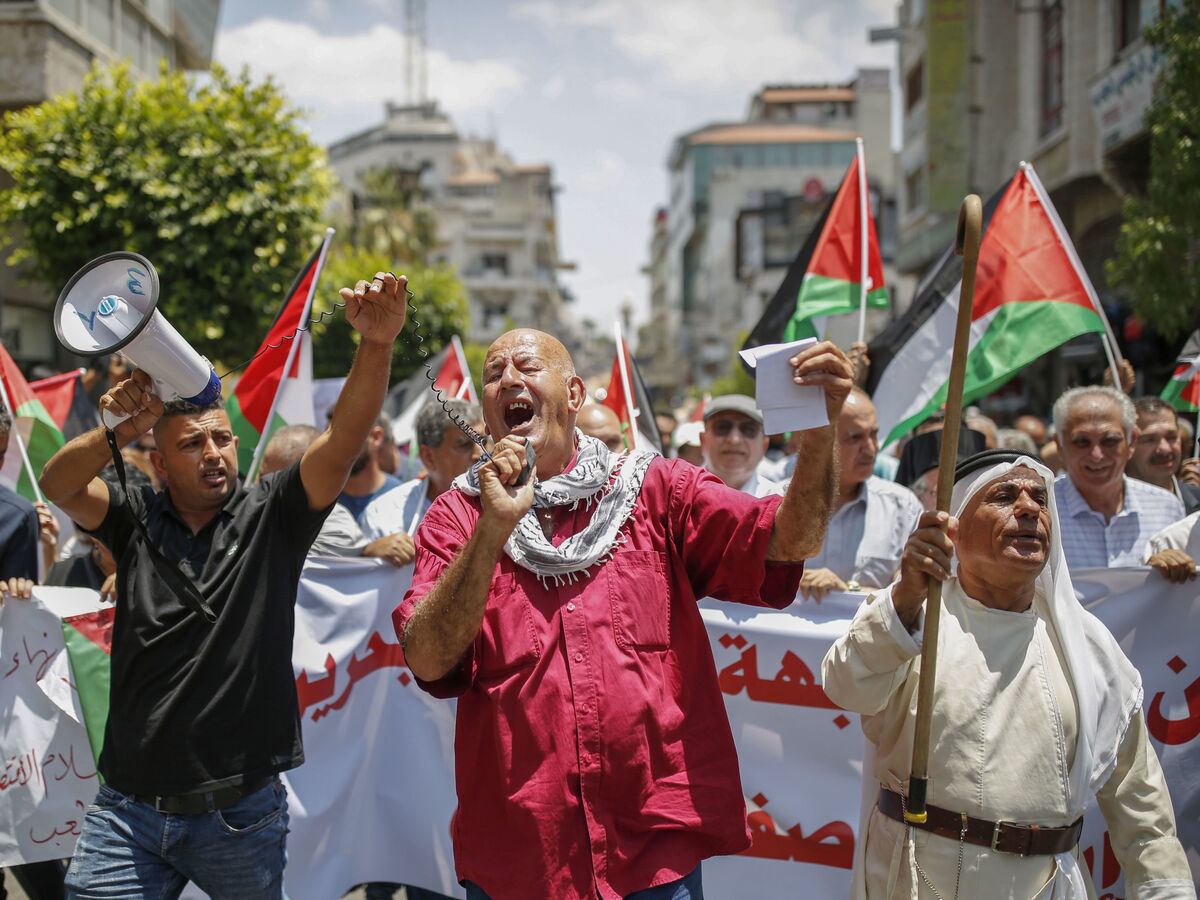 The White House on Saturday published one-half of its long-awaited Israeli-Palestinian peace plan — a multibillion-dollar proposal to upgrade the Palestinian economy. The Palestinian leadership has already rejected it, and so far, it has been widely panned by former U.S. envoys and Mideast policy experts.

The proposal, presented on the White House website ahead of a conference this week in Bahrain to promote the Trump administration's peace plan, features slick promotional language, billing it as a kind of Marshall Plan and "the most ambitious and comprehensive international effort for the Palestinian people to date."

According to the proposal, drafted by White House senior advisor Jared Kushner and his peace team, if a comprehensive peace agreement is reached, a $50 billion international fund would be set up. More than half the money would be allocated for the West Bank and Gaza's infrastructure and economy, with the goal of creating 1 million Palestinian jobs and doubling the Palestinian GDP within a decade. The rest of the money would go to increasing trade, exports and foreign direct investment in neighboring Egypt, Jordan and Lebanon. 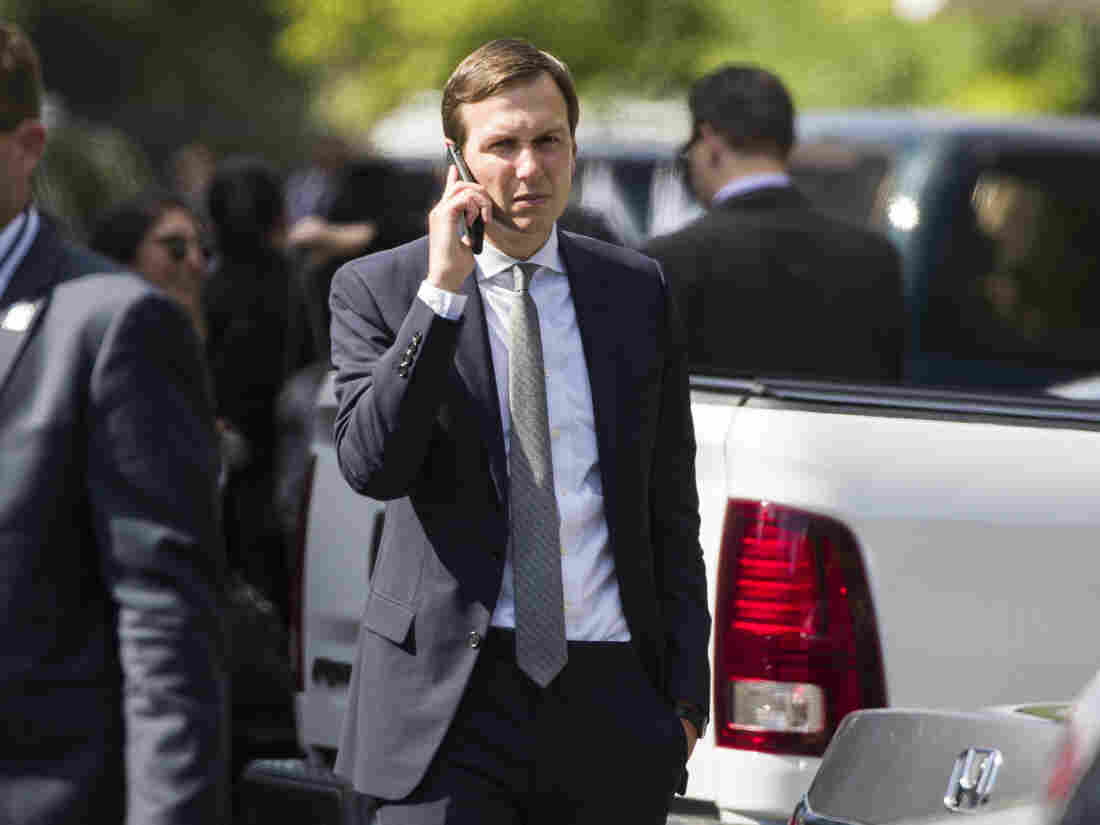 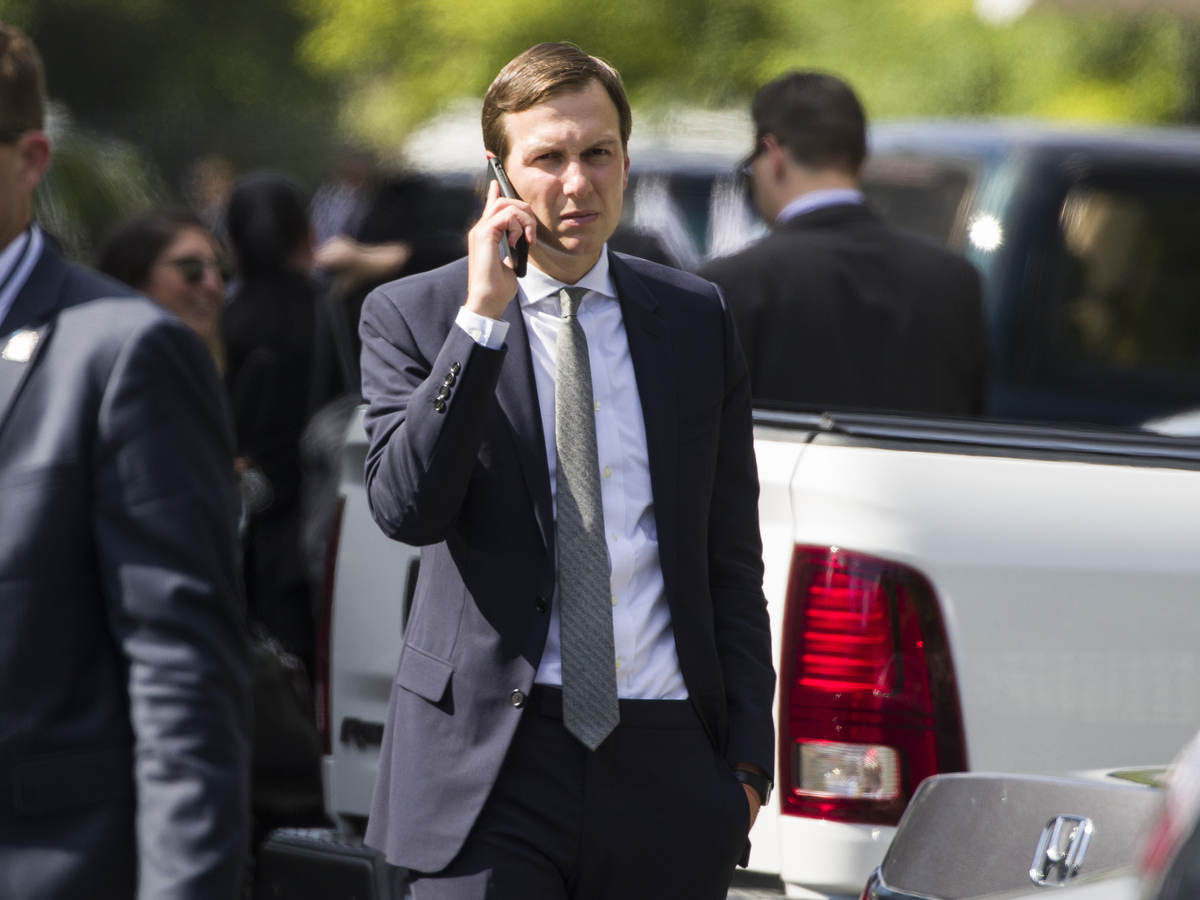 White House senior adviser Jared Kushner has called the proposal the "opportunity of the century."

It is unclear who would contribute the funding. On Tuesday, Kushner is scheduled to convene a workshop in Bahrain to ask primarily Gulf Arab countries and investors to pitch in and underwrite this vision. The White House hasn't said whether it will contribute, and for the past year, the U.S. has been cutting aid to the Palestinians.

Kushner has called his proposal the "opportunity of the century" and he and Israeli officials have chided Palestinians for rejecting it.

Critics say the proposal is doomed to fail because it does not address central political sticking points of the Israeli-Palestinian conflict, such as whether Israel will relinquish most of the West Bank to the Palestinians and the Palestinians can create an independent state.

Palestinians argue that their economic progress is held back because of the Israeli occupation and their lack of an independent state, and they argue these issues need to be dealt with first. The White House says it will present its political plan perhaps later this year.

Here is a roundup of reaction to the White House proposal.

Abbas laid out his concerns on Sunday in a news conference with international media at his West Bank office.

We will not be slaves of [Jared] Kushner and [U.S. peace envoy Jason] Greenblatt and the other one, [U.S. Ambassador to Israel David] Friedman.

Under any peace agreement, our position will be that Israel's presence should continue here for Israel's security and for the security of all. In general, I would say that we'll hear the American proposition, hear it fairly and with openness. I cannot understand how the Palestinians, before they even heard the plan, rejected it outright. That's not the way to proceed. We believe that peace is coupled and dependent on security. Our presence here guarantees security, and therefore guarantees peace.

Kurtzer served as ambassador under President George W. Bush and tweeted this reaction.

I would give this so-called plan a C- from an undergraduate student. The authors of the plan clearly understand nothing.

It is the Monty Python sketch of Israeli-Palestinian peace initiatives.

Even consider[ing] that this plan treats the West Bank and Gaza as a single entity, which is great so far as the Palestinians are concerned but runs contrary to current Israeli policy and is also belied by the facts on the ground. This really is the dead parrot sketch as [Israeli-Palestinian] peace[.]

Shapiro, who served under President Barack Obama, shared his reaction with NPR.

There are plenty of good ideas in the economic plan. None of them are new. They have been proposed in previous economic plans.

But there are two big problems. First, the U.S. had aid programs to support all these goals, but the Trump administration canceled them. That kills our credibility in asking others for money.

Second, you can't get others to invest in this effort without knowing the political backdrop. And since the administration has not presented its political plan, I expect most countries in Bahrain to say, "We are theoretically prepared to invest later, as long as we are talking about a two-state solution."

Dave Harden, former director of the U.S. Agency for International Development's mission for the Palestinian territories

Harden directed the local USAID mission under Obama. He spoke with NPR on Sunday.

U.S. Aid Agency Is Preparing To Lay Off Most Local Staff For Palestinian Projects

None of this is actually new. ... We've had lots of discussions about opening up Gaza, or power and water, or bringing in agriculture and trade. In many respects, none of this is new. The limitation has always been implementing it and making it succeed.

Israel is the dominant party ... they have the most opportunity, control, power and ability to change the economic equation. Certainly more than the Palestinian Authority and Hamas.

The negotiating team is not credible in the eyes of the Palestinians. And so, therefore, it is very likely that they don't get as much traction as they want, because they are perceived as being completely one-sided. So the bottom line is: good plan, big ideas, unlikely to succeed.

Damelin is affiliated with a peace group of Israelis and Palestinians who have lost family members in the Israeli-Palestinian conflict. She and a Palestinian colleague, Bassam Aramin, are pictured in the U.S. economic plan promotional materials. In an op-ed for Haaretz with the headline "We Bereaved Israeli and Palestinian Parents Will Not Be Pawns in Kushner's Peace Plan," she complains about use of the photos, referring to herself and Aramin in the third person.

The U.S. administration decided to cut all funding for cross-border peace and reconciliation activities. Imagine what this did to hospitals, to schools and to all the nongovernmental organizations. This message, given with little warning or time to plan, left us with a 30% hole in our budget.

Now comes the most cynical and cruel abuse of these two people and their organization. Jared Kushner is using them as a pawn by displaying their pictures to illustrate and unveil his "Economy First" plan for Mideast peace. He did not ask their permission, which would not have been granted. We as an organization have nothing to do with this plan and resent the use of our pictures.

Speaking Sunday with Israeli radio, Hanegbi discussed the U.S. proposal for a road or train linking the West Bank and Gaza Strip.

[It] will be relevant when Gaza will stop being a pro-Iranian terror kingdom, meaning it's irrelevant today and in the foreseeable future.

Gold, who has served as a longtime adviser to Netanyahu, spoke with NPR after the U.S. economic proposal was unveiled.

The trains are pulling out of the station. Unfortunately, the Palestinians are letting go. I think the [Bahrain] event could be important, if handled correctly. There are a number of issues that, if dealt with, could be an advantage, even if it does not replace the political solution.

President Mahmoud Abbas and the chief Palestinian negotiator, Saeb Erekat, say that the plan is dead on arrival and that engaging with it is tantamount to a Palestinian declaration of surrender. I ask: What's wrong with Palestinian surrender? ...

A national suicide of the Palestinians' current political and cultural ethos is precisely what is needed for peace. The belief that the Jews have no right to the land and Israel is to be destroyed, which engenders a culture of hate and incitement, needs to end. ... The United States did not eradicate the German and Japanese people after their surrender in World War II, but instead helped transform them from imperial military powers to what are today among the world's leading economic powerhouses. ... There is no reason to believe a Palestinian declaration of surrender could not lead to a similar transformation.

Obviously the Trump [Middle East] team are acting on such supremacists ideas. Except we don't have an army that can surrender. We only have the greatest most resilient nation on earth: the people of Palestine. Surrender is not part of our history, resurrection is!

Ellen Krosney contributed to this story.