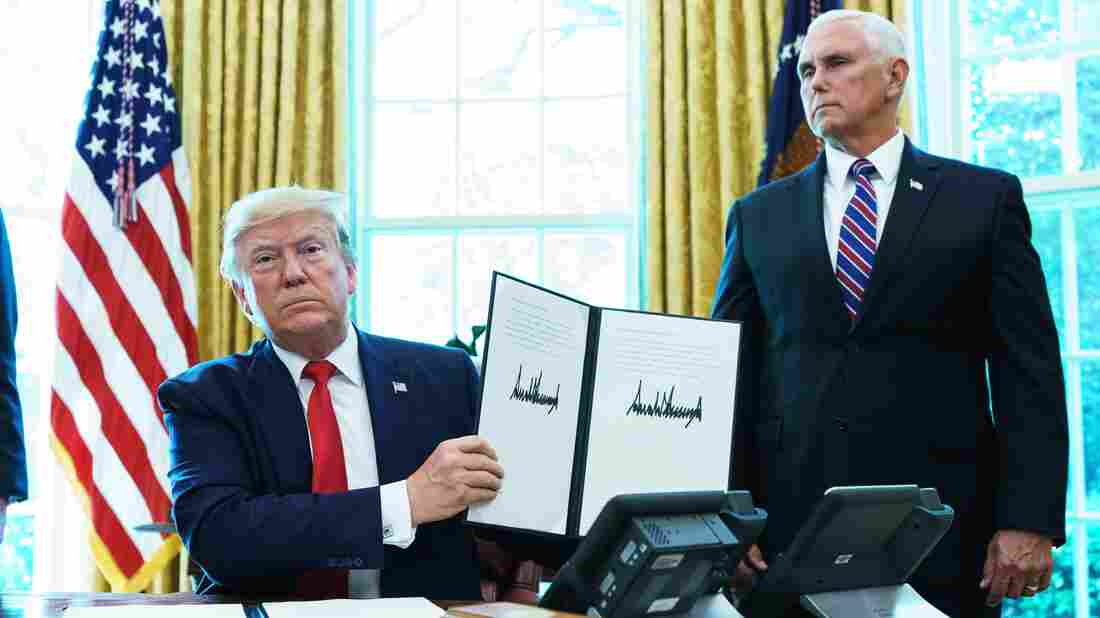 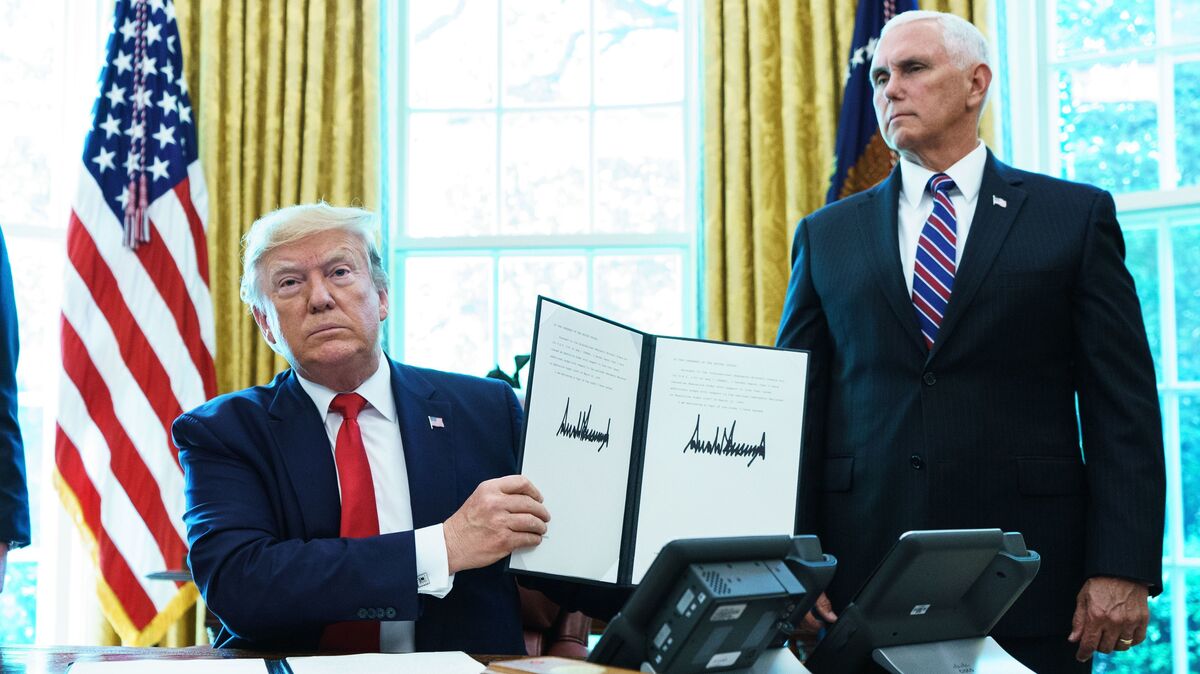 Rouhani called the sanctions a sign that the Trump administration had "become mentally crippled." Earlier, Iran's Foreign Ministry spokesman Abbas Mousavi tweeted that the latest "useless sanctions" marked "the permanent closure of the path of diplomacy."

Speaking from the Oval Office on Monday, Trump announced "hard-hitting" economic sanctions aimed at cutting off Khamenei and his office from certain financial assets.

As Trump signed an executive order authorizing the sanctions, he said, "These measures represent a strong and proportionate response to Iran's increasingly provocative actions."

"We will continue to increase pressure on Tehran until the regime abandons its dangerous activities and its aspirations including the pursuit of nuclear weapons, increased enrichment of uranium, development of ballistic missiles, engagement in and support for terrorism, fueling of foreign conflicts, and belligerent acts directed against the U.S. and its allies," the president added.

It wasn't immediately clear how the U.S. had access to the assets, though Treasury Secretary Steven Mnuchin said they added up to "literally billions" that would be locked away.

In a briefing with reporters, Mnuchin declined to provide details about the assets Iran's leaders might have either in the U.S. or in the global financial system, saying, "we follow the money and it's highly effective."

As NPR's Franco Ordoñez noted, it's not clear what the Trump administration can achieve with this round of sanctions. "The president has often talked about major things happening and they turn out not so major, or at least not as major as we expect," Ordoñez said.

The White House issued a statement Monday saying the sanctions target Iran's supreme leader because he "funds and oversees the worst elements of the Iranian regime, such as the Islamic Revolutionary Guard Corps."

Mnuchin said that while some of the new sanctions had been planned before the drone was downed, others were added to the U.S. response. They include sanctions on several commanders of Iran's Revolutionary Guard.

The president said last week that he called off a planned retaliatory strike against Iran. "We were cocked & loaded to retaliate last night on 3 different sights when I asked, how many will die," he tweeted on Thursday.

Ultimately, Trump decided the planned airstrike was disproportionate because of the number of possible casualties. Since then, he has indicated that he plans to ramp up sanctions. And it's worth noting that the Trump administration has not ruled out future military action.

"I think a lot of restraint has been shown by us. A lot of restraint. And that doesn't mean we're going to show it in the future," Trump said before signing the executive order. "But I felt that we want to give this a chance — give it a good chance, because I think Iran, potentially, has a phenomenal future."

The U.S. was already enforcing stringent sanctions against Iran. Those measures target Iran's main industries, such as oil, and also put sanctions on countries and companies that do business with Iran. Some of those sanctions were reimposed when the U.S. pulled out of the nuclear deal with Iran.

Dina Esfandiary of The Century Foundation told NPR that these sanctions do not appear to raise the chances of future negotiations.