Accessibility links
Woman Jailed After She Gave Husband's Guns To Police Following Domestic Dispute Her husband was jailed overnight after police said he rammed his vehicle into hers. She was jailed for six days after she allegedly broke into his home, took his guns and gave them to law enforcement. 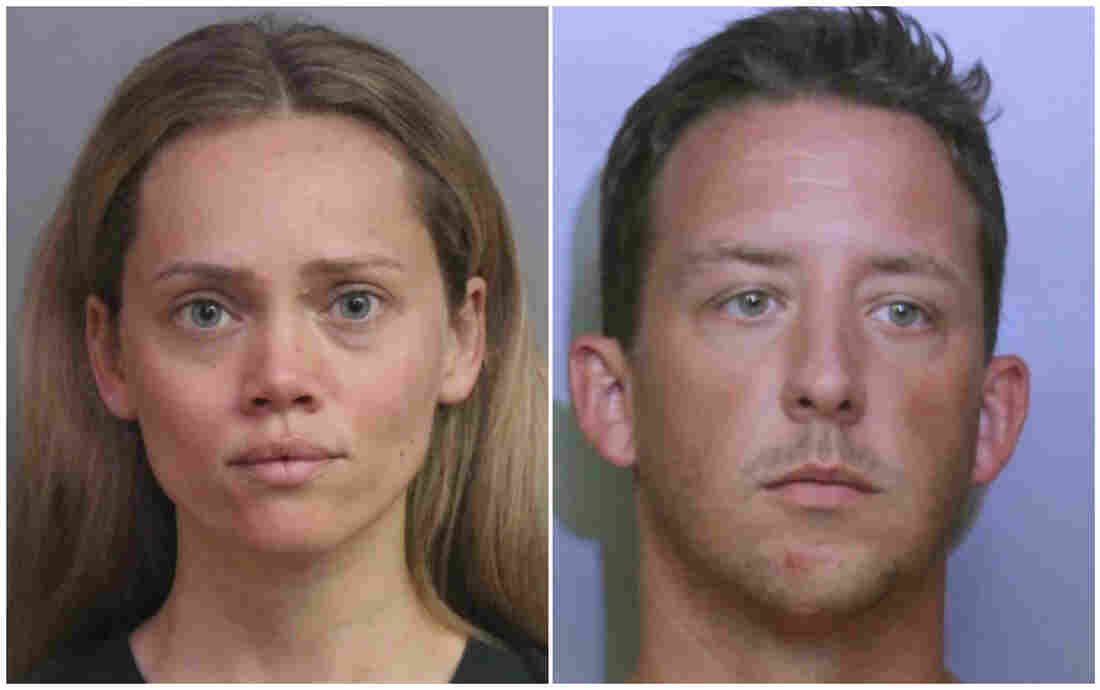 Courtney Irby was charged with armed burglary and grand theft in connection with guns owned by her estranged husband, Joseph Irby. A member of her family told local media that Irby had feared for her life. Polk County Sheriff's Office via AP hide caption 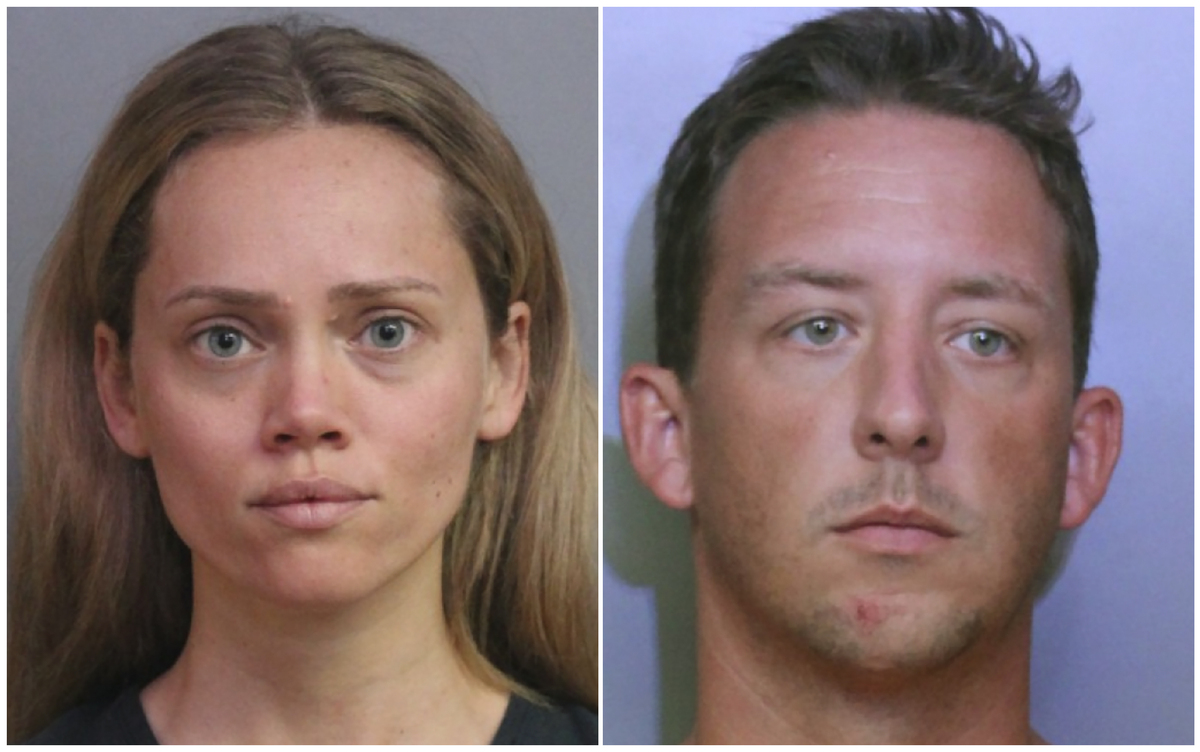 Courtney Irby was charged with armed burglary and grand theft in connection with guns owned by her estranged husband, Joseph Irby. A member of her family told local media that Irby had feared for her life.

A Florida prosecutor is deciding whether to pursue charges against a woman who turned in her husband's guns to local police while he was in jail on a domestic violence charge.

On June 14, Courtney Irby left a divorce proceeding in Polk County, according to local media. In the parking lot, her estranged husband allegedly rammed his car into her vehicle and ran her off the road. Joseph Irby, 35, was arrested on a domestic violence aggravated battery charge and released on $10,000 bail the next day.

While he was in custody, Courtney Irby, 32, allegedly broke into his home and left with his assault rifle and handgun. Then she turned them in to the Lakeland Police Department.

"So you are telling me you committed armed burglary?" a police officer asked her, according to local media reports citing a police affidavit.

Police arrested her and charged her with two counts of grand theft of a firearm and one count of armed burglary. She spent six days in jail and got out on $7,000 bond last Thursday.

Her family says that Courtney Irby, who goes by her middle name Taylor, took the weapons to police out of fear for her and her children's safety. "My sister was hysterical," Haley Burke told a local news site. "She knew that this just poked the bear, and he would be coming after her."

Citing court documents, the news site reported that Joseph Irby accused his wife of showing aggression during their divorce proceedings and said she had taken a third firearm that he said was not handed over to police.

News of her arrest sparked outrage and got the attention of state Rep. Anna Eskamani, D-Orlando. Eskamani sent a letter to Polk County State Attorney Brian Haas requesting that he not prosecute Courtney Irby.

"Prosecuting Ms. Irby sets a scary precedent that if someone seeks help to escape abuse, they will be punished for it," Eskamani wrote. "Court records show that Ms. Irby applied for a temporary injunction against her husband, and the two were in the process of a divorce. When the officers contacted the husband, who was still in the Polk County Jail, he insisted they press charges."

Haas has yet to reach a decision. "As of today, we are still awaiting various reports, statements and other documentation to be submitted from the Lakeland Police Department," he said in a statement emailed to NPR on Tuesday morning. Haas said that when his office has all the information, it will "expeditiously" decide what, if any, charges should be filed. That decision is expected to come within 21 days of her arrest on June 15, a spokesperson told NPR.

The Lakeland Police Department did not immediately respond to a request for comment.

Police Chief Ruben Garcia defended his department's actions to local news station WFLA. "We have to safeguard every citizen's rights," Garcia said. "When a case is brought to us, we have to look at all sides of the cases and come to the fairest conclusion we can for everyone involved."

In her letter, Eskamani notes that:

"In 35 states, state law does not prohibit all people convicted of misdemeanor domestic violence crimes and all people subject to restraining orders from buying or using guns. While domestic abusers in those states cannot possess guns under federal law, local law enforcement and prosecutors do not have the tools they need in Florida to enforce those restrictions."

But Polk County Sheriff's Office spokesman Brian Bruchey told a local news site that law enforcement can't simply take away a person's weapons even after an injunction is ordered. "We really don't have authority to take firearms from people unless they are surrendered or there is a court order," he said.

The presence of a gun in a domestic violence incident increases the risk of homicide by 500%, according to the National Coalition Against Domestic Violence. Every 16 hours, an American woman is fatally shot by her partner, reports The Trace, a nonprofit news site focused on guns.