Accessibility links
Catholic School Fires Gay Teacher To Stay In Indianapolis Archdiocese The school says not terminating the teacher would have resulted in "our forfeiting our Catholic identity." Last week, a nearby Jesuit school decided to split with the archdiocese instead. 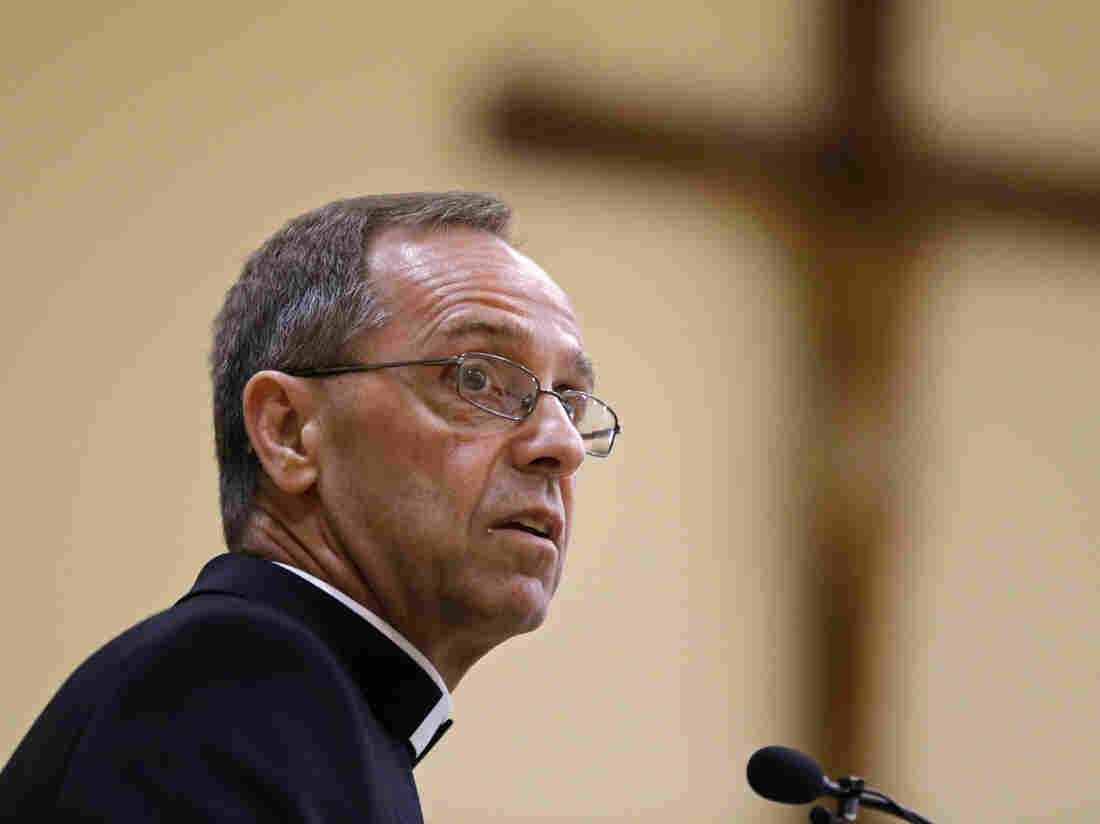 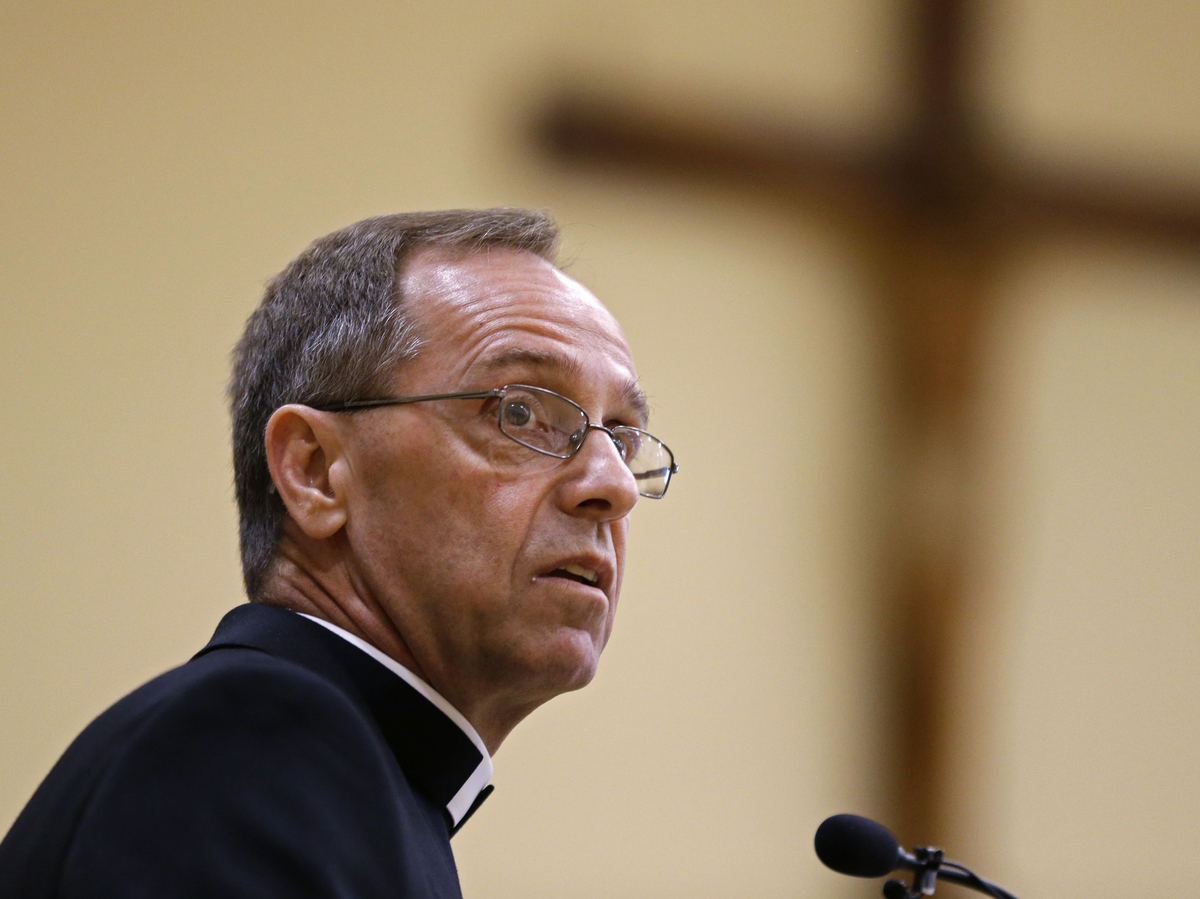 A Catholic high school in Indianapolis says it has decided to fire a gay teacher to remain in the local archdiocese.

In a letter to the community, leaders of Cathedral High School said they had been in talks with the Archdiocese of Indianapolis for 22 months before deciding to cut ties with the teacher.

"Archbishop [Charles] Thompson made it clear that Cathedral's continued employment of a teacher in a public, same-sex marriage would result in our forfeiting our Catholic identity due to our employment of an individual living in contradiction to Catholic teaching on marriage," the letter states.

The school's president and chairman of the board wrote that if the unnamed teacher remained employed, the 100-year-old school would lose its nonprofit status and would no longer be able to perform Catholic sacraments.

A statement from the archdiocese said the "issue is not about sexual orientation; rather, it is about our expectation that all personnel inside a Catholic school — who are ministers of the faith — abide by all Church teachings, including the nature of marriage," as member station WFYI reported.

"We hope that this action does not dishearten you," the school's letter states. It's clear, though, that many members of the community were upset by the decision to terminate the teacher. A change.org petition objecting to the move has received nearly 10,000 signatures.

Cathedral graduate Maureen Kesterson-Yates, who helped start that petition, told WFYI that other teachers were also speaking out. "I know that there have been a few teachers that have released statements about how, you know, I've been divorced once and I haven't gotten my previous marriage annulled, or I live with somebody but we're not married," she said.

This is actually the second Indianapolis-area school that has faced this kind of decision this week — but Brebeuf Jesuit Preparatory School made the opposite choice.

"Brebeuf Jesuit has respectfully declined the Archdiocese's insistence and directive that we dismiss a highly capable and qualified teacher due to the teacher being a spouse within a civilly-recognized same-sex marriage," school leaders said in a statement to the community.

In doing so, the Brebeuf leaders said, they understood that the archdiocese would no longer recognize it as a Catholic school.

However, Brebeuf's situation appears to be somewhat different from Cathedral's because it is an independent Catholic Jesuit school. Brebeuf says that means it will maintain its Catholic identity and that Jesuit priests will still be able to perform the Catholic sacraments.

Brebeuf's leadership described the archdiocese's involvement in such an employment matter as "unprecedented."

"The issue of Catholic school teachers in same sex marriages and how that relates to Catholic teachings is not unique to Indianapolis, although this archdiocese does appear to be more aggressive about it than others around the country," the Indianapolis Star reported. "Just why is unclear."