Accessibility links
John Sanders, Acting Head Of Customs And Border Protection, Plans To Step Down John Sanders is expected to make his resignation effective July 5, two officials say. The move comes after hundreds of children were removed from a facility without adequate food and sanitation. 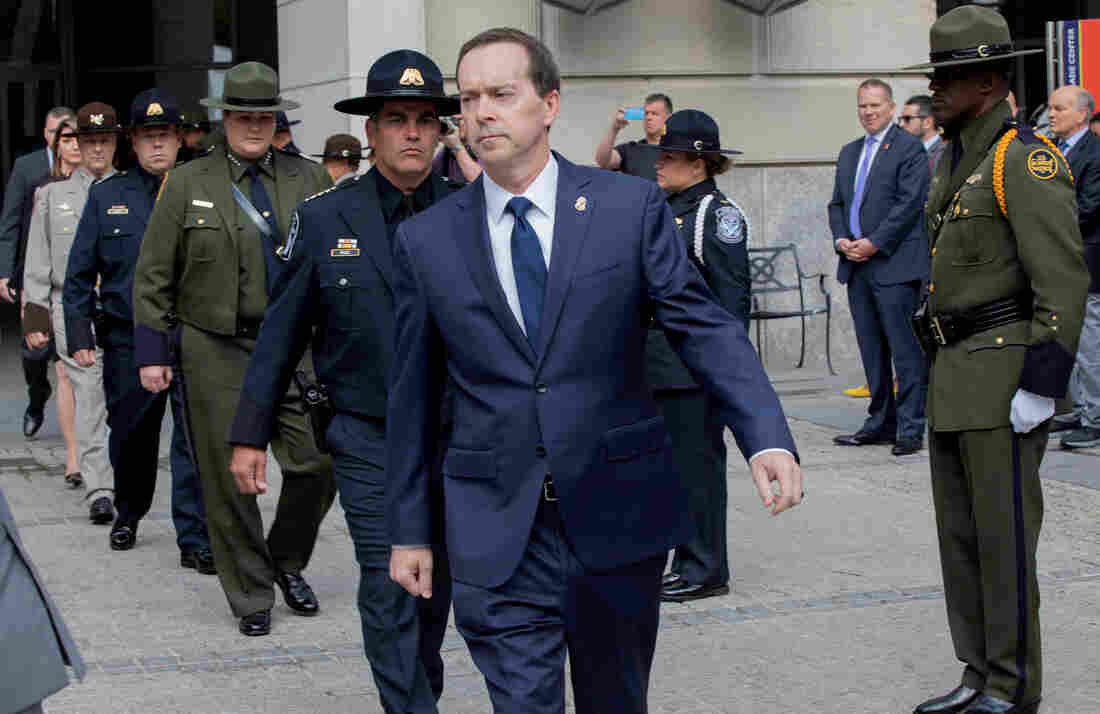 John Sanders (center) has been acting commissioner of U.S. Customs and Border Protection for just over two months. He is expected to make his resignation effective July 5, two officials say. The move comes after hundreds of children were removed from a facility without adequate food and sanitation. Donna Burton/CBP handout via Reuters hide caption 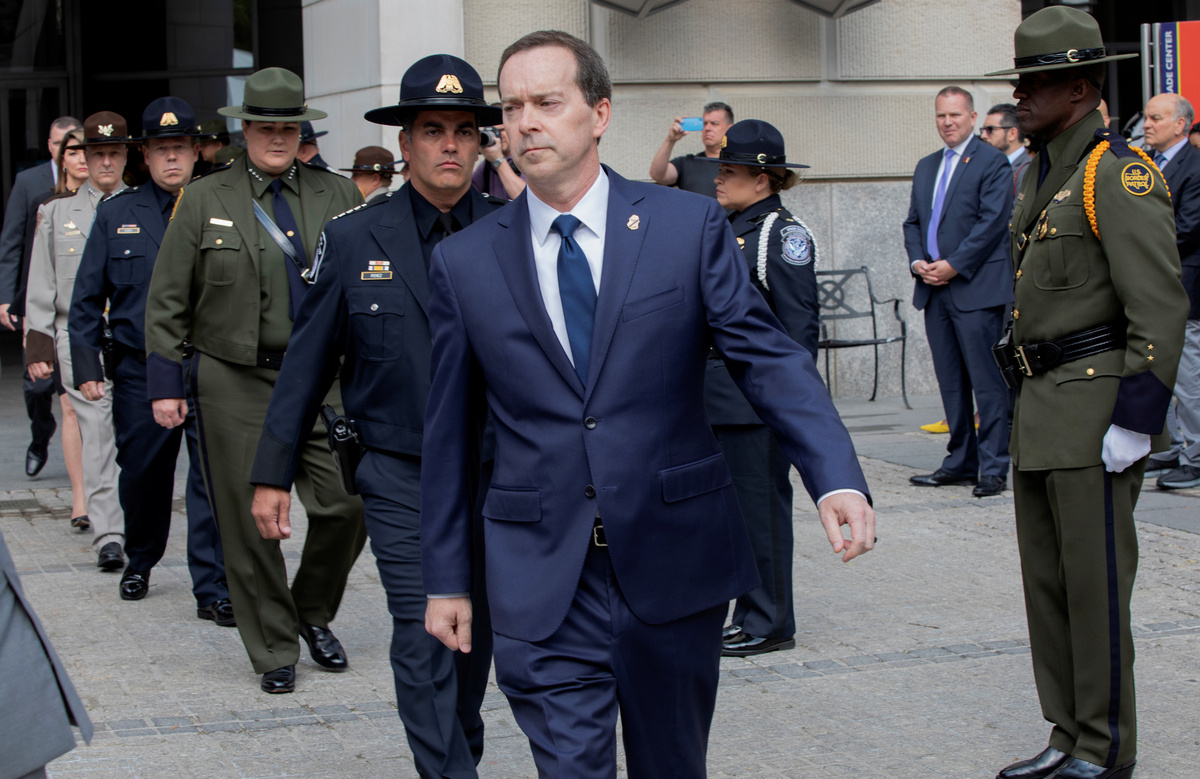 John Sanders (center) has been acting commissioner of U.S. Customs and Border Protection for just over two months. He is expected to make his resignation effective July 5, two officials say. The move comes after hundreds of children were removed from a facility without adequate food and sanitation.

The acting commissioner of U.S. Customs and Border Protection plans to step down in the coming weeks, according to two agency officials, amid a public furor over the treatment of migrant children in U.S. facilities.

John Sanders is expected to make his resignation effective July 5, according to the officials, who spoke to NPR on condition of anonymity because an official announcement had not been made to agency employees.

Sanders has held the post for just over two months, after President Trump tapped his predecessor, Kevin McAleenan, to be acting chief of the Department of Homeland Security.

Trump said Tuesday afternoon that he did not ask Sanders to step down. "I don't think I've ever spoken to him," the president told reporters. He added that he expected Sanders' resignation and that "I've made changes, very good changes."

"We're moving some people around to different locations," Trump said, without expounding on who is being shuffled or where they might go.

Customs and Border Protection has come under fire in recent days amid revelations that nearly 300 migrant children — from infants to 17-year-olds — had been detained in a remote Border Patrol station in West Texas without adequate food, water and sanitation.

All but 30 of the children were transferred out of the center in Clint, Texas, after revelations last week that they were being held in squalid conditions.

Rep. Veronica Escobar, a Democrat who represents the area, said Monday that the children were supposed to have been moved to other facilities. But a CBP official confirmed Tuesday that 100 of those children have been moved back to the same Border Patrol station because there wasn't room in child shelters run by the Department of Health and Human Services.

According to a CBP official who asked not to be identified, "nothing additional" was provided at the Clint facility before the children were moved back.

During a phone conference with reporters, the same CBP official rejected accounts that children were being mistreated at any of its temporary shelters, as a group of lawyers who toured the Clint location reported last week.

"I personally don't believe these allegations," he said, when asked whether children were denied showers, soap, toothbrushes and other personal hygiene items, as well as reports that children were forced to care for unconsoleable toddlers.

"I don't buy that," he repeated, when reporters mentioned statements that children said they were often hungry.

The official maintained that CBP is not running low on supplies. "Those things are available now and they have been continuously," he added.

Under the Flores settlement, a 1997 agreement that dictates how the government is supposed to treat detained underage migrants, children held by the Border Patrol are supposed to be transferred into the care of the Office of Refugee Resettlement within 72 hours. But many of the children were held for weeks at the Clint facility, which CBP says is not bound to the 72-hour limit because it is an emergency shelter.

The White House has been urging Congress to approve a supplemental budget request since last month, saying money to house and care for migrants will run out by the end of the month.

That additional funding, according to HHS spokeswoman Evelyn Stauffer, would go toward increasing "shelter capacity in order to meet the needs of the minors in our custody while ORR works to find sponsors, usually family members, for the children."

On Tuesday, Trump said he is "very concerned" about the conditions for migrant children at facilities along the U.S.-Mexico border but added that "they're much better than they were under President Obama by far."

"A lot of these young children that come from places that you don't even want to know about, the way they've lived ... the poverty that they grew up in," he said.

Trump also accused Democrats of not taking action to improve the situation for migrants at the Southern border and to close what he called loopholes for asylum-seekers. "We're trying to get the Democrats to agree to really give us some humanitarian aid, humanitarian money," he said.

The House is expected to vote Tuesday on a supplemental spending measure that would send money to agencies working to address the needs of migrants arriving at the U.S.-Mexico border.

As NPR's Kelsey Snell reported, last-minute requirements were added to the $4.5 billion legislation that would obligate CBP to establish hygiene and medical standards for children and a 90-day limit on keeping kids in temporary emergency shelters.