Accessibility links
Trump Picks Stephanie Grisham To Be White House Press Secretary An early member of the Trump campaign and Melania Trump's spokeswoman since 2017, Grisham has been a staunch defender of the first lady. She will also take over as White House communications director. 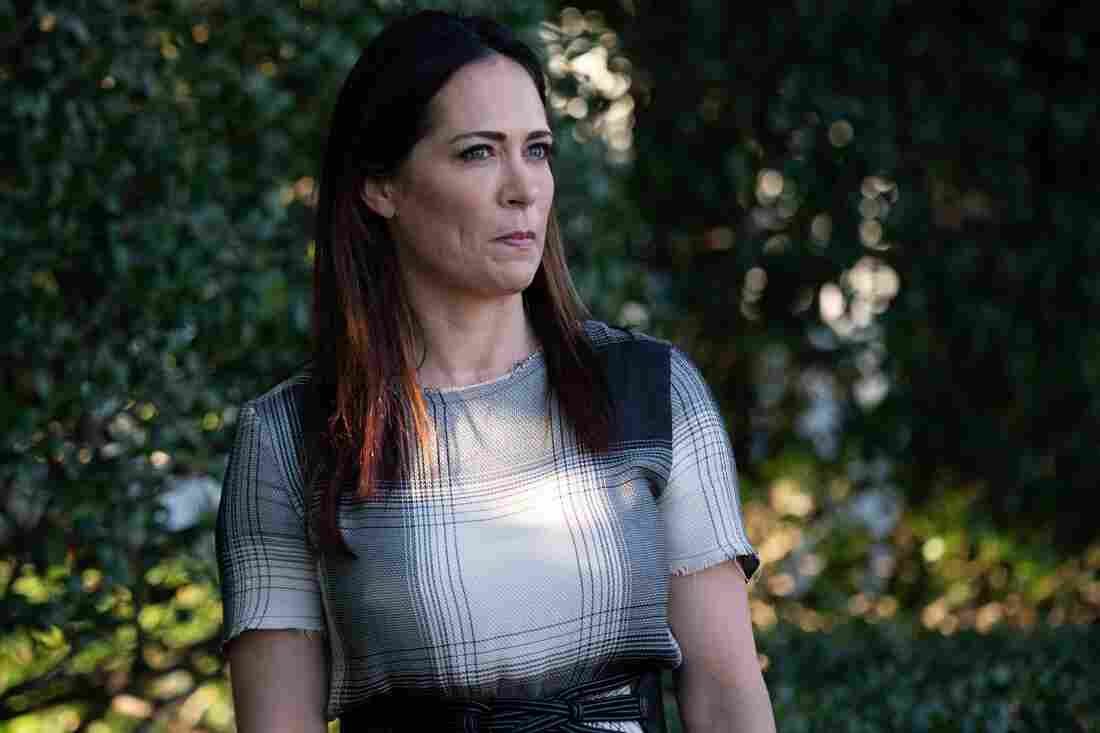 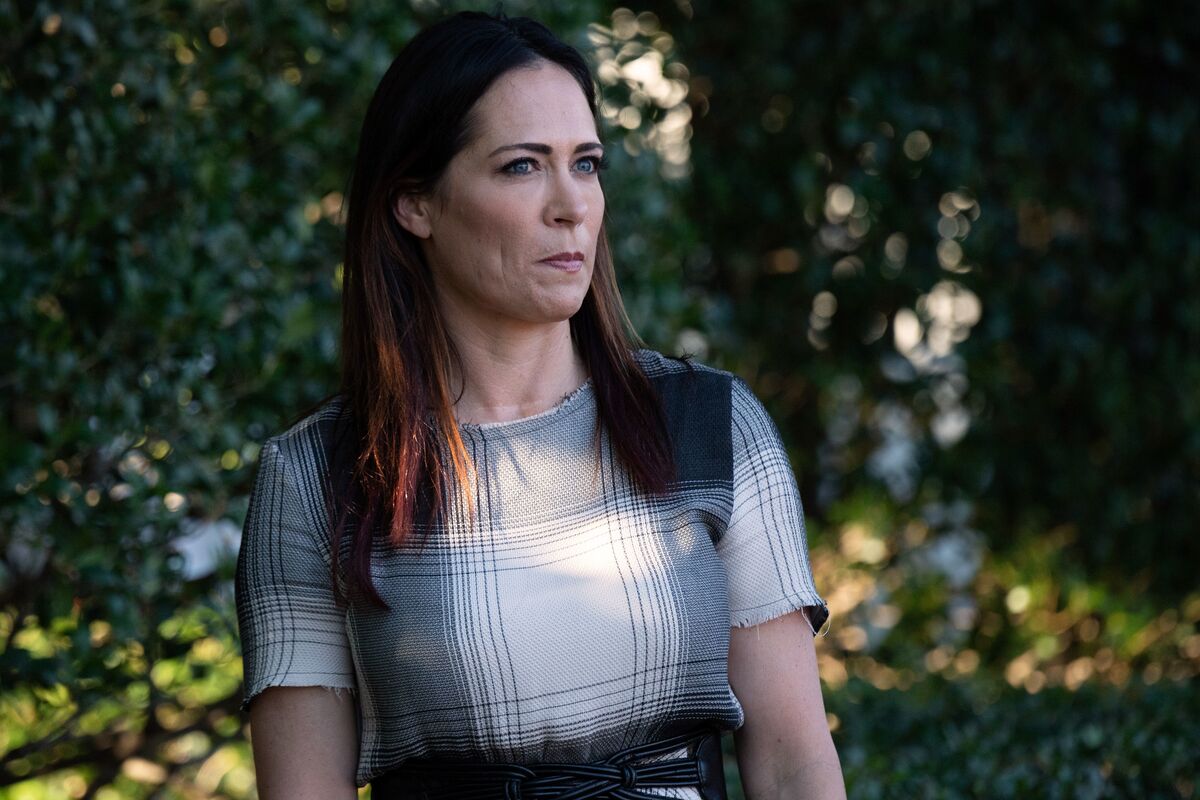 First lady Melania Trump announced Tuesday that her own spokeswoman, Stephanie Grisham, will take over for Sarah Sanders as White House press secretary.

It's a big step for Grisham, who will also serve as White House communications director. Grisham was an early member of the Trump campaign before joining the administration. While she is not as well-known publicly, Grisham has built a reputation as a faithful defender of the first lady and president.

"She has been with us since 2015 - @potus & I can think of no better person to serve the Administration & our country. Excited to have Stephanie working for both sides of the @WhiteHouse. #BeBest," wrote Melania Trump on Twitter.

I am pleased to announce @StephGrisham45 will be the next @PressSec & Comms Director! She has been with us since 2015 - @potus & I can think of no better person to serve the Administration & our country. Excited to have Stephanie working for both sides of the @WhiteHouse. #BeBest

According to Melania Trump, Grisham will remain her spokeswoman, meaning she will be press secretary of both the West and East wings of the White House.

The announcement was quickly met with praise from Sanders and several members of the communications team, which President Trump reiterated Tuesday afternoon.

Still, the announcement raised immediate questions about Grisham's relationship with the media and particularly whether she will reinstate regular news briefings.

It's been 105 days since the White House has held a traditional press briefing.

Grisham has served as press secretary for Melania Trump since 2017 after working as a deputy press secretary for Sean Spicer, the administration's first spokesman. She was also one of the first press aides of the Trump campaign and a member of the Trump transition team. Grisham is a longtime communications operative in Republican politics working largely in Arizona. She also briefly worked on Mitt Romney's presidential campaign.

As press secretary for Melania Trump, Grisham received a nickname of the "enforcer," according to a profile in the Washington Post, for her strong defense of the first lady.

She has not shied away from controversy. When President Trump attacked MSNBC host Mika Brzezinski in 2017 and claimed she was "bleeding badly from a facelift," Grisham offered a statement from the first lady: "When her husband gets attacked, he will punch back 10 times harder."

When then-deputy national security adviser Mira Ricardel clashed with the first lady's staff, Grisham said in a statement, "It is the position of the Office of the First Lady that she no longer deserves the honor of serving in this White House."

Grisham is replacing not only Sanders but also Bill Shine, who left the White House communications director position in March. Sanders has said her last day will be this Friday.

"@StephGrisham45 will be an incredible asset to the President and the country. I'm sad to leave the WH, but so happy to leave our team in such great hands. Stephanie will do a phenomenal job. Proud to have another mom and a great friend in this role," Sanders tweeted.

Former Trump campaign manager Corey Lewandowski, who worked with Grisham on the campaign, called it a "great choice."

"She has been on the #TrumpTrain since Day 1. Big Congrats!!" Lewandoski tweeted.

Grisham did not respond to questions from NPR about whether she would reinstate regular press briefings.