Accessibility links
Oregon Climate Bill: Senate President Says Democrats Won't Move Forward On the fifth day the Republican state senators have skipped the session in protest over a cap-and-trade bill, the Senate's Democratic president said the bill would expire in the Senate chamber. 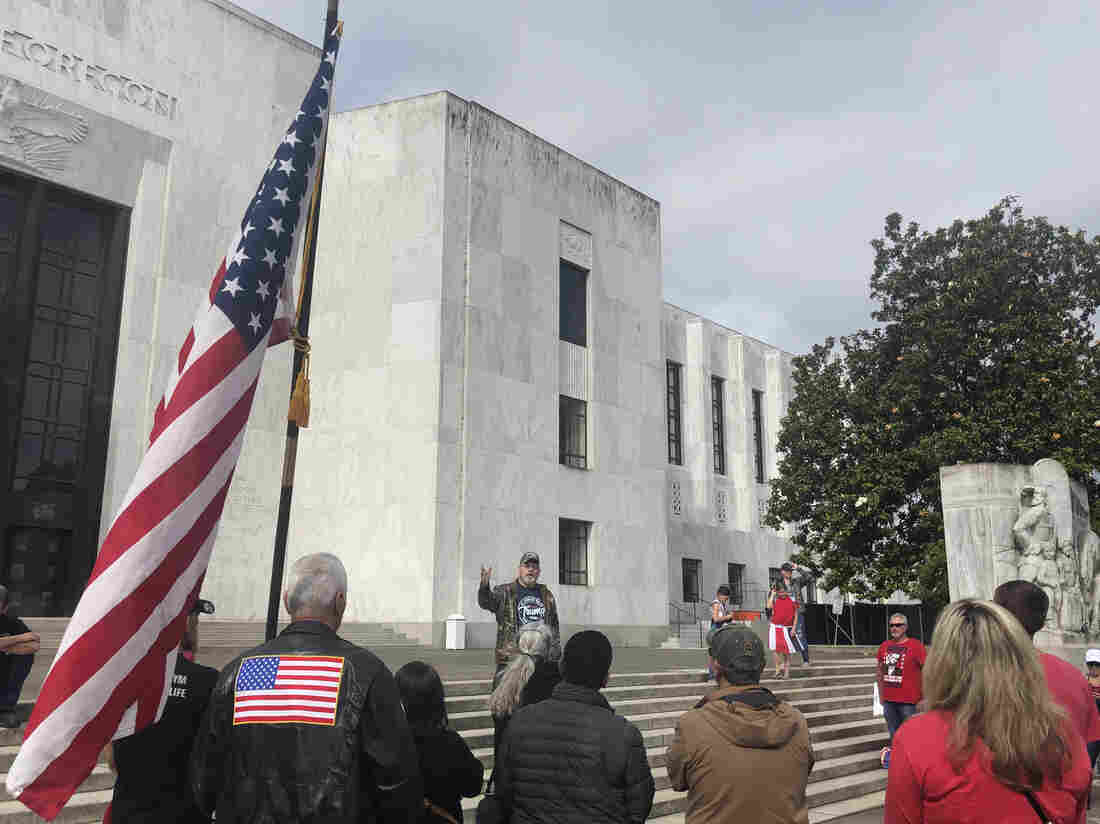 On Sunday, a small crowd showed its support of a Republican walkout outside the Oregon state Capitol in Salem. Sarah Zimmerman/AP hide caption 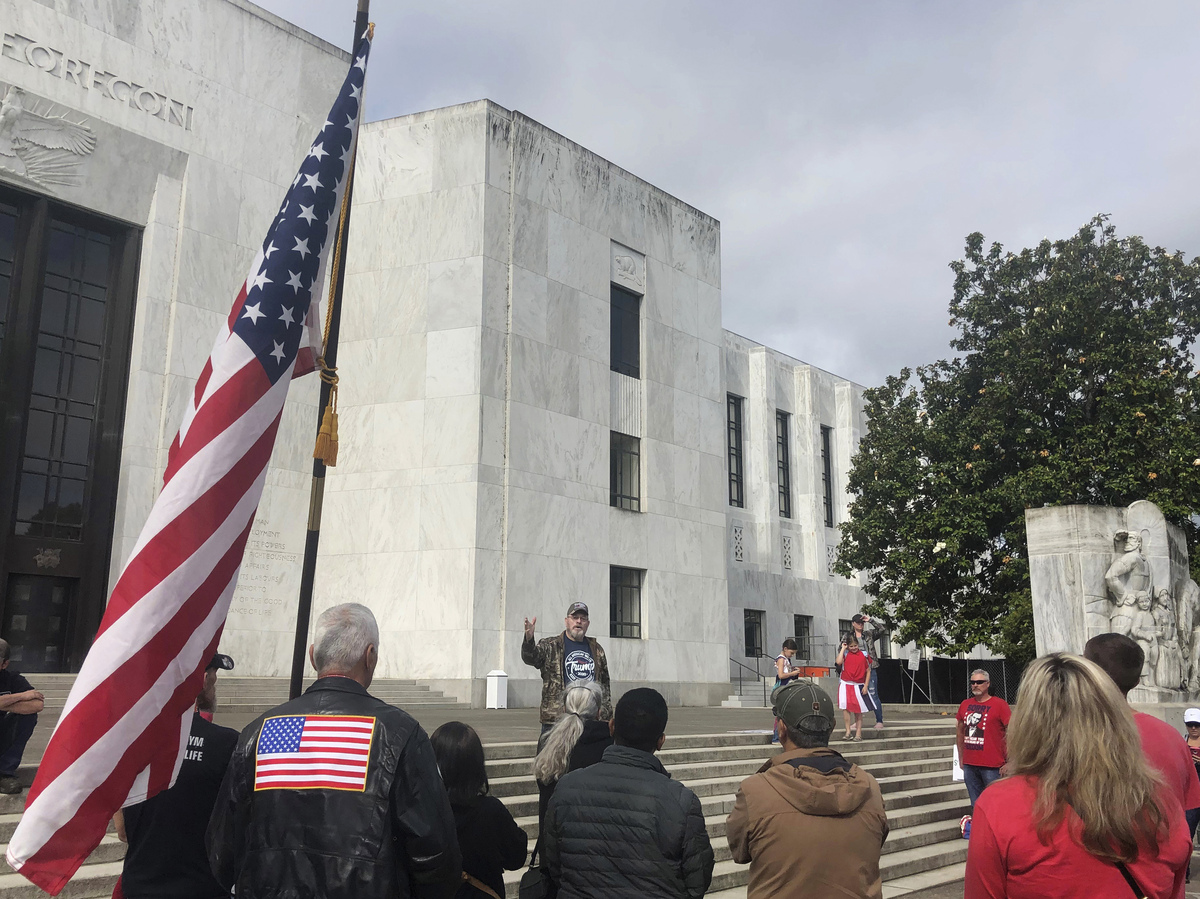 On Sunday, a small crowd showed its support of a Republican walkout outside the Oregon state Capitol in Salem.

As a walkout by Republican senators over the cap-and-trade bill entered its sixth day — and in an apparent attempt to bring them back — Courtney gave assurances that the bill would die in the Senate chamber.

"What I'm about to say I say of my own free will. No one has told me to say this," Courtney said. "HB 2020 does not have the votes on the Senate floor. That will not change."

Sen. President Peter Courtney to Republicans: We do not have the votes for the cap-and-trade bill. #orleg #orpol pic.twitter.com/o32P9qW5nY

He went on to describe a wide array of policy and budget bills that have yet to be passed this session, including funding for the largest agencies in the state.

"This is a remarkable opportunity to finish our work," Courtney said. "Please, senators, come to this floor."

The announcement appears to mark an end to the state's plan to institute a cap-and-trade bill. Whether it will succeed in getting the Republicans back to the building is unclear.

Oregon Republicans Are On The Lam Over A Climate Bill

Republican Sen. Cliff Bentz said Tuesday morning he had only just heard of Courtney's announcement and that he had questions about its meaning.

"The question becomes, 'What are they trying to do?' " said Bentz, who is believed to be staying in Idaho while the boycott plays out. "Are they trying to make some sort of arrangement? If they are suggesting they don't have the votes, what's the procedure they're going to use to kill the bill?"

"We need clarification. What does that mean?" Knopp said. "Does it mean it's dead until the 2020 session? Is the governor going to take it up in a special session?"

Meanwhile, senators who backed the bill appeared livid and declined to speak to reporters on the floor.

The cap-and-trade policy, a plan to cap carbon emissions and make polluters pay for their greenhouse gas production, is a Democratic priority in this year's session.

The party holds 18 of the Senate's 30 seats and so could only afford to lose two votes to muster the 16 needed to pass the bill. Democratic Sen. Betsy Johnson strongly opposed the policy, and Sen. Arnie Roblan, also a Democrat, had indicated he was a possible "no."

As Courtney spoke, supporters of the climate bill got out of their seats in the Senate gallery and turned their backs to him.

"They have the votes. They just don't have the courage," Shilpa Joshi, a 31-year-old climate activist, said afterward. "They are jeopardizing our future."