Accessibility links
Total Wine Supreme Court Case Is A Big Win For Out-Of-State Retailers The court struck down a Tennessee alcohol licensing residency requirement, opening up the pathway for big-box stores to enter the market. 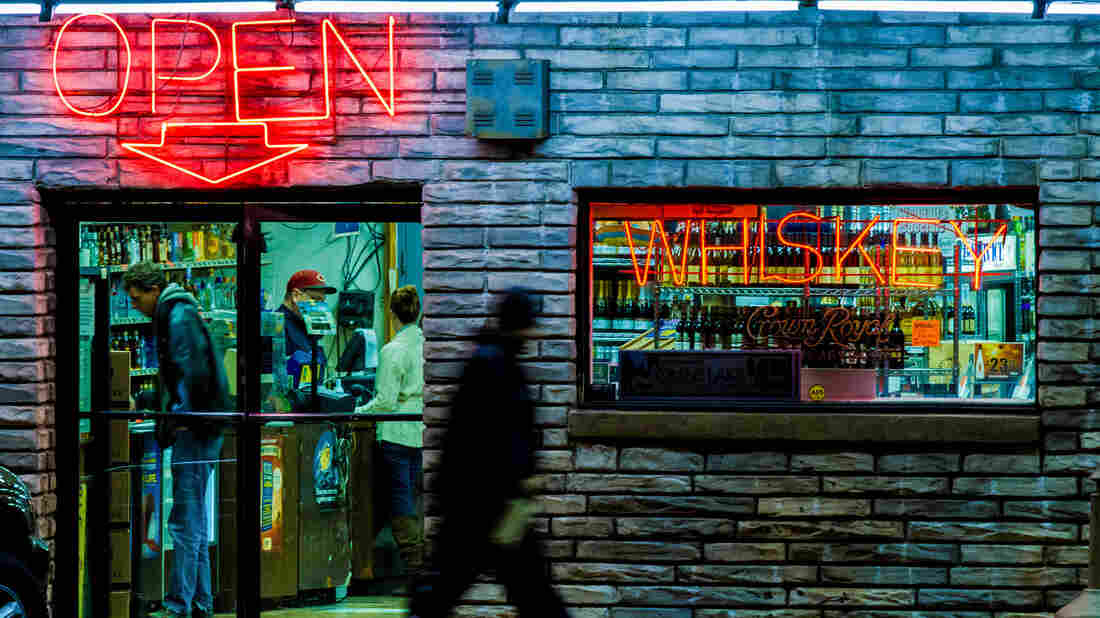 The Wendell Smith's liquor store in Nashville, Tenn., pictured in 2013. The court struck down a Tennessee alcohol licensing residency requirement, opening up the pathway for big-box stores to enter the market. Erik Schelzig/AP hide caption 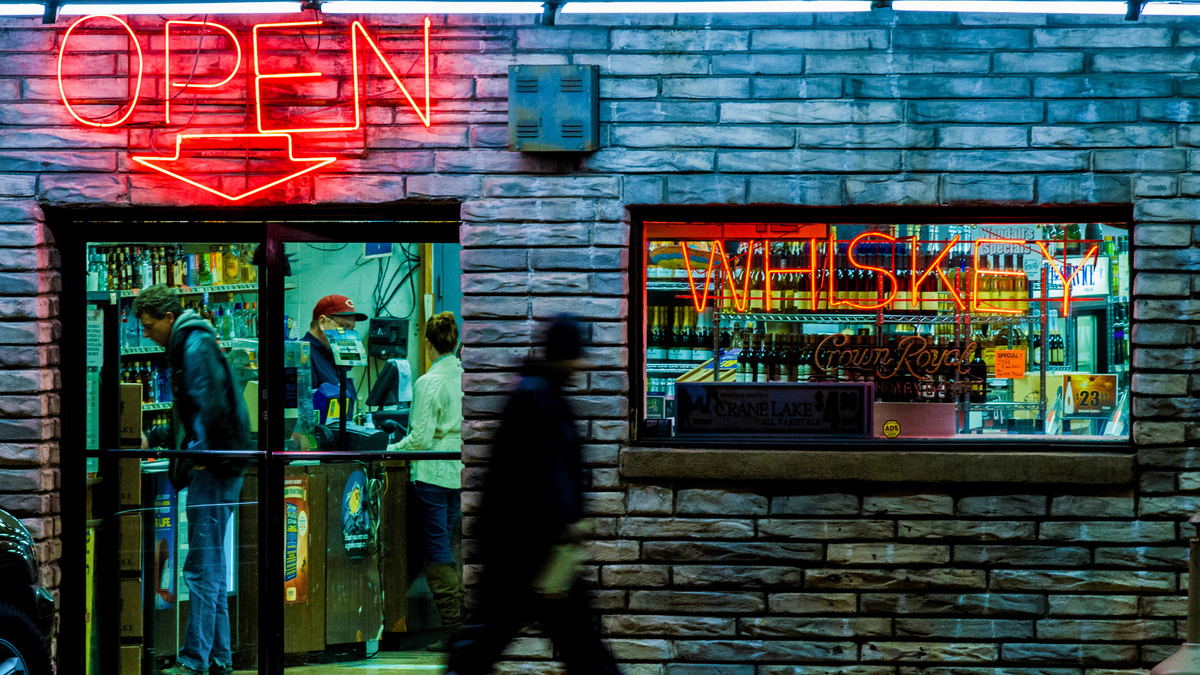 The Wendell Smith's liquor store in Nashville, Tenn., pictured in 2013. The court struck down a Tennessee alcohol licensing residency requirement, opening up the pathway for big-box stores to enter the market.

In a case with consequences for fans of wine and liquor, the U.S. Supreme Court, in a 7-2 decision, has struck down a two-year residency requirement for anyone seeking an initial license to operate a liquor store in Tennessee.

There is no doubt that if a state had such a restrictive provision involving the sale of any other product, it would be deemed a violation of the Constitution's ban on erecting barriers to interstate commerce.

But the 21st Amendment, which repealed the national prohibition of liquor sales, left to the states the right to regulate those sales within state borders. Mississippi was the last dry state in the country, finally allowing the sale of liquor in 1966.

"[W]hile this requirement is less extreme than the others that the Sixth Circuit found to be unconstitutional, we now hold that it also violates the Commerce Clause and is not shielded by ... the Twenty-first Amendment," Justice Samuel Alito wrote for the majority of the court.

He added, "Because Tennessee's 2-year residency requirement for retail license applicants blatantly favors the State's residents and has little relationship to public health and safety, it is unconstitutional."

On one side of this case was Tennessee's residency requirement, backed by the Tennessee Wine and Spirits Retail Association, along with 34 other states that have similar laws. The state required a two-year residency for initial applicants, and then applicants for renewal are required to reside in the state for 10 consecutive years.

On the other side was Total Wine, a national chain of high-end liquor superstores. In the lower courts, Total Wine won its challenge to the residency requirement and it then opened a superstore in Knoxville, offering 8,000 wines, 3,000 spirits and 2,500 beers. But the state retailers' association appealed to the Supreme Court.

In dissent, Justice Neil Gorsuch reached for history and disagreed with the court's conclusion.

"Alcohol occupies a complicated place in this country's history," Gorsuch wrote. "Some of the founders were enthusiasts; Benjamin Franklin thought wine was 'proof that God loves us.' ... Many in the Prohibition era were decidedly less enamored; they saw 'liquor [as] a lawlessness unto itself.'"

He noted that two separate constitutional amendments have been adopted to deal with alcohol's role in society. But there has been one consistency: "States may impose residency requirements on those who seek to sell alcohol within their borders to ensure that retailers comply with local laws and norms."

He said states have been doing so for 150 years, and Tennessee's requirement has been in place for 80 years. "Today and for the first time," Gorsuch wrote, "the Court claims to have discovered a duty and power to strike down laws like these as unconstitutional. Respectfully, I do not see it."

The practical effect of the decision will be that more big-box competitors are likely to move into the state, forcing some local stores out of business. But liquor prices may go down, and there will be more product choices for consumers.

The last major court decision on state regulation of liquor sales was in 2005, when the high court struck down state laws that allowed in-state wineries to ship directly to consumer out of state but barred out-of-state wineries from shipping to consumers in the state.