Accessibility links
Best Songs Of 2019 (So Far): Ariana Grande, Billie Eilish, Josh Ritter There's no one sound to a year, but public radio writers across the country do set their ears to the most essential music. We asked them: What is your favorite song of 2019 so far? 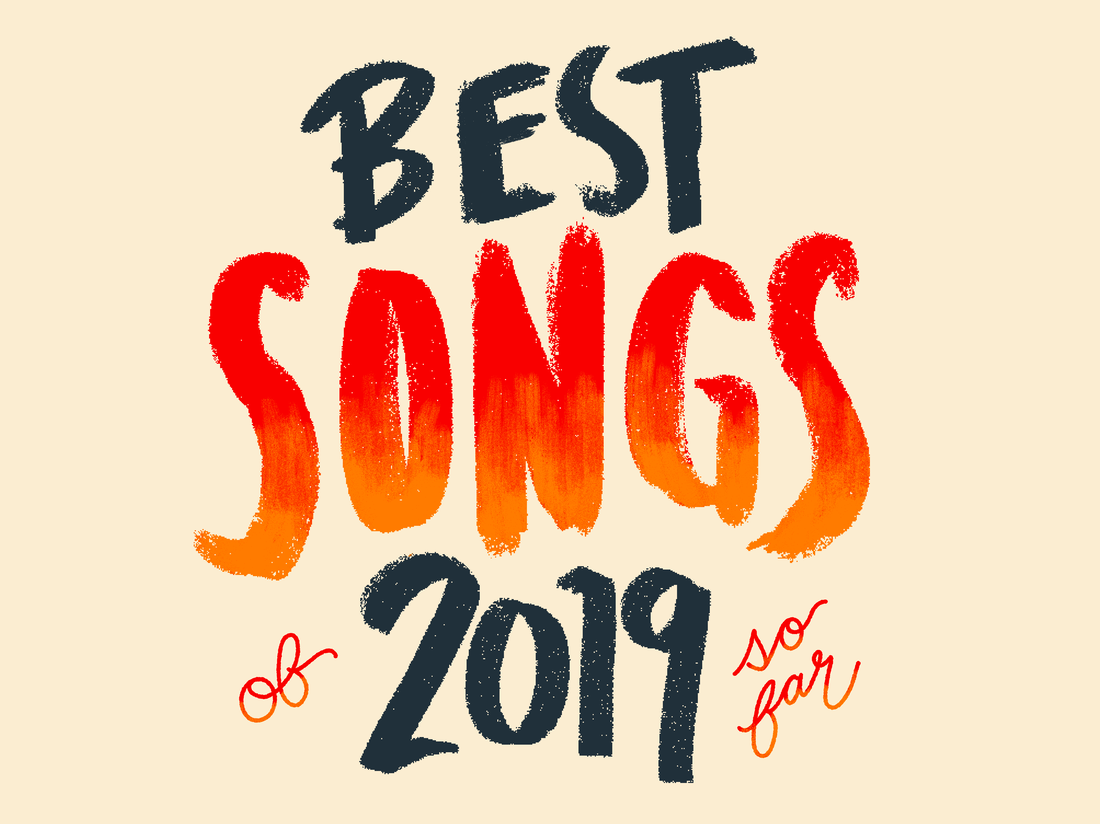 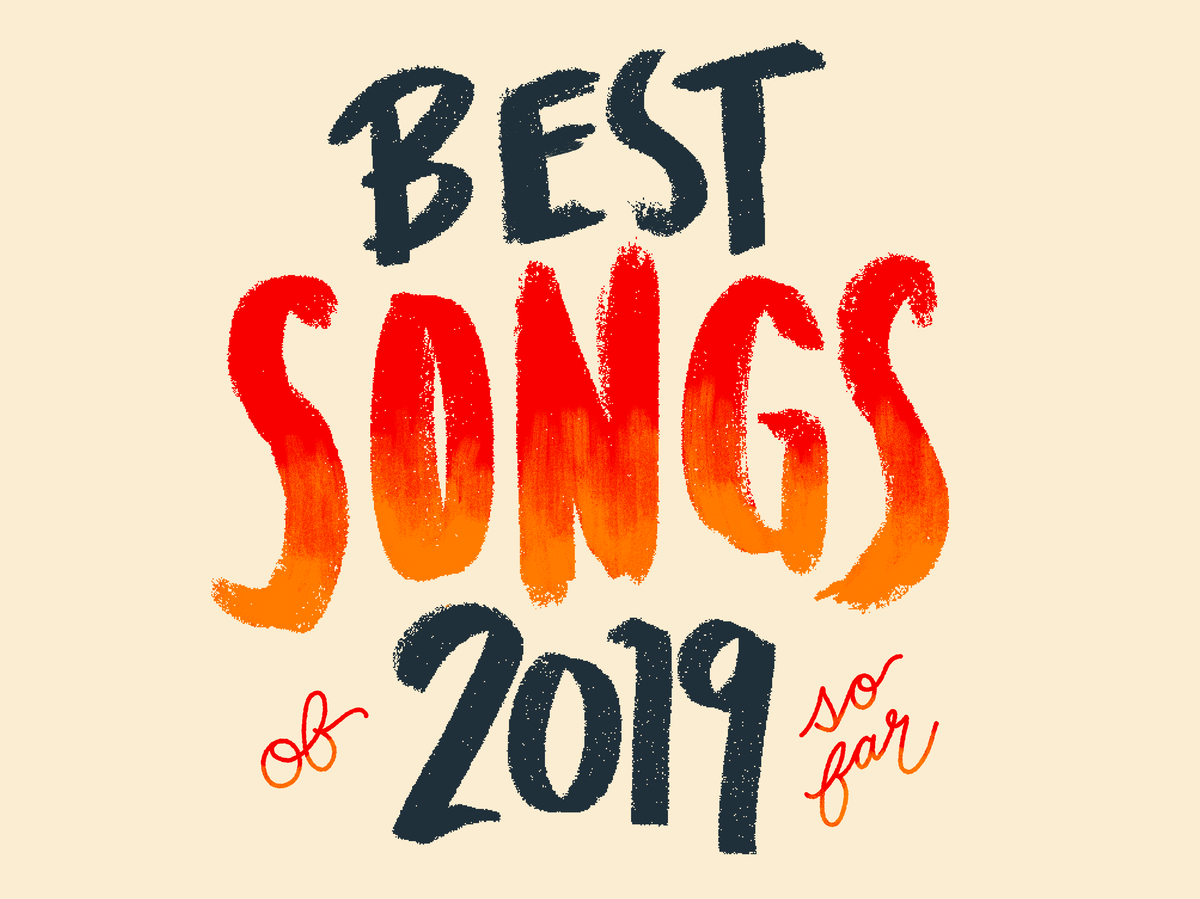 Lizzo's "Juice" drips so much sauce. Charly Bliss channels existential anxiety into synth-pop catharsis. Mdou Moctor's guitar will set you in a trance. There's no one sound to a year, but public radio writers across the country do set their ears to the most essential music. At the year's midway point, we asked them, as we did with albums: What is your favorite song of 2019 so far?

Their answers offer plenty to obsess over, a wildly diverse playlist of deeply personal picks. So here, presented alphabetically, are the No. 1 songs of public radio's hearts, available to stream on Spotify and Apple Music.

Pop has plenty of codependency anthems, but on this floaty R&B bop, Ariana Grande sweetly reminds her boo that a little time apart is healthy. —Nastia Voynovskaya, KQED

Arnetta Johnson emerges from a couple of Beyoncé tours with "Fuller Mind," a well-crafted homage to mentor Tia Fuller, signaling that the Netta-Bop movement has arrived. —J. Michael Harrison, WRTI

Be More Chill Original Broadway Cast, "Michael in the Bathroom"

You know you're an introvert when the few minutes spent in the bathroom at a party is the most relaxed you feel all night. George Salazar's chest-thumping delivery grants that classic neurosis an epic sweep. —Daoud Tyler-Ameen

Bill Callahan, "What Comes After Certainty"

"True love," Bill Callahan sings, "is not magic / It's certainty." What follows, as this song unfurls, is a confiding, digressive reflection on contentment and good fortune — and the ultimate impermanence of both. —Nate Chinen, WBGO

Billie Eilish and her whisper-core brutality cuts through any sweetness the uninitiated could possibly hope to ascribe to her. —Gia DeSantis and Malayna Joy, NV89

Set against an eerily minimal beats-and-synths-in-a-bodybag backdrop, "Bury a Friend" catches the essence of Billie Eilish's art: High-alert anxiety on the outside with heady reflection underneath, linked by an insinuating melody and a bridge Richard Rodgers would admire. —Tom Moon

From the Black Keys' first album in five years, "Lo/Hi" is a straight-up rocker reminiscent of classic T. Rex and Sweet, which is never a bad thing. —Benji McPhail, Colorado Sound

Working with guitarist Simon Jermyn, Caleb Burhans has created a mesmerizing homage to the late singer-songwriter with a groove deep enough to heal the most embattled souls. —Tom Huizenga

On this Dedicated bop, Carly Rae Jepsen demands enthusiasm from an apparently reserved partner. "The Sound" makes an intoxicating bid for confidence in the face of disinterest. —Rosalind Faulkner

There's a real existential anxiety that comes with the uncertainty of toiling without end (and no pension in sight). Which is what makes Eva Hendricks' proclamation, "Sometimes nothing is delicious" so damn resonant. —Lyndsey McKenna

It's not that crankin' bass or that he pokes fun at labels. It's not even the muscle suit. It's that DaBaby pulls this off with such conviction, you couldn't ignore the young CEO if you tried. —Sidney Madden

Denzel Curry dispenses hard-bitten pearls of family wisdom — his father would "only drop jewels" before any fan dropped cheddar — that transform into bruised mantras. —Lars Gotrich

A hugely powerful statement and an artistic leap forward for Gary Clark Jr. Quite simply, it's his most vital work to date. —Russ Borris, WFUV

The Irish four-piece returns from an unexpected and extended hiatus with "Shoulderblades," a song that acts more like a suspension bridge between warring hemispheres of the brain, with Dara Kiely's percussive lyrics skipping overhead like hail. —Andrew Flanagan

Jeff Gorman and Jake Cochran deliver a love song cloaked in straight-ahead rock. With a catchy riff and nostalgic overtones, it's an explosive mission statement from a band that's here to stay. —Desiré Moses, WNRN

J.S. Ondara left Nairobi with no songs, no guitar and no plans besides being like Bob Dylan. From this milieu comes the year's best falsetto. —Phil Jones, WERS