Accessibility links
Best Songs Of 2019 (So Far): Lizzo, Pedro The Lion, Sharon Van Etten There's no one sound to a year, but public radio writers across the country do set their ears to the most essential music. We asked them: What is your favorite song of 2019 so far? 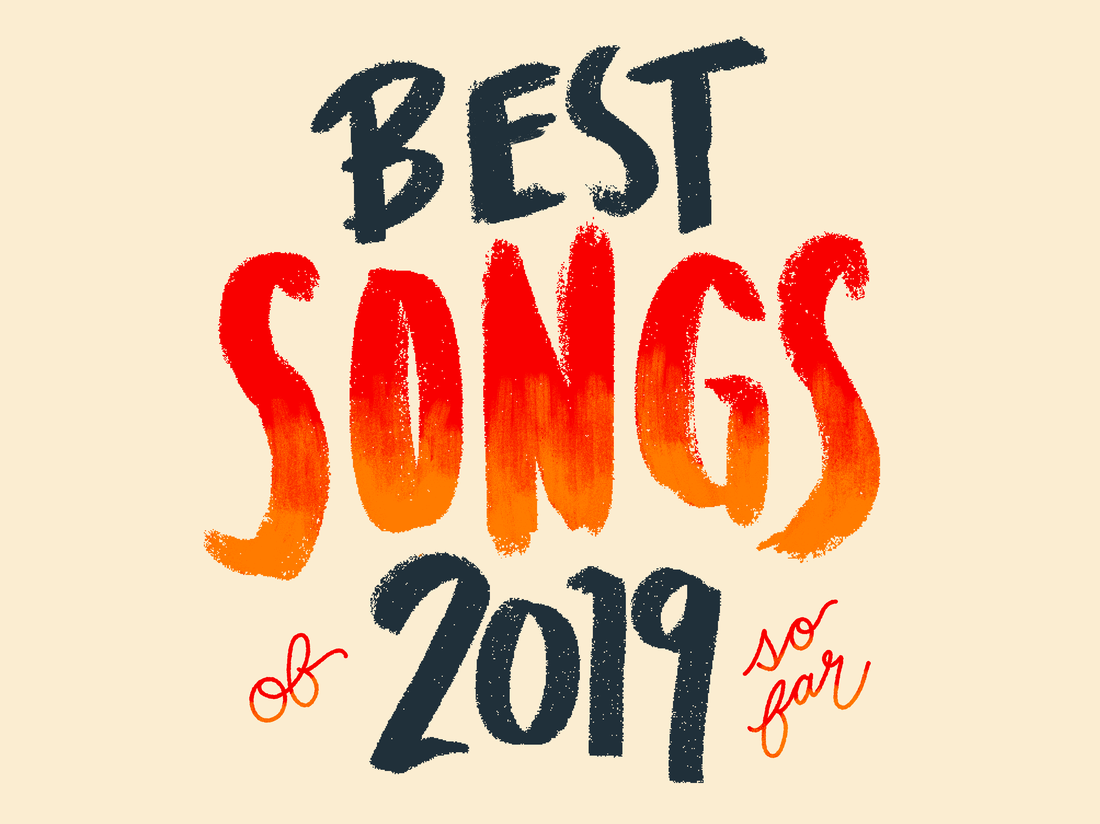 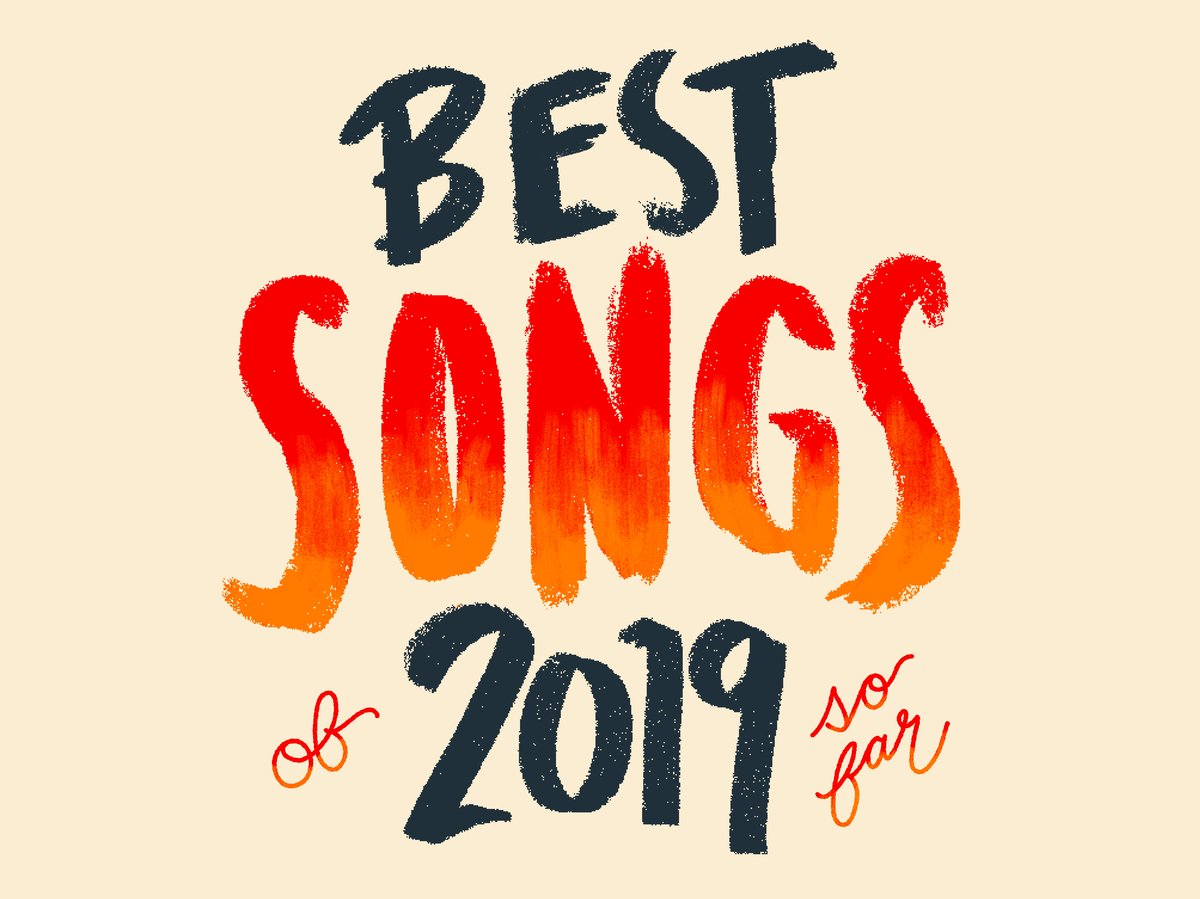 Lizzo's "Juice" drips so much sauce. Charly Bliss channels existential anxiety into synth-pop catharsis. Mdou Moctor's guitar will set you in a trance. There's no one sound to a year, but public radio writers across the country do set their ears to the most essential music. At the year's midway point, we asked them, as we did with albums: What is your favorite song of 2019 so far?

Their answers offer plenty to obsess over, a wildly diverse playlist of deeply personal picks. So here, presented alphabetically, are the No. 1 songs of public radio's hearts, available to stream on Spotify and Apple Music.

Singer and rapper Lizzo is responsible for the banger of the year so far. "Juice" drips with soul, sexiness and high dance floor appeal. —Bruce Warren, WXPN

For over four decades, Rubén Blades' voice has been heard over Afro Caribbean traditions. The socially conscious "No Te Calles" is backed by a burning Latin rock back beat, presenting a possible new avenue for Blades and a pretty rosy future for Making Movies. —Felix Contreras

Mandolin Orange has quietly become one of North Carolina's most significant bands. This is a song that, in particular, will last. It's about grief and the new life that blossoms when the healing begins. —David Brower, WUNC

The sleek, steely, soulful indie band from Beirut returns with a politically charged, dark dance-pop single: one version in Arabic, and the other (for the first time) in English. –Anastasia Tsioulcas

When she sings, "Go tell a bird about the land of the free," we understand that love transcends and makes us transcendent, if we let it. —Kim Ruehl, Folk Alley

Brilliant guitar sounds from the Niger-based Tuareg guitarist. This trance-inducing track sung in Tamajeq is a song of love, tears and longing. —Bob Boilen

In this storm-driven howl of a song evoking Arthur Rimbaud in the Ethiopian desert, the intercontinental punk band proves that its inimitable mix of smarts and catharsis still startles and inspires. —Ann Powers

Payfone, "I Was in New York"

The funkiest bassline of the year belongs to the East London duo of Phil Passera & Chieka Ononye, who channel New York's punk-funk-disco days on this 10-minute slow burn. —Otis Hart

"Quietest Friend" pairs brutal self-examination and regret with a surging storm of guitars in what may be the best song of David Bazan's great career. —Stephen Thompson

A refusal to be silent in the face of patriarchal oppression and a rallying cry for solidarity, "Big Mouth" has played on repeat in my heart this year. —Marissa Lorusso

One of Charlotte's bands to watch, the North Carolina group's debut single takes the isolation-tinged poppiness of The Police's "Message in a Bottle" and transforms it into a rollicking Bloc Party-esque anthem. —Joni Deutsch, WFAE

The music snatched my attention. Her voice pierced my soul. Her pen game has me clutching my pearls. Give Ms. Keable what she wants! —Bobby Carter

The groove hits the listener immediately on this, the first new music from Hiatus Kaiyote in nearly four years. The producer? Shafiq Husayn, who's new record The Loop is packed with gems like this one. —Matt Fleeger, KMHD

Among the riches on her new album is a haunted tome that just won't leave you alone. Sharon Van Etten's emotive voice bears the brunt of this sad and soaring goodbye. –Jeff McCord, KUTX

Ranking among her finest work, the masterful "Seventeen" is a swelling reflection on youth delivered with stunning clarity and radical empathy. —Jacob Webb, KEXP

Snow Tha Product's long reign has her jaja-ing con jota at every monolingual rapper with half her flow. For all us scary Latinas, for all of us from neither (and both) aquí or allá. —Stefanie Fernández

A song so beautiful it'll bring tears to your eyes. New Zealand singer Hollie Fullbrook realizes and reveals the majesty and wonder of life in the simple pages of an architecture book. —Robin Hilton

As Tōth, Alex Toth practices his own magic, leaving us suspended in air with spellbinding vocal harmonies as he sings of his ache for happiness. —Paul Georgoulis

Natalie Mering reminds us that online dating is relentless, our hearts will go on and man's hubris will take us down once again. —Justin Barney, Radio Milwaukee

Houston-bred singer Zacardi Cortez worked his way from a family gospel group to nationally known choirs, and his latest solo track, "You Don't Know," is an inspired contribution to gospel's testifying tradition. His accompanists and listeners alike get swept up in the slow burn of his acrobatic, autobiographical fervor. —Jewly Hight

Zack Fox & Kenny Beats
"Jesus is the One (I Got Depression)"