Accessibility links
Trump Dismisses 'Fake' Polls, But He Could Be Missing A Lesson In Them Polls taken 18 months before an election are not predictive, but they have sent signals that proved helpful when heeded by presidents in the past. 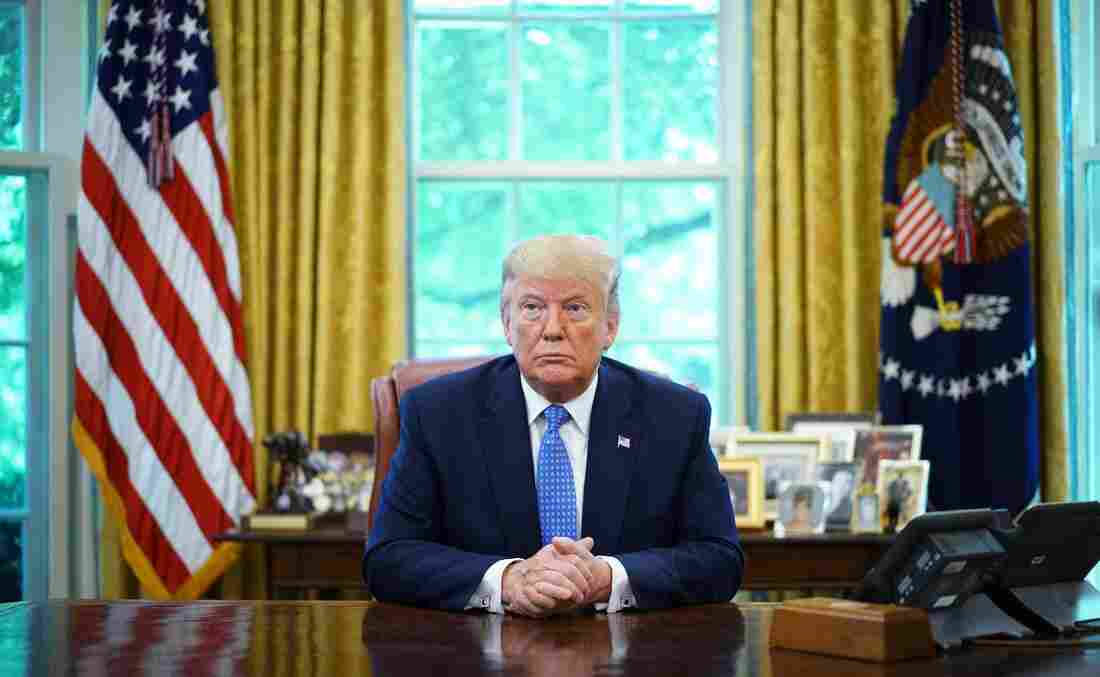 Recent polling puts President Trump behind his Democratic rivals. While he dismisses them as fake news, there may be a lesson to glean from historical presidential polling. Mandel Ngan/AFP/Getty Images hide caption 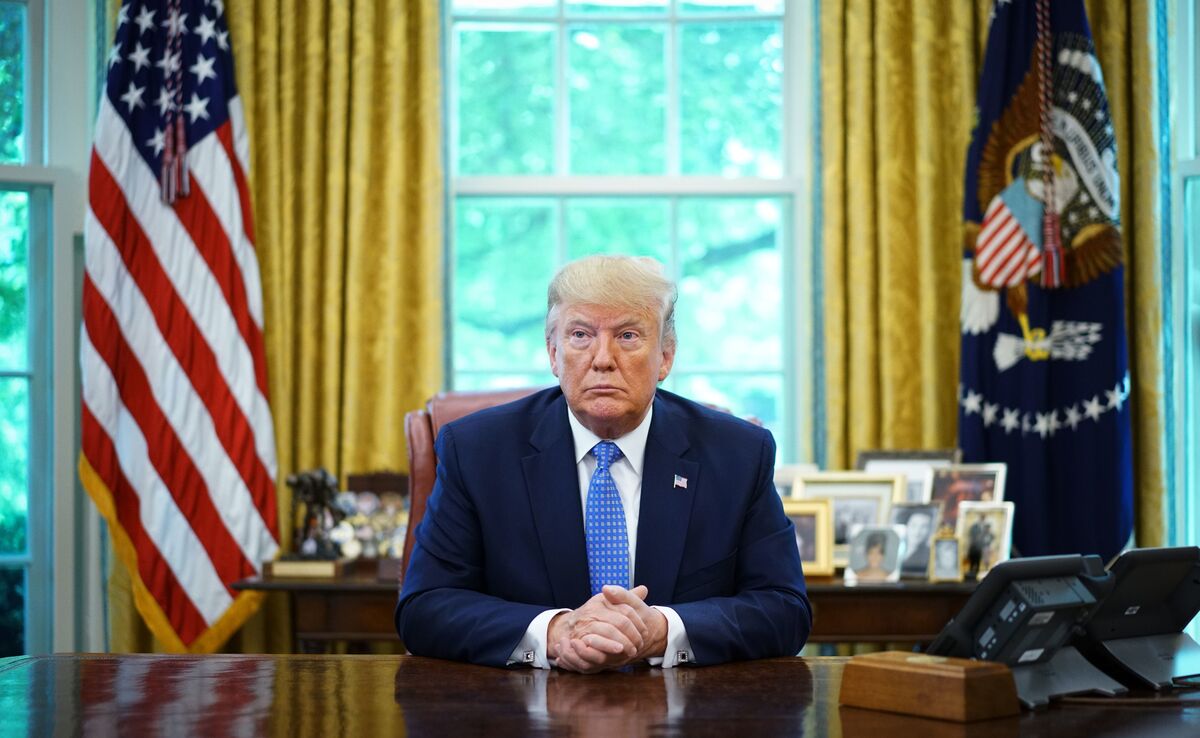 Recent polling puts President Trump behind his Democratic rivals. While he dismisses them as fake news, there may be a lesson to glean from historical presidential polling.

As President Trump attends the G-20 summit in Japan this week, a score of Democrats who want his job are debating in Miami — vying for a nomination that looks increasingly worth having.

Major polls taken in the late spring showed President Trump trailing his top Democratic challengers both nationwide and in key states where the 2020 election will be decided. One recent Fox News poll, for example, showed Trump trailing prospective challengers Joe Biden and Bernie Sanders by 10 and 9 percentage points, respectively.

Weak polling numbers are not a new thing in the Trump presidency. In 2016, polls showed candidate Trump losing right up until the day he was elected. (Cliffhanger wins in several swing states produced his Electoral College majority, even as he lost the national popular vote by nearly 2 percentage points.)

The president has long since made a habit of dismissing polls, or at least those he doesn't like, as one more example of "fake news."

Only Fake Polls show us behind the Motley Crew. We are looking really good, but it is far too early to be focused on that. Much work to do! MAKE AMERICA GREAT AGAIN!

The president's campaign manager has said Trump's numbers have recovered since March and that his "numbers have never been better," although he has yet to release any numbers to back up that assertion.

Poor poll numbers are not unusual for presidents midway through a first term. Three of the past four presidents who won a second term were trailing prospective opponents 18 months before they were reelected.

As NPR's Mara Liasson has noted on Twitter, incumbents who have come back from significant deficits include Ronald Reagan, who won in 49 states against Walter Mondale in 1984. Moreover, the last incumbent president who lost his reelection bid (George H.W. Bush) did so after having been far ahead of the field with 18 months to go.

Polls pertain to a point in time, and their shelf life is short. They have only limited power to predict the future because the events and dynamics of the actual election year always alter the landscape in unforeseeable ways.

So what is the value of a poll taken this far from Election Day? One answer might be found in the examples Liasson cited.

All three of these presidents — Reagan, Bill Clinton and Barack Obama — had suffered substantial setbacks in the midterm elections during their first term. Each was battling emboldened opponents in Congress.

In June of the year preceding their reelection bids, three of the four were "losing" to either a specific opponent from the other party or a generic nominee of the other party.

But all found ways to tack toward the center, accentuate the positive side of their first term and renew their personal bond with the voters who put them in office. All three wound up winning — Reagan in a historic landslide. Clinton and Obama were reelected more narrowly but still had comfortable leads in the Electoral College.

So what happened to the one candidate Liasson cited who had been ahead at a comparable point in time? The first President Bush, flush with success after the quick collapse of the Iraqi army in the Persian Gulf War, seemed almost guaranteed a second term when polls were conducted in June 1991.

Partly as a result, Bush and his team underestimated the challenges and challengers ahead. They were dismissive of intra-party rival Pat Buchanan and independent H. Ross Perot, and untroubled by such upstarts as Clinton, who was then the youthful governor of Arkansas. Worse yet, the Bush team would be slow to react to the recession that overtook the economy that fall.

Battered by Buchanan and Perot and the economy in the early months of 1992, Bush found himself beleaguered and forced to cover his conservative flank. That led to moves such as his veto of the popular Family and Medical Leave Act (which was almost enacted over his veto). All this helped Clinton, who would win the three-way November election against Bush and Perot with just 43% of the popular vote.

Led by the polls

So, early polls cannot "call the race." But they can point a candidacy in a particular direction, right or wrong. They can lead to complacency, or they can offer insight into the state of political opinion and the mix of national sentiments.

Taken seriously, and taken in concert with other sources of intelligence, early polls can act as a corrective for a presidency at risk.

We can read today's polls, then, and ask why Trump is not doing better in the midst of relative peace, low unemployment and interest rates, and a soaring stock market. We can also observe that he loses these hypothetical matchups despite overwhelming approval ratings among Republicans.

Is there something he is doing that keeps his base firm but prevents its expansion? Are there ways the president can alter his approach and keep his friends close, while alienating fewer potential swing voters?

So far, his reelection strategy seems centered on his base and the most provocative issues and behaviors that bind him to it. These include his hard line on immigration, tough talk on trade and bellicose attitude toward foreign adversaries — as well as his confrontational personal style.

Defenders say "it's worked for him so far," and that is true. But if the current polls mean anything, they mean that what has worked for him has limits. The signals are there to be seen.