Accessibility links
For U.S. And China, Stakes Are High In Trump-Xi Trade Talks At G-20 President Trump is due to meet with Chinese leader Xi Jinping this weekend, raising hopes the two leaders might call a truce in their trade war. The White House has downplayed expectations of a deal. 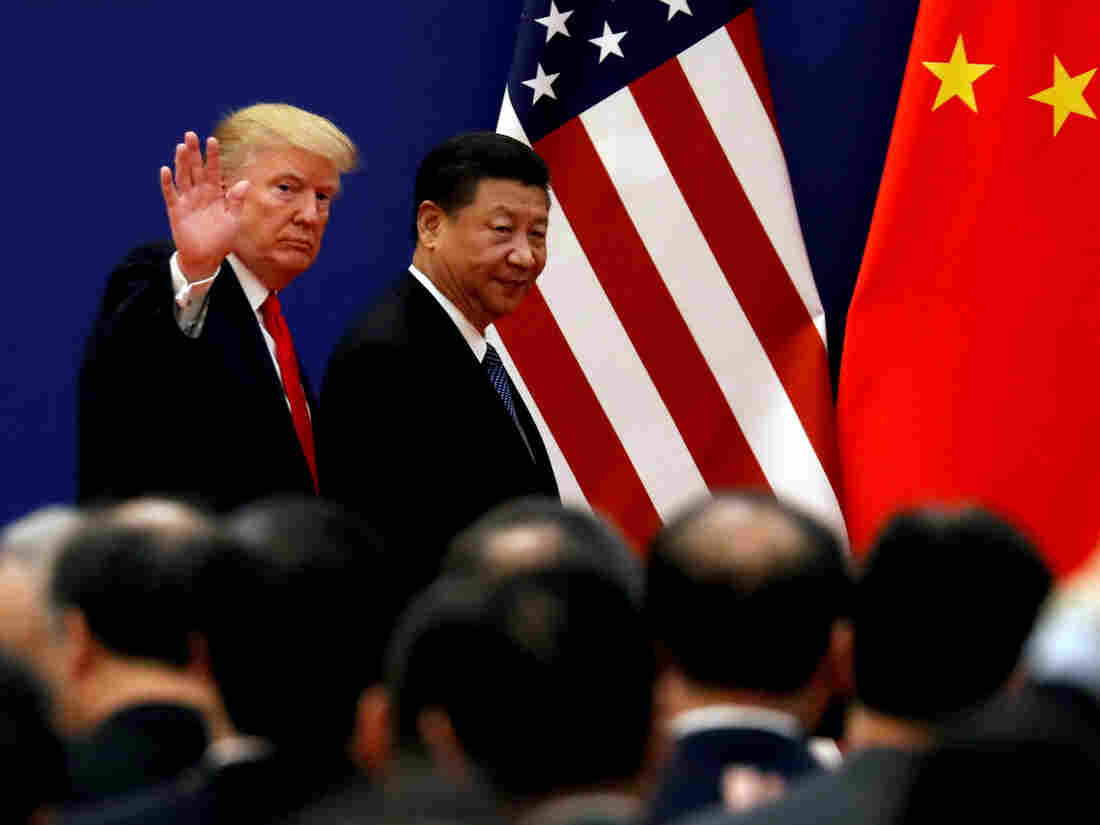 President Trump is due to meet with Chinese leader Xi Jinping in Japan this weekend, raising hopes the two leaders might call a truce in their trade war. The White House has downplayed expectations of a deal. Damir Sagolj/Reuters hide caption 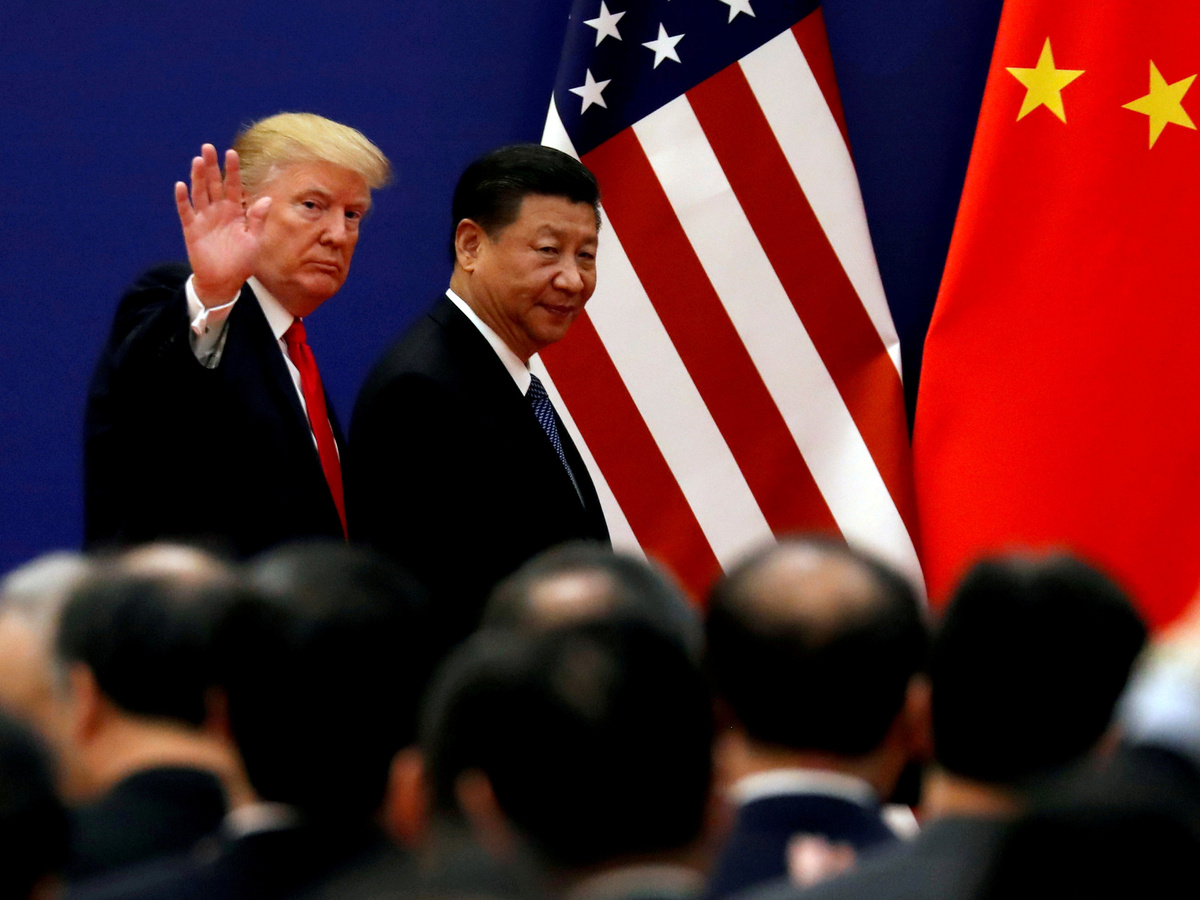 President Trump is due to meet with Chinese leader Xi Jinping in Japan this weekend, raising hopes the two leaders might call a truce in their trade war. The White House has downplayed expectations of a deal.

Summits like the G-20 being held this week in Japan are often a chance for geopolitical speed-dating. President Trump has meetings scheduled with at least eight world leaders over the next three days. None is more consequential than his sit-down Saturday with Chinese President Xi Jinping.

The two big, very different personalities will be jockeying for global power and economic might, with hundreds of billions of dollars in trade on the line.

"They may have an incentive to do a deal and shake hands," said Matthew Goodman, who worked in the Obama and George W. Bush administrations. "I think that's the least likely outcome. The other extreme is that they have a breakdown and they decide they're going to escalate further. That's possible, but I think also not the most likely."

Like many observers, Goodman thinks the likeliest course is a temporary truce that leaves existing tariffs in place, but postpones additional taxes on Chinese imports while the two sides go back to the bargaining table. Although Trump has threatened to impose tariffs on another $300 billion worth of Chinese goods, that would be costly for both countries.

"At the minimum, I think it's in the U.S. interest to hold off on the next round of tariffs," said David Dollar, who studied China at the Treasury Department and the World Bank. Otherwise, he said, "I think that's going to have a fairly serious effect on the U.S. economy and a bad effect on markets."

The stock market rebounded last week when Trump said he'd had a "very good telephone conversation" with Xi. Still, many observers are skeptical the countries can quickly nail down an agreement that would address all of the U.S. concerns around intellectual property protection and China's forced transfer of American know-how.

"I just don't see how that can be negotiated in the next couple of days," Dollar said.

The White House also downplayed expectations for the Xi meeting, saying Trump is comfortable with any outcome.

Ordinarily, the U.S. could expect some support from allies around the G-20 table, many of whom share Washington's concerns about China. But Trump has instead pursued a go-it-alone strategy, simultaneously picking trade fights with Europe, Japan and neighbors in North America.

"What we're doing is we're saying loudly that we're the sheriff and there's a bad guy at the end of street and we're going to get him," said Michael Green of the Center for Strategic and International Studies. "We're calling a posse together, which would be Japan and Europe. And then we're shooting at them."

Far from rallying the international community, Trump often thumbs his nose at it. In fact, it's not clear the president will even go along with the traditional joint statement at the end of the G-20 summit, if other countries insist on including tough warnings about protectionism or the dangers of man-made climate change.

That could be awkward for Japan, which is hosting the summit. Prime Minister Shinzo Abe, who has frequently courted Trump both on and off the golf course, will try to preserve a veneer of international cooperation.

"He wants to have a functional G-20," said Mireya Solis of the Brookings Institution. "But with a very unconventional president and outspoken critic, I think that's going to be an uphill battle."

Abe will hold his own one-on-one meeting with Trump where they are expected to discuss a possible trade agreement between the U.S. and Japan. Trump's withdrawal from a big Asia-Pacific trade pact has left American exporters at a disadvantage in Japan. Trump wants to strike a new bargain, but if that fails, he's held out the threat of steep tariffs on Japanese cars.