Accessibility links
Secrets Kept By The 'Gone Dead' Haunt The Living Chanelle Benz's debut novel follows a woman digging into the death of her father, a celebrated African American writer who abandoned his family — and died in a mysterious accident not long after. 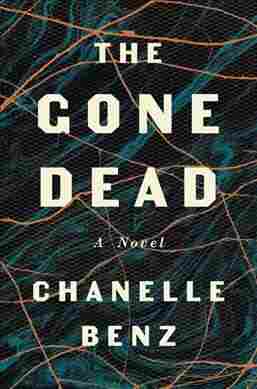 The Mississippi Delta is one of the most beautiful regions of the U.S., but it's also historically been one of the most troubled. Residents of the area — the birthplace of the blues — have had to contend with deeply entrenched racism, poverty and the effects of climate change that have made farming difficult. As one character in Chanelle Benz's The Gone Dead explains, "This is all meant to be a flood plain. The Atchafalaya wants to swallow the Mississippi and the Mississippi wants to join it. So this place is all longing and water and ghosts."

It's the ghosts that interest Benz, the Memphis-based author of the acclaimed 2017 short story collection The Man Who Shot Out My Eye Is Dead. Her debut novel is a powerful look at a region constantly haunted by its past, and the residents who are forced to choose whether to confront it or forget it.

The Gone Dead opens with Billie James, a biracial Philadelphia woman in her mid-thirties, making something of a pilgrimage to Greendale, the poverty-stricken Delta town where her father grew up. Cliff James was a celebrated African American writer who abandoned his family "to become a bachelor poet"; he died while Billie, then just four years old, was visiting him.

Billie has come back to claim an inheritance from her grandmother: a few thousand dollars, a dog named Rufus and a shack where her family once lived, but the town has become unrecognizable to her. "Now the neighborhood looks like everybody left and a few survivors of whatever apocalypse wander out every once in a while down the middle of the road wearing backpacks carrying everything they own."

Billie soon encounters Jerry Hopsen, an old acquaintance of her father, who lets slip that Billie went missing on the night of her father's death, a fact that her mother, who died years before, never told her. (Billie, who was a pre-schooler at the time and understandably traumatized by the experience, has no memories of that night at all.) As she talks to more people in the town, she starts to harbor suspicions about the circumstances of her father's death — the police who investigated ruled it an accident, the result of a fall, but Billie begins to doubt the official story.

She soon starts asking questions of pretty much everyone she meets — an academic working on a biography of her father, a white ex-police officer who's known her family for a long time, and her uncle, who urges her to forget everything she's uncovered and return to Pennsylvania, pleading with Billie, "Just let us old men die." It's not long before she finds her own life in danger, but that only causes her to redouble her efforts to find the truth.

Benz proved herself to be a master storyteller with her short story collection, and that talent is on full display in The Gone Dead. The novel alternates points of view among Billie and the various people she encounters in Greendale, with the supporting characters providing just enough information to drive the plot forward. Benz wisely chooses to parcel out clues to the central mystery sparingly, which keeps the suspense — and the ominous sense of dread — building slowly.

Benz proved herself to be a master storyteller with her short story collection, and that talent is on full display in 'The Gone Dead.'

The storyline is admirably tight, but the plot doesn't come at the expense of the characters, who are each rendered carefully. Billie is a memorable protagonist, stubborn and wary; she's tough, but reluctantly so. The sections that focus on the other characters vary in voice and tone, and Benz does an excellent job detailing their backstories — the result is that the Mississippi Delta itself becomes a character, its story told through the residents who have called it home for decades.

The most impressive part of The Gone Dead is Benz's exploration of the racial dynamics that have roiled the Delta since the 19th century. Early in the book, Billie's cousin asks her, "You're definitely not gonna be living here full-time, right? You don't want to be hanging around with folks still mad they lost the Civil War." Another character warns Billie about her quest to discover the truth about her father's death: "I don't know what they like in Philadelphia, but out here we got uncles whose bodies we still can't find." Benz looks at the racism that has choked the region with a gimlet eye; her exploration of the topic is smart and tough, but never patronizing.

The book ends with a paragraph that's chilling in its accuracy; it forces the reader to confront the power that language holds, no matter how good or bad the intentions behind it. It's a perfect conclusion to an excellent novel from an author who writes with real grace and a wisdom beyond her years.